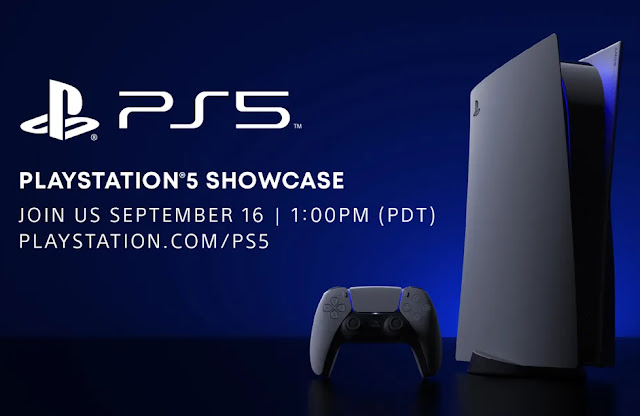 It’s time for another presentation featuring PlayStation 5! We know for sure that this 40-minute video will feature “great games coming… at launch and beyond”, but will Sony use this opportunity to finally announce the next-generation console’s price? I’m not holding my breath, but only time will tell, so let’s get started. First up isn’t anything special, just a montage of various games coming to PS5 – I see Stray! And then the real meat arrives…

I bet you can’t guess what’s up first!

This video is captured on a PC emulating a PS5 experience – which will make sense later on. Shiva? This is Final Fantasy for sure! Also, chocobos are a dead giveaway. Is it for Final Fantasy XIV Online? Is it Final Fantasy XV-2? XVI? Someone give me answers! The game follows a child’s “shield,” sworn to protect him. This video is basically a bunch of sound/video bites that kind of add up to a sum, but any Final Fantasy fan needs to see it anyway.

“The Legacy of Crystals has shaped our history for long enough.” This is the confirmation we all needed: the next mainline game in the series, Final Fantasy XVI is coming. It will undoubtedly be years until we are able to play it, but a taste is great for now. I am suddenly very cool with it being PC footage, because I’m sure it’s so far out anything else wouldn’t make sense right now. There is no release date, no release window, and no surprise from me on that. It will also be released for PC.

Everything from this point on captured via the PlayStation 5.

Miles! I’m always up to see some more Miles. He’s my favourite version of Spider-Man (sorry Peter Parker). It’s Christmas time, snow on the ground and a chill in the air. Miles and his friend (?) are walking through a street fair, leaving footprints behind in the snow. Uh-oh, a Roxxon banner, that can’t be good. The game picks up one year after the end of the first game. Miles’ mom is running for office and holds a rally, and all hell breaks loose. Miles tries to be a peacekeeper, but his effort is in vain. We see lots of in-game battle footage on a bridge, which has very scary consequences as you can imagine. There’s a bus falling off and everything, very Spider-Man. And of course, several trapped people that need rescuing post-bus. I’m actually kind of afraid of bridges, so this is kind of freaking me out. Spider-Man: Miles Morales will be out this coming holiday season.

Do not purchase this game. Period.

Now isn’t the time. It will never be the time again. Sod off. All you need to know is that it set in a world created by a formerly-beloved children’s writer turned left-wing pariah, whose brain should really just shrivel up and shut up. Oh my god I’m so mad. I’m not even naming the game. Or the developer. It should have been cancelled.

Please note, the original version of this section included many, many, many curse words that I have edited out. But they’re still in my brain and may take up residence there.

Well, I was so enraged by that last announcement that I literally saw red for a bit and totally missed what this is at first. It’s dark and rainy and there are a bunch of guns and army people, so let’s be real, I don’t think I missed anything of importance. There’s lots of shooting. And then some shooting while driving, and some explosions for good measure. I’m actually just still complaining about the last game in various places instead of paying attention because my feelings toward it are quite similar to those for the above title that I will never speak the name of. Ever. Anyway, Call of Duty: Black Ops Cold War will be released for PlayStation 5 this holiday season; it will be available on November 13 for PC, PlayStation 4, and Xbox One.

Is this going to get better? We had a great start with the first two titles but then everything fell apart. This is a Capcom title, with dead things, which means Resident Evil, obviously. I care a bit more about this, at least. But only a bit, I’m too wimpy to play horror games these days.

Long ago, a young girl went with her mother to pick berries. The buses were empty, the forest silent. Determined, the child vanished into the trees. The mother cried and cried as she followed her daughter. It seems as though she may still be searching. It’s just a local story, a tale told repeatedly but never verified… right? Resident Evil: Village will launch sometime next year.

We have Egor, a scientist. He made a scientific breakthrough and missed a party with Aleksis, so apparently he needs to die. Don’t worry, so does Aleksis. Two birds, one stone. To break the loop, break the rules, and the clock is ticking. Deathloop is expected to launch in the second quarter of 2021.

Oooh more Capcom! There’s a demon? That’s a dead giveaway for Devil May Cry, no? And of course, it is. There’s lots of slashing action and lightning, some creepy enemies (and others that glow or… ooze?), and of course, flames everywhere. Devil May Cry 5 Special Edition will be available digitally at launch.

Abe finds himself completing his task of saving his people, but his journey has just begun. It’s a platformer for sure, featuring an army of aliens helping our hero. Oddworld: Soulstorm does not have a release date currently available past the initial goal of 2020.

“Gregory, your friends are worried about you. They’re here with me. Please come out. Gregory, I may have lost my temper earlier, it won’t happen again. It’s been such a difficult day, why don’t you come out and play a game?” I don’t know who this voice belongs to but it clearly should not be trusted. A deeper voice tells Gregory to stay still, as she has found them. There are creepy eyes, and cut to black. It’s a Five Nights At Freddy’s sequel, subtitled Security Breach. It has no release date set, but it will be a timed (three-month) console exclusive that launched simultaneously on PC.

This game features some amazing environments right off the bat, which really excites me. It’s like a castle or cathedral, downright gorgeous and dark. The video cuts to gameplay, of presumably a knight in full armour killing… yeah, it looks like the undead. Isn’t it always? Don’t worry, though, he kills living humans too. And giant beasts! This game has everything! It’s not quite my cup of tea, mostly because I bet it’s way too hard for my gentle soul and pained body. But I am so excited for the people that are excited, I know this is big! Demon’s Souls does not have an announced release date, but we do know it will be a console exclusive that will also launch for PC.

Because this presentation needed more shooting and things blowing up, here’s Fortnight! The title will be available at launch.

The PlayStation Plus Collection

Enjoy a selection of defining PS4 games on your PlayStation 5, at launch. There is no other information given. There is a significant number of games involved with the PlayStation Plus Collection, which include (but is not limited to): God of War, Monster Hunter World, Final Fantasy XV, Fallout 4, Mortal Combat X, Uncharted 4: A Thief’s End, Ratchet & Clank, Days Gone, Until Dawn, Detroit: Become Human, Battlefield 1, InFamous Second Son, Batman: Arkham Knight, The Last Guardian, The Last of Us Remastered, Persona 5, and Resident Evil VII: Biohazard. Phew.

The PlayStation 5’s launch date is actually two, depending on location. In the US, Japan, Canada, Mexico, Australia, New Zealand, and South Korea, the console will be released on November 12. The rest of the world, including Europe, will have to wait until November 19. 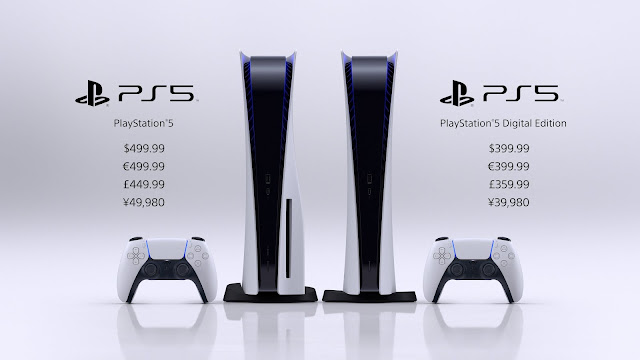 One more quick look? Sure, give it to me! This is only a teaser, so it is quite short… but also quite intriguing. Ragnarok will be released sometime next year. (The individual video wasn’t up at time of publication, but is available towards the end of the entire showcase below.)

The showcase in its entirety

Just in case individual trailers don’t float your boat, here is the entire video (which includes a lot of down time, the actual showcase starts just past the 59-minute mark):

Well, there you have it. Loads of games, some of which are better left forgotten, but others will undoubtedly be amazing. And we finally have conformation on the PlayStation 5’s release date and pricing, which is certainly big news. Until next time!

Super Mario 3D All-Stars: What makes them so playable?