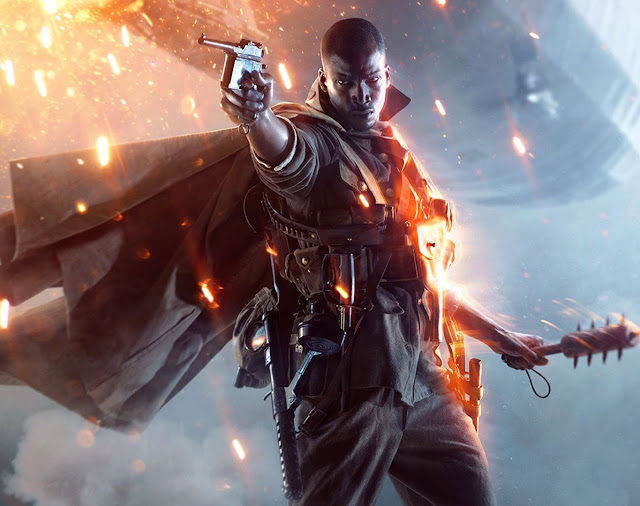 Battlefield 1 is fascinating to me, in large part because the game takes a step into the past with its World War 1 source material and in doing so gives the Battlefield franchise a future full of exciting potential. With excellent multiplayer and a single player mode that actually delivers worthwhile content, Battlefield 1 is the most fun I have had with the FPS genre in a while.

As someone who plays a wide variety of games, including shooters, it is impossible not to draw comparisons to Call of Duty and Battlefield. They are both blockbuster FPS franchises, they tend to have outstanding visuals and sound and they release around the same time of the year (when Battlefield releases, as it is not annualised the way Call of Duty is). The thing is, these two series are really quite different from one another, and I never understood why they seemed to be in direct competition with one another.

Battlefield 1 succeeds in large part because it no longer feels like it is trying to keep up with Call of Duty, but doing its own thing. It helps immensely that after a few years of having the FPS genre flooded with futuristic fire fights, Battlefield 1 takes us all of the way back to World War 1. Don’t get me wrong, I expect I will have fun with Call of Duty later this year, but with so many sci-fi themed releases in a row, that series is starting to blur and blend with one another in my mind. The setting used for Battlefield 1 is a welcome change of pace. 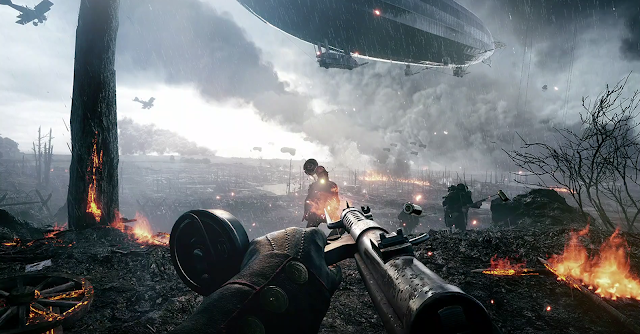 I tend to play the campaign modes before delving into multiplayer. At the very least, they tend to serve as tutorials and help me get a feel for how the game plays, and that remains true here as well. Battlefield 1 teaches you the basics of different weaponry, different vehicles and how to manage and make the most out of secondary devices. Stealth is actually a viable option here, not a mechanic bolted on. The stealth mechanics are not perfect, but they are pretty darned good. I was moving around thick green foliage, darting from tree to rock to trench so I could get the drop on my enemies. Opening fire was also an option, but I preferred to mix and match my tactics. Eventually I was discovered, but by then I had already taken down about half of the enemy base and had a significant advantage.

Having a safe, single player way to discover and perfect these mechanics is a great option, but what truly makes the Battlefield 1 campaign enjoyable is its approach to how it tells its story, or stories to be precise. Instead of following a single ‘super soldier’ through a relatively short campaign that gives you new set pieces and little more, here Battlefield 1 takes you through five different war stories. Each one is broken up into small chapters and allows you to follow a specific character through different scenarios. Through Mud and Blood sees British forces using a Mark V tank that mixes vehicular combat with boots on the ground stealth and combat. At one point you release a bird into the sky to carry orders for help to comrades in a different location. It is an oddly quiet, surreal moment that teaches you simple flight navigation. You don’t wield a gun through this sequence, obviously. Rather, you simply look down at the world tearing itself apart on your way to soldiers who can help your primary characters. It is a strangely quiet, beautiful scene amidst the otherwise dirty, grimy war all around. During this same story campaign I encountered a horse, which I was able to ride and fight from the back of. This was a great warm up for Nothing Is Written, a story set in the Middle East. There, you take on the role of a warrior assisting Lawrence of Arabia as more horseback combat ensues.

The Runner focuses more on the delivery of messages and being fleet of foot while Avanti Savoia sees your Italian mountaineer start off in combat using a massive gun while covered in thick armour – quite the contrast to the pace of The Runner. Last but certainly not least, dog fighting fans will no doubt get a kick out of the aptly named Friends in High Places, which focuses on aerial combat. Not only do these different stories give you a great reason to try out and experience different aspects of Battlefield 1’s gameplay, but it also allows the stories to remain focused. It sometimes amazes me how in other shooters the narrative can feel padded, despite a short running time. Here each campaign takes a couple of hours or so to beat, so in the end the campaign mode probably rings in about a dozen hours. This is certainly better than what many shooters have given us over the years (heck, there are plenty of games like Star Wars Battlefront and Titanfall that did not even bother with a proper single player mode), but what really stood out to me was not just the length, but that the variety really cuts down on padding. The narratives tend to be tight and focused and the experience is better for it. 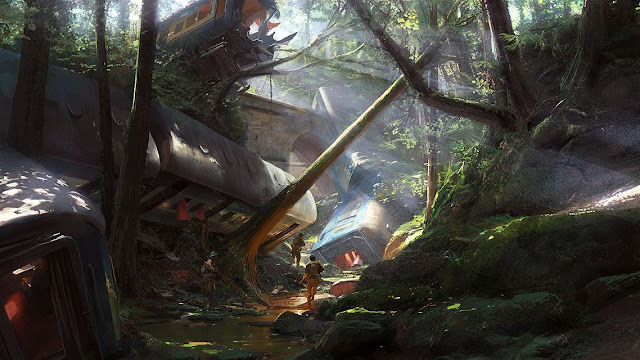 It helps that most of the stories here are less focused on the ‘right or wrong’ of war. In fact, I came out of these stories with the general feeling that every battle was a lose-lose scenario. There is more of a focus on taking care of your comrades than ‘taking out the bad guys’ – because in a war like this everyone suffers. The very introduction and opening sequence was something that really resonated with me. In this sequence, separate from the main war stories, text on the screen beforehand simply explained that those serving on the front lines were not expected to survive. I was then thrust into a fire fight where my comrades were dying around me and there was no truly safe haven. The walls of the dilapidated building were crumbling, being chipped away by gunfire from all sides. I moved from weapon to weapon, trying to hang on. Eventually I was shot down, and the screen grew darker and a name and two dates showed up on the screen: born and deceased. I never got to ‘know’ this character, there was no story about him. Playing him gave me a chance to learn the game’s mechanics but also to try and digest just how many people died.

In the next moment control of my character swept to another part of the battlefield, and I was in control of another character, in another situation. Again there was no discussion of right or wrong, no ideology to be considered. I was shooting at men in a way that introduced me to a different kind of weapon, a slight variant on the prior game mechanics – but as they began to flood my location, I realised that I was going to be killed again. True enough, before long I was sweeping to a different soldier on the battlefield. Another cog in the war machine that was then replaced by another and then another until the scene shifts to two men on the battlefield. They have weapons pointed at one another and for a moment you wonder who is going to shoot first, who is going to perpetuate the madness that is war. They then lower their weapons and come to a silent agreement that with all of this loss of life, neither side truly wins, despite the final outcome, no matter the accords that get signed. Of course the winner of every war says they win, but the men who died in battle lost regardless of the outcome that they never got to experience.

All of these elements come together with excellent voice acting, beautiful visuals and an impressive soundtrack to create a quality single player experience that is too often an afterthought in games of this nature. Battlefield 1 is certainly better for having the experience available. Once you are finished with what the campaign has to offer, you have the part of the game that usually keeps players coming back for more, the multiplayer, and once again Battlefield 1 delivers a solid if not perfect experience. 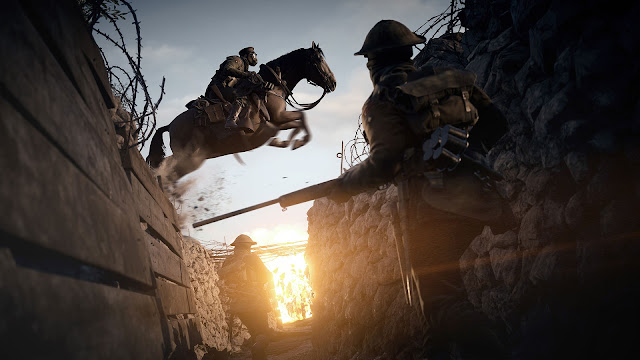 I for one much prefer the ‘boots on the ground’ experience here over the double-jump, wall-running parkour found in so many modern shooters. the maps are more tactical, with a variety of familiar modes. If anything, after seeing so much great work go into the campaign mode, the multiplayer was actually just a little disappointing. Map design could have been stronger, and while weapon variety is still a strong point, there are still some balance issues. Long ranged units have a nice upper hand most of the time (which suits me as I like playing as a sniper), but bullet drop and distance were not enough to make it feel like a fair fight as I picked off several soldiers in a row before getting taken down myself. Also, the maps have a few too many empty sections where a lot of running is required after respawning (unless you have a vehicle handy), and it seems like the action is just entirely too far away.

Thankfully the combat itself works really well. The weapons while not all created equal, have a lot of interesting aspects to them. There is a weight and heft to them lacking in so many of these modernised sci-fi shooters. Obviously the destructible environments are again a perk. It is easy as a sniper to think that the windmill you are on is a safe, high vantage point. At least until the AI in the campaign or your human opponents start sending rockets your way, crumbling the structure all around you. I like that ducking for cover still never feels completely safe, and that is how a game like this should be. With all of these guns, with the knowledge that soldiers died so readily during World War 1, the primary feeling should be one of not being safe, and never being at ease. Even though there is no narrative to the multiplayer to speak of, that atmosphere carries over quite nicely from the campaign.

Battlefield 1 is the best release the series has seen in some time, and because it no longer is trying to measure itself up against other shooters like Call of Duty, the game itself winds up better for it. The campaign is actually worth experiencing for a change and the multiplayer will no doubt keep fans of the formula coming back for some time. The historical scenario is a refreshing change of pace from far too many other shooters that insist on science fiction settings, rounding out an excellent overall package for FPS fans.

DigitallyDownloaded.net is no longer covering Bethesda