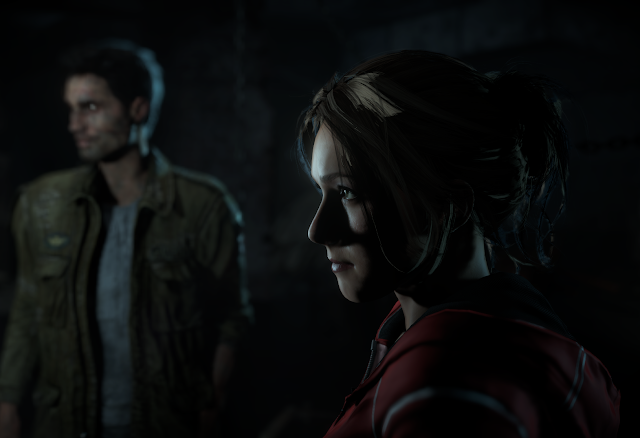 As I commented in my hands-on preview of Until Dawn a couple of weeks ago, it genuinely surprises me that game developers so rarely tackle the teen slasher horror genre as a subject. We all know the industry’s love of zombies, but as fun as that horror can be, there’s something far more intense about a good slasher that always struck me as something I would like to see more of in interactive form.

Until Dawn almost nails it. The team at Supermassive Games come closer to properly capturing the theme, aesthetic, and atmosphere of a slasher horror film than anyone who has previously attempted it, and while it’s not perfect, it’s a noble attempt that’s worth a look.

Slasher horror is a smarter narrative genre than most people give it credit for. While, yes, it features big, hulking monsters running around sticking sharp things into stupid teenagers until they are dead, it’s also a genre that is a fascinating deconstruction of societal anxieties around the transgressive behaviour of youth culture. The horror genre is one that always plays off a culture’s dominant social fears at the time. The gothic from a couple of centuries ago was a response to fears of Godlessness or heresy. Horror’s love of aliens and science fiction from the early 20th Century was a response to the fear that people had of scientific advancement and the potential that if we can do space flight, so too can stuff in the vast unknown out there. 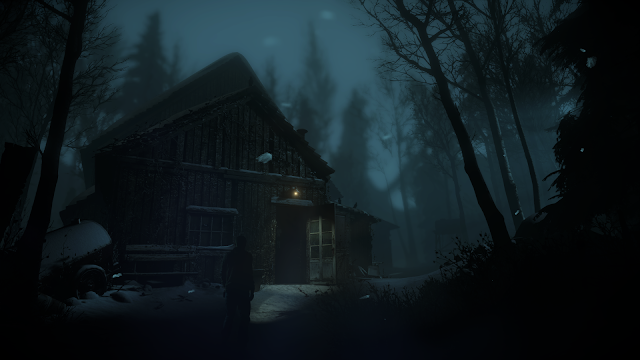 And then there is the slasher horror, which enjoyed its strongest run in the 70s – 90s, before slowly abating. That horror was a response a fear of the newfound sexual and social liberation that teenagers were experimenting with at the time, and the perception that adults could no longer control them. The monsters in these films were as a consequence metaphor for primal forces of punishment, and that is why you always knew when watching a slasher film that if a couple jumped into bed together they were due for execution next, and the guy that smokes weed at the start of the film is not going to survive to see the end. The odd sense of morality play within the typical slasher film (or the argument that the establishment – the monster – was the universal evil, depending on your perspective) is why the virginal teenager is always going to be the one that survives.

And on cue the modern society, which is becoming more accepting of teenage sexuality, no longer sees a role for the traditional slasher horror film. Instead it has morphed into a new range of horror sub-genres, such as the goreporn films like Hostel, Wolf Creek and Saw. These films aren’t so concerned about punishing sexual activity, but certainly have their own moral concerns – Hostel is a reaction against unhinged capitalism. Saw is a broad criticism against the decadence of modern life.

Until Dawn sits somewhere between a classical slasher horror film and the more modern goreporn sub-genre. While it positions itself as the former – in that a bunch of teens are off to a remote cabin where they’re planning on doing all kinds of nasty things to one another in the bedroom, and there just happens to be a guy with a sharp knife hanging around – in practice it’s not particularly concerned with those themes that inspired it. The narrative is more concerned with exploring a more general theme of choice and consequence in general. The explicit references to the butterfly effect at the start make this clear. Time and time again it throws players in a situation where, to quote Willem Dafoe in Spiderman “some lunatic will come along with a sadistic choice.” 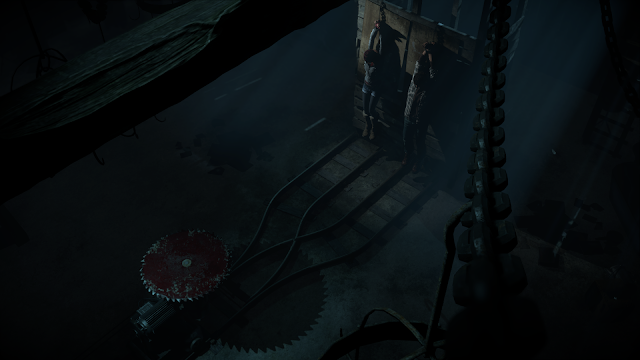 The game plays like a Telltale Games title with a more comprehensive decision tree; for the most part you’ll be in control of one of the teenagers as they move from one location to the next, following the story via extended and frequent cut scenes (many of which involve QTEs). Frequently, though, you’ll need to make a binary “yes/no” style choice based on how that character should react to a situation. The effects that these choices have will cascade through the narrative through to the end. Impacts can have immediate consequence, or alternatively they might be subtle, with no real way to know how that will play out in the immediate or long term. Each character has a relationship rating with each other character, and these sliders adjust on the go as players make decisions. Additionally, each character has personal attributes that can also be affected by the decisions you make.

Those decisions then affect who dies, who lives, and which of the dozens of endings you wind up with. It is apparently possible to save each character in the game, though without giving spoilers I have absolutely no idea how that could possibly be the case. Regardless, the developers clearly intended for this game to be played through multiple times, though the impact of the narrative is greatly dampened after the first play through.

Oddly enough for a genre that is so characterised by nearly-amateur performances in film, Until Dawn is one of the better acted games we’ve seen in recent years. Peter Stormare really shines as the creepiest psychiatrist you’ll ever come across, in a series of vignettes that are cut away from the main plot in which he interrogates you over your fears – fears that start to fill the room and have an impact on the main game. Hayden Panettiere was also an inspired choice to lead the cast of teenagers, as she is the very vision of what a slasher horror heroine/ victim should look like. The motion capture efforts here work, while not as technically impressive as what someone like David Cage achieves, is quality nonetheless, and lends the game a very necessary cinematic edge. 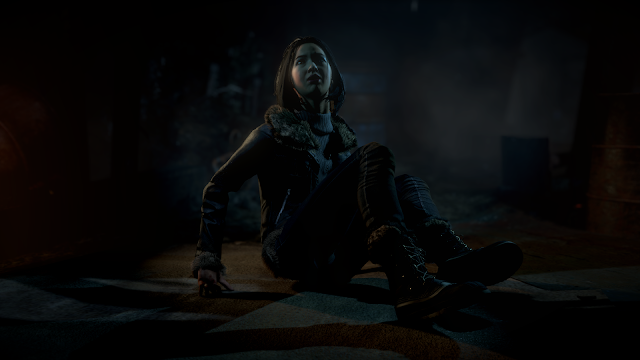 Even the QTEs in this one are bearable, because they make good use of the overarching theme of choice and consequence. When the action picks up, you’ll often come to choices about which path to take – typically one path is faster but more dangerous, and the other is safer but slower. Do you risk the faster path, knowing you’ll need to “play” better and respond to button prompts quicker or face more dire consequences? I know that QTEs don’t have the best reputation out there and people would rather have direct control over the action itself, but in instances such as this it works, as it keeps with the narrative theming of the game, while also keeping the experience from feeling too non-interactive.

Jump scares aplenty aside, I don’t think Until Dawn is too horrific. It has an almost shockingly-long set up, which very little actual scary stuff happening for the first couple of hours, and I found this set up to be impressively brave on the part of Supermassive Games, given it might turn people off before it even gets starting. The impact of the first genuine horror moment is also intensified by that slow, deliberate build up.

But Until Dawn is also a textbook example of why the length of games can be a problem. Spend too long throwing horror at a player, and eventually they become quite desensitised to it all. The best genuine horror games – the early Silent Hills, Clock Tower, Fatal Frame, Amnesia – can all be completed really quite quickly (barely an hour in some cases), and that is deliberate so that players don’t have the opportunity to get “used” to what they are experiencing. But Until Dawn is a longer game. It’s more wordy, the pacing of movement is slower, exploration more deliberate. This works towards providing players with a meatier experience, and I suspect that was a checkbox mandate from Sony for a blockbuster game that lacks multiplayer, but it’s hard to shake the impression that Until Dawn hurts itself via fear dilution. 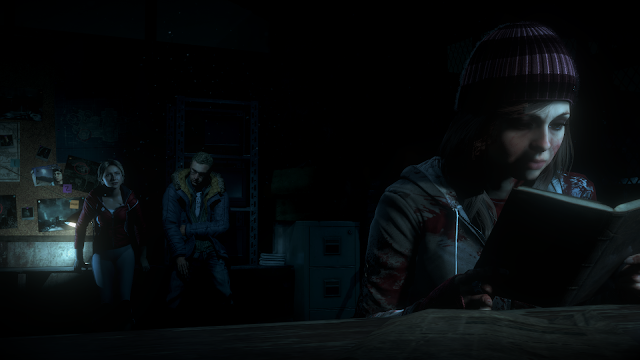 Related reading: Another essential adventure game about the butterfly effect and choice is Life is Strange. Matt’s full review of the first chapter.

We’re just getting to the point now where horror games can be cinematic, and the sooner the games industry notices that horror films tend to be the short ones, the better. Until Dawn is a very, very fine game, with a quality, intriguing, and intelligent narrative rolled around the concept of player choice. It’s also another example of why Sony is the best blockbuster publisher out there because it’s happy to do stuff that breaks away from the safe conventions of expensive games. It’s not perfect, but it, along with Bloodborne and Everybody’s Gone to the Rapture, are of a high enough standard as PlayStation 4 exclusive content that there is no excuse not to own the console now, even if you are only going to buy into it for the exclusives.