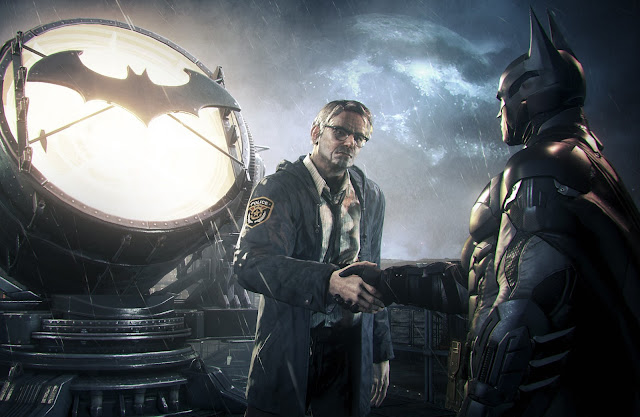 The prior two Arkham games were tremendous successes and they were among my favourite titles on the last generation of game consoles. Rocksteady Studios had a mountain of excitement built up for the final game in the series, which almost always guarantees tremendous sales but also the potential for letting your fans down due to overwhelming expectations. Thankfully the team has managed to avoid getting crushed by the weight of those expectations and delivered an exciting experience that succeeds more often than not.

Just as the scope of the game expanded moving from Arkham Asylum to Arkham City, once again Batman’s adventures provide the caped crusader an even larger playing field – Gotham City itself. The story gets off to a fascinating start with the burning of Joker’s body and the reintroduction of Scarecrow as Gotham’s new greatest threat. The story begins with a bang, placing you in the role of a relatively ordinary citizen who soon gets swept up in extraordinary events.

This tactic makes the threat of the story very real right out of the gates and sets the stage for Batman to once again save the city that has come to rely on him. Starting off on a high perch overlooking Gotham City, your first order of business with Batman is to descend to the city below and traverse to the origin of the Bat Signal so you can converse with Commissioner Gordon. With numerous checkpoints and constant saving, Batman: Arkham Knight’s learning curve is very appealing. It more often than not gives you hands-on teaching that is woven into the current storyline or objective. However, there are plenty of opportunities to delve further into the mechanics via training challenges along the way and the ability to show hints on the screen. 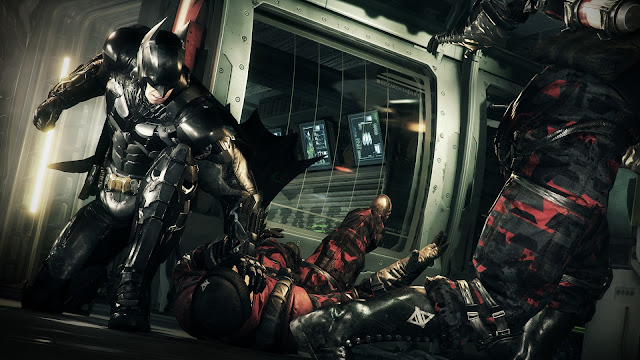 Those hints certainly do come in handy, as there is a lot to take in. At its core, the Arkham games have almost always been a blend of traversing the environments, fluid combo-heavy combat and stealth elements. These are still the core principles behind Arkham Knight, but they have been expanded on just as the playing field itself has been. Upgradeable RPG elements give you a reason to earn experience and complete missions so Batman can unlock new combat techniques, gadget improvements, better armour and upgrades for the Batmobile.

That is right – we have access to the Batmobile. In the prior games, a lot of the gadgets and vehicles made guest appearances for specific scenes, but here the Batmobile is a bigger part of the game – both for better and for worse. It makes for a great way to traverse Gotham City, making the city itself feel expansive yet accessible. It also plays into many of the game’s puzzle elements nicely while providing another area to sink Batman’s earned experience points into. It is fitting that we finally gain access to Batman’s most notable gadget during the grand finale.

Unfortunately there are some issues here as well. For one, the Batmobile controls take a lot of getting used to. The storyline leaves Gotham City mostly abandoned by its good citizens, which is probably for the best since I am quite certain I would have reduced the population by more than half with my questionable driving skills. Add to it vehicular combat, chase scenes and timed races/puzzles involving the Batmobile, and the less-than-intuitive controls certainly had me frustrated more than a few times. Thankfully they can be learned and by the end of the game I was cruising through Gotham with ridiculous efficiency. 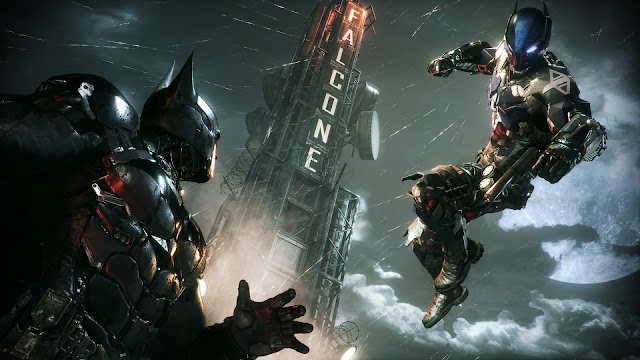 The other problem with the Batmobile is that it gets crammed down your throat at times. One of the best decisions Arkham Knight made was allowing Batman to summon the Batmobile to his location. One of the most frustrating aspects of the game is when you realise that the Batmobile cannot reach your location because you went too far on foot/through the air, and now you have to go back and get it. Why? Because quite often there are challenges and puzzles that require Batman to use his armoured, tricked out vehicle to proceed. The first couple of times I ran into puzzles like this, they struck me as clever. After a dozen or so, I was somewhat more annoyed that I needed the car instead of simply having it as a travel option.

The sometimes finicky controls do not start and end with the Batmobile either. There are some puzzles later in the game that require precision flight/gliding (as the Riddler points out, Batman is more like a squirrel in that he glides, rather than actually flying like a bat would) that forced me to try over and over again. The generous checkpoints allowed me to keep my sanity at least, as it was usually only a matter of backtracking a handful of seconds, but these moments were frustrating nonetheless.

This however, is where most (not all, I have one more quick critique in a bit) of my complaints come to an end. The storyline is absolutely entertaining, with outstanding use of characters from the Batman universe. Outside of the obvious enemies and allies, there are numerous nods to other parts of the DC world that left me wondering what Rocksteady Studios could do with other DC properties. It was impossible not to wonder what a Superman game might look like after hearing that Lex Luthor had been leaving messages for Bruce Wayne to return about some company buyout options. There is entirely too much potential spoiler territory for me to trip over here if I go into any kind of detail, but this was my favourite narrative from the Arkham games to date. 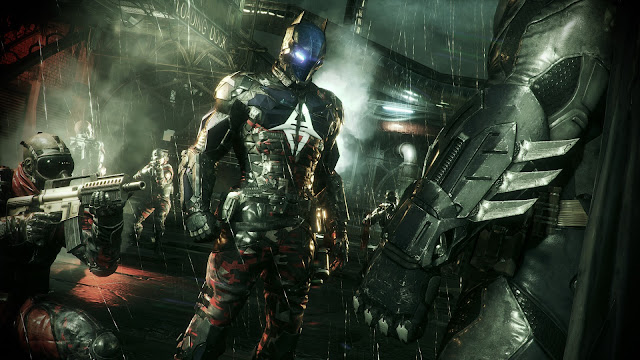 There is a great deal to do while cruising or gliding around Gotham as well, reminding me of the open world fun to be found in games like Infamous, where there always seems to be something to do. Arkham Knight has a meaty storyline, but the numerous side quests are worth making note of as well. This combined with the upgrade trees in the menu should provide dozens of hours of play for completionists. The same approach to combat and problem-solving holds up from the earlier titles as well. Many battles can be taken head-on, while others require a bit more stealth and finesse.

My one last quibble is a bit more of a thematic one with the use or perhaps misuse of some of the female characters in the game. While I enjoyed the primary story a great deal, three notable females in Arkham Knight were reduced to little more than motivation for Batman. I usually do not get hung up on things like this, but the damsel in distress theme was a little more prevalent than I would have liked, especially given the strong personalities of the women involved. I am well aware that this is not an uncommon theme in the comics and the stories around it were all handled well enough – but even Catwoman seemed to get it when she quipped that her involvement was little more than to serve as Batman’s motivation. The puzzles and scenes involving her were all quite interesting, but the premise behind her capture and then use were underwhelming.

Despite some questionable use of characters, the narrative in Batman: Arkam Knight is engrossing. The city of Gotham is appropriately sprawling with a great deal to do. Combat is smooth and fluid, even if driving the Batmobile is not, and there are several good hooks for progressing Batman’s character that reward you for the time invested in the game. The voice acting, music and visuals are all outstanding and the end result is a fun, polished final act for Rocksteady’s Arkham games that fans of the series will absolutely want to play.

Interview: League of Geeks founder on Armello, Australia, and working with Sony