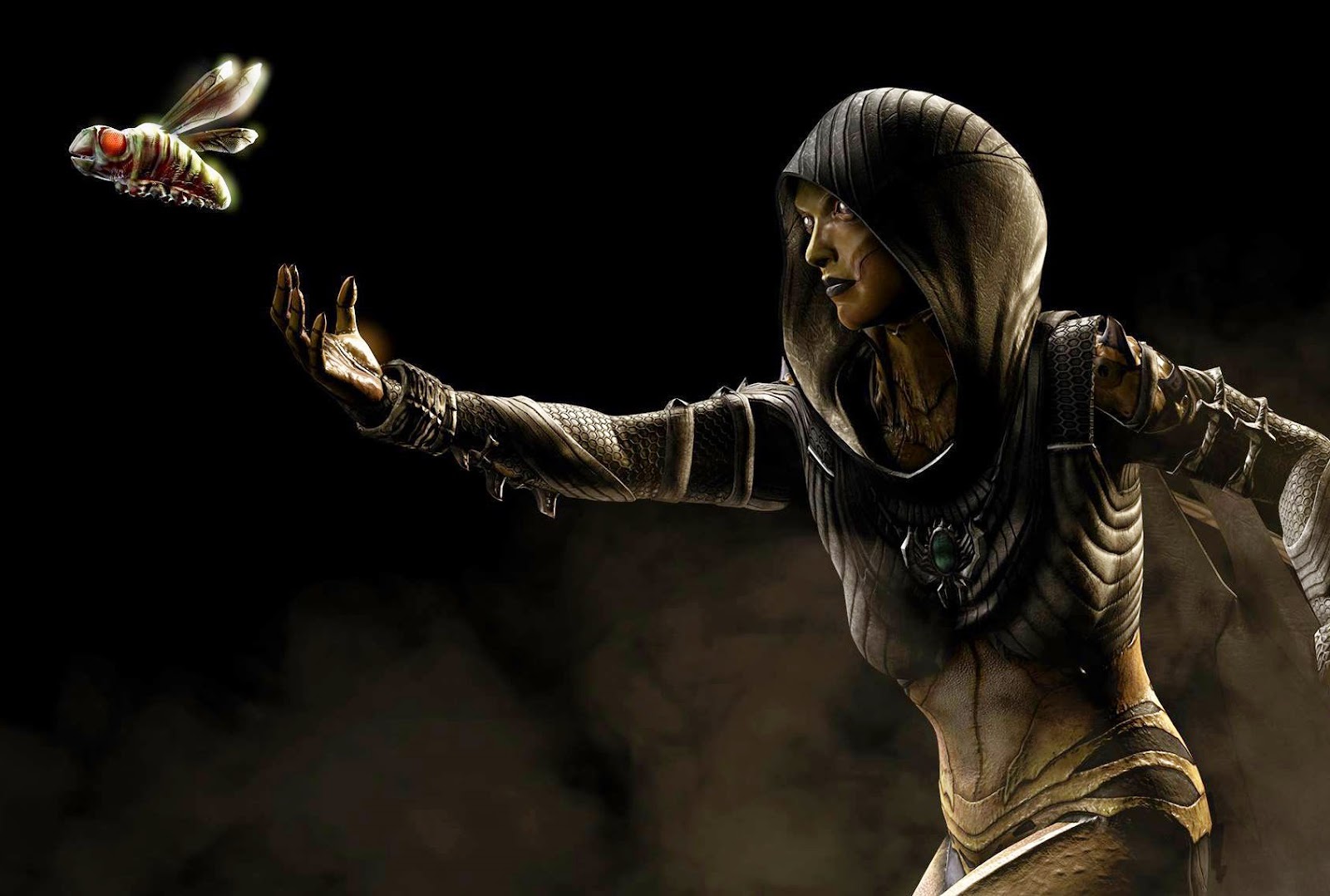 Cassie Cage, a new fighter in the Mortal Kombat ring and the daughter of Sonya Blade and Johnny Cage (surely Sonya could have done better for herself), has a move where she punches a guy between the legs so hard that his testicles explode. And Mortal Kombat X is kind enough to show you that move in slow motion X-ray so you can witness it in all its glory.

Related reading: You might want to consider an arcade stick to really get the full fighting game experience.

If you’re anything like me, you’ll see that, wince, and wonder how the guy gets back up and keeps fighting after that. The same move sees Cassie shoot bullets into the guy’s eye sockets, but frankly that’s nothing like having your balls punched so hard they explode.

I apologise if that sounds a bit crass, but that’s Mortal Kombat X. Those X-ray moves were in the previous game, and you would indeed see bones crunching and breaking, but the additional development time that the developers have had with this system has meant that the moves are more painfully brutal than ever before. Kids – stop reading this review because you shouldn’t be allowed to play this game. Parents – don’t allow your kids to play this game. It redefines completely where violence in games can go, and it’s sickeningly beautiful at it. 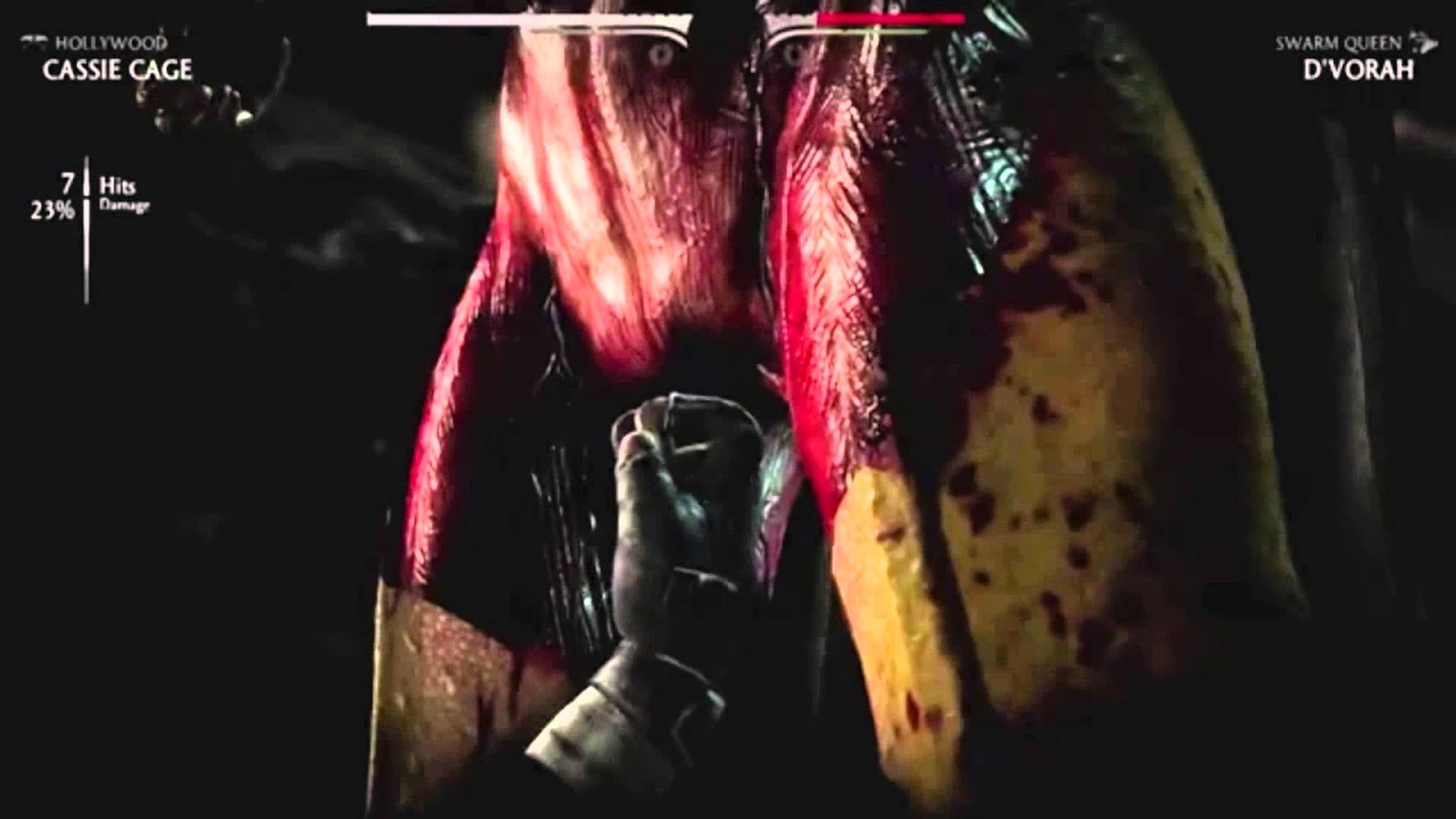 The macabre, modern gothic horror overtones that have always provided the thematic grounding of Mortal Kombat are more appropriate here than they have ever been before. Like one of Eli Roth’s masterpieces (Hostel, Cabin Fever) or the Saw series, Mortal Kombat X is pure goreporn. It fetishises bloodletting and elevates the act of dishing out pain to sadism in its most pure sense. Extreme violence is presented as a reward for good play in this game, with the aforementioned ball busting move the result of carefully building up a “super” meter. And then, of course, are the fatalities, which were always gruesome, but aided by the power of the PlayStation 4, they are elevated to an entirely new level here. Those require learning button inputs and mastering the timing to execute them. Progress in Mortal Kombat X, in other words, is marked by your ability to inflict ever more extreme pain on the other player. It’s almost elegant in just how far it takes this idea, but at the same time it’s nasty stuff.

The horror genre has always had a grisly sense of eroticism and acts as a foil to sexuality, because horror is at its core a primal response to a fear of sexuality that has been coded into our DNA across centuries of religious preaching and conservative cultural development. That theme was there right back at the genesis of the genre; for example, Bram Stoker wrote Dracula as an outlet for his sexual awkwardness and, potentially, the homoeroticism that he felt toward actor, Henry Irving, whom he was employed as a personal assistant to. And the relationship between sex and horror remains relevant today. Even teen slasher films such as Halloween and Friday the 13th, dumb as people make them out to be, maintain this theme, with the silent masked evil acting as an angel of punishment towards transgressive teens – including those that engage in sexual activity.

‘Sadism’ itself comes from the Marquis De Sade, whose writings were characterised as such not just because of their extreme violence, but explicitly from the sexual gratification of inflicting violence. And this is where goreporn and films like Hostel and Saw come in: they explore (in explicit detail) that link between violence and sexuality. The idea is that audiences will be repulsed by the gore, but also transfixed to it and stimulated by it. It’s a genre of visceral extremes, a Foucaultian style transgression of limits and sensory experiences, and through that we learn something very raw about ourselves, and the culture that we exist within. Mortal Kombat X is very much in that vein, but in many ways it’s an even more perfect example of it, because in a game we’re in control and so we can be part of that sensory experience. The violence has greater impact when it comes from us. The sadism is more pure. The horror more real. For years this has been what the Mortal Kombat franchise has promised, but it is only with the graphical and technical capabilities that this new hardware offers that the development team have been able to make these themes explicitly clear. The exploding balls seal the deal. 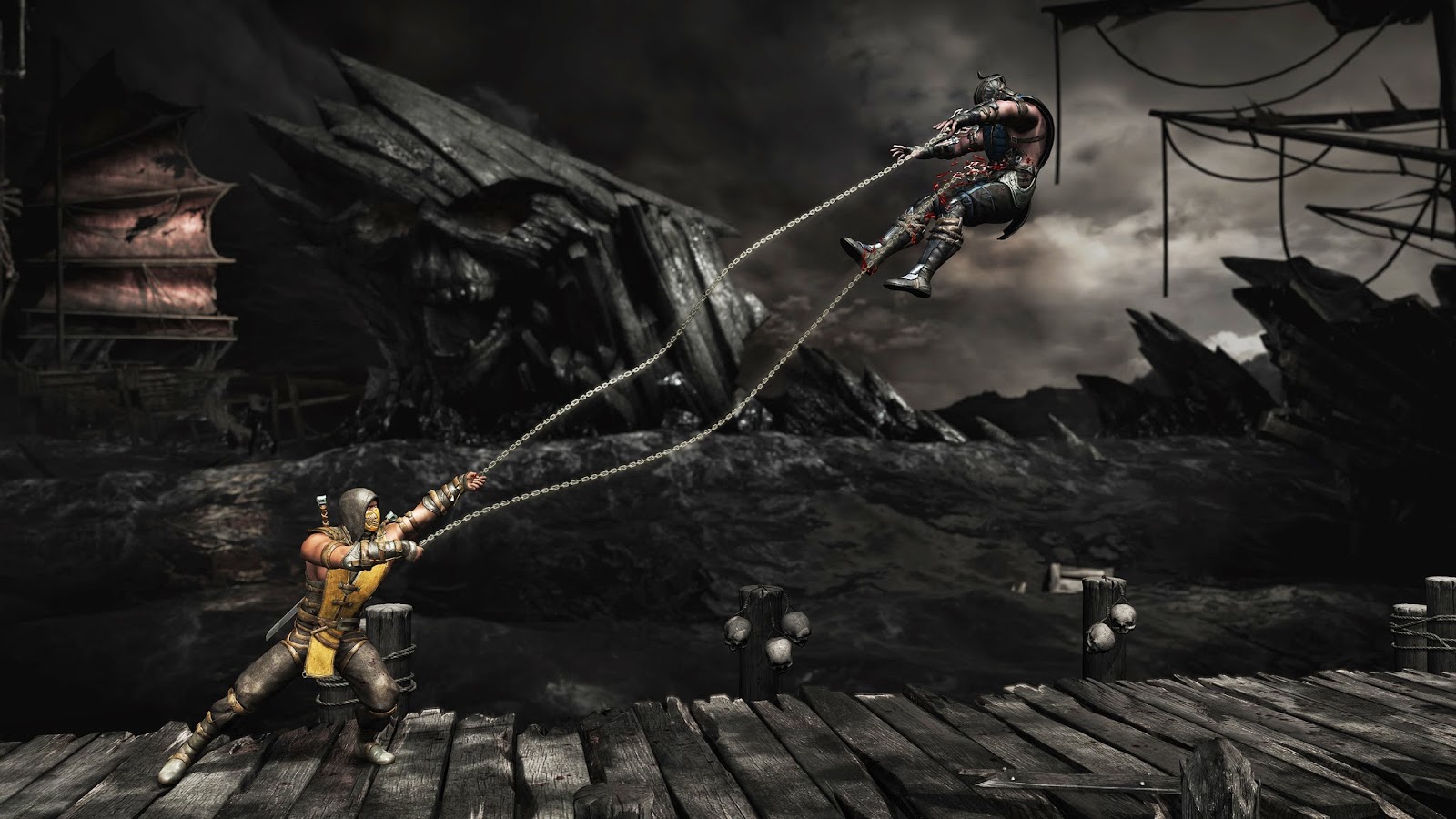 In that context it is incredibly strange to me that the story mode of the game is something blockbuster by way of Michael Bay. I appreciate the effort that has gone into creating a lengthy narrative that makes sense, as the developer was able to do so successfully previously with Injustice, but it’s an utter thematic misfire, focused more on quick time events, explosions, and angry faces than the goreporn horror subtext that is meant to characterise the game. Yes, that’s right. I’m actually suggesting that the exploding balls game doesn’t go dark, nasty, violent, or horrific enough in its story mode.

It’s at this point that I wish that this wasn’t a major franchise for a major game publisher, because that’s killing the development team’s ability to go quite as transgressive as they would clearly like to. There’s a Hollywood sheen to the presentation that doesn’t always gel with the fundamental mechanics, gore, and theme, and that’s the most disappointing thing about the entire game package.

But it does play well. Moving back to 2D combat was the best move for Mortal Kombat after some clunky efforts at 3D play from a couple of generations ago, as it has allowed the team to focus on linear combos and giving the attacks a brutal characterisation behind them. It remains a very accessible fighting game, with relatively small move lists for each character, though at the start of each battle it’s possible to select from three different “stances”, which effectively means that each character is three different play styles in one. 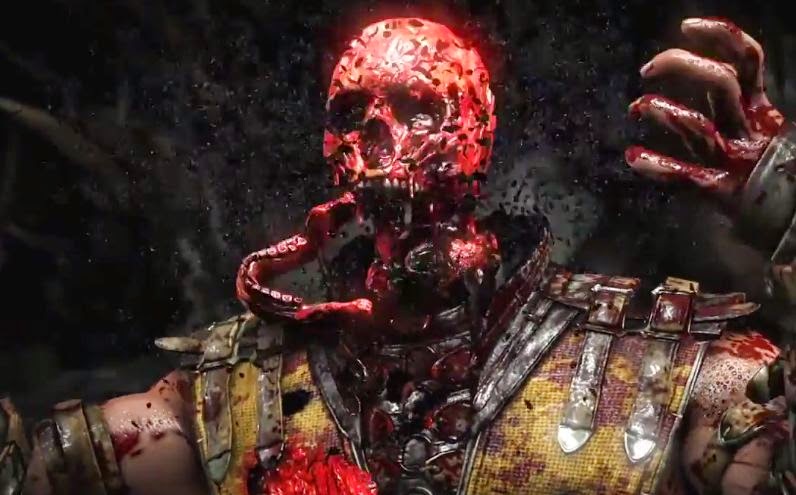 Balancing is good, though it won’t take long for each player to find their favourites. I personally became accustomed to Cassie quickly. Partly because I didn’t want to be on the receiving end of the ball busting move, but also because she’s quick and her attacks have good flow to them. I found the bigger, heavier characters to be almost unmanageable in how clunky their attacks flowed together, but of course the first time I jumped online I ran into someone who showed me what those characters were capable of (and left me with a shredded Cassie to show for the lesson).

There’s a heavy focus on online play this time around, with players joining factions and earning points and rewards for their faction by fighting, and online combat being the best way to do that. But there are a few single player modes as well, including skill towers, the story mode, and the standard local vs. match. With a big roster of characters out of the box there’s plenty of content here even if you don’t go online, but it must be said that there are fighting games with deeper single player experiences, like BlazBlue or Persona 4 Arena.

And, as good as the crunch behind the fighting is, Mortal Kombat X still can’t quite shake its bloody gimmicks and accessibility to offer a combat system that is as rich as some of its competitors. It’ll never be as graceful as Dead or Alive 5, as fast as BlazBlue, or as technical as Tekken. It will forever be that fighting game that has the really cool theme that you’ll play with beers and button mashing friends, but when you’re in the mood for real competition, you’ll move to something else. Levels have environmental objects which can be used to control space (and does a better job of it than we saw in Injustice), but it’s not enough. There’s still a select few moves for each character which are, realistically, enough for most battles. 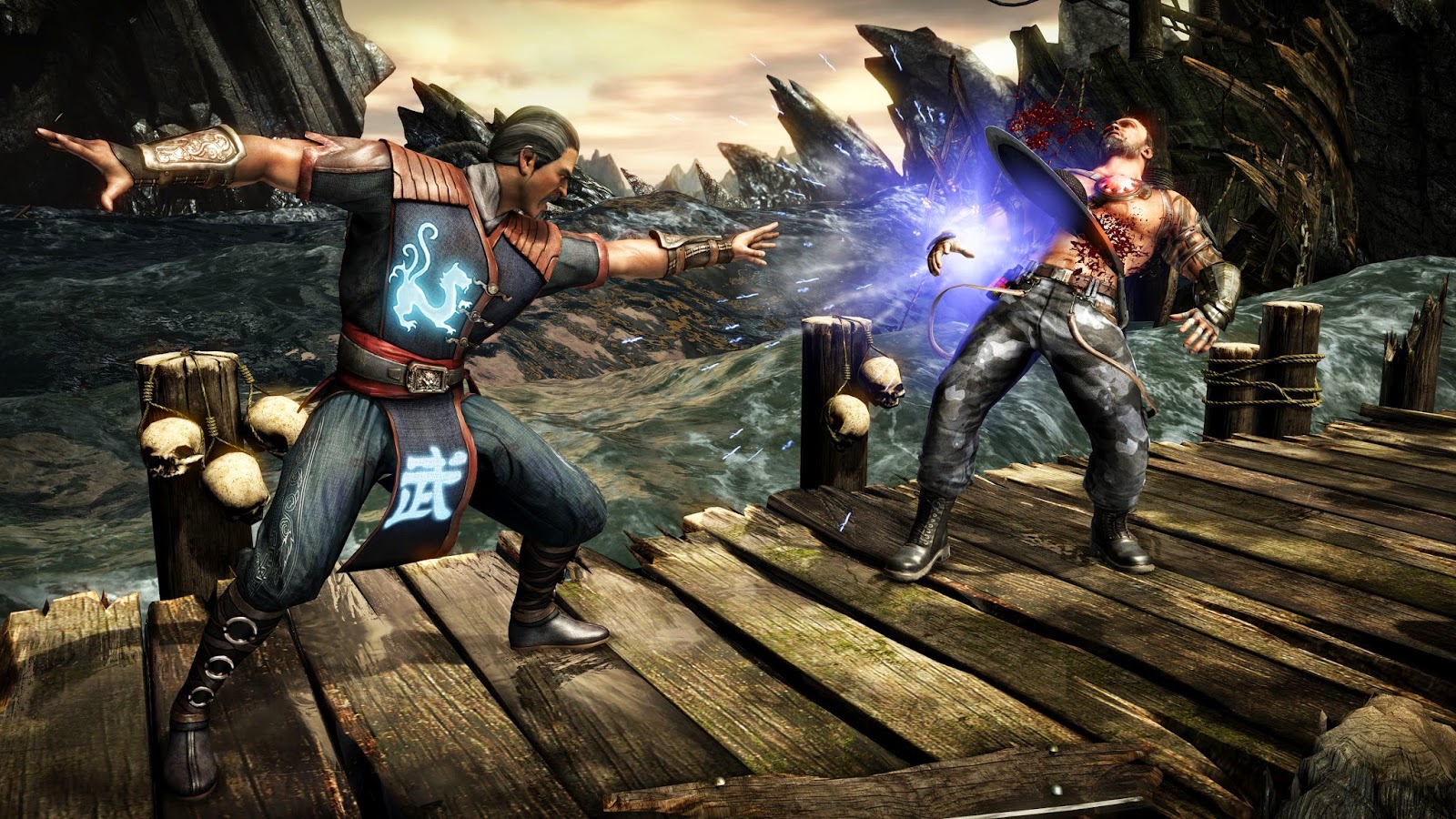 The DLC for Mortal Kombat X is shaping up to be top notch stuff, with characters like Predator and Jason Voorhees adding a gorily goofy element of fanservice to the game. As someone who really liked Freddy Kruger from the previous game, it saddens me that he’s not in this one, but with all these horror icons on show, I am holding out hope that Warner Bros. is building towards a standalone “Horror All-Stars” game that will show us all what Freddy Vs. Jason should have been. These DLC characters do fit in with the game’s theme, but it is important to note that they are bonuses. The base game is a complete package and contains enough to justify its purchase price.

Sonia Blade is looking a little weathered, and Johnny Cage now has silver hair. But they break bones more effectively than ever before. Like its two veteran heroes, Mortal Kombat X is grown and matured into everything that it wanted to be. It’s not perfect and has some thematic inconsistencies that let it down, but it is a gorily beautiful game, and as far as I’m aware, it’s the first one to have exploding testicles.