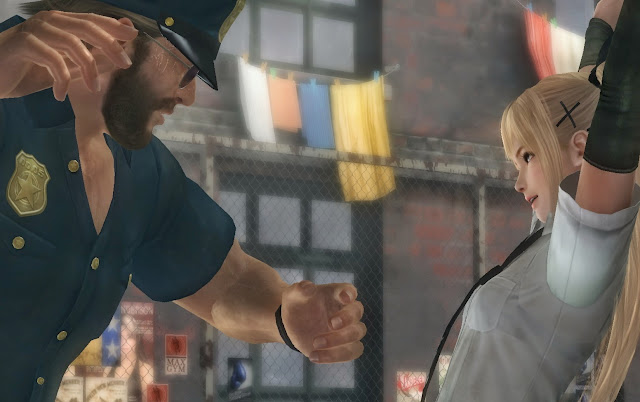 All the current generation of consoles do it, in one manner or another. From the 3DS to Vita, PlayStation 4 to Xbox One and Wii U, all modern consoles have the ability to take screenshots in the middle of play with a quick press of a button. PC players with Steam have been able to do it for years, of course, but this is a new feature to consoles, and now that I have it, I actually find it difficult to go back to old devices.

If you follow me on Twitter, you’ll know how much of a screenshot addict I am; whenever I’m playing a game on my PlayStation 4 I’m taking screenshots of anything that interests or impresses me. I do the same while I’m playing on my PlayStation Vita, and while I don’t have as many followers on MiiVerse, I’m also constantly posting up screenshots there of games I’m playing (only because unfortunately Nintendo doesn’t allow upload to Twitter, making the Wii U and 3DS’ screenshot functions the most cumbersome of all).

I’m a screenshot addict in need of an intervention. I have thousands of screenshots sitting on my PlayStation 4 hard drive, and I’ve now been conditioned into making that share button a part of my playing habits; if I’m playing a PlayStation 3 game, I constantly find myself reaching for a button that doesn’t exist on the controller, and even feeling disappointed in not being able to share the experience. I’m generally too busy (or just plain lazy) to delve into the PlayStation 4’s video editing software and take video clips, though it’s remarkably easy to use as well, and I really don’t see the appeal in streaming my gameplay with people (though if for some reason you do want to watch me playing games, let me know and I’ll think about setting myself up on Twitch). For me it’s the screenshot function that has become a compulsion, but I don’t say that to take away from the other sharing options, which are just as valuable for other players out there. 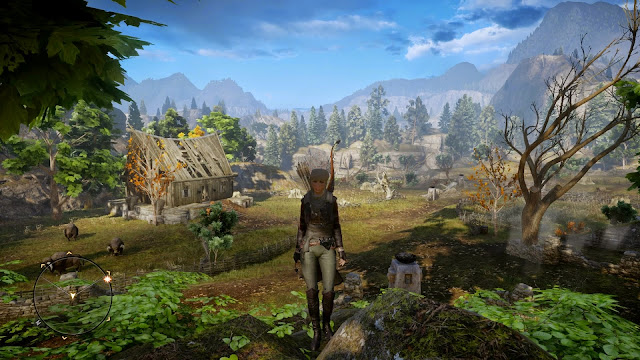 The point here is that no console into the future will be able to get away without having an easy-to-share screenshot and video function built into the hardware and controller. Players will expect to be able to take a screenshot or video with a single press of a button, and then share it online with their friends and social networks instantly. It’s a powerful feature to offer, because gaming is inherently visual and social and people want to be able to create conversations around their favourite games, and sharing screenshots and videos is an easy way to do that. But equally, I do think that this feature is going to start influencing developers of console games, because it can be both a powerful viral marketing tool and a very quick way to kill the credibility of your game if it’s not managed well.

Thanks to the share buttons, developers and publishers no longer have any control over what the broad community sees of their games. If they have poorly localised text, graphical glitches, and so on, they can’t hide these by sending carefully selected images to magazines or websites. If the technical faults of their game annoys a player, then they player can complain about it, with visual cues, on social media, and can do so without having to buy a Roxio capture device or similar (which let’s face it, only the most hardcore of hardcore console fans ever bothered with). There is no room to make mistakes with presentation now, and as difficult as that will be for some independent developers to achieve the kind of faultless presentation that means that no screenshot can be taken to represent the game in a negative light, it’s going to force some of the major studios to focus on a consistency to design, rather than have some unbelievable “press screenshot friendly” assets to the expense of the bits of the game that they’re not sending to the media.

All that being said, that’s been the trend for some years now, and very few developers these days still try and hide their game behind carefully doctored screenshots, with or without a share button in consideration. Which is where we move to the beneficial side of the button that smart developers will optimise to sell copies; the share button makes it very easy for a developer’s consumers to advocate for a game. Whether it’s posting funny scenes or gorgeous environments to Twitter, or posting a Let’s Play to YouTube, consumers are effectively doing the marketing work of the developer and acting as brand advocates or ambassadors. This, in turn, helps to sell copies of the game. 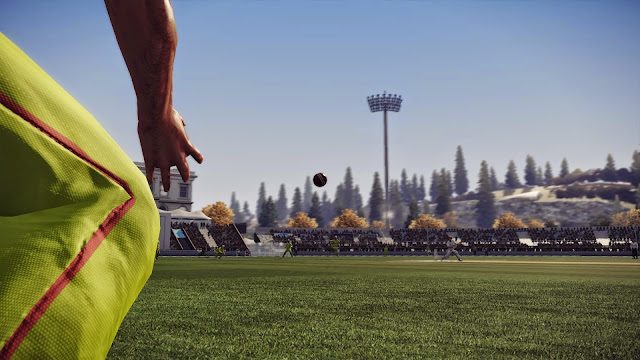 However, we’re seeing in many games at the moment some quite poor awareness of the power of that button among developers. Whether it’s an inability to pause the game in a critical moment, or at least conduct a pauseable replay with free camera control, too many games miss out on the opportunity for their consumers to play at being in-game photographers and set up exciting or original screenshots to share online. What happens with those games is that people end up giving up on taking shots at all, and the game misses some of its potential to go viral for positive reasons.

Worse, too many games don’t even include an option to get rid of the interface. It might be that the game needs to have an interface while people are playing the game, but if you’ve gone to all the effort to create gorgeous environments, and then force all screenshots to have the interface plastered over it, you’re loosing some of the impact of seeing up an especially impressive shot.

There are a couple of games I’d like to highlight as making especially good use of the share button, however, there are of course plenty more. Dead or Alive 5: Last Round, Final Fantasy XIV: A Realm Reborn, Project CARS and Don Bradman Cricket are all very fine examples of games that allow the player complete control over when they would like to watch a replay, or simply come across an impressive environment that they want to capture. With all of these games it’s possible to remove the interface, too, leaving just the environment, and in the case of Dead or Alive 5: Last Round, it’s even possible to change the virtual camera’s aperture to get some truly… arthouse… shots. 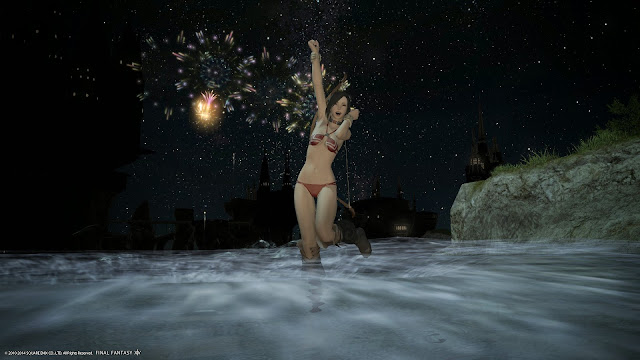 Over on the Vita I have more screenshots of Hatsune Miku: Project Diva F 2nd than I dare count thanks to the ability to watch a track and pause it at will. I was also impressed to see Tamsoft include a free camera feature in Hyperdimension Neptunia U: Action Unleashed – something I would like to see in mechanically similar games like Dynasty Warriors in the future. Meanwhile, Nintendo’s experiment with social sharing paid dividends with the ability to upload replays of Mario Kart 8 to YouTube creating viral hits like angry Luigi, but it was a replay feature that certainly lacked the screenshot capabilities of a game like Project CARS. Super Smash Bros. has a pause-and-free-camera function, but it has a limited range in terms of tilt, pan and zoom, and lacks the Facebook and Twitter sharing functions that you’d expect on other consoles. Nintendo’s games are absolutely perfect for the concept of the “share” button, and hopefully its future consoles are more socially connected in order to enable it (I do like MiiVerse but a Twitter app wouldn’t go astray as well).

I see the replay function becoming a much bigger deal in games over the course of this generation, and not only in sports games. People want to be able to share their gaming exploits online, and the developers that enable them to do that (and the more options for screenshots they give them), the more screenshots from their games they’re going to see shared online, and the more people they’re going to have introduced to their games for them.

It’s a win-win for everyone, then.

Nippon Ichi announces The Witch and the Hundred Knight 2

Review: The Perils of Man (PC)