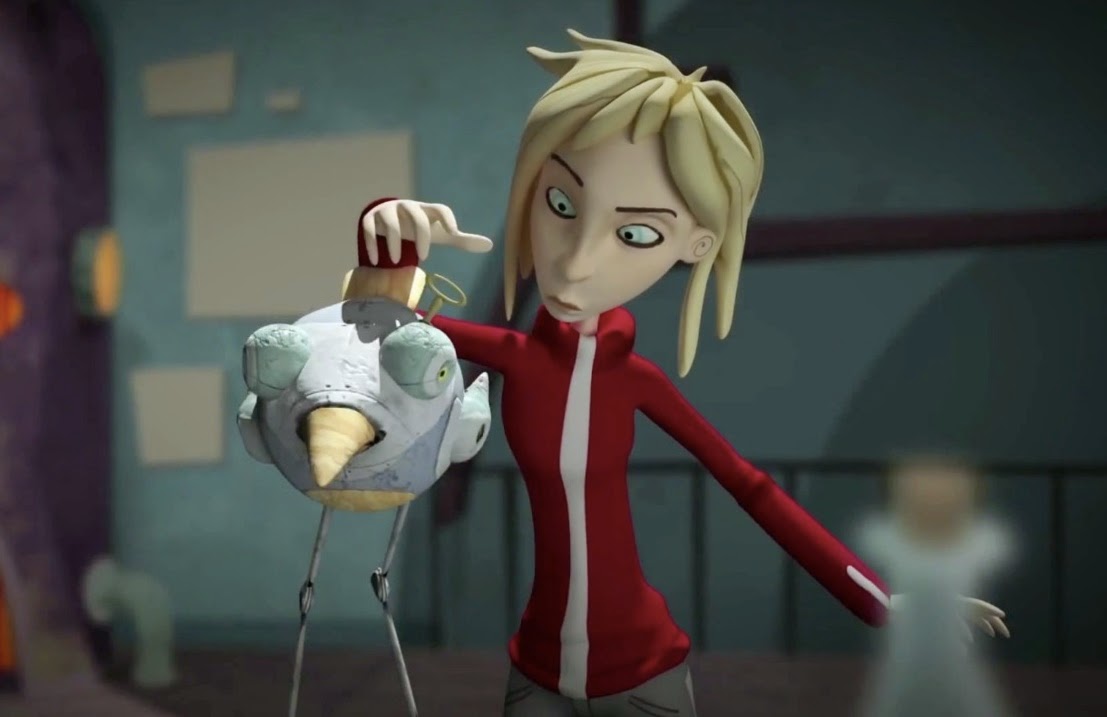 Ever wondered what would happen if you discovered a device that allows you to see all the faults in the world before they happen? Well now you can with the all-important device called a ‘Risk Atlas,’ but more on that later. Perils of Man is a simple point and click game takes you through the tale of a 16 year-old girl Ana Eberling, as she discovers her family’s history and the mysteries surrounding it.

The game begins with a scene of a show called Modern Mysteries. It’s one of those shows that tries to explain the unexplainable, and gives you a bit of background on your family and your father’s mysterious disappearance. You then begin to play the game as Ana, who is celebrating her 16th birthday and receives a mysterious gift from her missing father. Now the real fun begins, clicking around the room on all the items you can interact with, and trying to find things that might be useful later on. Inventory items can be crafted together, such as combining a battery and a torch, to power the torch and they can also be used to interact with things around the house, like using a key to open a door. This makes up the majority of the puzzles, trying to find which item connects to which and how it can be used.

As you walk around the house there are a few ways you can find out more about the story. Interactions with certain objects can cause Ana to tell you how it’s relevant to her family, or you can ask other characters some questions to explore even more details. Before long you find your father’s secret lab and discover the aforementioned Risk Atlas, and from there the narrative is mostly based around this item. The Risk Atlas looks more or less like a pair of sunglasses, but allows the wearer to be able to see any risks or problems associated with any decision that is made. In other words it allows you to see the consequences of doing something before it happens. Simple enough? Well this is where it gets a little complicated, as the device also allows you to travel backwards and forwards in time to certain events. That’s not the only thing you find down in the lab. Ana also finds an AI controlled robotic bird named Darwin. Now once again this may get a bit hard to follow, Ana’s great grandfather Thomas is able to use Darwin to communicate to Ana. 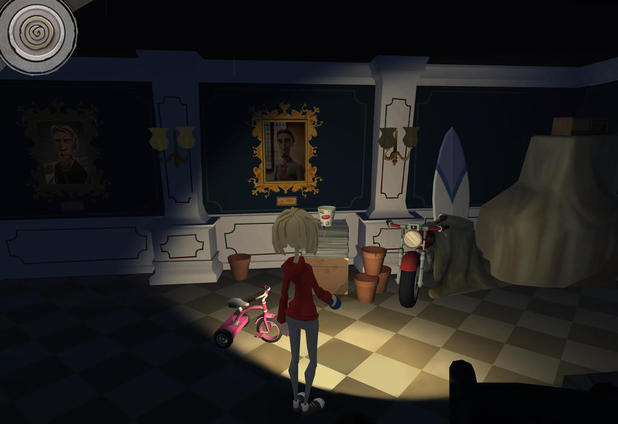 Are you with me so far? Time travelling glasses that can see future events, and your great grandfather communicating with you from the future using the robotic bird Darwin. Right, that was a mouthful. Ana’s quest now is to look through the book ‘The Perils of Man’ and travel back in time to the events of the book and find who keeps changing events. The story is a little easier to follow, it just sounds like a lot when you explain it.

The game does a really good job of making sure you always have something to be doing and that you aren’t stuck at any point for long. Every interactive object is known by its name appearing when hovering over it, and if for some reason you do get stuck there is a hint system where Ana can help you figure out a solution. I think this is a really good feature to have because the hints you get aren’t extremely informative but it can give you enough information to make you think, “this is what I need to do. How can I get it done?” It just adds that extra layer to help you along the way.

Now let’s talk science. Have you ever heard of The Butterfly Effect film? It’s a play on one of the rules that would affect people were time travel possible. If you change a small thing in the past, it would causes a big change in the future. The game explores this more and more and you delve deeper and deeper into the lives of the Eberling family and their time travelling ways. Weighing up the cost of each decision you make. Is it worth saving a few to endanger the many? Just one of the decisions you face, but of course the Risk Atlas can tell you which choice is better, and therefore makes it a much tougher decision. It really makes you think, if you were faced with a choice without knowing the consequences of your decision, what move would you make? Would we be better off with a predictable future that we could change, or keep going on our set path? I think the symbolism is that we should be able to make our own decisions without any knowledge of what is to come, not knowing is half the fun. 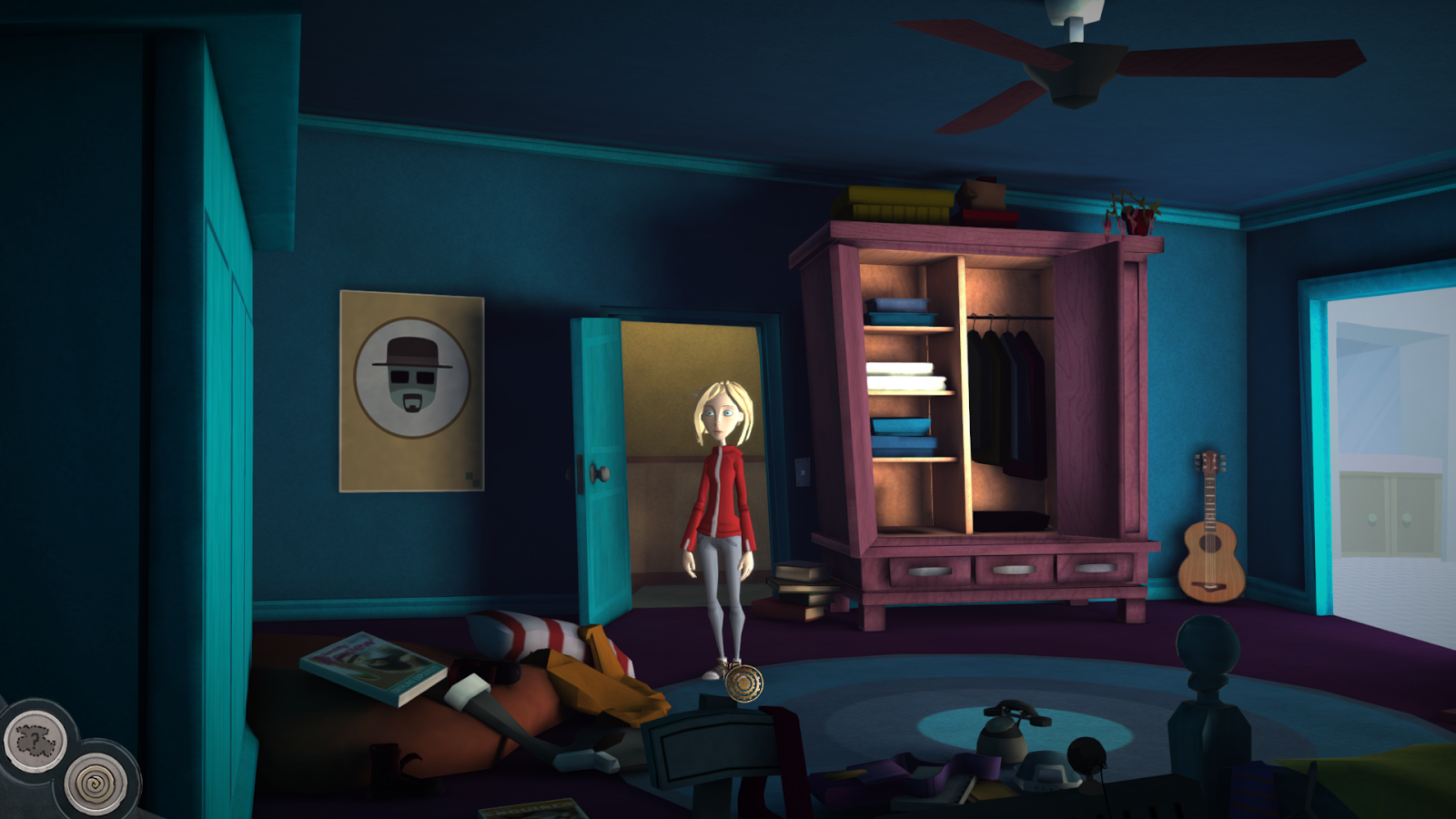 On its front, the game claims to offer ‘eight to ten hours of point and click fun,’ however, unless you get really, really stuck, and explore absolutely everything, the game should take no longer than four hours to complete start to finish. If you don’t plan to play it through all in the one go, there is up to three save slots so that’s another bonus. The voice acting could be improved, along with a few of the animations, but apart from that, it can be hard to find many bad things about this game.

Related reading: There are no shortages of these kinds of games, but for another quality example, check out Secret Files: Tunguska.

Perils of Man provides a solid point and click experience that will immerse you into this fantasy story and definitely racks up enough game time to make the small price tag worthwhile.