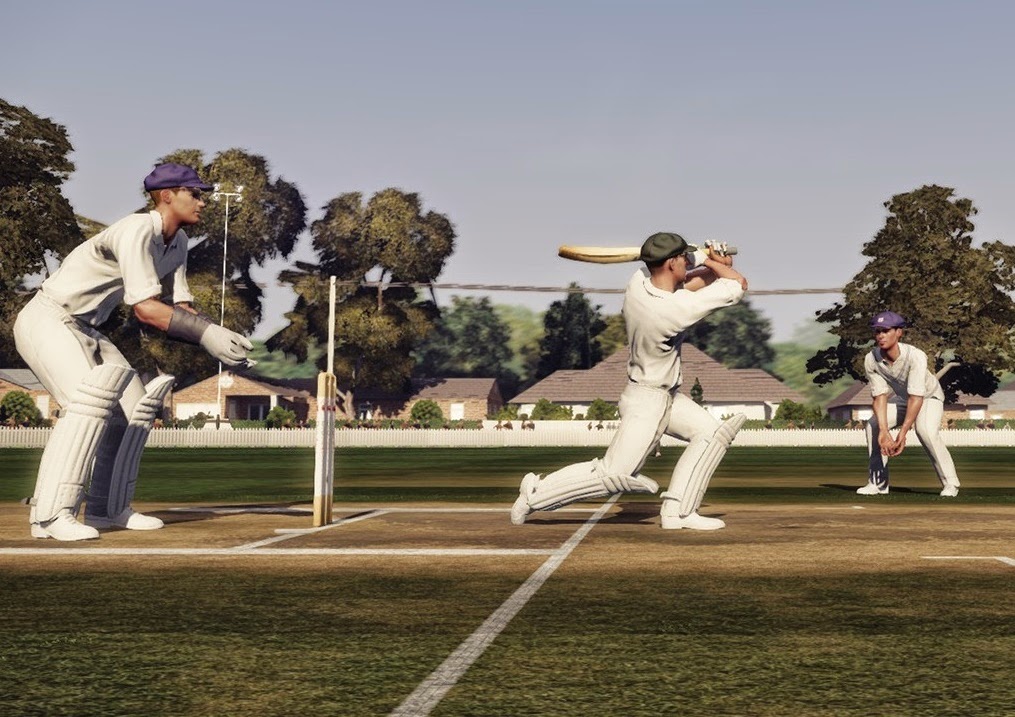 For long-suffering fans of the sport of cricket, Don Bradman Cricket 14 from Big Ant Studios was nothing short of a revelation. Finally, after many years of games that were, to put it nicely, budget releases, was a cricket game with ambition and execution and while the end result wasn’t quite a competitor to the FIFA football games, it was worthy.

Now, with the Cricket World Cup right around the corner, Big Ant has iterated on that success with Don Bradman Cricket (dropping the 14 because one assumes it’s now 2015). It also has the distinction of being the first Australian-developed PlayStation 4 retail game, unless my memory has forgotten one. It’s an improvement on the PlayStation 3 game in numerous small ways, though at the same time it’s a bit of a push to suggest that it’s either a sequel or a “HD Remaster.”

Visually, the original game was simple, but efficient, and with the new console hardware Big Ant have taken the opportunity to improve the on the field experience over its predecessor. Characters have smoother edges, better animation, and the rendering of the ball and field is that much more authentic. There’s also an improved lighting and shadow engine which means the transition from morning to evening is that much more noticeable and enjoyable (don’t forget, cricket is a game that takes a long time to play). Pausing the game in the middle of a replay makes for some awesome screenshots to share via that ever-reliable PlayStation 4 controller share button, and it’s clear that Big Ant have made a genuine start to building asset libraries for future sports titles on these consoles. 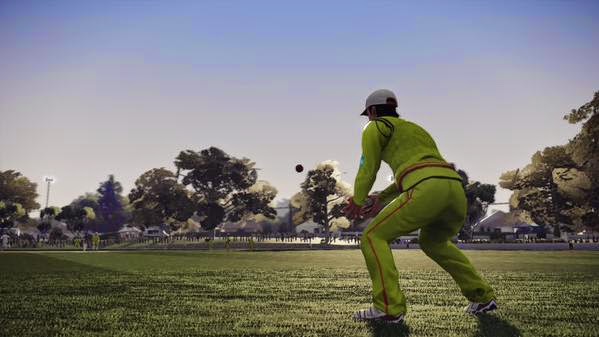 But the visual experience is badly let down by everything off the field. There seems to have been no work done to the crowds or stadiums, which still look like rejects from a PlayStation 2 game. The more detailed the on-field work gets the more unforgivable that audience is, and sadly the atmosphere of the game is let down by those ugly paper cutouts, especially considering they often come into play as balls are hit into the crowd. Similarly trees, mountains, and other bits of scenery look like cheap paper cutouts, which gives the odd visual impression that you’re playing inside a giant cylinder, with a painted wall representing scenery.

But then it’s easy to forgive the game for its presentation foibles of Don Bradman, because it plays such a darned good game of cricket. The game hasn’t changed in any significant way from the original release, with its focus on dual stick control over both batting and bowling. With the batting one control stick looks after the player’s footwork (which is absolutely vital in the game of cricket), while the other controls the direction of the bat swing. Working together allows for players to attempt shots that will reach the full 360 degrees of the cricket oval, but picking the right shot to play to any given delivery is something that takes a very long time to master.


Previously to Don Bradman, cricket games laboured players with button presses to determine the kind of shot that they could hit. This limited, digital system pales when compared to the analogue elegance that Big Ant has achieved, but it’s not a perfect system either, and I hope there are future cricket games in this series to build on the framework that has been developed here. Difficulty is a problem and batting well is harder than bowling well. I have now been playing Don Bradman Cricket for around a year, and on the higher difficulty levels I struggle to score around 400 runs in a test match innings (which is low), but I have no trouble knocking over the opposing team for half that. This issue hasn’t been addressed in the new game, and against the AI, for the most part, I don’t struggle, but that’s more because I can defend whatever meagre total I can earn through my batters. I would hope that a future release addresses the balance better (or I’m just a natural bowler with this game and other people find the reverse to be true).

The gameplay modes are not different in any way to what was on offer with the previous edition of Don Bradman Cricket, but that’s okay, because the previous game was far more comprehensive than any cricket game made for the budgets that they are made on has any right to be. There’s a career mode, where you take a young kid through an entire career of 20 years. He’ll start off terrible in every way, but as the matches and years wear on, he’ll get better and better until he’s finally recruited on the national team. There’s also a full suite of competitions and championships, and even some historical matches for people who want to relive the exploits of Don Bradman, the greatest athlete in history across all sports (that’s an statistically provable fact, for the record).

None of the modern teams are licensed, which means they’re all filled rosters with approximations of the real player’s names. This would be a problem except that there’s a full creator mode and players are able to upload and share their teams. I can assure you that whatever team you want to play is available for download now thanks to the hard work of the game’s fans, complete with their proper names, so there’s nothing to worry about with the official lack of a license. Personally, I enjoyed making my own international team and pitting it across multiple championships of my own inventions. The national team of Japan won the Test Match World Cup (which sadly doesn’t exist in the real world) in Don Bradman Cricket 14, and is gunning for it again this time around. 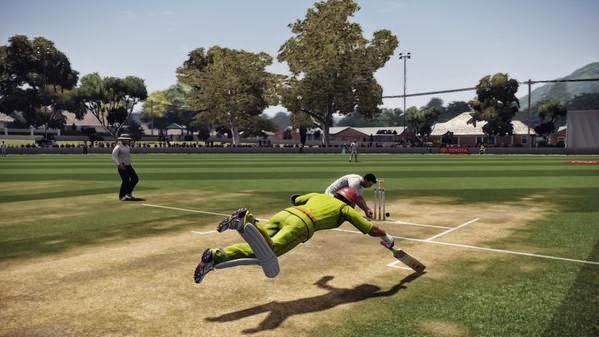 So the enhancements to Don Bradman Cricket on the PlayStation 4 are subtle. There’s some visual upgrades on the pitch, and it’s worth noting that where the original release of the PlayStation 3 game had some irritating bugs in it (such as superhuman fielders), those were since patched out in the months following the release and the PlayStation 4 game launches with none of those bugs in there. And I know it’s a small thing, but I like having that share button so I can easily share with Facebook and Twitter my incredible achievements (and embarrassing failures).

As a cricket nut, Don Bradman Cricket is the definitive version of the finest cricket game ever produced. It’s also quite possibly the most limited “HD Remaster” yet produced for the console, but Big Ant has now cut its teeth on next-gen development, and I can’t wait to see a proper sequel down the track to a game that I have spent more time playing over the past year than any other.