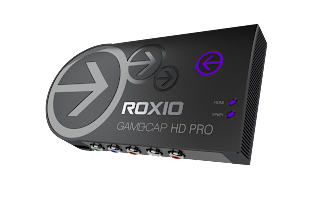 Roxio’s been offering various game capture software and hardware solutions over the years, and while they’ve generally been popular, the entire product category is going to face some sheer competition in the future from the console manufacturers themselves who are building sharing and streaming features into the new generation of consoles.

With that being said, those sharing and streaming features are reasonably limited, and there’s something to be said for the potential quality of videos that have been edited on proper editing software. The sharing features on consoles also tend to be limited; posting to Facebook is fine, but monetising your videos over YouTube? That’s tougher if you’re relying on your console’s share features.

Roxio’s got some legs left in that context, and the Game Capture Pro HD is a good example of that. It’s not completely bug free, but for the most part it’s easy to use and effective at capturing, editing and then uploading video content to your favourite channels. 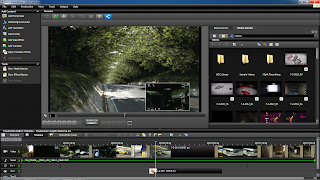 The first thing to note is that even though the product box and instructions don’t mention the Wii U, the Game Capture Pro can indeed capture Wii U footage. In fact, while the PS3 (which is listed on the box) blocks HDMI recording and forces users to record off inferior AV cables, the Game Capture Pro can capture Wii U footage right from a HDMI chord from the outset (as it can with the Xbox 360). I have no idea if the box can be used to capture PS4 or Xbox One footage. Please let us know in the comments if you’ve tested that out.

What doesn’t work, sadly, is the Apple TV. I had the idea to hook that little box up so I can record iPad game footage via AirPlay, but sadly that wasn’t to be. Again, if anyone knows of a video capture device that can grab stuff from the Apple TV, please do let me know.

Setup is nice and easy; you run a HDMI (or set of AV cables) to the box, and from there to the PC or laptop. The device is powered over USB, so no need for an additional power socket. Then it’s a simple matter of loading up the included software, picking some basic options around the quality of the capture output, and hitting ‘record.’ There’s also an option for anyone that would like to livestream to Twitch. After the footage has been recorded it’s a simple matter of dropping into the editing software, putting it together and uploading of YouTube. 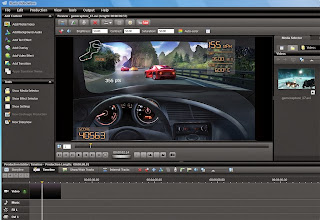 No one is going to mistake that editing software for a professional suite, but it gets the job done to a decent standard and is vastly superior to the likes of Windows Movie Maker. I also encountered a rare bug or two where my recording would crash, or, on occasion with the PS3, not recognise that it’s connected at all. These incidents are frustrating but rare, and the quality of the output when it works well and truly compensates for any frustration.

I was previously using the AVerMedia Game Capture HD to capture footage for DDNet TV. That box worked fine and was so simple to use – simply plug in a portable drive and copy the footage over to the PC later, but it wasn’t able to capture using a HDMI chord, and it didn’t come with editing software – I would transfer the footage to my iPad which has a copy of the excellent Pinnacle editing suite on it. I will still transfer the footage I get from the Roxio to the iPad to edit there, as I am comfortable with that process, but for others who lack an iPad or the desire to edit videos on it the fact that Roxio has built in editing software is going to be a compelling selling point.

For its relatively inexpensive asking price, the Roxio Video Capture HD is an easy piece of tech to recommend. I do hope it works for the PS4 and Xbox One, or Roxio releases a new device that can, because I certainly don’t want to see quick screenshots and easy, largely unedited video become the only way to share game experiences with one another.