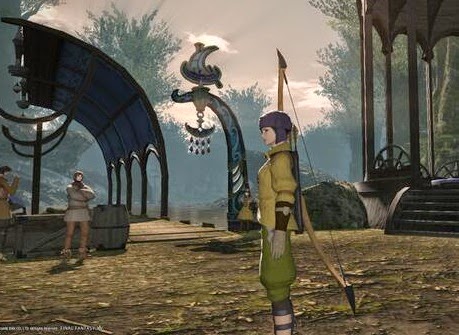 It’s hard to consider Final Fantasy XIV a true new release. Where you could argue that Tomb Raider or the upcoming re-release of The Last Of Us on PlayStation 4 require so much work that they deserve to be treated as original releases, Final Fantasy XIV feels much more like a “we’ve given you the ability to play this game on your new console” kind of deal.

That said, the upgrades are there, and they’re for the better of the game, but they’re much, much more subtle. The game does look better when running through PlayStation 4 hardware, with the spectacular art style of the base game finally being realised with resplendent detail in both characters and environments.

Having already spent a few months playing the game on PlayStation 3, I found myself revisiting locations just to pan the camera around and admire the view. It’s been a couple of months since I last played, and there are a couple of noticable things; the community is slightly quieter in the more remote places of the world, meaning if you happen to be there on a quest or some such the world starts to feel uncomfortably lonely. The Final Fantasy XIV community is not the most communicative (especially on PlayStation), but it’s nice to have other people around; I now know that there’s a certain point where the community of the game will shrink to such a point that it is no longer a place I want to be. 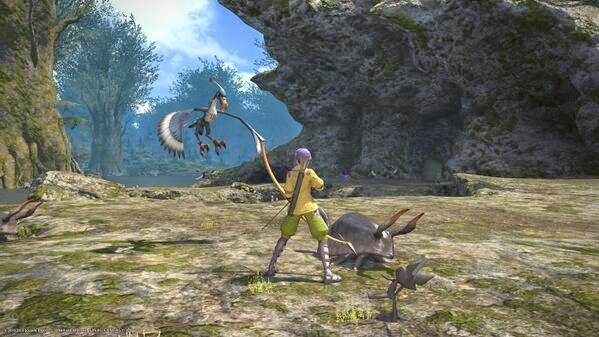 But that’s a while away yet since Final Fantasy XIV has a bustling community in the cities and the like, and it’s also here where the game’s personality shines the brightest. There’s such a variety in character design options and costumes that the cities are a melting pot of colour and energy, and the small little nods to more traditional Final Fantasy fare, such as pets that are based on classic Final Fantasy critters, through to the presence of Chocobos and the like, give XIV a unique flavour that makes the game far more appealing to me than any other MMO.

This is naturally backed by a truly spectacular soundtrack; we would have no different there.

Speaking of communication, however, another handy feature that the PlayStation 4 release of Final Fantasy XIV allows is the use of keyboard and mouse, to chat away easier if that’s your preference. Alternatively, you can connect up your iPad or Android device running the PlayStation app, and use a keyboard there to make typing out sentences easier than using the gamepad. This time around I have had some good chats with people, which helps give the game that social dimension that the PlayStation 3 version was sorely lacking. 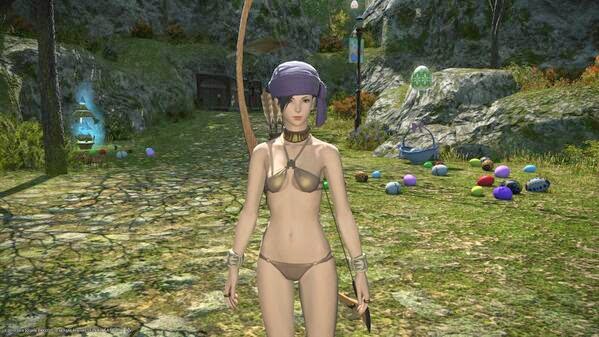 Because this is an MMO, the narrative itself was never going to be enough to keep players interested, so it does need the social element, as well as some truly impressive endgame content to continue to inspire people to keep that subscription going. It still feels awkward to play a Final Fantasy game that generally lacks depth or detail, though it does just enough to set up the massive world that players explore. The post-game content, on the other hand, is slowly widening from the game’s original release, and I do think that new players, especially, by the time they reach the post game content will be pleasantly surprised by how much there is to do.

Otherwise, the game is built from start to finish to get players into combat systems, or travel from one part of the map to the next. “Kill this dangerous enemy to rescue my cargo/ Chocobo egg/ fishing rod” achieves the former admirably. “Please deliver this potion to a person in the town yonder” achieves the latter. These quests never really stray from MMO norms, but they do a surprisingly good job of pulling players from place to place in what feels like an organic manner. I would generally find myself exploring new areas because I was following a quest marker and not really feeling that I was being pulled in a certain direction. It helps that each new area manages to create a sensation of wonder even greater than the previous one. 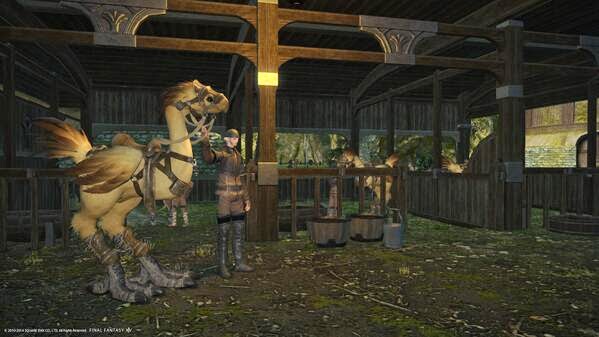 The combat system manages to be engaging enough that it never feels like a grind either. It uses a fairly standard hotbar system, whereby players assign skills to hotkeys, and then need to wait for cooldown in battle before they can use an ability again. It’s a fairly fast-paced combat system, while still maintaining the turn-based/ ATB feel that Final Fantasy fans more-or-less expect now. Each new area brings new enemies to fight, between that fact and the game’s “Fates” which pop up at random and offer a time-limited time quest often involving even more tough enemies, should be enough to keep most people interested right through to the end game. At which point the optional bosses open up and those are genuinely tough affairs.

The final new element of note that Square Enix have added in to the game is share button functionality. It’s fun to be taking screenshots and videos of your MMO’s character, since people tend to become very attached to their MMO avatars after spending dozens, or hundreds of hours with them. The screenshots here in this review are some of my own character, Amelia. Say hi if you bump into her while on your own travels. That’s something that was needlessly clunky on the PlayStation 3 and essentially required that people have a device like the Roxio Game Capture. 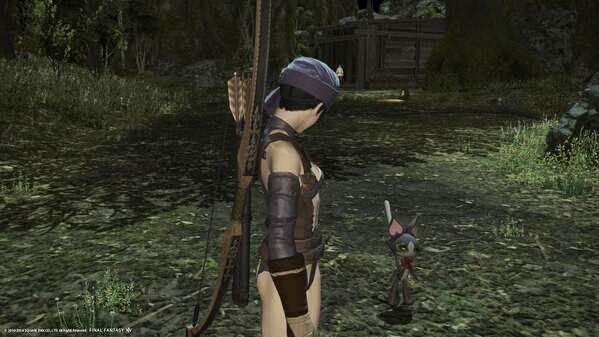 There’s not much else I can say that I haven’t already said in my review of the PlayStation 3 game. This was always a great game, but the improved visuals and social features, as well as the additional content that Square Enix continues to add into the game, is enough for me to happily say that Final Fantasy XIV: A Realm Reborn has become my favourite MMO. It’s well worth the subscription fee.

Hatsune Miku to open Lady Gaga concert in the US