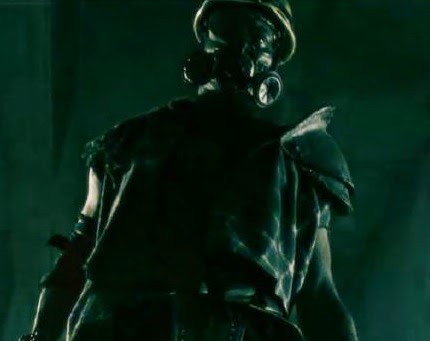 Opinion by Matt S.
With all the hype from the E3 2014 shows of Sony, Microsoft, EA and Ubisoft starting to die down, I’ve spent the rest of the day (here in Australia) processing all that I just saw.
Valiant Hearts is clearly the most emotionally loaded game that we saw today, but as I sit here thinking about which trailer engaged my mind the most, I kept coming back to the 90 second trailer for Goichi Suda’s Let It Die.
This trailer is perhaps the goriest of all that we saw today, and the violence seemed to be the most exploitative; to the point where the tools which make for weaponry is given a fetishised quality. When people talk of “goreporn” in cinema with films such as Saw and Hostel, they’re prescribing a similar set of narrative qualities that can clearly be applied to this game. Let It Die clearly shows a great glee about the damage that players will be inflicting on characters as they play, and under normal circumstances I would have nothing to do with such a game.
But then I thought to myself “but this is a Goichi Suda game.” Suda’s games are many things, and according to many people they’re at times terrible, but they’re also remarkably consistent in that they are reliably intelligent.
For Goichi Suda is a transgressive artist; his work shocks, if not offends, in order to drive home a point on the audience. One of his games, Lollipop Chainsaw, was exploitative in the extreme. It borrows liberally from the grindhouse film genre. And it did so because it was making an extended point about exploitation. It was a self-aware deconstruction of some very common video game tropes, and so, as much as many critics missed the point and derided it for being exploitative, it was actually a criticism of that very issue (whether it succeeded or not is, of course, another issue entirely, but that’s a debate for another day).
Suda’s most recent work, Killer is Dead, follows in the same vein. It’s a surrealist experiment that deliberately aims to shock and awe, to confound the senses in an attempt to make a powerful point about a host of themes, from religion, to pop culture and through to Suda’s old friend, sex.
It fascinated me then, and it continues to fascinate me now that art critics would never think to take Salvador Dali’s art as literal meaning, and yet game critics would only analyse Killer is Dead based on the its most surface level. But, again, another debate for another day. 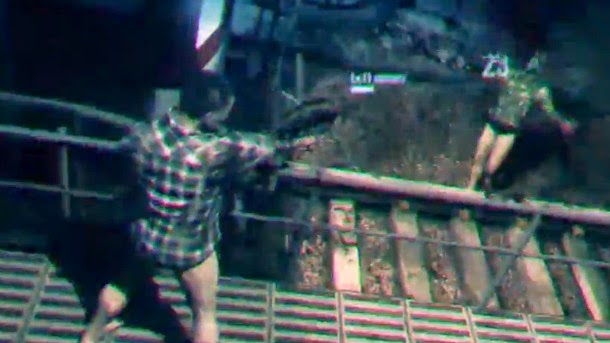 The reason I mention those previous two games is that it brings us neatly to Let It Die; a game we don’t know much about, but we do know that it’s a Suda game. So let’s take a crack at what might be going on in Suda’s brain with this game:
What we know from the trailer is that there’s a levelling up system, and what we think we know is that the game focuses on 1-on-1 combat. We know that the violence is visceral and explicit, complete with sickening noises as flesh is shreaded and bones are broken. There is some implication that the game features social features, as in a couple of frames there is a name that is clearly a user handle attached to a fighter.
So here’s what I think. This is Suda’s take on bloodsports, and he’s not looking at them in a favourable light. Let It Die’s trailer’s themes include voyeurism (social features imply people watching and engaging in the combat). It features “training to get better” (a levelling-up system), and one-on-one combat implies some kind of organisational structure that prevents random other people from becoming involved.
In other words, it’s almost seems like an extreme version of the film, Fight Club. And as we all know, Fight Club was positively loaded with social criticism. This could well be Suda’s own take on similar themes.
Now, of course the final game might be very different to my reading of the 90 seconds, of which scant few is dedicated to actual in-game footage. But even should the game turn out to be different, I do hope that this time around critics and consumers understand that, even when Suda builds a game that doesn’t play especially well, his games deserve a greater depth of analysis than they typically receive.
– Matt S.
Editor-in-Chief
Find me on Twitter: @digitallydownld
Share this