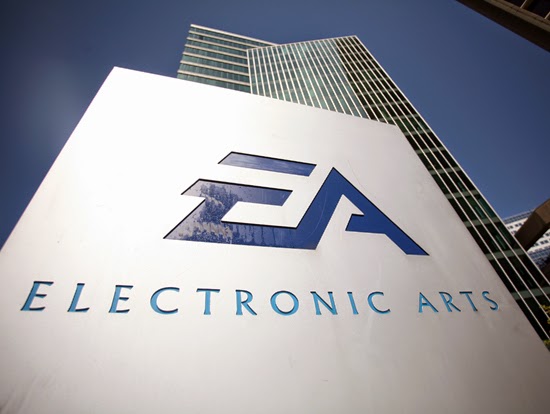 EA’s 2014 E3 press conference has just concluded. Didn’t get to see the show live or simply forgot all the fine details? We’re on the case with a summary of everything that went down.

So, what games do we get to look forward to from the publisher giant?

– First up is something Star Wars from DICE. EA pulls out its biggest gun first with a developer from DICE talking up how much the studio loves Star Wars and thus proving how authentic Star Wars Battlefront 3 will be. Spring 2015 will be the release date, folks.

– Dragon Age: Inquisition is up next, and then TWO more Bioware projects. Bioware are busy boys and girls. Dragon Age kicks off with a live performance of the game’s sexy music. Immediate tears to my eyes as we have a montage proving just how epic this game is going to be. It’s surely going to make up for Dragon Age 2, right? RIGHT?

– Dragon Age: Inquisition the first “next gen” Bioware game, and while we already knew about the game before the show and how it would work, EA’s in-game footage of a battle against a dragon looks truly spectacular, and has us excited all over again. This game is going to be tactical, we’re promised.

– Mass Effect next! Just those couple of seconds of music as the developers talk about “storytelling” and “characters” makes us happy indeed. Bioware is promising a new region of space to explore and new stories, so there will not be more Sheppard after all.

– Bioware is also developing a completely new IP. We’re not being told anything more than that, but, frankly, that’s enough.

– Next-gen Sims are up next. We’re promised smarter Sims, and we’re allowed to determine their personalities completely this time around, so we’ll have even more control over virtual people. We’re not sure when this series will hit the uncanny valley, but surely it’s getting close.

– It’s possible to share Sims online with other players, with a comprehensive “gallery” system allowing you to import other people’s Sims, personality and all. The Sims 4 releases on September 2.

– UFC. It has Bruce Lee. I do hope Bruce Lee isn’t rolling in his grave for being in a game with such inferior athletes as UFC athletes. I’m sure it’s a lovely game and all if you’re a fan of people beating the crap out of one another, but UFC being UFC and all, I have no interest in this game whatsoever. The demonstration includes in-game footage of the game in action, but Bruce Lee didn’t flatten the guy with the first kick and that made me realise that it’s not unrealistic.

– NHL 15 promises to be bigger and better than ever before, with better physics and more accurate simulation on and off the ice. This is the first “next gen” NHL game, and given the quality of the previous ones, this has got to be my most anticipated sports game this year.

– A new racing game is the next game on the EA track. Criterion has been working on a new racing IP. And it’s more than just cars. In includes jump suits, bikes and helicopters (?) This is going to be good, though EA warns us that what we’re seeing is very, very, very early in development, so it’s got a long way to go yet.

– EA’s new golf game, free of the Tiger Woods license, is using the Frostbite Engine. No load times between holes. The scenery looks gorgeous using this engine, it’s got to be said. PGA Tour also includes fantasy environments, such as a Battlefield course, complete with burning battleship.

– The new Madden game shows a renewed focus on defence, with players having much more control over individual players on defence. I’m sure if I understood gridiron this would have me excited.

– EA’s got a MOBA in the works? This should be interesting. Dawngate is promising to be more than a clone. But the MOBA is so rigid as a genre that surely it’s impossible not to be a clone on some level?

– Here we go. Mirror’s Edge. Now we’re getting back to really interesting stuff. Some close focus on Faith, the heroine of Mirror’s Edge, and how important it is to get Faith right in this game. And then a lot of focus on the quality of movement itself, which makes sense since movement is pretty important and visceral in Mirror’s Edge.

– Unsurprisingly EA showed us some FIFA 15. Oddly the focus compared to last year’s edition seems to be the atmosphere of the game. “Feel the game” is the mantra which seems to me to be oddly superficial as a focus. Then again there’s only so much more that can be done when the game itself plays as well as EA got it playing in FIFA 14.

– Battlefield Hardline takes to the stage next. The war on the streets between cops and criminals. Well, credit where credit is due, this IS a different setting for the genre. People aren’t wearing military uniforms and everything! Extended footage of the multiplayer in action shows us that… yep, it’s a Battlefield game. But this time set in LA!

– Battlefield Hardline BETA launches today. PlayStation 4 and PC. Go sign up now. First in, first served. Sign up on the official website for PC. For the PS4 version, insert your copy of Battlefield into the console, and then select the live tile icon that will pop up to download the BETA.

And that’s a wrap. My highlight is clearly everything Bioware