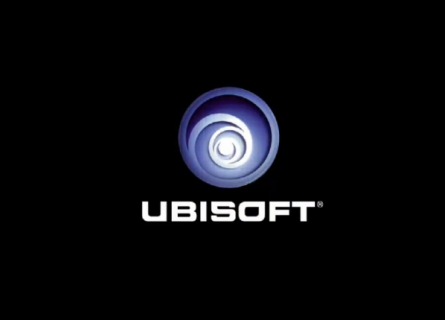 Ubisoft’s 2014 E3 press conference has just concluded. Didn’t get to see the show live or simply forgot all the fine details? We’re on the case with a summary of everything that went down.

It’s Ubisoft’s turn. We’re going to see plenty of Tom Clancy and Assassin’s Creed, of course, but what else do we have to look forward to? Let’s find out!

– And we’re off. First up is Far Cry 4. You know, the game with the insanely insensitive and offensive poster from a couple of weeks back? We’ve got footage of a monkey and people passing a passport around. It looks like the people are animated well, and the environment is pretty, and then the violence starts. And the bad guy is crazy because that’s what bad guys do; they be crazy. Yep, this is Far Cry alright. I’ll never understand how a company like Ubisoft can continue to produce a regressive franchise like that.

–  Next up is Just Dance 2015. Updated track list (yes, including Happy), and new features. Apparently the gamers themselves will power the experience. Sounds like marketing speak to me, but the Community Remix mode players can vote for the performances of other people that they watch on the Internet. That… seems a bit creepy?

– Just Dance Now, meanwhile, is a a smart phone app that talks to “big screens” such as Smart TVs or Tablets, and players use their phone as they would use a Wiimote or Move controller on a console game. What’s most interesting about this feature is that there are no limit to the number of people who can participate in that particular game. Want to play flash mob style? Apparently this is now possible. Again, this might be impressive in terms of technology, but who really wants to expose their lounge room dancing skills to the rest of the world?

– Tom Clancy’s The Division. We get to see more footage on a game that is taking a long time to produce. The whole world looks suitably post apocalyptic and all that. Standard blockbuster emotional framing showing the impact of a mass pandemic on society. Lots of promise of violence.

– The Crew, Ubisoft’s interesting open world racing game is progressing nicely, it seems. We’re still promised the entire U.S to drive across without a single loading screen. I assume that it won’t take weeks to do so, as it would in the real world. So I don’t think this is the most accurate marketing strategy for the game by promising something that you’re not actually delivering. This is an approximation of a truncated representation of the US. I guess that doesn’t sound as exciting. Gameplay challenges range from standard racing, to exploration and co-op races. So it looks like it’s going to be a very social game as well. November 11 release, only on next-gen consoles and PC.

– Here comes the next Assassin’s Creed game. Unity. I’m still disappointed about the European setting. Surely Ubisoft could have taken a risk and made a game in a more exotic location, as it had done so with the previous two games. We’ve already been to Europe, how’s about an Asian Assassin’s Creed game? I’m also a little disappointed that the lead character is a Caucasian male. After Aveline I held hope that Ubisoft was going to give the lead to someone of ethnic origin or a woman in a “main” AC game. Now with that being said, it’s certainly a pretty game. Paris is a good setting for any kind of game, and revolutionary France is both politically and historically important, which means Ubisoft has plenty to play with.

– The in-play footage of AC: Unity seems to show off a wider range of combat moves and a few more options for players with regards to the missions they can take on than in the past. There’s a cover system now, which adds some potential to the stealth gameplay. And expanded multiplayer which now apparently works in the main story mode as well.

– Shape Up is next; fitness for gamers. This is an Xbox One exclusive which gamifies fitness in the most literal sense. Each exercise is tied into a “quest”; you’ll be running on trains, punching asteroids and the like. In other words it sounds like an expanded take on Wii Fit minigames. The on-stage demonstrations included a fitness dance minigame, which certainly has a lot of energy, but I’m not sold on this thing being especially innovative. There’s also VS. modes, which is great for people that would rather play fitness minigames when they have friends around, rather than real sports or Mario Kart 8.

– Valiant Hearts is just around the corner, but I’m glad it got some airtime today. This game is going to be something special. I’ve said it in the past, I’ll say it again – UbiArt is the best thing Ubisoft has created in some time, because it has clearly opened the developers up to being truly experimental and create deep, personal, intelligent experiences.

– Finally we have a new game from Ubisoft. It’s a new Rainbow Six game. It looks like a Payday 2 clone; in the footage we see that it’s a multiplayer game where a team of police need to break into a house and rescue a hostage from a team of criminals who are barracading it up.

Overall an awful lot of violence coming from Ubisoft, and the E3 show didn’t provide a whole lot of context for that violence. On the plus side, on a purely technical level, Ubisoft seems to be handling the next gen far better than EA or Activision studios, and is aggressively pushing to at least try and use that hardware to offer new gameplay experiences.

Shantae is coming to Wii U

E3 2014 Trailer: Valiant Hearts is the most touching game to date