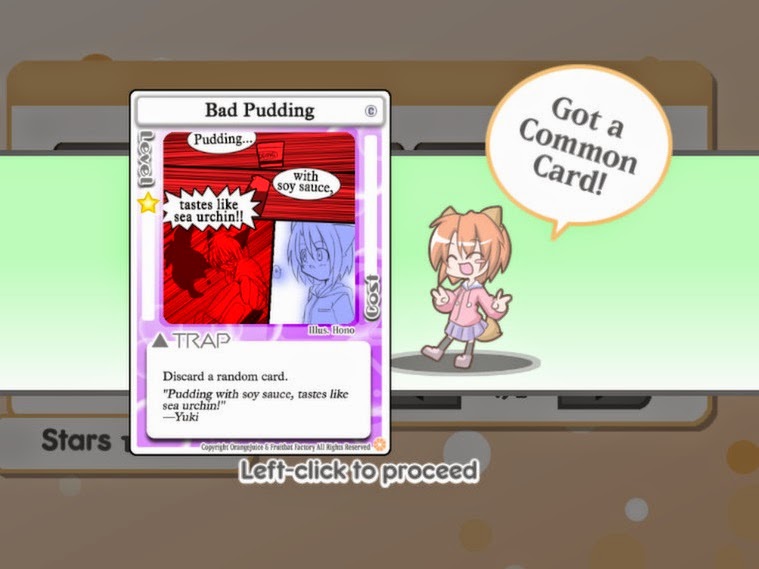 100% Orange Juice has nothing to do with Orange Juice (or Oranges for that matter). This is a board/ card/ dice game, of the old school variety where luck will come in handy. The game features characters from the Orange_Juice (the game’s developer) catalogue, such as Suguri who is the main character of the Acceleration of Suguri games. It is an easy game to learn and play, and quite a bit of fun despite being so obscture.

Players have the choice of four characters. Each character has a different set of stats to reflect standard RPG tropes; HP, attack, defense and evasion. After picking the character you want to play as you will be brought to a menu where you can pick from a minimum of options; free play, campaign or shop. The campaign starts off with short story segments that play out in text, and are at times silly. Luckily these story segments are short because their appeal is quite limited. 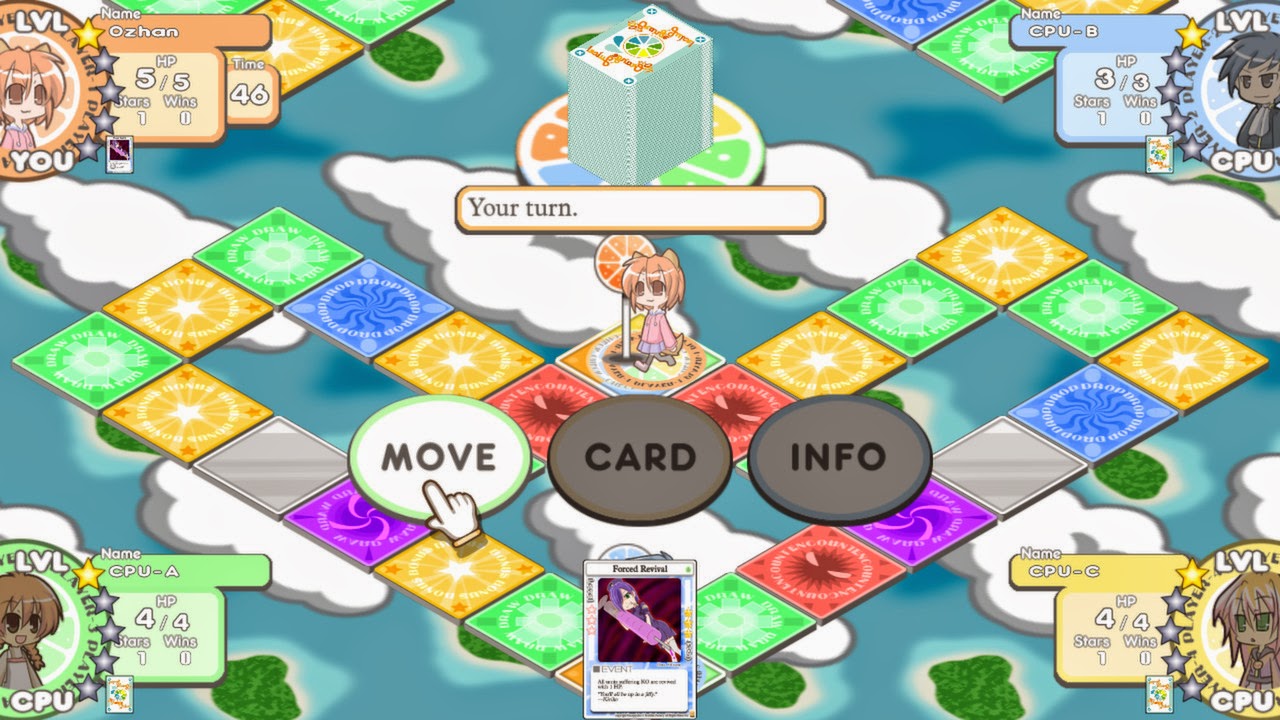 After the story segment you are brought to a screen where you pick 10 cards to add to a deck and you can also pick the “unit” you want to play as. A unit is represented by the character you will play as in the game you can get more of these units by buying them in the shop later in the game. Cards come in four varieties; boost, battle, trap and event cards. Each are fairly self-explanatory, and will have a range of different effects when played in the game proper. The 10 cards are added to the other three players’ choices, and the deck of 40 cards is placed in the middle of the game board. From that point on players roll dice, move around, and play cards.

To win a game you must beat a series of goals, with the first being to collect 10 stars. You get stars by landing on the gold bonus panel or by battling. Once you have beaten that goal your character will level up and you will be given two options for the next goal; either get more stars or to win a set number of battles. On the board there are all kinds of other spaces to keep the variety going strong; there are purple warp panels, blue drop panels where you’ll roll a dice and lose stars and a green draw panel that lets you draw a card. After a set number of turns the encounter panels where turn to boss panels where the battle is much harder to beat.

There’s a nice sense of progression in the game. In addition to unlocking additional “campaigns” (games to play), after each game you keep the stars you got in the level and use them to buy card packs from the in-game shop, and these will give you one more card. There are over 50 cards to collect. 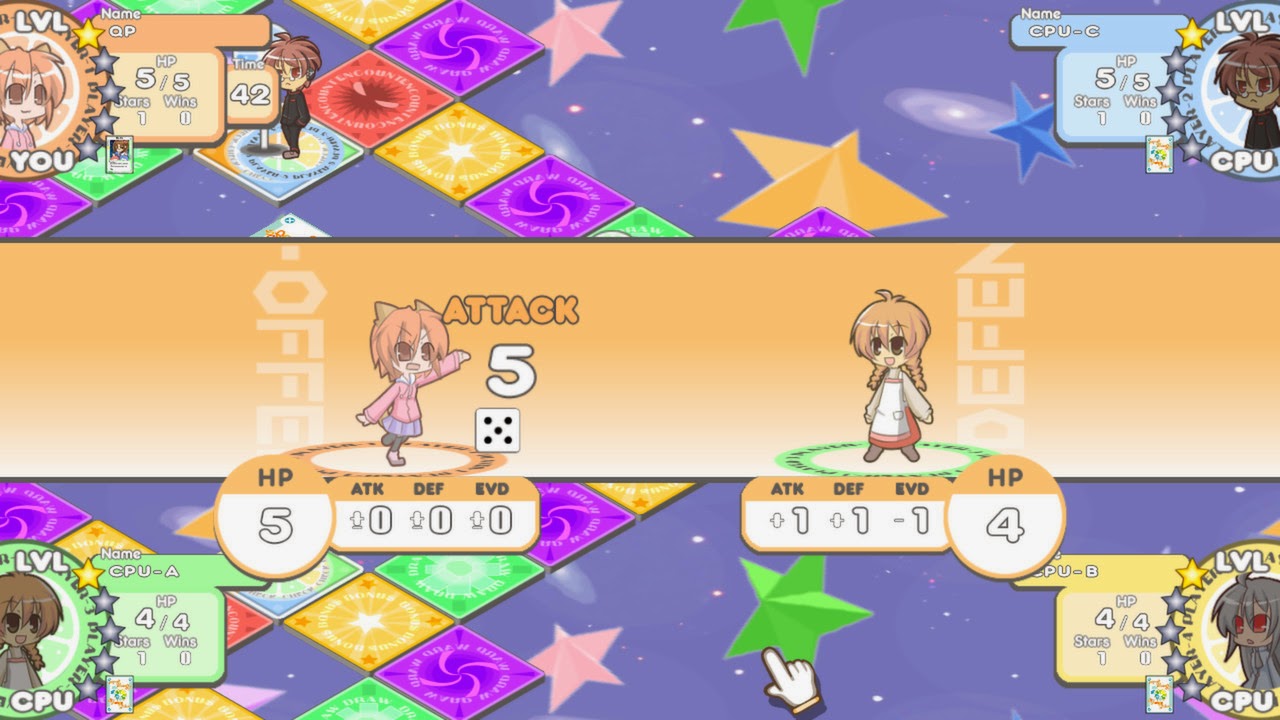 The game isn’t without issues. Modern board game design is slowly removing elements of luck from the experience. The whole Eurogame movement has been about limiting the randomisation that dice and drawn cards have from the experience in favour of instead offering simple strategic opinions to players that determine a victory or a loss. 100% Orange Juice has a lot of randomisation in it, and this classical approach to board game design will inevitably create frustration at times. No one likes being frustrated. That’s why game designers are getting rid of randomisation as a core play mechanic.

It may seem like there is a lot to this game, but it is simple once you get the hang of things. The multiplayer can be fun if you can get some friends together online, but it will be the only way to play multiplayer, as sadly there are almost no random online games being played at the moment. Be prepared to sit and wait for some time if you do create a room. It’s worth delving into the multiplayer, since after a multiplayer game you will win experience that will level you up and allow you to buy even more things from the shop.