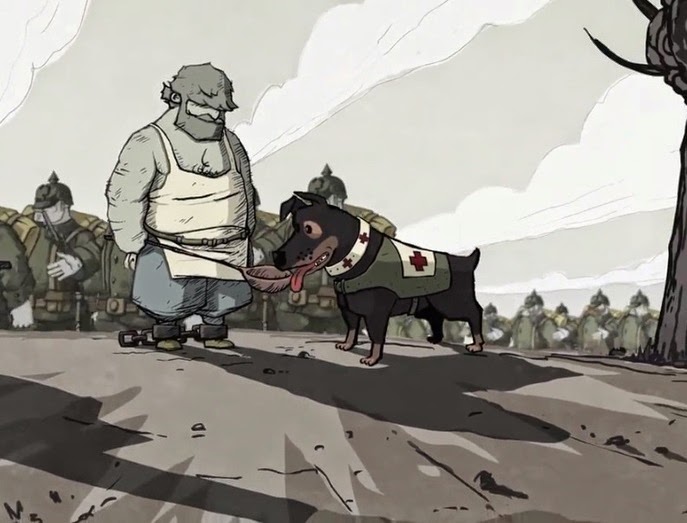 Ubisoft has been using the UbiArt framework for some truly great games; Rayman, obviously, and then also Child of Light.

But it’s Valiant Hearts that might just be the best UbiArt game yet, if not the best thing that Ubisoft has created yet. At E3 the company showed off a new trailer for the game, and I defy anyone to watch it and not think that this is the most heartfelt and brutally honest look at war we’ve yet seen in a game.

Built to “celebrate” (or, more accurately, remember) the 100 year anniversary of World War 1, this is a narrative-heavy puzzle game about man and dog. Playing as medics, it seems unlikely that you’ll be firing a single gun, despite it being a “war game,” and instead the game is clearly looking at the ramifications of war, the personal stories of horror and hell, and the very real human impact that war has on people.

The games industry desperately needs more games like this. Games that don’t glorify violence because there are children who thing it’s cool to go on kill streaks. Games that are reflective, intelligent, and ask players to think through deeper issues than the kill/ death ratio.

There’s plenty of room in the industry for those games as well, but E3 is already proving how unbalanced the industry continues to be in 2014; this trailer comes in at a whopping two minutes, and it’s perhaps the only two minutes of truly intelligent, artful game we’ve seen so far.