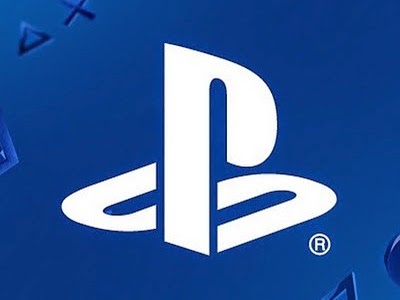 Sony’s 2014 E3 press conference has just concluded. Didn’t get to see the show live or simply forgot all the fine details? We’re on the case with a summary of everything that went down.

So, what games do we get to look forward to from the publisher giant? Did The Last Guardian finally rear its head?

– Some brief gameplay footage of Killzone: Intercept was shown during the Pre-Show. It featured high-end graphics and all the traditional FPS trimmings you’d expect.

– The main show opened with a narrated trailer for Bungie’s Destiny. The story is high-stakes tale of humanity’s ascension and exansion across the solar system.

– Sony’s Andrew House took to the stage to say Destiny exemplifies the comapany’s vision. “It means connected, visual quality, and choice.”
-He went on to reveal a Destiny PS4 bundle, which features a white PS4 and a 30-day voucher for PlayStation Plus. It releases on September 9th.

-The Order: 1866 was shown. It all looked very cinematic.

– Pixel Opus was shown. It’s about two lovers unable to be together.

– Entwined is now available on the PS4’s store. It will have cross-buy between for the upcoming PS3 and Vita versions.

-inFAMOUS: First Light was announced for PS4. It will be available this August as downloadable content for Second Son and as a stand-alone title.

– Little Big Planet 3 for PS4 was announced. It revealed “Oddsock”, a dog-like creature with the ability to walljump and move at a brisker pace. Apparently dogs are a hit this year. More new characters were shown, including one with the ability to fly. I’m getting some light Sonic 3 vibes with all these character abilities.
– Shuhei Yoshida came out to announce that Little Big Planet 3 will be for PS3, with a PS4 version that features better visuals. It releases this holiday season.

– Yoshida then revealed a new IP called Bloodborne from From Software. No gameplay was shown but it looked dark and atmospheric. It’s coming at some point in 2015.

– A trailer for Far Cry 4 was shown, centering on a location called Kyrat with weaponized animals. Yes, an elephant blew up a vehicle.
– The game lets you invite friends to join you, even if they don’t own the game themselves.

– Dead Island 2 made its debut. It will have PS4-exclusive features such as an exclusive character class.

– We already know Last of Us is coming to PS4, but its zombies will be coming to Diablo III.

– A special beta for Battlefield Hardline is available for PS4 right now. A trailer was shown featuring plenty of grappling hooks and zip lines.

– Sony has a partnership with Disney. Disney Infinity 2: Collector’s Edition is exclusive to PS3 and PS4. Oh, and Hulk smash.

– Destiny will have tons of exclusive content on PS4 such as co-op missions and maps.

– A partnership with Paradox Interactive was announced, including game such as Magicka 2.

-Devolver Digital’s titles such as Broforce, Titan Souls, Not a Hero, Hotline Miama: Wrong Number will be making their console debut exclusively on PlayStation platforms. The TALOS Principle looks like it has the biggest budget.

– Suda 51’s next game is exclusive to PS4 and titled “Let it Die”. It was hard to make out in the brief trailer but it looked like a strange mix of realistic horror with RPG mechanics.

– The world premiere of Giant Squid’s Abzu was shown. It looks like an underwater adventure full of sea life and exploration. It will make its debut exclusively on PS4.

– A trailer for No Man’s Sky from indie studio Hello Games was shown. It’s a sci-fi game based around exploring vast worlds on foot and via plane. Every player will have his or her unique planet; no two journeys will be the same. Dang did it look swell.

– Andrew House spoke about the PlayStation camera’s success on PS4. Sony is enhancing the technology with Project Morpheus, the company’s virtual reality peripheral that was announced a few weeks back. It will have its own booth at the show along with demos for two games.

– Shawn Layden came out to talk about the PlayStation Network. Roughly 95% of PS4s have connected to PSN.
-YouTube is coming to PS4 later this year. PS4 gamers will be able to upload footage to YouTube quickly and easily. You’ll be able to interact with the experiences of other players streaming their games.
– 25 Free to Play games are coming to PS4 in the next 12 months. These include Kingdom Under Fire 2, Planetside 2, and Guns Up. The philosophy is that “free to play means free to play”.

– PlayStation Now will be available in the US and Canada on July 31st as an open beta. PS Now will be available on PS3 and Vita shortly thereafter. The beta has access to over 100 games such as Dead Space 3, God of War Ascension, Metal Gear Solid 5: Ground Zeroes, Ratchet and Clank: Into the Nexus, and Ultra Street Fighter  IV.

– PlayStation Now is coming to Sony televisions. All you need is a DualShock 3 and you can stream Sony games to your heart’s content.

– Over 100 titles are in development for Vita including Tales of Hearts R, Child of Light, Tales of the Borderlands, and the “full” Minecraft experience

– Oh heck yes. PlayStation TV is getting a worldwide release. It will allow you to stream PS4 games to other parts of the household.
– It’ll be available for $99. A $139 bundle includes a memory card, a game, a controller, and more. Well hot diggity dang.
– Over 1000 games will be compatible from day one
– Disney Infinity 2 is coming to Vita TV and Vita next year

– The first trailer for Mortal Kombat X was shown. It brings on the expected hyper violence and cheesiness galore. A dangling human heart was shown…

– House returned to discuss PlayStation’s entertainment services.
– Marvel comic book writer Brian Michael Bendis came to announce a PlayStation-exclusive TV series for his comic, Powers. It’s a mix of crime fiction and super heroes. Some concept art was briefly displayed on screen. It will be available in December.
– PlayStation Plus subscribers will be able to view the series for free
– Ratched and Clank: The Move was shown. Insomniac is heavily involved.

– A Ratchet and Clank remake with PS4-quality visuals and the like is coming in 2015.

– A trailer for Konami’s Metal Gear Solid V: The Phantom Pain aired with some rather grim scenes and moody music atop. You could say it looked solid (har har).

– Grand Theft Audo V is coming to PS4 this fall. It features plenty of exclusive content and enhanced visuals. PS3 players and Xbox 360(!) players can transfer their progress and characters to the PS4 version.

– Rocksteady’s latest Batman game was shown: Batman Arkham Knight. It featured the caped crusader diving into Gotham, gliding, driving a tank-like Batmobile, and beating down some thugs. The Scarecrow Nightmare missions will be exclusive to PS4

– You had to see it coming. Naughty Dog’s latest efforts were shown in the form of Uncharted on the PS4.

– The conference concluded in a manner similar to Microsoft’s showing, with a grand display of the upcoming PlayStation titles.

This was certainly a content-dense event, perhaps more so than Microsoft’s earlier. It was honestly hard to keep up with the frenetic pace at times (and with all the variety).
What do you think? Has Sony topped Microsoft’s conference?
– Clark A.
Anime Editor
Email me at: clarka@digitallydownloaded.net
Share this

E3 2014 Trailer: Valiant Hearts is the most touching game to date