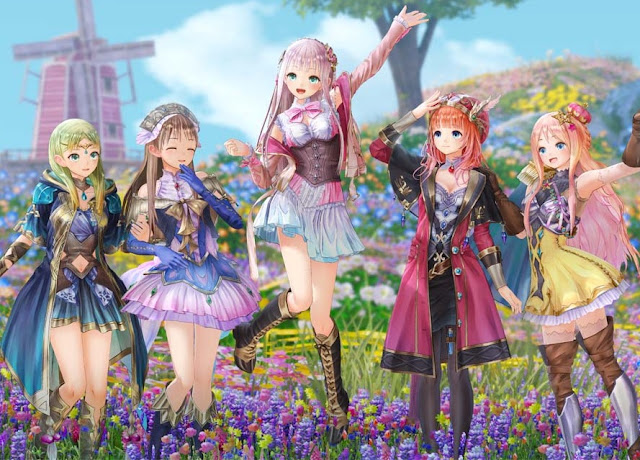 The Nintendo Switch is well over two years old now, and has built up an incredible library of stuff to play. This includes everyone’s favourite genre, the JRPG, with a blend of ports and exclusives, first and third party, giving JRPG fans no end of stuff to play on the go. With the Switch’s gorgeously large handheld screen epic adventuring while mobile has never been better.

To help newer Switch owners out, or just to remind people of some of the best stuff that they may have overlooked, we’ve pulled together a list of the ten best JRPGs that are available on the console. To date. It’s not like there won’t be many more great JRPGs released over the next couple of years of the Switch’s life, so if you’re reading this a year or two down the track, just assume that the list would blow out if we added newer releases to it.

Let’s start with the most recent one! Fire Emblem: Three Houses only released a week or so ago, but it has already shot into our rankings as one of the best games on the Nintendo Switch, thanks to its blend of tight tactical action, epic, expansive narrative, brilliant characterisation, and gorgeous visuals. Yes indeed, while you might say it’s just slightly tipping over the edge into bloat, Fire Emblem: Three Houses has been very, very hard to put down.

Just remember that Golden Deer is the best house. It has Pink Miku. 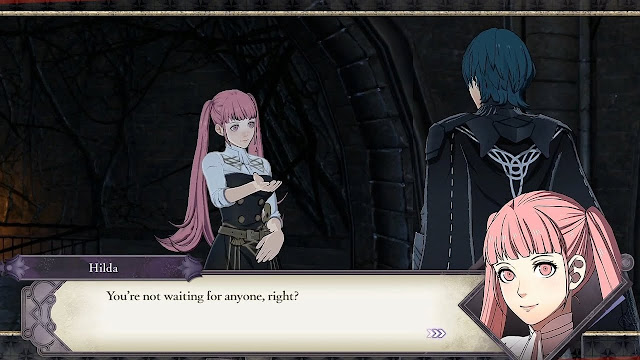 Sure, one the one hand you could say that Chocobo Mystery Dungeon: Every Buddy is a simple remaster of a Wii game. Or you could be less of a killjoy and instead sing in your loudest voice CHOCOBO MYSTERY DUNGEON IS A REMASTER OF ONE OF THE BEST GAMES.

Ahem. Putting aside my need to shout out unrestrained enthusiasm for Chocobo Dungeon every time I get the chance to, Chocobo Mystery Dungeon really is the finest Mystery Dungeon game that has ever been produced, giving players a roguelike that perfectly straddles the line between accessibility and challenge. On top of that, the whole game is a wonderful homage and celebration of everything I love about Final Fantasy, and as someone who has been playing JRPGs since back on the NES, I do indeed have very fond memories of Final Fantasy. It was in so many ways my childhood, and Chocobo Mystery Dungeon never fails to take me back with its whimsy. 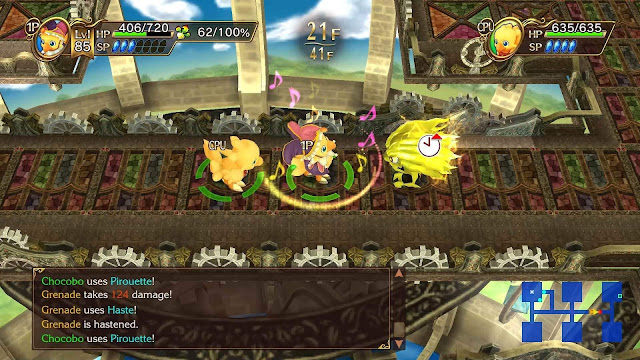 I firmly believe that tactics JRPGs work better in handheld. I’m not even entirely sure as to why, but settling back for some isometric thinky action just feels so much better when you can do it in bed. Perhaps it’s because tactics JRPGs don’t rely on super-complex visual engines, and therefore don’t really get better on the big screen. Whatever the reason, God Wars: The Complete Legend is one of the more noteworthy tactics JRPGs that we’ve seen in quite some time. Putting aside the dozens (if not hundreds) of hours of play in there, this is a gorgeous homage to the classical fairy tales and Shinto stories of Japanese history and culture – yes, that’s right, you’ll learn something by playing this one.

It plays really damn well, too. It’s a classical tactics JRPG, but refined and executed with superb precision. 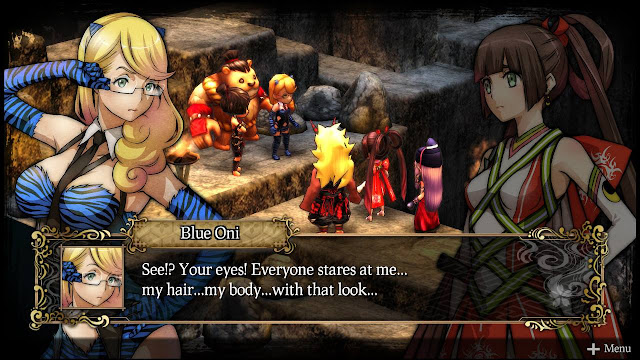 Admittedly Final Fantasy XII is an older game, and the Switch port doesn’t add much over what you can already experience on PlayStation 4. However, this is the best Final Fantasy (and yes, I’m willing to die on that hill), and having it on a handheld console is something more than I ever dreamed for back when it was mesmerising me for the first time on PlayStation 2.

Offering an intricate blend of political intrigue, exotic settings, and an eclectic cast of characters, the only thing that lets Final Fantasy XII down on any level is Vaan, the nominal protagonist of the game. Thankfully, after starting out as the protagonist, he fades into the background fast enough. Absolutely everything else about Final Fantasy XII is spectacular, and time is treating this game very well indeed. 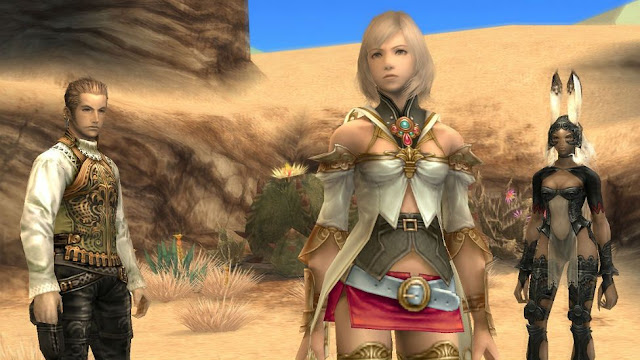 There are plenty of Atelier titles on the Switch to choose between: six, in fact. I would say that Koei Tecmo really churns them out, but “churn” has negative connotations and I could never do that to my beloved Atelier girls. So let’s say instead that Koei is… proactive, with this series. Yes. Proactive.

I’ve picked Lulua in particular both because its the latest in the series, and because it’s the sweetest, which makes it the best example of what Atelier strives for. Atelier has always been sugary-sweet, with its focus on telling the coming of age stories of its youthful protagonists, how they learn their role in society, and develop a sense of community. Rather than antagonists and world-ending conspiracies, Atelier instead focuses on gathering up ingredients to help out the local community with their much more mundane issues. And baking the occasional pie. Never forget about the pie. 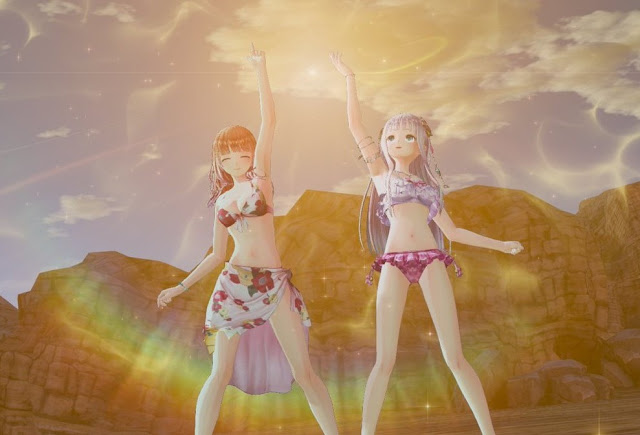 The original The Caligula Effect, released back on the PlayStation Vita, was a brilliant game that was unfortunately let down by technical issues. The Switch semi-remake rectifies the technical issues, leaving a game that’s simply brilliant. Telling the story of a group of people trapped within a created world and trying to fight their way out, Overdose vaguely resembles Persona. But that resemblance is only superficial, because thematically and philosophically it’s almost the anti-Persona, both in stroytelling and characterisation. It’s a complex, clever, deep and rich game, and in so many ways the prefect example of what I look for in a JRPG.

Also, the world that the characters inhabit was created by a character modeled after Hatsune Miku. No, I don’t know why these idiots would want to leave a Miku dream world either, but if they didn’t try I guess we wouldn’t have much of a game. 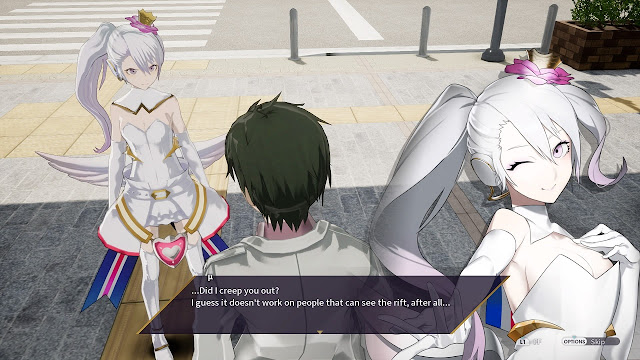 Dark Souls has become part of the video game canon and lexicon. If you call a game the “Dark Souls of XXXX” then people immediately know two things: Firstly, that the game you’re talking about is unrelentingly challenging and rewarding in equal measures. Secondly, that you’re annoying for making that comparison, because it’s such a cliche now. Yes, really. Stop doing it.

Dark Souls really is a masterpiece, though, and having it on a portable console for the first time is a wonderful experience. You’ll need to have a mobile phone or portable Wi-Fi to take advantage of the lauded online features when playing on the go, but but just think of the benefit of being able to give your friend Dark Souls to play, anywhere, and at any time, so he stops comparing everything to Dark Souls. The bliss of silence. 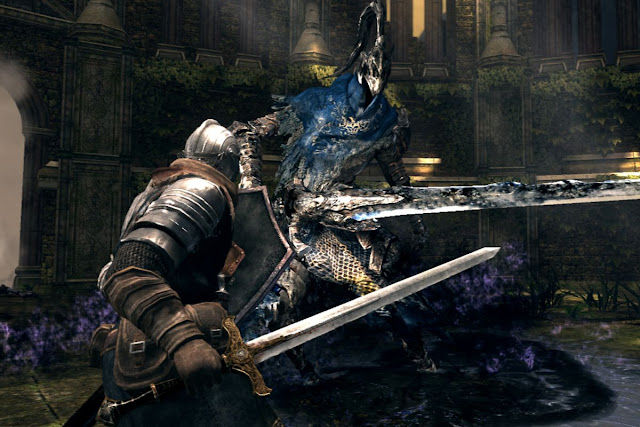 Octopath Traveler is what happens when you take a SNES, and cram modern hardware into it, so that it still only runs sprite-based games, but dear Miku do they look amazing. Every screen of Octopath Traveler is dripping with the most perfectly constructed 2D art direction that I’ve ever seen. Thankfully that’s backed with a really entertaining combat system (drawn largely from the Bravely Default series on Nintendo 3DS), and a fascinating, unique narrative structure featuring eight characters and their diverging (and converging) stories.

The game packs a bit of an emotional punch, too, with some really well-written characters and situations. It’s a rare, brave major publisher that would throw considerable weight behind a 2D game in this era, so I’m very thankful that Square Enix did just that. 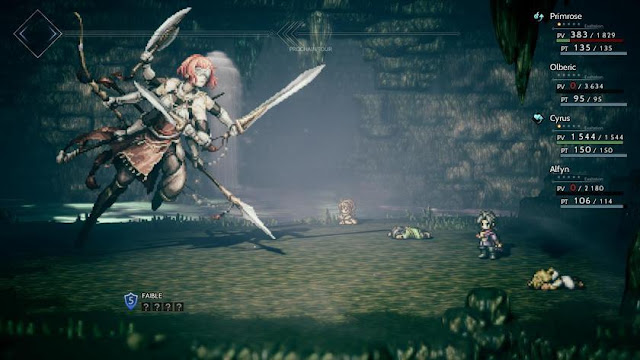 Labyrinth of Refrain: Coven of Dusk (Read our review)

It’s become rather easy to find good first person dungeon crawlers. After a few years where the genre largely went on hiatus, the success of Etrian Odyssey, Demon Gaze, and others has brought it right back to the fore. Labyrinth of Refrain gets our nod as the pick of the ‘crawlers on Switch because it has one amazingly unique feature – the ability to crash through walls. No, really, where most dungeon crawlers make you navigate around carefully constructed mazes, in Labyrinth of Refrain you get to smash and crash your way though. And that’s awesome.

On a more serious note, that ability to break down walls means Labyrinth of Refrain has original and unique dungeon design, and for a genre that’s been around since the 80’s, that’s impressive all to itself. 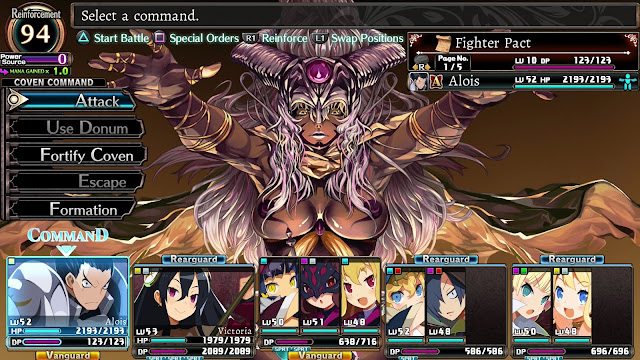 Collection of Mana (Read our review)

Collection of Mana is a retro package, but since it’s the first time one of the games in the series has been released in English, it gets to be a “new release” of sorts. With Collection of Mana you get to play three beloved classics, taken from a time before the Mana series took a dive of a very steep cliff and was left in a state of life support where only the most mindlessly loyal fans (such as yours truly) continue to find value in them. These three titles should be played by everyone, though. They’re all masterful examples of early-era action JRPGs, and feature gorgeous art by the standards of their respective systems, and cracking soundtracks. 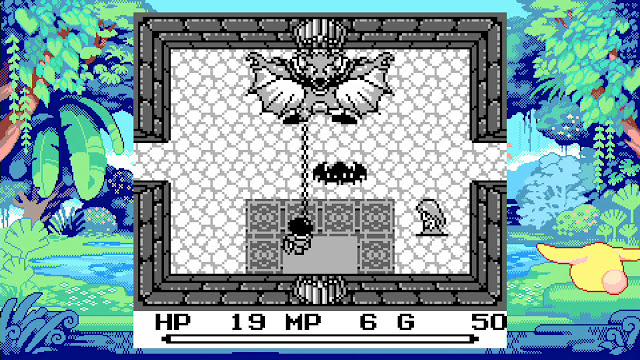 In Dead or Alive Xtreme 3 you get to celebrate everything that is good in the world: tropical islands, beach volleyball, and swimwear. With characters taken from the popular fighting game series, Xtreme 3 really is a pinup simulator, where you get to dress your favourite girl in whatever swimwear you like (many of them being lingerie rather than swimwear), and then take photos of them enjoying a lazy tropical resort-style holiday, right there by the beach and pool…

Wait, this isn’t a JRPG? Well I guess you got me there. Dead or Alive Xtreme 3 is not a JRPG. But joke’s on you, because this is actually an 11th game in a top 10 list, so I get to cheat. Also it’s the best game on the Switch so stop splitting hairs and just go hang out with Marie Rose, willya? 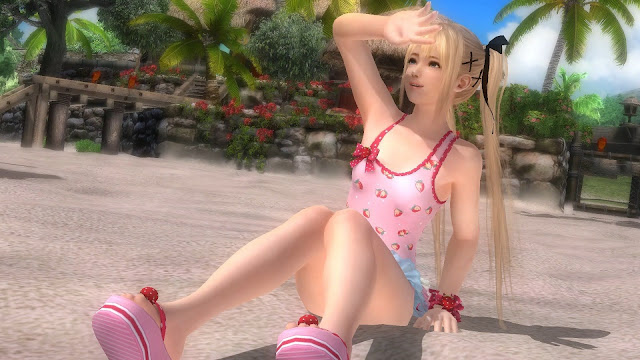 Be sure to let us know what your favourite JRPGs are that are available on the Switch! There are so many to choose from that narrowing this down to a top 10 (err, 11), was a real challenge!