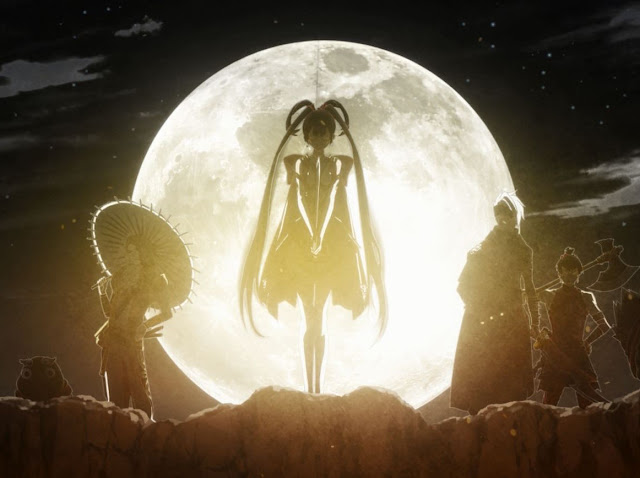 God Wars, on its original release, had me enthralled in a way few tactics JRPGs have managed. I love the genre, but this one’s razor focus on the very old legends and mythologies of Japan helped it to stand out in a way that felt custom-designed for a person like me. It wasn’t that the game appropriated those legends and lore as an excuse to throw gameplay systems at players. God Wars built its systems around those legends and lore, and in a games industry that is increasingly homogenizing experiences to fit in with gameplay “best practice” to the point that whatever narrative context is used feels superficial, a title like God Wars that drives its themes home first and foremost is refreshing.

Related reading: Our review of God Wars, from its original PlayStation 4 release

On the Nintendo Switch, the game has found its real home. Tactics JRPGs have always worked better as portable experiences, as the visual engines tend to be simple, and the games are broken up in such a way that they can work for filling in trips on trains, or to play through a single level before going to bed. Because individual levels can take as much as half an hour to play through, and are bookended by story sequences, there’s less of a pressing desire to play “just one more level”, so it’s easy to pick up and put down as time allows, again, making it perfect to put into the pocket for impromptu play sessions.

In addition, God Wars: The Complete Legend on the Switch comes packed in with one of the most substantial pieces of DLC you’ll ever see (available for separate purchase for people who have the existing God Wars on PlayStation 4). That DLC, Labyrinth of Yomi, is a 50-level dungeon designed for experienced players at the end of the primary story campaign. It’s designed to really test your mastery of the game’s complex skill system and tactics, and while I think the claim that it adds another 100 hours to the base game is perhaps a little exaggerated, it’s still a huge undertaking all of its own. Existing fans will love the chance to play as a number of previously unplayable characters, and people who get through to the end of the game’s base story will be converted to fans by the time they get into the Labyrinth. 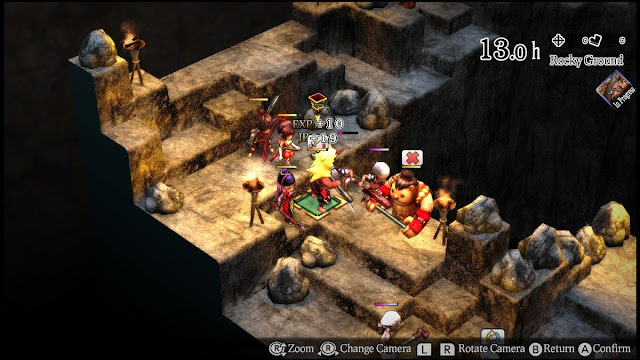 Admittedly, this DLC is more content than an extension of the base game’s brilliant narrative. It’s more levels, higher level caps, and more skills. There’s some new narrative elements (in fact, the DLC in itself has multiple endings), but compared to the base game, this all feels a lot more backgrounded. It’s hard to complain about that when it’s a bonus over and above the already rich, deep and lengthy main quest, however.

Nintendo Switch owners have had a good opportunity recently to really get stuck into Shinto mythology. A couple of weeks ago Okami gave players Shinto via “The Legend of Zelda,” and with God Wars they’ll get it via “Final Fantasy Tactics.” Much like Okami, there’s an overwhelming sense through the game that the natural world is a sentient being (or group of beings), which humans need to learn to live in harmony with. These beings, or Kami (Gods) aren’t necessarily like the Judeo-Christian God – an all-powerful being that we’re meant to revere as the beacon of goodness. Rather, Shinto’s Kami are fuelled by their own personal passions, desires, and goals. They’re neither good nor evil, but can be seen as both benevolent or angry, depending on how humans are interacting with them at the time.

At the same time, humanity needs to leverage the gifts of the natural world. For example, mines need to be dug for iron so people can have the tools they need to survive. This is despite the damage that the mines do to the natural environment. That tension between humanity and the needs and desires of the Kami fuels many of the stories and parables of ancient Japan, and those stories and parables in turn fuel so much of what you’ll see and experience in God Wars. The game’s characters are drawn from those stories, and the art style itself drips with an authenticity of the historic art and colours of the country. 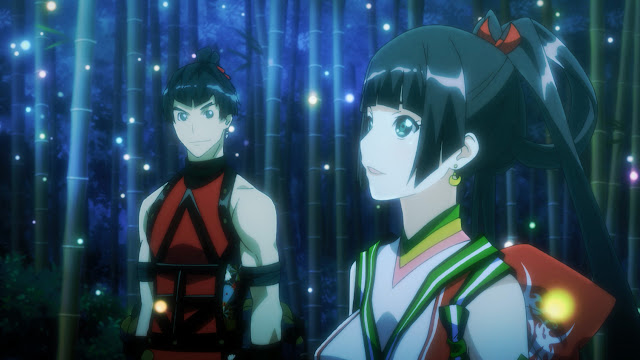 Mechanically, God Wars is an elegant and straightforward example of the tactics genre. You’ll give each of your characters one or two roles (and they’ll have an unchangeable third that is exclusive to them), each of which will give the characters different roles on the battlefield. As they level those roles up, they’ll unlock additional roles, and as your party grows, you’ll have a wide variety of different jobs to take onto the battlefield. Almost too many, really – you’ll also have to leave plenty of skills on the table, and try and read each battlefield for the ideal mix of abilities going in.

Related reading: Our interview with the CEO of Kadokawa Games on why God Wars meant so much to him

What I love about God Wars is how well the skills interact with one another. One of my favourite tactics is to really beef up one particular character with the best defensive and offensive buffs I have access too, and then use that character’s “taunt” ability to raise a statistic that determines which of the party an enemy will attack. While all the enemies then try to dunk on my “tank” character (to use the MMO term for much the same thing), the rest of my team will go about picking the enemies off one at a time. Of course, there are plenty of times that tactic won’t work, either, so having to be flexible (and develop each character’s skills so they can be flexible) is important in pushing through some of the more challenging levels in God Wars.

As with most good tactics games, working through levels is more about puzzling through the best path than applying strategic through. The enemy AI is appropriately predictable in behaviour, which is important in knowing how to move your own forces through a level. There’s plenty of opportunities to grind up some experience levels, so it’ll be rare that the enemy will have an overwhelming advantage, but story missions are still enough to put up something of a challenge. 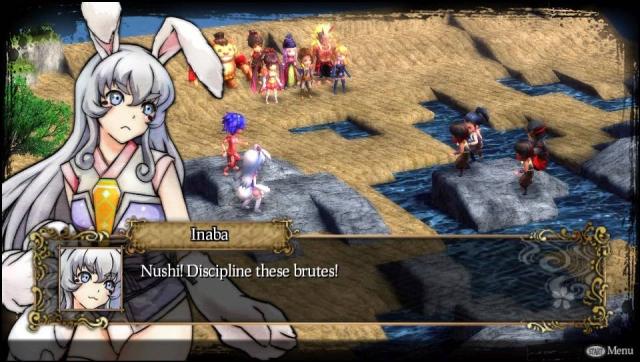 If you’ve ever played a tactics JRPG in the past, you’ll know what you’re doing in God Wars. It’s very careful not to rock the boat, and that fits beautifully with a narrative that’s all about a classical Japan from so far back that we rarely get a chance to see in games. To put into context, the Sengoku era of Japan ended in the 17th Century (Samurai Warriors etc), and William Adams, the hero of Nioh, landed in Japan right at the end of that conflict. The Shinsengumi covered in the likes of Hakuouki was the 19th Century, and even the upcoming Ghost of Tsushima, which claims to be an authentic recreation of a conflict between the Japanese and Mongols, is set in the 13th Century.

God Wars comes from a place far before any of those stories, though. It pulls its fairy tales and philosophies from the 12th century and before. They’re not perfectly accurate recreations by any means, but there’s a clear effort to make the character namesakes and references ring true to people who know and understand the underlying stories. As an Australian with a country that has such a short post-colonial history, looking that far back at a culture and nation that has remained in an effectively continuous state over all those years is truly fascinating, and God Wars was as inspirational to play through the second time as it was the first.

Returning players get the benefits of the portable form factor and DLC together, and new players can enjoy what amounts to one of the largest, and most interesting games on the Nintendo Switch to date. God Wars is too Japanese in tone, aesthetic and design to ever have much of a hope of reaching a mainstream audience, but as a culturally relevant artifact, anyone who is interested in seeing how a game can explore ancient folk tales and spirituality in an interesting and engaging manner should not pass up this opportunity.