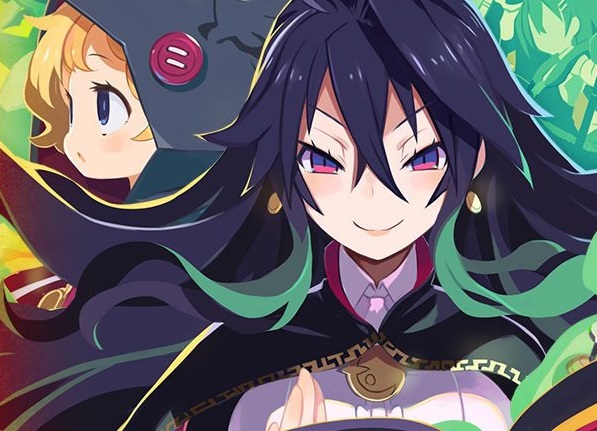 There’s no development house out there that quite understands the fairy tale aesthetic like Nippon Ichi does. Its habit of playing up the darker side of the Grimm Brothers aesthetic, with a healthy dose of anime exaggeration, was what made earlier efforts like Witch and the Hundred Knight so distinctive. Now, with Labyrinth of Refrain, it’s a clear hallmark of a studio once known almost exclusively for Disgaea (which itself liked to play with more than a few elements of fairy tales).

Mind you, we’re talking about real fairy tales here. Fairy tales being nice, pleasant stories of princes and princesses and love conquering all are largely a fabrication of Disney, when Disney decided to define childhood as a time in which a person needs to be wrapped in cotton wool and protected from the slightest upset. From Aesop way back when, through to the Grimm Brothers, which we largely attribute fairy tales too, the reality of the fairy tale is quite different. Aesop sought to put the fear of God into terms that children would understand. The Grimm Brothers wanted to use fairy tales to further a nationalist identity, and those two went to some pretty extreme places. In Cinderella the prince lays down a tar trap to try and “catch” Cinderella, for example, and the step-sisters cut bits off their feet off to try and force them into the slipper. Stories such as Snow White and Red Riding Hood go even darker places.

If the Grimm Brothers made anime, it’s easy to imagine that their work would have turned out like Labyrinth of Refrain. This is a game of witches and puppets, of magic books and magic wells, but it’s also very, very dark, and surprisingly narrative driven for a dungeon crawler – a genre that’s more often associated with brevity in storytelling. It also has an interesting structure. Labyrinth of Refrain oddly spends much of its time running its story, and dungeon crawling gameplay, in parallel. 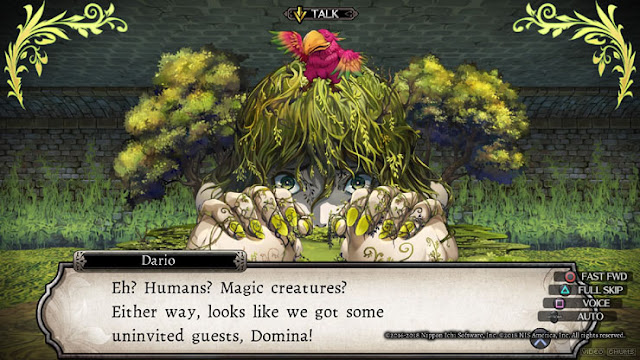 The central protagonist of Labyrinth is a witch that is looking to explore a labyrinth found at the bottom of a magical well in a village. Unfortunately, that well is filled with a deadly substance called “miasma”, and so the witch instead tosses a magical book down the well, which has the ability to animate puppets to do the exploration for her. As a result, cut scenes are focused around a character that has a minimal role in the dungeon crawling itself. At first this is a disconnect that feels a little laboured, but over time it starts to make sense, as it has allowed the writers to draw the witch as a deeply unpleasant character while still letting us enjoy the squad involved in the dungeon crawling. It’s a little like The Witch and the Hundred Knight in this regard, with its sympathetic Knight character, only more extreme; in that title you controlled a minion of the Witch, but she’d still be around to communicate with you. In this one, there’s no communication once in the depths of the dungeon.

Likeable characters are rare in Labyrinth of Refrain, with each new character introduced somehow coming across as more depraved as the last. It makes it hard to sympathise with any of them, but then the game’s also not asking you to be sympathetic. Rather, its wicked, nasty sense of humour is sharp and successful in creating the right tone; a Grimm nightmare gone wild, and this helps to give it a sense of character and purpose where most dungeon crawlers have little of that. Naturally there are twists and turns through the course of the story designed to have you re-think your initial impression of most of the characters, but the game has a decided intent to make every first impression uncomfortable in some way, and that tends to stick throughout. It’s the kind of storytelling that will put a lot of people off, but in a very dark sense, it’s both a delightful and amusing approach.

The dungeon crawling action in Labyrinth of Refrain is impressively different for a couple of reasons. Most noticeable is the number of characters you can take into battle. Most dungeon crawlers give you a party of between four and six. Labyrinth allows you to take “stacks” of characters, so in total you’ll have dozens. Remember, these are puppets and therefore expendable tools, and the game works hard to give you the impression that you’ve got wave after wave that you can throw into the swirling miasma. 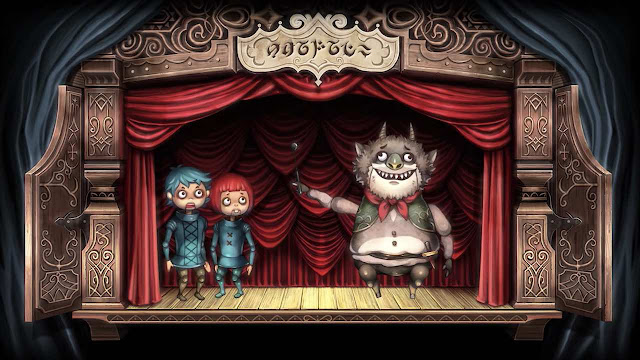 For people that like to mess around with statistics, this is a dream. Carefully structuring teams to take advantage of every combat opportunity, bit of loot, and statistic, is something that can have you spending a lot of time in the game’s party management menu. You’ll need to, too, because while Labyrinth of Refrain plays the part of the nice, accessible JRPG for the first half dozen hours or so, it has a difficulty curve that really ratchets up soon thereafter.

Another really neat feature is the way the game allows you to literally plough through walls. Most dungeon crawlers go to great lengths to carefully construct winding corridors and intricate space-based puzzles. Labyrinth of Refrain gives you the ability to knock down a wall, allowing you to find rooms that have no doors, or create shortcuts with few – if any – inhibitions. That’s not to say there aren’t puzzles, and right from the start Labyrinth throws puzzles at you that require you to move around multiple dungeon levels and navigate around environmental hazards, but there’s something downright subversive in the way the game gives you a tool that instantly obliterates the principles of good dungeon crawler design. I found it quite incredible that the developer was able to rethink the approach to level design so effectively, when that wall-busting mechanic really does completely upend the principles of the dungeon crawler.

Labyrinth of Refrain also eliminates random encounters in favour of placing enemies on the map. If you’re not in the mood to fight a battle, than in most cases you’ll be able to manoeuvre your way around an enemy so that you don’t have to. This is something that we’ve come to take for granted in most other JRPGs; it’s rare indeed for a JRPG to have that old system where enemy encounters will just happen at random as you’re walking around, based on the game making a series of percentage calculations in the background, but the dungeon crawler has been a stalwart in that regard. Other crawlers, like Etrian Odyssey and Mary Skelter, would put boss enemies on the map, and often make a puzzle of needing to avoid them for a while, but in those titles normal enemy encounters were still randomised. Labyrinth of Refrain makes sure you know where every enemy is, and, just like the ability to break through walls, this has a surprisingly substantial impact on how you actually play the game. 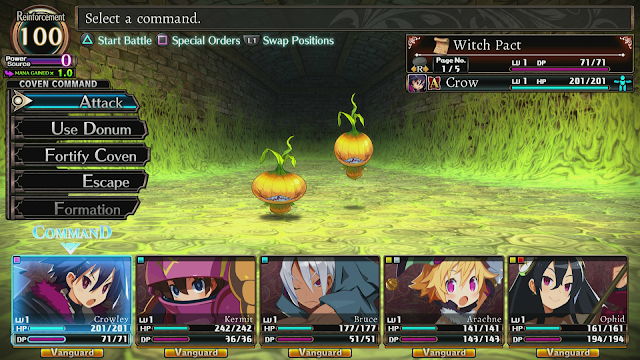 These are just two examples, but in so many ways Labyrinth of Refrain represents a genuine attempt to subvert and modernise a genre that even fans, such as myself, would readily admit is traditional to a fault. There’s nothing aggressive about the way Labyrinth continually subverts your expectations on how a dungeon crawler should work, but it’s there, and it’s surprisingly nuanced. The further I got into the game, the more I found myself playing for longer and longer periods of time because mechanically and structurally it’s a fascinating effort.

Nippon Ichi continues to be one of the more experimental developers within traditional JRPG genres. Disgaea has always offered a fundamentally different approach to tactics JRPGs, and the two Witch and the Hundred Knight titles did interesting things with the action JRPG. Being different means they’re not for everyone, but Labyrinth of Refrain is perhaps the developer’s most mature, nuanced, and interesting effort yet.

Here’s the first trailer for Yuuna and the Haunted Hot Spring: Steam Dungeon