Gris is coming to iOS devices

Gris, a narrative platform game about a young girl lost in her own world, will be coming to iOS on August 22. The title was originally released for PC and Nintendo Switch last December; you can read our review here. 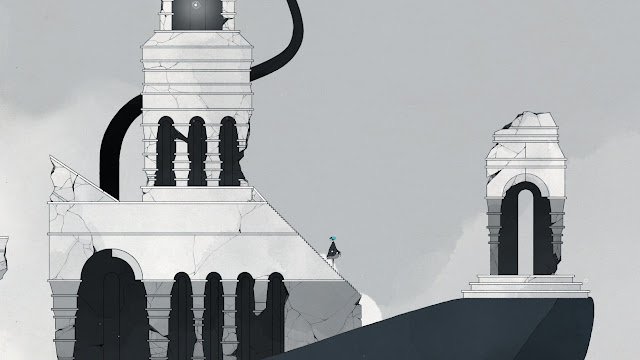 The game touches upon very heavy topics, including depression. Matt C. wrote in his review: “Between the gorgeous artwork, haunting score, and increasingly abstract world, it manages to take you on a journey through depression that words alone never could.”

Gris promises to be free of danger, frustration, and death. Instead, players explore a meticulously-created world through light puzzles and platforming sequences. There are optional skill-based challenges for those seeking something more difficult. There is virtually no text in the game, so it can be enjoyed by anyone regardless of language barriers.

The next Utawarerumono is less than a month away! Here’s a new trailer

How time can fly. It seems like only recently we were delighting in the news that NISA had picked up the rights to Utawarerumono, after Atlus seemed to have left them behind. Now, however, in less than a month, Utawarerumono Zan will land on PlayStation 4 (September 10 in the US, September 13 in Europe/Australia).


Utawarerumono Zan is a spin-off from the main series. Those are visual novels blended with turn-based tactics combat. This one is a Dynasty Warriors-style action RPG, with over 12 playable characters, and online multiplayer.

It does, however, promise to be much of the same kind of storytelling, blending a rather beautiful world and eclectic characters with some fun and light fanservice. And with fully animated cut scenes (a first for the series), this Utawarerumono Zan should be the different look at the world that fans will really love.

Indie horror sequel, The Coma 2, gets new deets (and platforms)

The Coma was something of an indie darling in the horror space. We would be lying if we said it was our favourite game (read our review here), but as a tense little 2D stalker horror, which reflected on the tensions of school life in Korea, it wasn’t bad at all.


The Coma 2 promises more of the same, and will release on PlayStation 4, Xbox One, Nintendo Switch, PC and Mac. You can expect an improved, more refined experience, with improved enemy AI, which all by itself should make this game so much more worthwhile.

Hand-drawn in-game visuals and comic strips, meanwhile, will help to set the scene, and there will be an expanded range of environments to explore, and challenges to overcome. There’s no release date yet, but based on the trailer, above, it looks like this game is already far into development.

Get a look at the latest Atelier Ryza trailer

Koei Tecmo has shared the latest Japanese trailer for the next in its cornerstone RPG series, Atelier Ryza, and it does look so very lovely.

The new trailer gives you a good look at the combat system, and some of the more dramatic moments in the game. This new game does seem to be putting a greater emphasis on the action side than some Ateliers past, so it’s going to be interesting to see how that turns out. I don’t generally play Atelier for the action, but the girls are cute enough so I’m sure I’ll get right into this one too.

The game releases on September 26 in Japan, for PlayStation 4, Nintendo Switch and PC (via Steam). The western release won’t be too far behind (just a month, in fact. It lands on October 29)

The Friday 10: Ten must-play JRPGs on the Nintendo Switch