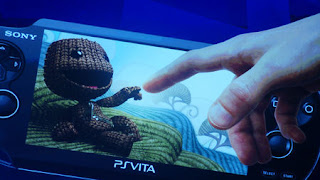 This week we’re going to have a look at that console that everyone claims lacks games. That’s right, the PlayStation Vita. The sad reality is that it doesn’t lack games at all. In fact, the Vita has some truly entertaining games that were release to little or no fanfare thanks to the console’s utter lack of visibility in the market.

So, if you haven’t got a Vita yet, consider the ten games we’ve listed below. You might not even realise these are available on the console, but if you pick one up and grab these games to go with it, you’ll quickly realise just how good the Vita can really be.

Atelier Totori – GUST games are never at the forefront of people’s minds when they think of games that are worth buying a console for, but even as Persona 4 Golden gets to be the JRPG that shows that the Vita can provide those in-depth experiences, Totori is every bit as worthy for being something a little different and a little niche that will delight people willing to dig a little into the PSN store.

Thomas Was Alone – Take a bunch of little coloured shapes and turn it into a platformer. It sounds a little too abstract or even surreal for its own good right? Well, in practice it’s actually one of the most endearing and charming little puzzle games that you’ll ever play. If nothing else it’s proof that you don’t need HD graphics, orchestral music and Hollywood screenwriters to come up with a memorable and emotionally-affecting story.

Men’s Room Mayhem – Yep. Someone has made the art of public bathroom management entertaining. I honestly think Men’s Room Mayhem can only ever be a one of a kind game and as nuts as it is, it’s also very funny, and very, very replayable. This is not a game that will be recommended to you when you first get a Vita, but if you take a risk with it, you’ll find yourself having a great time very quickly.

New Little King’s Story – Little King’s Story really makes me wonder about the taste of gamers. On the Wii it failed dismally. It didn’t perform any better on the Vita. And yet this is one of the most brilliant games that I have played in years. It cleverly takes titles like Pikmin and some light simulation aspects and fuses them together in a beautifully charming, entertaining adventure with a superb soundtrack and everything else.

escapeVektor – Part Qix, part Pacman, all retro and all cool, escapeVektor from Aussie devs, Nnooo, is compelling arcade-style action. Visually striking in a minimalist, Tron-style aesthetic, escapeVektor holds within its indie trappings a mass of content, genuine challenge, and one of the most well-integrated leaderboards in a game to date. This is a real hidden gem on the PlayStation Network. 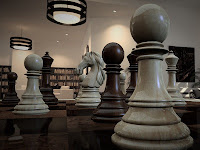 Pure Chess – Chess is meant to be boring and all that, I know, but the reality is that a good game of Chess is one of the most intellectually engaging experiences. Chess is, after all, an ancient game still played by millions the world over for a very good reason – you’d be hard pressed to find a game which is structured so perfectly as this one. And Pure Chess does that game great justice, looks gorgeous, and has some wonderful AI to match the excellent multiplayer play.

Silent Hill: Book of Memories – You would think that a Silent Hill game would be a high-profile release on the Vita, right? Not in this case. Wayforward, the kings of 2D platforming, were given the task of doing something different with Konami’s horror franchise and what did they do with it? Turn it into a roguelike RPG. It’s so very different – and not slightly horrific – but this is one of those cases where different isn’t necessarily bad.

The Flying Hamster – For some reason I can’t get enough of this game – I own the Minis version, as well as the iPhone game and now the Vita version, but the Vita version is the finest of all. Despite this Flying Hamster was released on the PSN and very quickly forgotten. Never mind how charming the game is, nor how surprisingly challenging it can be. It’s still a underrated surprise just sitting there waiting for you to drop by with your few virtual dollars to nab it. 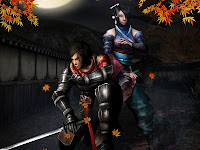 Shinobido 2: Revenge of Zen – For most people, the Metal Gear Solid games are enough when it comes to stealth gaming. But for people looking for a little more, consider Shinobido 2. While this game was built on a budget, the core mechanics are more than engaging enough. There is something timeless about scouting out the perfect route to a mark and then taking him out before anyone notices your presence. Shinobido does a good job of capturing that kind of excitement.

Ragnarok Odyssey – With the release of Soul Sacrifice, it is easy to forget that the Vita had a wonderful counter to Monster Hunter before that game was ever released. Ragnarok Odyssey is colourful take on the kind of mission structure and big monster battles that Monster Hunter made so popular, and it’s a very enjoyable “clone” to boot.

The weekly discussion: which next-gen console (or consoles) is for you?