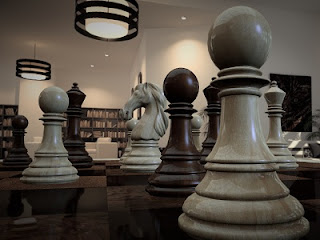 Hang on! A chess game doesn’t need nice presentation to be any good. After all, it’s all about the AI, right? Well, no. Pure Chess proves that a bit of effort with presentation goes a long way, even for something as “stuffy” as chess.

That’s not to suggest that Pure Chess lacks in the AI department, mind. Good AI is indeed table stakes for a chess game, and Pure Chess gets things right for the most part. There’s ten different levels of AI to compete with, and while the beginner level won’t challenge anyone, it’s a tough ask to take on the higher settings.

Impressively, the game also doesn’t take too long to think through moves. The algorithms required to create effective Chess AI has been a puzzle for developers since games began, and it’s a puzzle that typically leads to a lot of code, which in turn leads to a lot of thinking time as the computer reads through the code to try and understand the probabilities of the millions of strategies it has available at any given point. That thinking time usually bores the less serious chess players, who are sitting there watching the hourglass spin around and around. 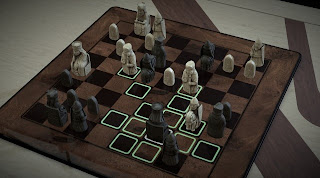 Pure Chess condenses all that thinking right down, though. Even at the high difficulty settings, the AI “thinks” quickly with this game. Now, that raises some questions about the integrity of the AI: does it leave some glaring holes in strategy that the experts can find and exploit? Does it mean the AI only has a few tricks up its sleeves as so players will learn its habits quickly, resulting in a limited game in the longer term? For the former all I can say is I’m a reasonable chess player (my ELO rating is reasonable without being spectacular), and I was pushed by the AI on the higher difficulty settings. For the latter, the AI does seem to favour certain openings and strategies, but if the trade off is a game that doesn’t take ten minutes to think up the next move, it’s a fair trade off indeed.

There’s three main ways to play Pure Chess against the AI: A one-off exhibition game, a multiple-round tournament, and a puzzle mode, where you’ll jump into the game midway through and have to dig yourself out of a difficult situation. There’s enough there alone to justify the game’s sub $10 asking price, as thin as it might sound on paper. 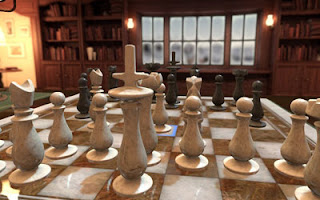 Of course there’s also a multiplayer mode, and most interestingly, the developers decided to implement a “play-by-email” system rather than a traditional online multiplayer game. This works well for chess, as it means a game can be played across the world over a few days without having to organise a time to meet up online. It also means you’re able to jump on and take a turn or two at a time without having to dedicate a substantial block of your time to the game.

The only downside is the only way to play multiplayer matches is with people on your friends list. If anyone reading this review has the game, please mention your PSN username to me, because I’m keen to get more games going.

But most importantly, and the real reason this game is such a pleasure is the presentation. The board and pieces are gorgeously rendered, and the background settings, while empty of virtual life and static are a flood of elegance and class. The music that supports those settings is relaxing and fits the thought-stimulating game of chess beautifully. This game is by the same folks to produced the superb Hustle Kings, and the sheer class of presentation shines through here as well as it did there. 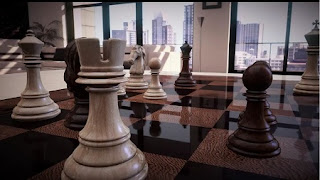 There’s enough meat to the game (it tracks ELO ratings for the chess hardcore) to keep you coming back for more, but really what VooFoo studios have done really well here is craft a relaxing and entertaining little chess game for everyone, not just the hardcore. It checks all the AI boxes and has as a bonus the kind of presentation that means you don’t need to be a chess master to enjoy your time with this one.