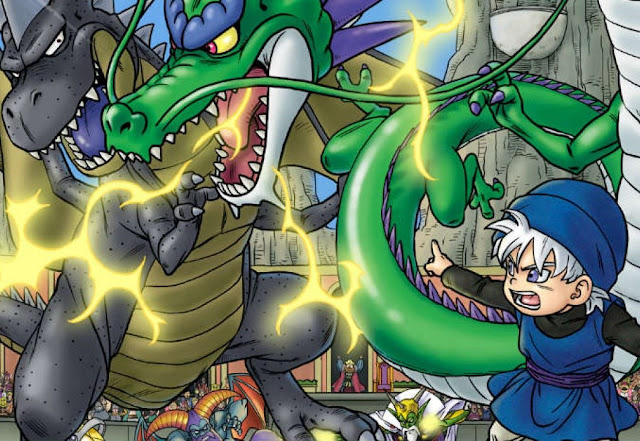 It’s the Pokemon “clone” that deserves so much more than what it gets. For whatever reason, Dragon Quest Monsters (or, at times, Dragon Warrior Monsters) is one of Square Enix’s most inconsistent properties, despite being so very good. Perhaps even better than Game Freak’s thing – don’t get me wrong, I love Farfetch’d and Psyduck. And Pikachu, I guess. Slime and Dracky are just cool though.

The original Dragon Quest was a pretty obvious response by the then independent Enix. It came two years after Pokemon Red and Blue launched in Japan, and you could see what Enix was doing – it saw the success behind a game that was all about collecting cute monsters, realised that it had its own stable of super-cute, iconic monsters, and figured that it could get on the gravy train. And so Enix set about cobbling together its own monster collecting game. Dragon Warrior Monsters was a Game Boy Color title when it released in the west (just one year after Pokemon Red and Blue did), and it enjoyed a number of advantages over Game Freak’s effort. Unlike the first generation of Pokemon it was all in colour, for a start, and the little monsters in your party would trail along behind the main character. Compared to the relatively dry application of Pokemon outside of the battle scenes (i.e. you wouldn’t even know who was in your party unless you pulled up the menu) this subtle little change was a great touch that lent a lot of personality to the party building.

It was also a roguelike, and back in those days, having “unlimited” dungeons to explore and battle through was a major feature for a handheld title. Every Game Boy and Game Boy Color JRPG relied on some degree of grinding, and the roguelike was – and still is – one of the best facilitators of that.


Yes, Dragon Warrior Monsters wasn’t perfect. One of the biggest issues was that you had an overly harsh limit to the number of monsters you could keep, where, as Pokemon showed, the real appeal of this genre was building up a big collection. Enix did this in an effort to force you to “breed” monsters, which would cause two of your existing collection to disappear, and one, more powerful one, would be left behind.

This system might sound familiar to Persona fans, and it is indeed the same system that has driven that series along, but with one (big) caveat – in Dragon Warrior Monsters, you may have carefully leveled the “parent” monsters up to a ridiculously high level, only to breed them and the new monster left behind was… level 1. Yes, its statistics were better and it would become much more powerful than its parents, level-for-level, but it was still a kick in the teeth to know that you’re going to have to go back through old dungeons just to get the experience points going again. I realise that there is a contradiction in criticising a gameplay design element that lends itself to grinding after I just said that the grind from the roguelike structure was welcome, but this particular spin on repetition was less palatable.

Still, Dragon Quest Monsters was a game that I have completed many times over over the years (and, as you can see from the video above, I’m giving it another run as I am now streaming it on my Retro Tuesday streams). To this day I love it, grind and all. I love the aesthetics. I love the iconic music (which, as I’ve now discovered, goes beautifully with ballet). And I’ve loved the sequels as well… at lest, the ones that have managed to make their way out west. 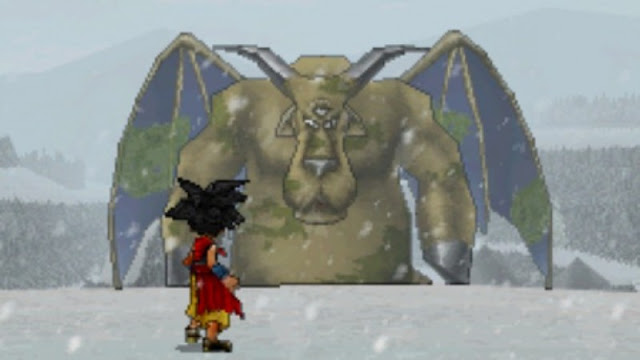 Square Enix has localised only a few Dragon Quest Monsters titles in the years since. Joker, on the DS, is probably the most notable of them. At the same time, it has chosen not to localise a lot of them too. You can get the original Dragon Warrior Monsters on your Nintendo Switch right now… if you have a Japanese account (and can read Japanese to play). Dragon Quest Monsters Joker 3 never got a shot. It seems crazy to say, but at a time where Dragon Quest is going through unprecedented popularity in the west thanks to the surprise hits of Dragon Quest Heroes and Dragon Quest XI, and monster-collecting games have never been healthier thanks to the successes of Persona and Yokai Watch (to say nothing of Pokemon itself going from strength to strength), Square Enix appears to have all-but given up on Dragon Quest Monsters.

Square Enix even took another crack at the monster collector in World of Final Fantasy, and people loved that. Despite all of this, the last title in the Dragon Quest Monsters series to get an English release was Joker 2, and that was back in 2011 – nearly ten years ago now.

So consider this article a plea. Square Enix, if you happen to be reading DigitallyDownloaded.net (God knows I play, review, and love enough of your games that I better be on your reading list), then give us a new Dragon Quest Monsters. The Nintendo Switch would be ideal for it. It was 21 years ago now when you introduced the series to the world, and it was this series that very much cemented my love of Dragon Quest. I know the series producer’s comments from earlier in the year weren’t exactly designed to give fans hope, but still, I want to have hope. So please, help a fan out, yea?