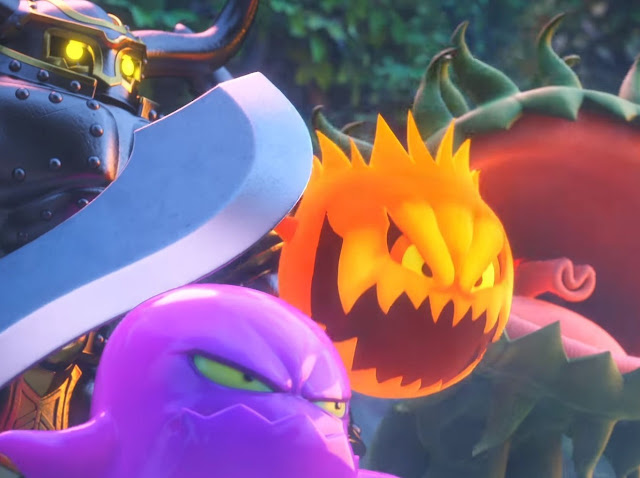 Related reading: Our review of the original World of Final Fantasy, on release for PlayStation 4

For those that missed the initial release, World of Final Fantasy is a love letter to the Final Fantasy of yesteryear, wrapped up in as a Pokémon-like monster collecting structure. You run around a world that is filled with highlights of the older Final Fantasy titles, fighting familiar enemies, and meeting (and assisting) familiar faces. Familiar music plays on in the background, and those Pokémon-like monsters that you collect are all fan favourites. I mean, the very first creature is a chocobo chick, and it just doesn’t get more adorable than that.

To push the nostalgia to that little greater extreme, World of Final Fantasy is also impossibly cute. Eschewing the realistic aesthetic that the main, numbered series has always aimed for, World of Final Fantasy has cute little people with oversized heads, and every environment is drawn boldly and colourfully for a maximum cartoonish effect. It looks very much like what you might expect from one of the SNES or NES Final Fantasy entries, were those visuals taken and directly spun into 3D art. On the Nintendo Switch, in handheld mode, the game is especially gorgeous, with the screen small enough such that the uncluttered environments don’t like they’re “simple” or “empty”, while it’s also big enough that, unlike on PlayStation Vita, you can more easily see the smaller details, which is where the game finds much of its humour and quirks. 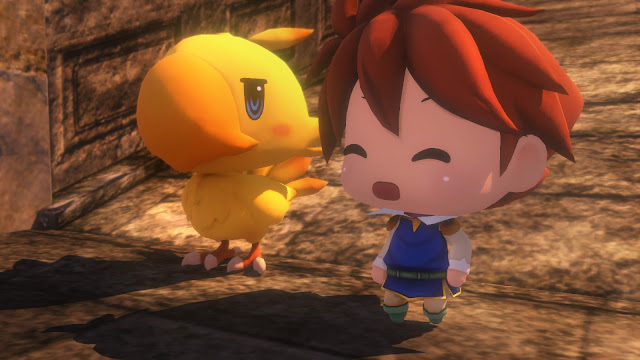 World of Final Fantasy is a good-natured game, and indeed this is one of the reasons that it’s one of those JRPGs that I’ve managed to find the time to complete a few times now. The obligatory sidekick character is a little irritating with his arbitrarily “quirky” speech pattern, but otherwise the interplay between each of the major characters is charming and light, and because much of the game plays out like a tour of Final Fantasy’s history, you’re constantly meeting new characters and entirely different plot arcs. If there’s any criticism that can be levelled at the game’s narrative it’s that it can feel disjointed at times, and the overarching plot that is meant to tie everything together is nowhere near as interesting as the smaller, nostalgia-filled arcs along the way. But those issues are relatively unimportant to the overall vision, and World of Final Fantasy very much feels like a love letter to the series, for fans, and made by fans.

The combat system is both unique and amusing too. In addition to your main protagonists, you can take up to four captured monsters into battle, and these teams are arranged into two “stacks” – rows of three characters apiece. The smaller characters physically sit on the heads of the larger characters – that’s the amusing part. What it means to the gameplay – and the unique twist it offers the very traditional turn-based JRPG combat – is that players only get two attacks per “turn”, but those stacks of characters combine all the skills and hit points of each of the individuals, meaning that they’re quite tough, and very versatile. The risk is that a good solid hit from an enemy attack will knock the whole stack down, leaving all the characters temporarily stunned and very vulnerable.

It’s a truly enjoyable combat system, especially mixed in with the more involved process of catching monsters than we see in most other examples of the genre. In most cases all you need to do is weaken the enemy, but in World of Final Fantasy, you instead need to use specific abilities or meet particular conditions before the enemy monster can be caught. This introduces some light puzzle elements into the combat system, and also makes catching a new monster feel all the more rewarding, because you often need to get creative to meet those conditions. It feels much more like you’ve earned your prize. 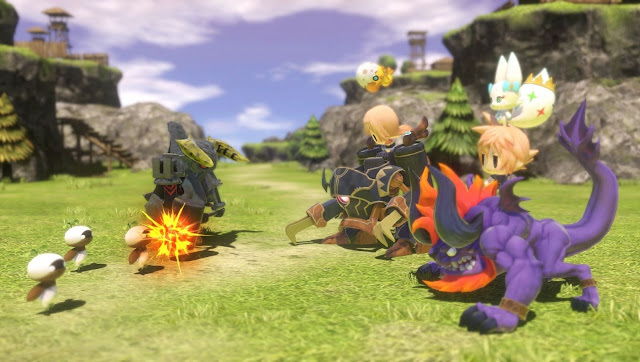 The “Maxima” additions are, as I wrote earlier, quite simple in scope. There’s some new enemies to fight and a couple of new little mini-games to enjoy along the way, though the thing that I enjoyed the most was the ability to turn the two central protagonists into legendary heroes from the Final Fantasy series, each with their own accompanying music. Given that the appeal of World of Final Fantasy was that tour through nostalgia, this really should have been a feature from the outset.

Nostalgia is always a difficult topic for game developers to grapple with. For one thing, in many cases what people are nostalgic for is not as good as the reality, and we have a tendency to “gloss over” things that don’t work so well in order to remember the good about something. This is mitigated to an extent because most of the Final Fantasy titles that World of Final Fantasy draws inspiration from are still readily available, and fans continue to play them, so time isn’t diluting their flaws, but nonetheless, World of Final Fantasy has still had to fight an uphill battle against the esteem of the earlier titles, which is being inflated as fans of those games are struggling to get on board with the direction that Square Enix has taken with the series in recent years.

Games that focus on nostalgia also tend to struggle in appealing to newer players. People who haven’t played previous Final Fantasy titles are sure to miss many of the cute little references in World of Final Fantasy that have been designed to make fans smile. Still, I think the gentle difficulty curve of World of Final Fantasy, as well as its cute aesthetic and monster collecting features actually make it a really good entry point for the entire genre for newcomers. 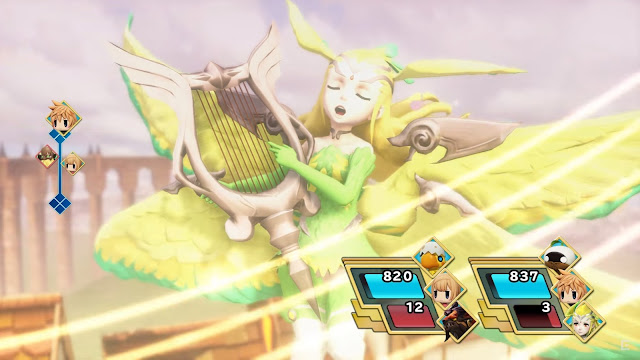 Compared with Final Fantasy XV, released in the same year as World of Final Fantasy, I find this game that much more enjoyable and replayable, because it is a gorgeous throwback to the history of the franchise, and because it doesn’t take itself seriously. It doesn’t offer the dense and intelligent narrative of Final Fantasy at its very best, but it’s a joyful and heartfelt ball of fun, and it’s great that Square Enix is able to find a way to balance out both approaches with its premiere franchise.