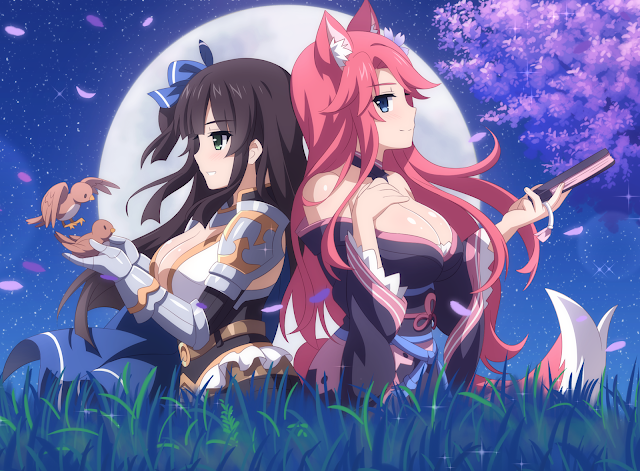 While Steam and the major consoles don’t allow for the sale of adults-only games (in terms of sexual content – AO games for their violence are wholesome entertainment), in recent years we’ve seen an emerging trend among localisers and publishers looking to bring adult games from Japan to do two versions. On Steam, the publisher will release an “censored” version of their game, which will remove the sex content so it fits with Valve’s rules. It then releases the uncensored version through its own channels for people who want the more extreme content.

I’ve played through both versions of Sekai Project’s latest dungeon crawler, Sakura Dungeon. We’ll get to the content at the moment, but I wanted to start by highlighting that, regardless of the version you run with, you’re actually looking at a good, fun, dungeon crawler here.

It starts out with two women. One is a knight that has broken in to a dungeon in order to destroy a particularly nasty monster; the sealed away master of the dungeon. Unfortunately for our aspiring heroine, she’s easily defeated and enslaved by the master, a fox-spirit monster, who then decides to use our knight to retake what was once hers. The unwilling duo can’t do it by themselves though, so in order to build a force ready to conquer the dungeon, they begin enslaving the inhabitants of the dungeon, which for some reason are all beautiful girls with monstorous attitudes and attributes. 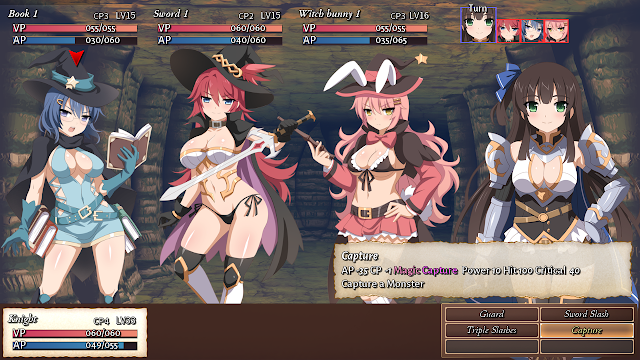 The first monster who will join you is a bunny; a cute and nervous girl, who is weak but adds to the numbers. Not long after that, though, you’ll pick up boars and slimes, and those girls start to add real power to your force. And do it goes on; you’ll pick up a harem of girls, Pokemon-style, and then grind their power up so they can take on greater and greater challenges.

In order to get a girl to submit, much like with Pokemon, you need to weaken her through combat to the point where she’s nearly knocked out, before using a special capture ability on her. This is where the bulk of the adult content comes. A girl’s clothing tears as she takes damage, and causing her to submit completely will cause her to lose it all – the next thing you’ll see is an image of her in a submissive position, completely naked – Brazillians and all.

The Steam version of the game simply leaves some material on each girl – not much, but enough that you’re not seeing nipples and bald nether regions. Some of the images also show the girl is a slightly less embarrassed or submissive state. Otherwise, the content is the same. 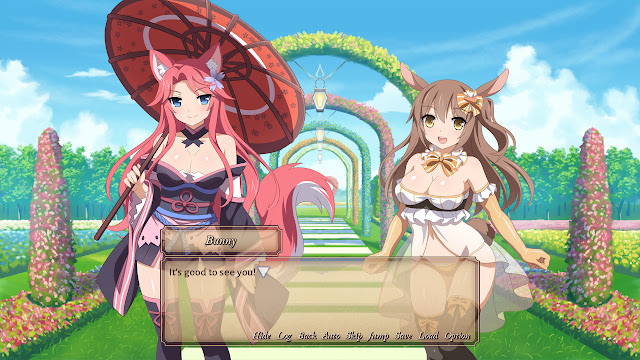 And you know what? I actually prefer the edited version of Sakura Dungeon. It’s not because I’m some kind of conservative prude that doesn’t like fanservice or sexytime, because I am absolutely positive on both. Rather, at least where this game is concerned, the nudity isn’t necessary to the development of the game’s plot or theme, and so therefore I tend to find the “censored” versions more tantalizing and therefore, ironically enough, sexier. Perhaps I’m weird and perhaps it’s just because I have an overactive imagination, but I definitely find Sakura Dungeon more titillating when the girls keep some shreds of clothing on them throughout.

What carries across both versions of the game, however, is just how well drawn these characters are. Obviously as an adult entertainment game the actual character design was central to the its appeal, but the design of each and every character in it is distinctive and detailed. Heading down to a new dungeon level is exciting simply to see what the next monsters to fight are, and that’s surely a sign that the art team hit their brief on this particular game.

Equally obviously, the gameplay is comfortable taking a back seat to the focus on the girls. Very few will go into Sakura Dungeon for the explicit reason that they want to play a dungeon crawler, and those that do might be disappointed if we were to compare this game to some of the modern classics of the genre, such as Demon Gaze, Might & Magic X, Etrian Odyssey or Persona Q. 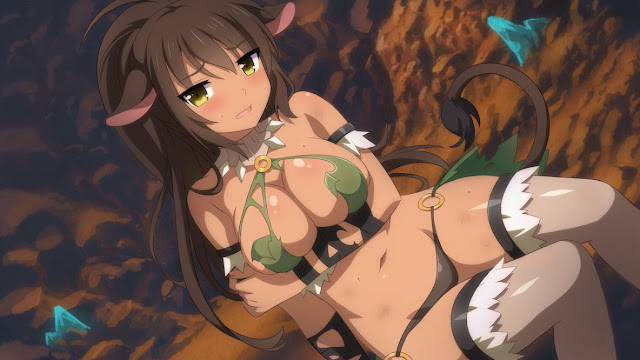 At the same time, to actually play Sakura Dungeon is to enjoy a dungeon crawler of a far higher standard than you might expect if you were going in with the expectation that this is smut. It’s kinda like going into a porn film expecting a good plot to go with it, and yet that’s what this one achieves. The balance of combat is good, with each girl able to learn a range of special abilities to bring to bear, and the combat system also has a strict action points system in place, whereby you need to use these points for all actions, and the amount that your characters earn each turn in battle only covers for the weakest of attacks. To really damage the enemy you’ll need to be more conservative and use the defensive action a lot (as it builds up the points faster).

Another interesting strategic feature is that enemies tend to focus their attacks on characters with low AP, so if a character is low on health, you can take steps to protect them by using them conservatively… or you can go all out and hope to defeat the enemy before they can get that final hit of their own in. With a good balancing curve that doesn’t require too much grinding, the flow of Sakura Dungeon works well together, both in terms of the progress you’ll make through it, and the game’s ability to keep battles highly strategic without becoming frustrating.

The localisation is good too, though perhaps a touch too literal in places. Some of the conversations between characters come off as more juvenile than they would have read in Japan as a result of Sekai Project being uncomfortable with reworking dialogue to meet the intent of the character. That being said, given the target market for this kind of game are the people who tend to erupt over the slightest hint over localisation overreach, it’s hard to hold this decision against the team. 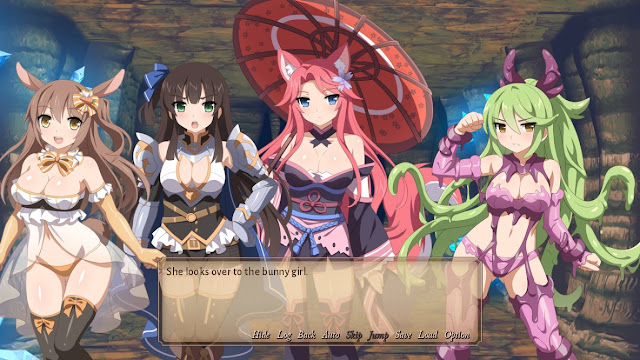 My personal recommendation with Sakura Dungeon is to go with the Steam version. None of the nudity in the original release is necessary to the plot, and given that the intent of the game is to be sexy and fanservice heavy, I simply got more of that when there was the slightest hint of stuff being left to the imagination. That being said, Sekai Project has done the right thing by the genre fans by giving people a choice. Either way, underneath that surface of naked or nearly naked anime girls is a quality dungeon crawler, and one that deserves notice.