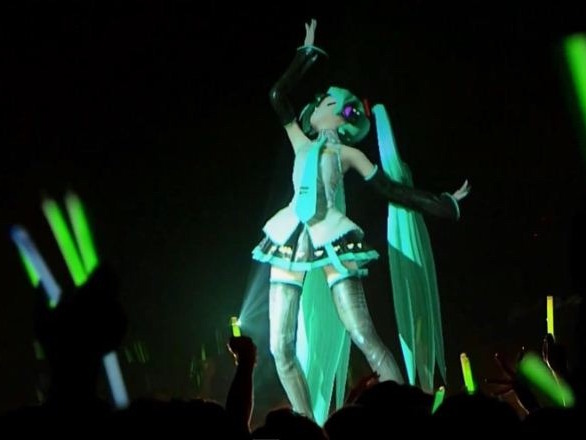 At the moment, VR is all the rage. It’s new technology. It’s promising a lot. The units are selling out, despite their high cost, and people are looking forward to interacting with their games in a new way.

But will the technology prove to be more transitional than transformative? It’s an interesting thought. We already know what will replace VR; Augmented Reality, or AR. At the moment, that particular technology is in a very early state, but already it’s promising far more than what VR can. With AR, we can literally construct a world around us, and fill it with digital artefacts and objects, and then have the real and the digital interact with one another.

The potential of this technology is endless. Unlike VR it won’t make people ill from motion sickness, and you won’t need to shut yourself off from the rest of the world in order to enjoy it. The first generations of the technology will focus on simple, gesture-based interactions, but the potential is there for it to go far further than that. Gloves that stimulate muscle groups in the hands for example, could be used to create a sensation of touch. Coupled with the use of robotics and AI, the idea of creating digital people that look, behave, and even feel like people.

Or, in my dream scenario, the technology is being developed now that would allow Hatsune Miku to exist in my world, and that’s way better than what even Miku VR is promising.

Seriously, though, AR technology is developing rapidly, and it’s not that far away from commercial viability. At the moment the consumer pioneer is Microsoft’s HoloLens, which is looking good, but there’s a lot of other work being done both inside and outside of gaming, and as AR becomes commercially viable, the only competitive advantage that VR might enjoy is a cheaper price – and that will fade quickly enough as the AR solutions hit a price point below what early adopters are willing to spend.

I wrote an article over at Daily Review on this topic, after having a chat with one of the AR pioneers in Australia; Big Ant Studios, which is actively working with AR technology now. You can read the whole article here, but a segment from it:

But VR is increasingly looking like a stepping stone towards something far more impressive — and far less limited. That technology is Augmented Reality, or AR, and it’s not as far away as you might think – it’s threatening to make VR obsolete more quickly than many expected.

“VR is a great interim technology, and we need it as it is teaching us all how to think about new ways to interact with digital media, but it’s not for everyone. Minors cannot safely use VR until their eyes are fully formed, and it cannot be used for extended periods of time as it invokes motion sickness in the vast majority of users,” Ross Symons, CEO of Big Ant, told Daily Review.

“AR leapfrogs many of the VR human interface issues. It does not invoke nausea, and it allows for normal eye focus, so is accessible to all ages. AR also removes the ‘uncanny’ effect that VR has, where you can’t see your own hands. It blends the real and virtual to the point of not being able to know where that line between the two exists.

Australia’s hypocritical, incompetent, Classification Board strikes again, and bans another game from Japan