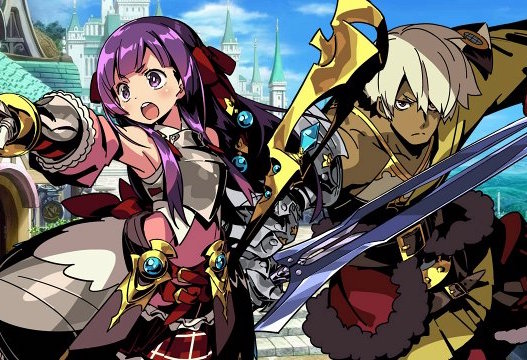 Each of the Etrian Odyssey games have proven themselves to be very fine titles in their own right, but it’s starting to get difficult to shake the feeling that they are also the equivalent of the blockbuster in the dungeon crawler space. The development team seems to be increasingly uncomfortable to really innovate within the main Etrian Odyssey games, and we’re at the point now where that is leaving me yearning for more.

Related reading: A remake of the first Etrian Odyssey is also available on the 3DS. Matt’s full review here.

Case-in-point; the fundamental platform that Etrian Odyssey runs on is wide open for creative ideas, as we saw when Atlus decided to apply it to its Persona franchise and really ran with it in Persona Q, I had more fun than I had in almost any other game before or since. And when the Etrian license itself is used creatively, as we saw with the recent Mystery Dungeon spin-off, I find myself enamoured with the lore and aesthetic all over again. It’s just the main Etrian Odyssey games that I find myself a little burned out on these days, and that’s simply because they tend to play it very, very safe.

That being said, they remain reliable fun, and Etrian Odyssey 2 Untold: The Fafnir Knight, a remake of the second Etrian Odyssey, doesn’t let us down either. Taking advantage of the dual screen nature of the 3DS in a way that no other console bar the Wii U could possibly hope to emulate, Untold 2 marries the series’ trademark mapmaking fun, with breathtaking art and rock-solid, challenging combat, to excellent effect. 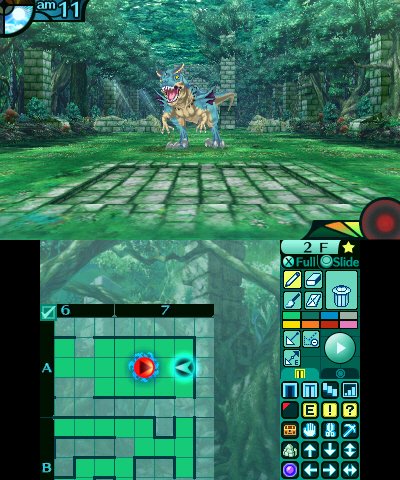 People who have already played Etrian Odyssey 2 won’t have too much to come back for. The key new feature is a story mode that was designed to help people less familiar with the dungeon crawler genre have a familiar context to latch on to. In theory this should also be a reason for veterans to come back for one more run, because the original release didn’t have much of a narrative, but we’re not talking about particularly memorable writing here, so it’s not much of an “upgrade” feature. This is actually quite disappointing, because Etrian Odyssey keeps making these allusions to old Norse mythology throughout the series, invoking words such as “Yggdrasil” (the Norse world tree) and “Fafnir” (a dragon), and then only doing the most token things with it. What Norse mythology is present in these games is inevitably forgotten quickly, beyond a respect for the power of nature and a love of giant, powerful beasts to fell. And that’s a pity because the Norse mythology is one rich with content that goes down perfectly with epic RPG questing.

What we have with Untold 2 is a bunch of adventurers have been brought together to explore an expansive, deadly series of dungeons together. It kicks off with a princess needing to complete a ritual deep inside the labyrinth, and really just moves around from there. It’s all quite stale and predictable for people who have played their fair share of JRPGs in the past… and that’s almost the entire potential demographic for a game such as this. Each of the characters have their own quirks and charms, but it’s very traditional JRPG stuff, and sitting here writing the review just hours after playing the game, I’m actually struggling to even remember their names. And that’s a real pity, because as Persona Q showed us, the team is capable of truly memorable narrative.

If you play Untold 2 with the narrative, then you are also locked in to character classes, as has been determined by the developers as the most appropriate mix to tackle the dungeons with. This is handy for series newcomers, as it removes a huge barrier to entry – having to figure out from an awful lot of choices what will actually get you through the challenging game without having prior experience with it. You can also opt to play through the game in its original, almost narrative-free DS format; doing away with the distinctive characters to instead build your own party of blank-slate heroes. I suspect other Etrian Odyssey fans will quickly default to this mode after indulging their curiosity with the story mode once, because it really is the superior way to play – especially once you reach a certain level of comfort with the game and start experimenting with strange combinations of heroes. 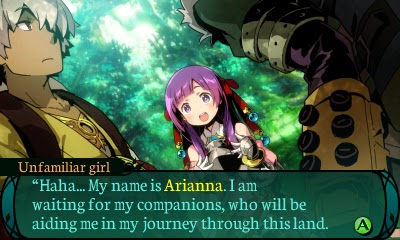 The game itself remains a rock-solid dungeon crawler, of course. Etrian Odyssey games are known for a couple of key things; firstly, they have intricate level designs, filled with traps, geographic puzzles, and punishing enemies. Secondly, you have to draw the map as you go along, because otherwise you will get hopelessly lost. Luckily, the game supplies some grid paper and drawing tools on the bottom half of the screen to help you do just that; so accurately simulating what we all used to do with physical grid paper as we played the old Wizardry games that it’s impossible not to feel a rush of nostalgia running up the spine as you delve into each new dungeon level.

It is this mapping feature alone that has been the Etrian Odyssey series’ driving gimmick from the very start, and it’s an powerful one that might sound more like work than play to some, but for classic ‘crawler fans, there is something deeply reflective, even meditative, about slowly pacing through a dungeon, mapping it one “square” – or step – at a time.

Etrian Odyssey games play out far more slowly than other modern JRPG dungeon crawlers, and that’s because you constantly need to physically stop moving your party about the world in order to fill in walls, traps, floors, and areas of note in your expanding map. In a somewhat ironic sense, progress through the typical Etrian Odyssey game also feels more substantial and meaningful because it is so methodical and controlled. You might only get a couple of steps deeper into a dungeon each time you set out to explore it, and that might take you a solid hour or so to achieve, but because you’ve made a physical note of those steps on the map, and you can sit back and view actual progress in progress, rather than being told you’re an abstracted “XXXX%” through the game in the statistics, there’s something more meaningful to progress in this game. 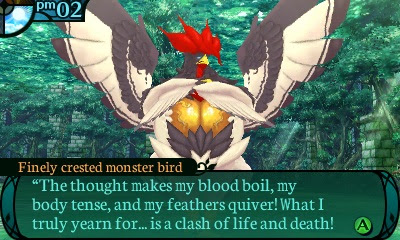 There will be times progress does feel like it is stagnating though, because Untold 2 does know how to be difficult, and indeed that’s the way it’s meant to be played. I don’t recommend playing this on anything more than the most difficult setting, because it’s not until the monsters are truly brutal that the party’s own carefully developed skills come into their own. Where on the lower difficulty settings it can be tempting to simply spam out each character’s most powerful attacks until the enemy is defeated, on the higher difficulty settings, the intricate way that character skills work together really comes into its own as a combat system. Support skills and abilities that debuff enemies are both critically important – and not just for the bosses! – and while the system doesn’t break too far away from what we’ve seen in other JRPGs in the past, the balance between skills makes for one of the more refined designs that we’ve seen. Every character feels worthwhile and adds something meaningful to the mix in this game, and because there’s a lot of control over how you develop each character, there’s a rewarding character development process working through the background.

It also helps that the game has such an absorbing aesthetic. Etrian Odyssey games have always focused on providing environments that could only be called serene, and while this might sound odd for a game that is so focused on combat, exploring and mapping the tranquil environments is almost enough to put a person in a meditative frame of mind. The soundtrack supports in kind; it’s not the kind of music that you would necessarily listen to outside of the game, but this is not a game you want to play with your own music, because it really does complement the lush, detailed artwork.

Mind you, as core as the art is to the Etrian Odyssey experience, I’m finding it increasingly difficult to resolve just how vanilla it is. It’s vanilla taken as far as vanilla can be, and it is certainly beautiful, but the aesthetics of this series lacks a unique quality that I have really come to want from this genre. Say what you want about Dungeon Travellers 2, and it might well put you off with the extreme ecchi elements, but at least it’s an experience all of its own. The enemy designs of Dungeon Travellers 2 and Demon Gaze, and the surrealist environments of Persona Q are unforgettable when compared to Etrian Odyssey’s more naturalistic creatures and lush environments, which are again beautiful, but hardly memorable. 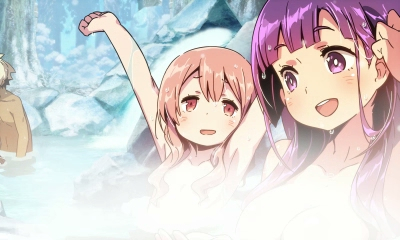 And that goes back to my original point; Etrian Odyssey is the 100 foot gorilla of the dungeon crawler genre, and as you’re playing you can actually see how hard the developers are struggling to find ways to innovate while not breaking down what existing fans love about the game. In a very odd way, the game deserves a comparison to Call of Duty for that reason. And, just as Call of Duty is reliable fun for fans of the genre, but few would say it’s the best or most interesting example of it, so too is Etrian Odyssey reliably entertaining. You know what you’re getting from it, but by the end of it, if you play enough games in this genre, you will probably be itching to play something a little more creative.

Grab this game on Play-Asia here: 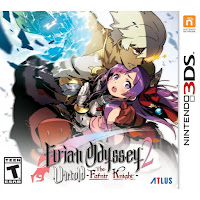