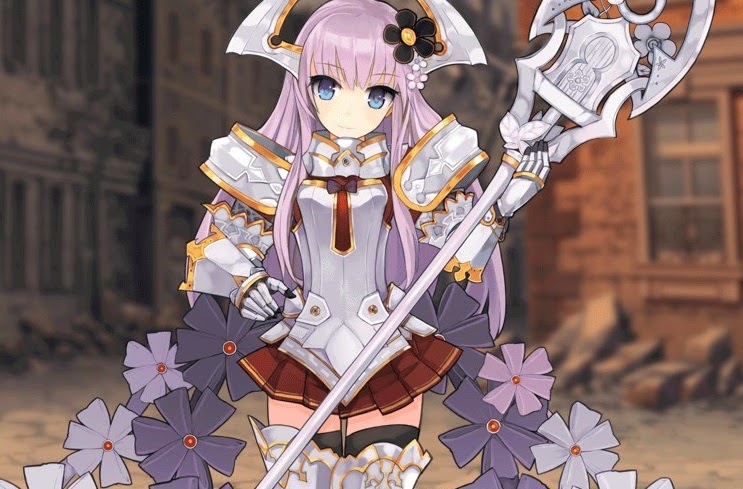 Largely untouched by Christian tradition, Japan has a different understanding of demons and other spiritual monsters. Where in Christianity demons are unequivocally evil and beyond redemption; they are the embodiment of faith turned sour, in Japan the closest thing to a demon is an Oni – an impossibly strong spirit-monster. Not evil in the same sense that Christian demons are, the Oni were feared because they possess the power to bow the strongest warriors in what was once a very martial culture.

Oni were also cruel tricksters, and were once considered to be responsible for natural disasters (which regularly affect Japan and the Japanese), pestilence, and famine. They did this not out of some pathological hatred of humanity, like the Christian demons did, but rather a complete lack of empathy and a monstrouous rage.

The demon, in the eyes of Japanese culture and understanding, is closer to the Jinn of classical Arabia or the Rakshasa of Indian mythology. Their understanding of the demon is that it’s a malicious monster rather than the personification of evil. Which brings us to Demon Gaze. The title and theme of the game – where players fight demons, and upon defeating them, then control them and can summon them in battle – can seem, thematically, to be strange to a western audience, because it’s simply not a game that fits out culture’s idea of what is meant by the word “demon.” This isn’t a dark game like we seen in Shin Megami Tensei or Persona, which also deal with demons as a central theme and are generally more relatable to the western mindset. This is a bright and bubbly dungeon crawler that nonchantly throws in demons as though they’re Pokemon. It seems strange, but in the context of the Japanese understanding of demons, it’s not so strange at all. 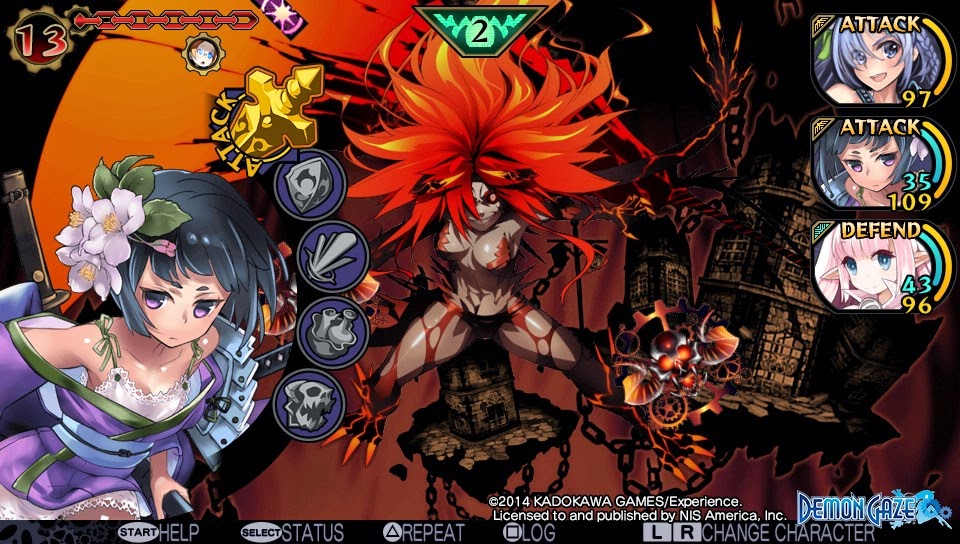 Demon Gaze is built from ground up for the Japanese market, and while NISA has done a typically stellar job with the localisation, the narrative is never going to be more that a plot that the otaku niche will find appealing. This is a game where every female character is in various stages of undress. For an early example so I don’t ruin too many of the plot twists that the game throws in, one woman strips down to nearly nothing and demands the (male) lead character touch her so she can prove she’s a woman. The developers were clearly anticipating a harem-style structure to the story; while it’s possible to select a female character profile image for the lead character, the characters in the game will refer to that “main” character as a “he” (and at the very start of the game a tutorial makes it clear that the lead character is expected to be male). However, there’s no reason not to choose female characters to fill out the rest of the party of heroes, the majority of the demons that the players are near-naked women and nearly all the NPCs of consequence are also female.

The fact that at every turn the narrative is comedic tells me that Demon Gaze has a point to all this, and I think it has to do with the fact that the lead character is, as far as the narrative is concerned, a male, and his special power has to do with a special sight he possesses. Yes; Demon Gaze is a giant parody on the theme of the male gaze, and while it’s never very heavy handed, it is very clear in pointing out just how ridiculous the male gaze can be in games. Sadly, as far as post-modernist narrative deconstruction goes, Demon Gaze isn’t the most articulate example of fine or insightful writing, but it does its job in setting up in a somewhat surrealist Wizardry-style dungeon crawler with something that at least contextualises the “otaku-ness” of everything going on. Actually, it’s quite impressive that the developers went through the effort in coming up with a unique narrative for the game at all; typically with this genre narrative isn’t top of mind, with the majority of the effort going into providing interesting dungeon layouts to explore and a stiff challenge to overcome. 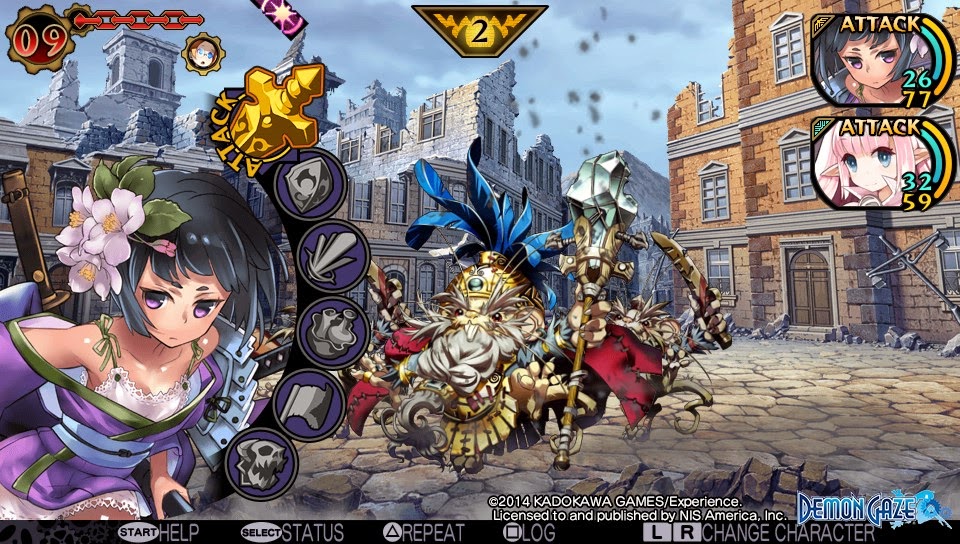 Demon Gaze absolutely nails that side of the experience as well. Most superficially, this is the most beautiful dungeon crawler you’ll ever play. The Etrian Odyssey franchise is typically the one people call to mind when asked to think about “beautiful first person dungeon crawlers”, but this game takes it up another peg entirely. Environments drip with atmosphere and fine detail. Monsters are, each and all, supremely detailed sprites, and while they might not be animated much, every new monster encounter is a feast for the eyes.

The environments and the progression of the gameplay itself is static; players take turns moving over a grid to explore the world, and combat plays out in a traditional turn-based fashion. In the absence of dynamic action, a game like Demon Gaze (or Etrian Odyssey) needs beautiful art in order to maintain the player’s interest, especially considering the game on anything but its lowest difficulty level can become quite difficult and a grind. When you’ve sent the heroes into a dungeon for the 20th time to level them up to the point where they can take down the next boss, those gorgeous environments and monsters certainly help stave of any impression of monotony. 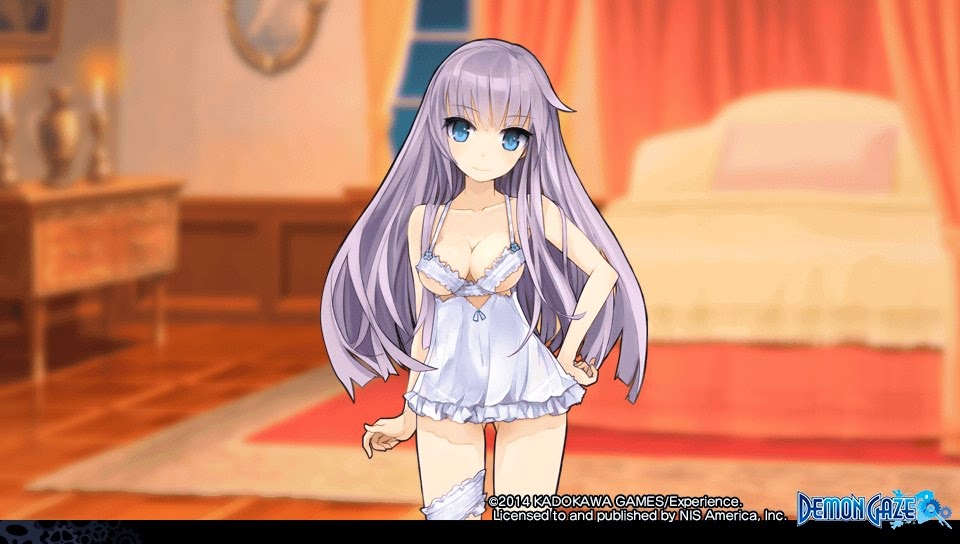 The dungeons of Demon Gaze are a little less complex in terms of the puzzling than a game like Etrian Odyssey, but there is enough in there designed to keep you awake and aware in between battles. Handily, random encounters aren’t especially regular. Instead, players can approach specific points of interest in each map and use “gems” to summon a horde of enemies to fight for experience and loot. There are lot of different gems; “Sword” gems, for instance, will yield new swords upon the enemy horde’s defeat. “Undies” gems (yes, underwear is an armour type) will yield new skimpies to take into battle. The best loot can only be earned from this system, and it quickly becomes evident that using those gems at every opportunity are an adventurer’s best friend.

There’s a nice variety of character classes to play between, and mixing up an ideal party of heroes is a nice strategic challenge. With that said there’s only a limited ability to customise each individual character, and aside from picking the right weapons and items to tackle each boss’ elemental weaknesses, the levelling up and development of the characters happens largely on auto-pilot, which is a bit old fashioned for the genre now. The biggest challenge comes from the demons themselves, with each demon lending a different passive and combat boost to the party, but it’s only possible to work with limited number of them at a time. Do you take into battle the one that will grant faster experience? Or do you use the one that can find secret doors to greater loot on the map? These are the decisions that need to be grappled with when working with demons. 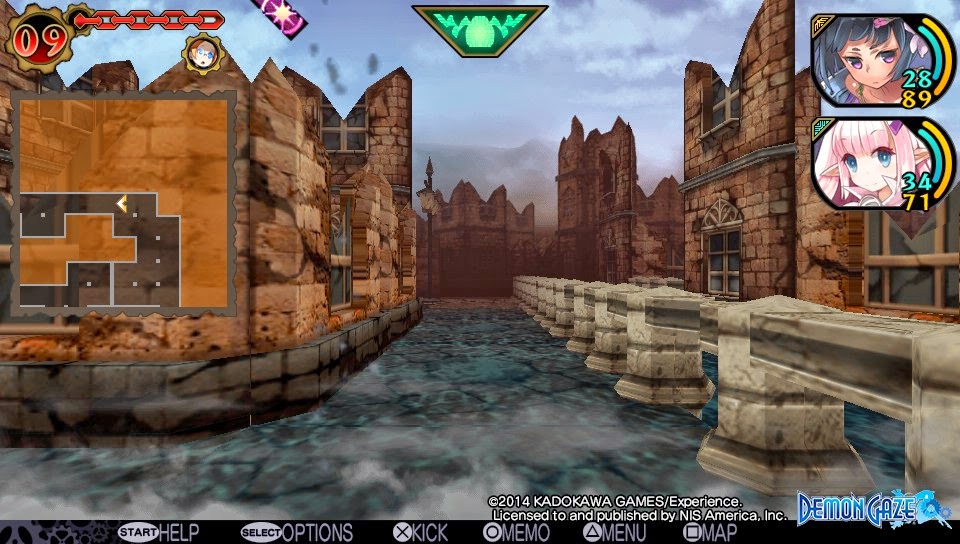 The developers have worked hard to come up with a system that reflects the unpredictability of demons while still ensuring they’re a critical part of the team. Demons have a limited time with which they can be used, with a chain at the top of the screen and a number slowly ticking down as they’re used in battle. If that gauge hits zero, the demon will go beserk and attack the party. It’s also impossible to control what the demon does in battle, so, while they are very powerful allies, they will waste turns healing characters that are already at full health, and this unpredictability needs to be accounted for in a combat strategy with an especially tough enemy.

My only other real criticism is that the game is terrible at proving players with information on how to play. Wandering into the statistics page of a character must be a nightmare for someone new to JRPGs. I’ve been around the genre enough that I have an approximate idea of what a boost to the “STR” or “MYS” statistics will mean for my characters, and I can work through the masses of numbers and unexplained icons in the equipment section of the menu and make sense of it all. Sadly, someone less experienced in the genre will be confused and frustrated by the constant need to pull up the digital instruction manual and “help” section of the menu for their first couple of hours of play just to understand the effect that a piece of equipment will have on their heroes.

Then again, Demon Gaze wasn’t made for people who are new to the JRPG genre. This is a game made with loving fan service and an eye for details that only genre veterans will really appreciate. For everyone else it’s going to be a pretty, but slow-paced and obscure RPG with an odd sense of humour. Which is a pity, because under that surface it’s a pretty, intelligent, and engaging dungeon crawler.

Fatal Frame (or Project Zero, depending on your region) Wii U bound!