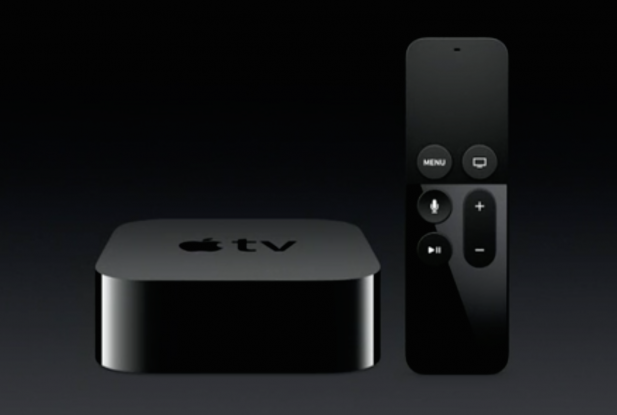 For years Apple has been insisting that its Apple TV product line has been a “hobby”; something that was of personal interest to Steve Jobs, but never an important product category expected to sell millions in its own right. But this year’s iteration is a very different story.

I’ve always been on board with Apple’s little hobby. As a guy with a sizable collection of iTunes content that I have accumulated over the years (movies, TVs, music, apps… all the good stuff), having a cheap little box sitting under the TV that could stream it all without requiring me to fiddle around with settings made the previous models of Apple TV some of my most used devices. I tested my download caps from time to time in binge streaming HD movies, but it has been a useful way for me to virtualise my movie collection. Since my first Apple TV, I can’t remember actually buying a DVD or Blu-Ray.

But the latest model of Apple TV shows that the electronics giant no longer considers the device to be a hobby. The Apple TV is something much more serious, and it has the potential to be very disruptive. Because now it’s not just streaming box. Now it’s also a game console and turns your TV into a giant iPad.

There are two models – a 32GB and 64GB model. Naturally the 64GB model will set you back more, though I do recommend it, as anyone who has iPhones and iPads know they do tend to run out of memory quickly. Out of the box, the Apple TV follows the same minimalist aesthetics of its predecessor. Notably, however, it’s also about twice as thick (and heavy) as previous models, so it’s going to stand out a little more on the shelf under or to the side of the TV. 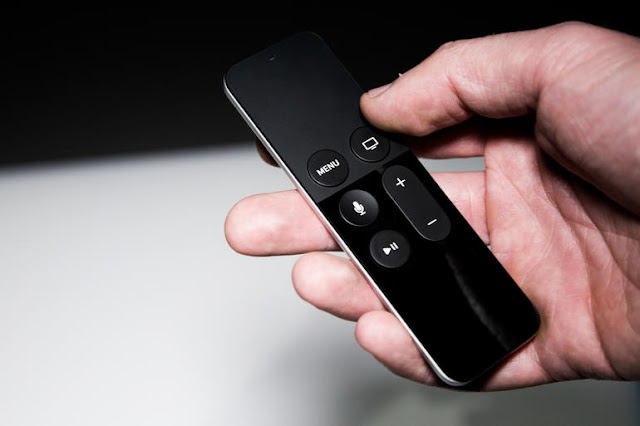 As with previous Apple TVs, the sole way to connect to your TV is via a HDMI cord (not included). What is included in the box, however, is a remote, and this year’s remote is a major departure from what has come before. The top third of the remote is a small touch pad, which you use to navigate through menus and within apps (and games, which we’ll get on to in a second). The remote also has six buttons that control exiting out of menus, volume and pause functions, and Siri. The most interesting of those features is Siri, which you activate by talking to the remote, but as I can’t stand talking to my electronics, it’s not something I’ll ever test out. People who do make use of Siri will find that this virtual assistant can help you search for content and other such things when you’re struggling to find it by yourself.

Now that there is a hard drive, the new Apple TV has an App store, and really, it’s the App store that makes this device something to get excited over. Where the previous Apple TVs would simply stream things from pre-loaded apps that only Apple itself could update (via firmware updates), with the Apple TV, it’s now possible to duck into the App store and download the stuff that you’re interested in. A lot of that will be entertainment and television channels (be that sports, Netflix, Crunchyroll or more exotic stuff like NHK World). That’s what the previous Apple TVs were good at, and that’s where the most compelling apps can be found at the moment. But with this new model you’ll also be downloading apps that allow you to set up your TV for karaoke at a party. You’ll be downloading photo apps to turn your TV into the ultimate in slideshows. You’ll be downloading exercise and cooking apps, and weather apps. And you’ll be grabbing plenty of games. Thanks to these apps there is already a far wider range of things to enjoy than anything the previous Apple TV models offered…

… And far more than you will find in your game consoles. With the gaming apps, the Apple TV is a console in its own right, and while the games won’t compare to the best that the gaming consoles offer, given the quality of games that are available on iPad and iPhone, it nevertheless has the potential to be a very good game console that will be very well supported by a lot of good software, and far exceed the existing game consoles when it comes to doing anything that isn’t a game. 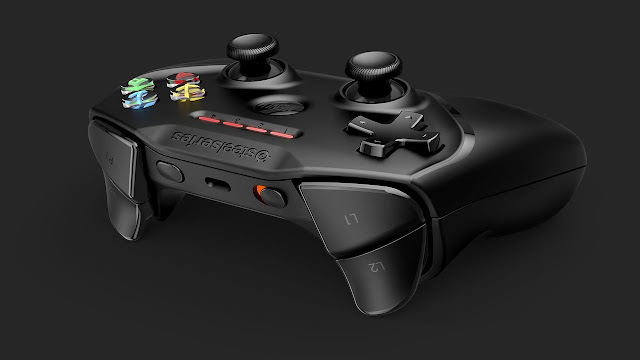 The biggest mistake that Apple made with this new Apple TV product is in not packing a game controller in. Subtly, the company really wants you to buy the SteelSeries Nimbus, going to great lengths to promote it as part of the experience. But without packing it in to the device, developers can’t be certain that the user on the other end has one. Instead, all games developed for the Apple TV need to make use of that remote, which is not a great device for gaming, being quite limited in utility and, as good as the touch pad is for navigating menus, it’s too constrained and sensitive for games that require precision, such as something like Geometry Wars 3.

This will constrain the kind of games we see released on the Apple TV to an extent; I can’t see a FPS title landing on the Apple TV, for example, because I can’t see any way to make that happen on the remote. Regardless, anyone serious about games will pick up the Nimbus, because most of the developers that are figuring out a way to make the default controls “work” are also including the option to play with a controller.

Apple has technology – MFi – that allows third parties to easily build compatible game controllers, which then “talk” to the Apple devices as well as a wireless controller hooks up with a PlayStation or Xbox console. And the Nimbus is the best MFi controller I have ever experienced. With a good, weighty build quality, the Nimbus feels sturdy in the hands, and both buttons and control sticks are perfectly balanced between resistance and ease of press. This is a controller that won’t break down easily, and the layout is ergonomic, to allow players to reach all buttons without straining their hance. Once I had it paired up with the Apple TV, not once did I encounter any technical glitches or drop outs. The control sticks were perhaps a little longer than I was comfortable with on a personal level, but that was more a period of adjustment over the relatively flat control sticks we see on most other consoles. Other than that I enjoy using the Nimbus more than any other controller, other than Sony’s DualShock 4 (which remains the best controller of all time, in my opinion).

I tested the controller with a wide range of the games already available on the Apple TV, including Ashphalt 6 (which, aside from being a Gameloft game and therefore more about free-to-play style than substance, is actually a lot of fun), Geometry Wars 3 (which I loved on the PlayStation 4 and saw no chance in experience here), and Oceanhorn, which is the best Zelda clone you’ve ever played. The range of games is a little limited at this stage, but in each case it has been the definitive experience when paired up with the Nimbus. And in some cases the upgrade is really noticeable. Crossy Road, for example, has acquired a two-player mode, which instantly became a very real addiction for my wife and I. 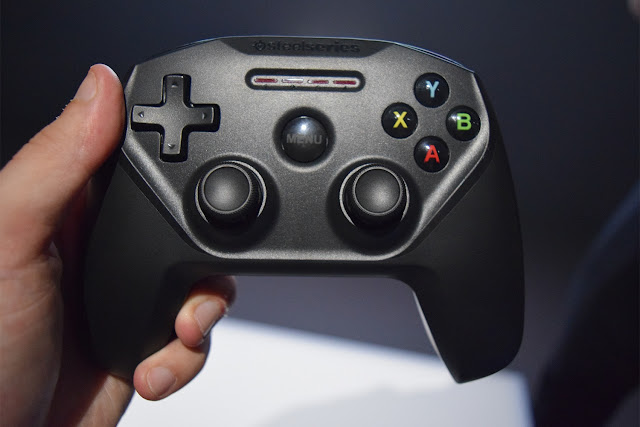 Related reading: For another quality SteelSeries controller for your iOS devices, consider the tiny (but quality) SteelSeries Stratus.

So, between the Apple TV and the SteelSeries Nimbus, I effectively have a new secondary console. It’s not going to replace my PlayStation 4 as my primary TV gaming device, of course, but as I flick through my iPad gaming library, I realise that the Apple TV is, as its library builds up, going to be a very fine secondary console indeed. Sitting next to other secondary consoles, like the Wii U and PlayStation 3, the Apple TV is another very fine gaming option, and one that I suspect the major players will take far more seriously than they do the other microconsoles. Especially when the gaming features are secondary to its role as a multimedia box under the TV.

Are you interested in the potential of the new Apple TV for gaming?