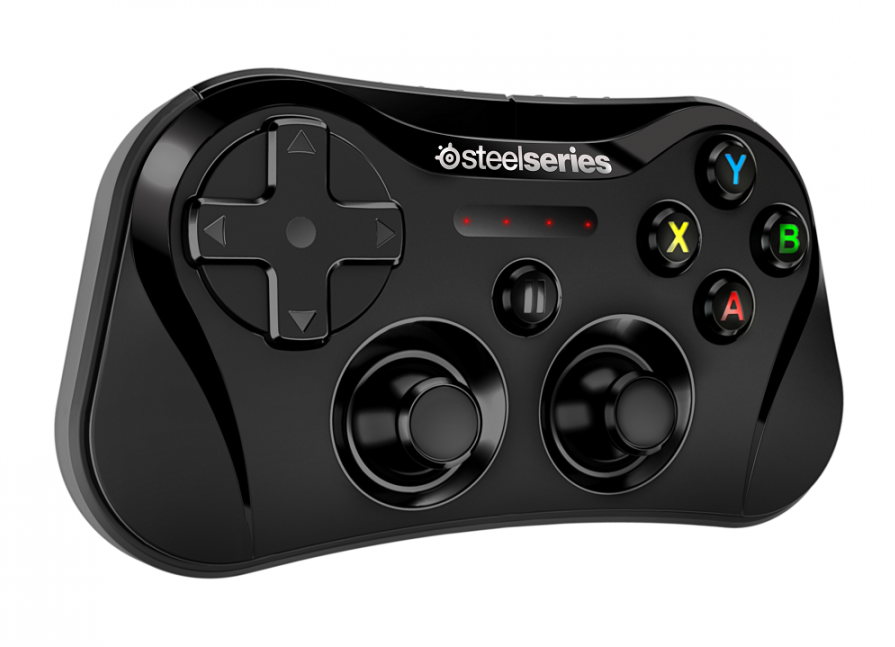 The SteelSeries Stratus is an exciting bit of hardware. Taking advantage of Apple’s new native support for wireless controllers, this little controller gives your iOS games buttons… and then lets you play them on your TV at home courtesy of your Apple TV.

This device only works for 4th generation iPads or better, retina iPad Minis or iPhone 5s, which does leave out a lot of iOS gamers, but if you have one of those devices then you’re in for a very good time indeed with the Stratus.

For all intents and purposes the Stratus turns your iThing into a 1080p HD home console as well as something you can take on the go. It’s still not perfect when you play games on TV as there is some small lag when playing games over AirPlay, but it works and for any but the fastest action games the experience is still very playable. And then for playing away from the TV you’ll be able to play your iThing games on your iThing with buttons perfectly with this controller – there’s no lag there whatsoever.

When you consider that the thing that hardware manufactures have struggled with when bringing controllers to iOS gaming, it has been in getting the software support. So the fact that there are numerous big games and big-name developers supporting the Stratus is an ominous sign for more traditional gaming. GTA: San Andreas. Bastion. Limbo. Tomb Raider. Ravensword. Sonic & All-Stars Racing Transformed. Regardless of your taste in games, the SteelSeries Stratus will support something of serious quality for you to play already, and that list is surely going to grow in the weeks to come (for a decent list of supported games so far, click here). 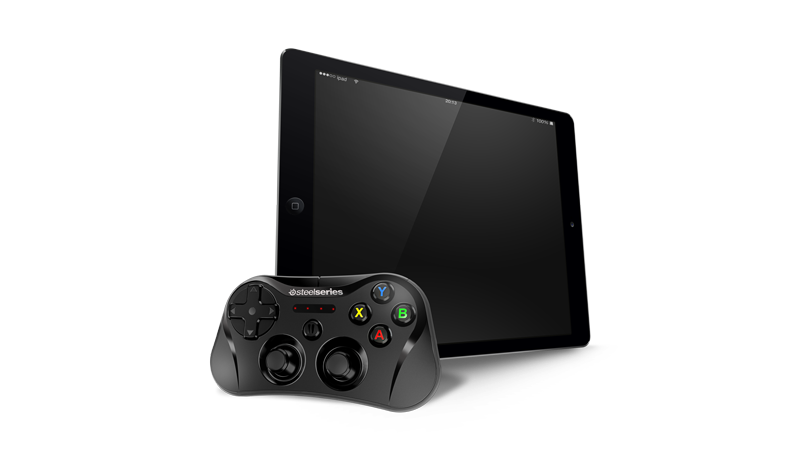 In fact, I’d suggest that this controller has a real chance to take off based on the software that already supports it, and if it does, it’s going to quickly become an essential purchase for anyone who enjoys games and wants to turn their iPad into a serious gaming machine. It’ll be an example of a virtuous cycle; the more software support for the controller, the more sales, which will result in more developers supporting the controller.

As for the controller itself, the most immediately noticeable thing is that it is tiny. Tiny enough that if I was to play for a couple of hours straight my hands will probably cramp up, but also tiny enough to slip into my bag to carry around with my iPad. SteelSeries has included a helpful face plate to protect the controller from bumps as you do carry it around, so clearly portability was a key concern in the development of this controller.

The build quality is a little light for my taste. The Stratus is an expensive controller at around $130, so I didn’t expect it the plastic to feel as light as it does. The resistance from the analogue sticks is also a little too stiff and the tops of those sticks are a little too slippery for full comfort – I found my fingers sliding around a little too much for the really action-packed games. With that said the D-pad and the face buttons feel great, and the shoulder buttons are laid out perfectly.

The device also offers exceptional battery life. In fact, its battery lasted longer than my iPad’s in testing, and really, it’s impossible to ask for more than that.

So while it’s not a perfect controller, it is very good indeed. With the support of some of the must-have iOS games, anyone who does play a lot of games on their iPads and iPhones should consider this an essential accessory, and as the game support grows, so too will this device’s value.

Europeans and Aussies won’t get to play Rune Factory 4