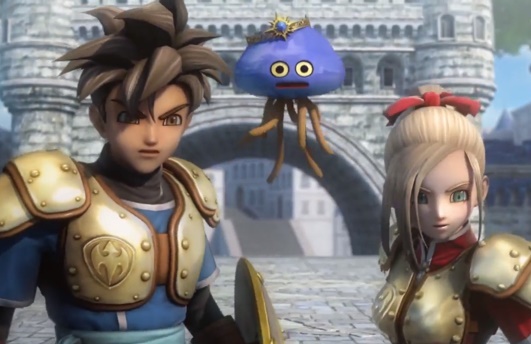 At this year’s SMASH! event Namco Bandai, the local publisher of Square Enix games, was showing off some of its upcoming games. Chief among them (at least as far as I am concerned) was Dragon Quest Heroes.

This is a game that has intrigued me ever since it was announced a year or so ago. In the screenshots and early footage, it looked like it was a Warriors licensed title, in the same way that Hyrule Warriors on the Nintendo Wii U was. But what had me so interested was the developer’s absolute (and repeated) insistence that the game was not, in fact, a Warriors game, but rather an action RPG.

And so when I sat down to play the demo (one level and then one boss fight), I was most interested to see just how this was not a Warriors game. Against my expectations, it really does look like it will deliver on its promise to be something distinct from a Warriors game. 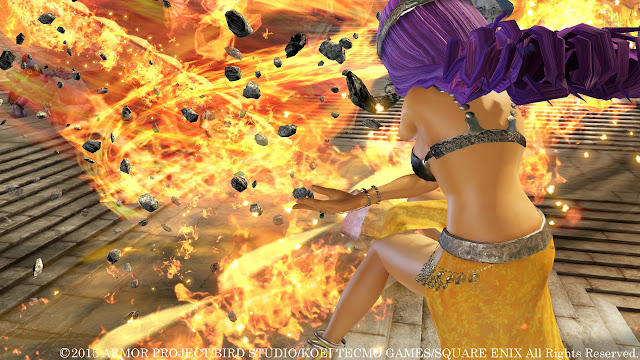 In the demo level I was tasked with clearing out a field of monsters on my way to a boss. As a Dragon Quest fan this level was nothing short of a fan’s dream, with the field being filled with classic Dragon Quest monsters such as Slimes, Drackys and Hammerhoods. Enemy numbers where not as frequent as in the Warriors games, and they didn’t periodically respawn to continue harassing my team. As I was clearing out the field I was removing enemies permanently, and this provided an immediate sense of progression, much like working through a dungeon in an RPG.

The combat system is also fundamentally different to how it works in Warriors games. Where those Warriors games demand players slowly build up a super power move bar before unleashing a special attack, in Dragon Quest Heroes players instead have a MP bar, like a traditional JRPG, and special attacks drain power from this bar. It combines the speed and the visceral sensation of taking down hordes of enemies at a time that you get from the Warriors games with the careful resource management that you find in JRPGs, and it’s an appealing mix.

You’ll take four different characters into each battle, which you can swap between at will. Each of these characters have a different set of attacks, and while I didn’t really get a sense of just how different these characters would be to play over the longer term, across the two levels I did get to demo there was enough visual variety between these special attacks to keep me switching between heroes. 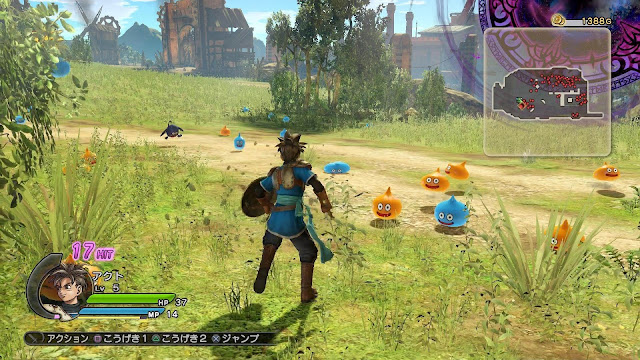 The boss battle threw in some interesting quirks. A giant, lumbering colossus needed to be taken down, and I could only do so by shooting it in the eye with a cannon, then moving to the next cannon while avoiding other enemies. This battle was nice and challenging, and while it’s nothing we haven’t seen in some form from Warriors games in the past (Warriors Orochi 3, for instance), it gave me a good sense that I’m going to enjoy the boss battles of Dragon Quest Heroes.

Related reading: An interview with the producer of the game.

The demo was incredibly short, being designed for a convention event as it was, but as a way to whet my appetite for the game’s full release later this year, I was immediately sold. Part Warriors, part action RPG, Dragon Quest Heroes is shaping up to be a game with its own identity entirely, and while the Dragon Quest spin-off games tend to be hit-or-miss, I do think this one is going to be a resounding hit indeed.

The cosplay of SMASH! Gallery #2

The cosplay of SMASH! Competition gallery #1