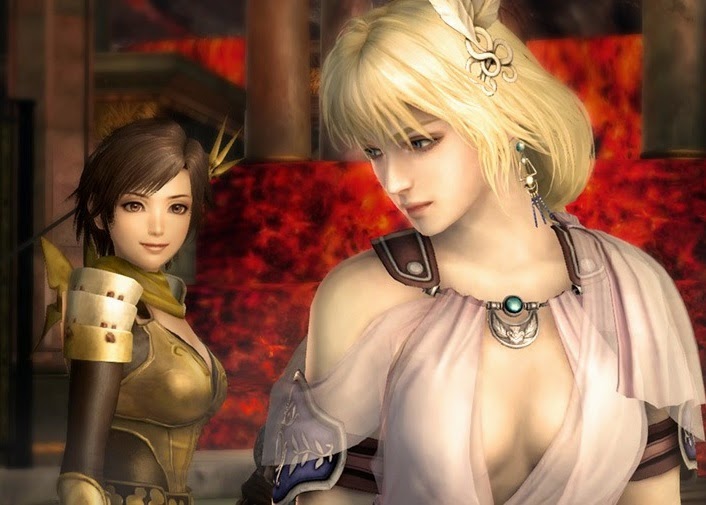 You wouldn’t think that I’d find myself getting hooked on yet another version of Warriors Orochi 3. After playing the PlayStation 3 original release to death, and again spending an unhealthy amount of time in the Nintendo Wii U port, I found myself with a copy of the “HD” version of in Warriors Orochi 3 Ultimate on the PlayStation 4. And you know what? I’m hooked all over again. That’s how good this game is.

Beneath what is looking like an increasingly rickety engine remains a dynamic and pure entertainment Warriors game. Across literally dozens of stages, players form a group of fighters from a range of Koei Tecmo’s popular franchises (there are 145 playable characters now), and beat up on other fighters. There’s a narrative that barely explains everything that’s going on (there’s a giant hydra-demon terrorising the world so heroes across time and space team up and jump around through time and space to fight it), but the main thing you’ll need to know is that there are some big battlefields with thousands of soldiers that need your attention. And by “attention,” I mean “a sword through the gut.” 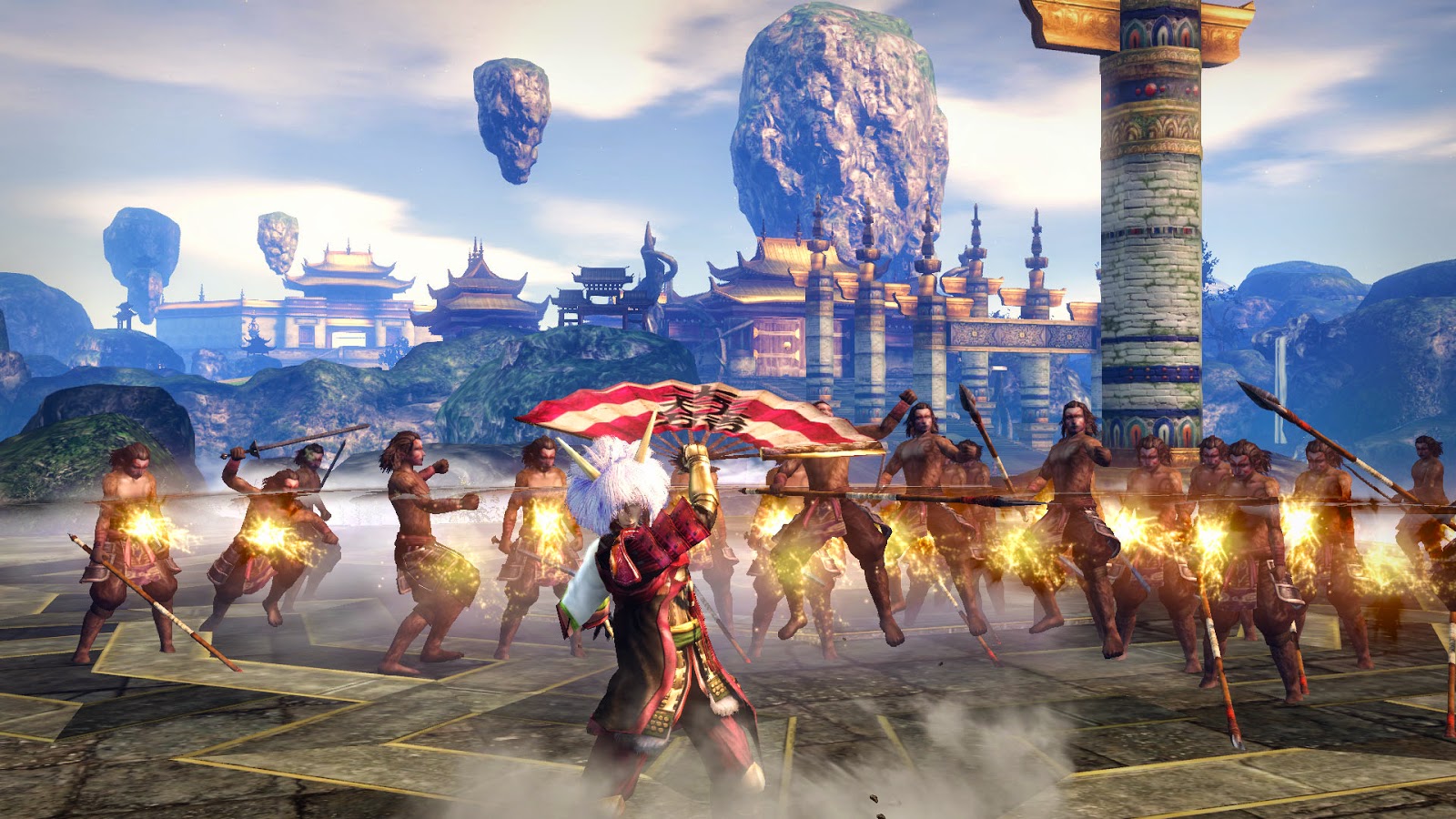 The Ultimate version of Warriors Orochi adds a few new characters – Sterk from the Arland Atelier games puts in a showing (sadly, Rorona, Meruru and Totori do not and I am disappointed by this in the extreme), Kasumi from Dead or Alive joins existing cross-over cast members Ryu and Ayane (there really does need to be a dedicated Dead or Alive Warriors game), and Sophitia from Bandai Namco’s Soulcalibur (!) franchise are the three that will stand out to people who aren’t long-term fans of the Warriors franchises or Japanese and Chinesse folklore. There’s also additional story arcs with additional characters to follow which will mean something to the aforementioned history and mythology buffs, such as Hundun, Tamamo and Yinglong.

What’s most impressive is that all of these characters do feel different in action, and each player will have a favoured team of three to take into combat. Personally I found myself drawn back to the combination of Joan of Arc (from Bladestorm) with the awesome reach of her spear, Kunoichi (Samurai Warriors) for her agility, and Seimei no Abe (from Japanese history and previous Warriors Orochi games) because he has a white fox that sits on his shoulder in battle and that’s just plain cool. But there’s no one “right” team of fighters, and the game encourages players to test them all out.

These characters, all 145 of them, form the core appeal to the Warriors Orochi. A little like Smash Bros. for Nintendo, Warriors Orochi 3 brings together characters from Bladestorm, Samurai Warriors, Dynasty Warriors, Atelier, Dead or Alive, Trinity: Souls of Zill O’ll, Warriors: Legends of Troy, and a couple of unique individuals, and throws them into an almighty brawl. For fans of the various franchises it’s like an ultimate fan service, and for the Koei Tecmo developers, it allowed them to create fantastic environments and battles free of the need to follow historical context. You’ll be constantly unlocking new stuff as you play, and fact that the unlocks can be so sustained for such a long time through the lengthy adventure is a truly impressive feat. Seeing everything that Warriors Orochi 3 Ultimate has to offer is going to chew up a lot of your time, to say the least. 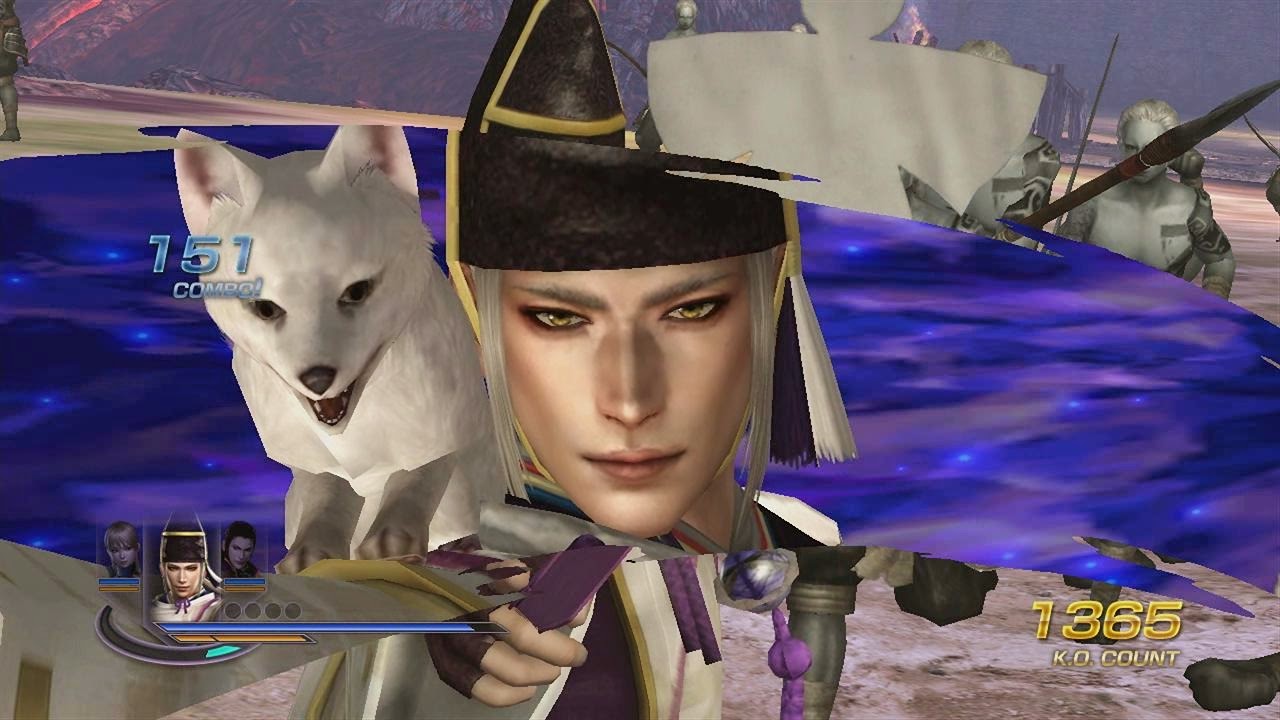 If you’ve ever played a Warriors game before you’ll have a basic idea on how they work (run around battlefields fulfilling objectives while dicing up hundreds of enemies at a time). For veterans of Warriors Orochi 3 Ultimate specifically, there are a couple of new combat features that have been built into the gameplay as well. In previous versions of the game you’d be selecting three heroes to take into battle, and swap between them in the heat of battle in order to make special attacks and give injured heroes a chance to recover. Now it’s also possible to summon both “at rest” heroes to directly help out on the battlefield. These will be AI-controlled, but will stay close to the player, and it’s possible to then activate a massive super attack that wipes out a good portion of the battlefield.

Koei Tecmo also caught a spot of the Nippon Ichi Disgaea-style levelling up bug, and it’s now possible to level a character up to 100, and then “reset” the character. Doing this takes them back to level 1, but they’re a powered up level 1. By the time you get them to level 100 again they’re significantly more powerful than the first time. Then you reset them again, and again. Unlike the Disgaea games there’s never really a point to doing this, as you’ll be able to comfortably tackle the most difficult of levels on the most difficult of settings well before you maximise out the character’s sets, but there’s a certain methodical nature to the grinding that makes it an oddly addictive process.

Outside of the story mode there’s the usual bevvy of bonus modes that Koei like to throw into Warriors games. There’s the level create mode, as well as the Duel mode that was introduced in the Wii U version of the game where players get to participate in strategic one-on-one battles. In addition to taking your pick of warriors into the battle, you’ll also get to select “skill” cards which can be activated to have a variety of effects, such as improving your hero’s attack power or hindering the opponent. The more powerful the card the less frequently it can be activated, so finding the right mix of powers and making good use of them makes for a nice diversion of the main game. 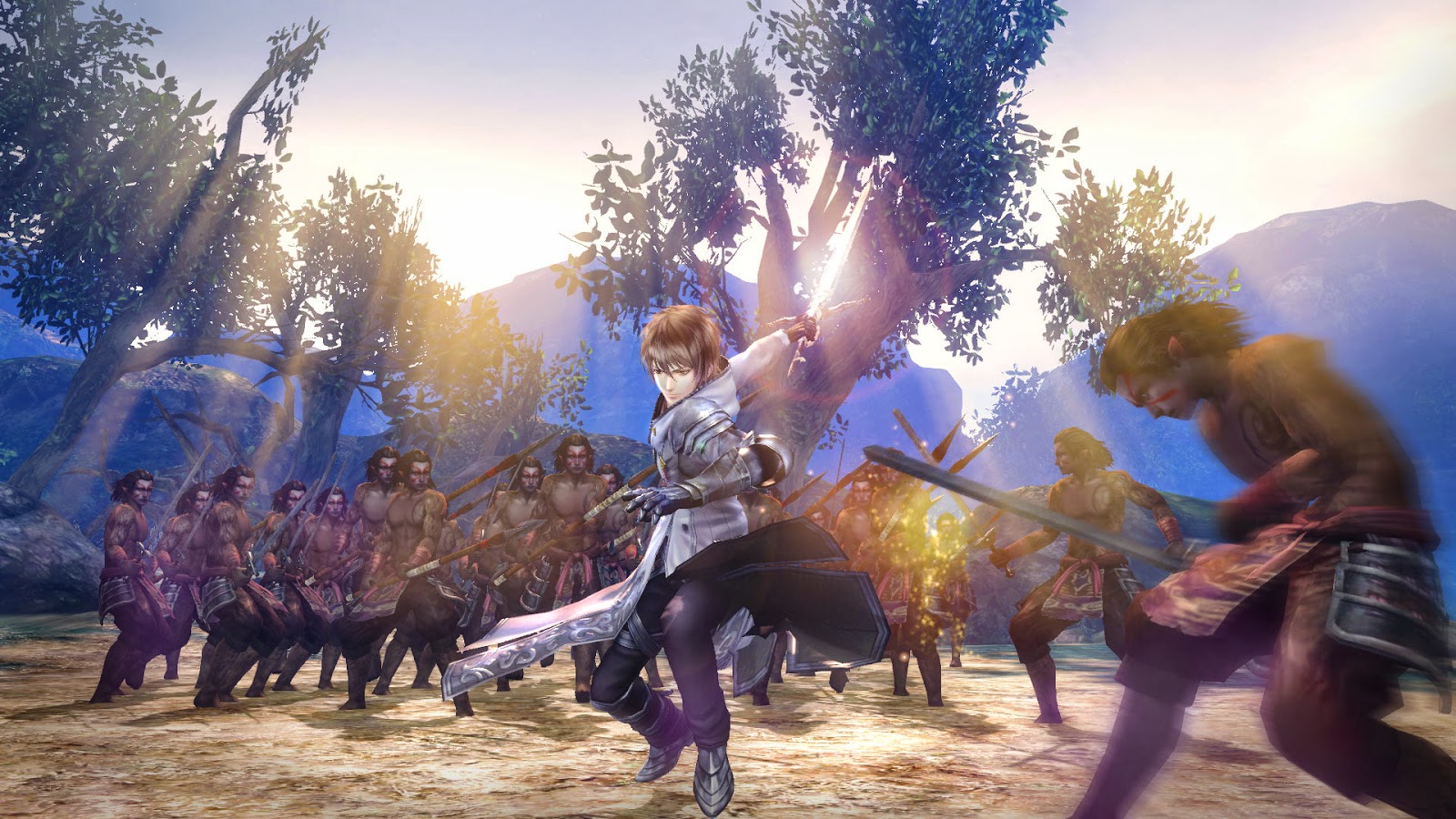 New to Warriors Orochi 3 Ultimate is the Gauntlet mode where players will form a team of heroes and try and hack and survive their way through increasingly deadly dungeon levels. There’s good loot to be found by playing in this mode, and it does add even more replay value to what was already rick package. I can’t think of another Warriors game that offers even close to this much content, and most Warriors games are 50+ hour experiences to complete to a satisfactory degree.

As I mentioned at the start of the review, Warriors Orochi 3’s engine is starting to look rickety. Especially after playing the gorgeous Dynasty Warriors 8: Xtreme Legends Complete (and the even more impressive Samurai Warriors 4 demo), this game offers a little too much pop in and its battlefields are a little too basic for their own good. When Warriors Orochi 3 was a new game on the PlayStation 3 it was a significant jump ahead for the series, but Koei Tecmo’s iterations on its Warriors engine modernise quickly. Character design is stylish enough and there’s such a large amount of content that it’s easy to forgive the game for looking old, but it barely looks like it belongs on the PlayStation 4.

The big question is whether people who have played the game before will get anything out of the upgrade. I do believe there’s enough content in there to justify the purchase, and if you’re a fan of Warriors games, and somehow missed either of the game’s previous releases, you can consider Warriors Orochi 3 Ultimate essential. It really is Koei Tecmo’s Smash Bros.