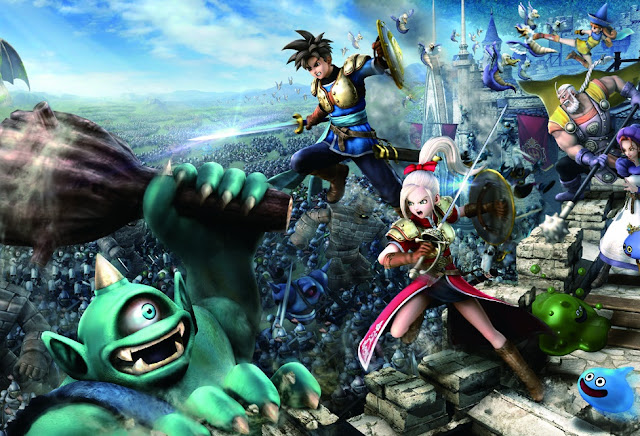 Dragon Quest Heroes is surely one of our most anticipated games at Digitally Downloaded. Half Dragon Quest, half Warriors game, it promises to be much like Hyrule Warriors on the Nintendo Wii U: a truly entertaining bit of fan service for existing fans of the venerable series.

Luckily for us in the west, though we don’t get to play all Dragon Quest games, we are getting a localisation of this one. We had the opportunity to fire off a couple of quick questions to the very busy producer of the game, Ryota Aomi at Square Enix, to get his thoughts on a couple of points about the game.

What I find most interesting is how keen Square Enix is to distance the game from overt comparisons to Warriors games. I wonder what is driving that – I doubt it’s any lack of confidence in the Warriors franchise, but it’s fascinating stuff nonetheless.

I’m also greatly looking forward to seeing how these “tower defence” elements, mentioned below, play out. It’s been quite a while since a developer throught to throw that kind of experience into a game, as the genre itself has largely fallen out of favour.

Digitally Downloaded (DD): What was it about Dragon Quest that you felt would apply well to the Warriors formula?
Ryota Aomi (RA): We never envisaged Dragon Quest Heroes: The World Tree’s Woe and the Blight Below as a game in the Warriors series. The project launched based around the concept of taking all the knowhow and experience that Koei Tecmo Games’ Omega Force team has built up developing action games and using it to turn the traditionally menu command based Dragon Quest games into an action game. It is kind of unavoidable that many people will see a game is developed by Omega Force as a Warriors game but DQH is actually intended to be a very different thing.

We paid great attention to the story, as you would expect, and also took care in how all of the classic characters, monsters and spells etc. were depicted as action game elements.

The major pillars of this game are thrilling battles against vast hordes of over 100 different types of monster, as well as tense boss battles against monstrous foes such as the cyclops Gigantes. Some of the other defining features are a clever combat system allowing you to instantly switch between all four members of your classic Dragon Quest adventuring party and tower defence style gameplay that involves protecting set locations by placing allied monsters as defenders.

Dragon Quest Heroes: The World Tree’s Woe and the Blight Below used a great deal of the technology that Omega force has employed on its Warriors and Tokiden series and all its experience of developing action games, and we feel that this has really rounded out the game and made it a complete experience. 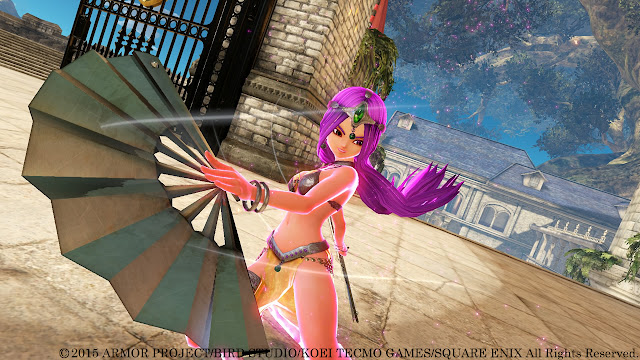 DD: The game performed very well in Japan – congratulations for that! – but in the west, the Dragon Quest franchise isn’t perhaps as well known. How do you think audiences will respond to the game when they are perhaps not as familiar with the characters and setting?
RA: The characters from previous games have been mysteriously transported to a new and original world that the two protagonists of the game inhabit and wind up helping them on their quest. This means that anyone can get into the story and discover the world even if they have played none of the previous titles and know nothing about the series.

Dragon Quest has always aimed to be a game that anyone can quickly and easily play and enjoy. Heroes is not the kind of classic command based RPG seen previously but an action RPG, so even people whose first experience of the series is this one should be able to get into it easily through the intuitive controls and have a lot of fun straight away. 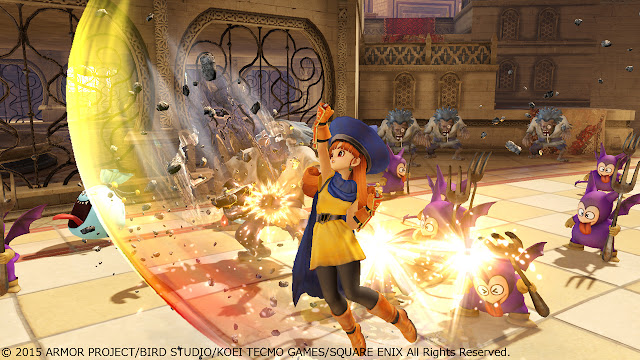 DD: The Dragon Quest franchise has always been well known for its sense of humour. How is that being brought across through Dragon Quest Heroes?
RA: The much-loved Dragon Quest humour is still very much present in DQH, with jokes packed in from the character dialogue and main story, right down to smaller details such as the nature of the side quests and the allied monster names.

For long term fans of the series, the famous “Puff puff” also makes a return, so watch out for that! 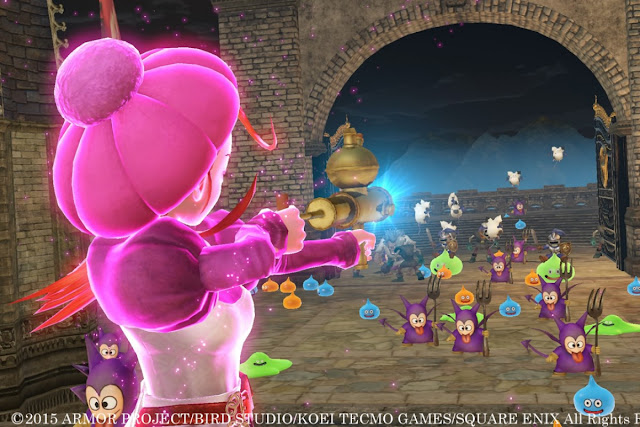 DD: Which is your favourite character in the game, and why should we be looking forward to playing with him/ her?
RA: My favourite is Alena.

She feels really great to control and has lots of unique attacks as a martial artist, but more than anything she is just a really cute character.

Incidentally the voice for Alena in the Japanese version is provided by the famous actress and celebrity Nakagawa Shoko. Ms Nakagawa herself also really loved the character of Alena and so the job of providing her voice was offered to her directly by Mr. Horii Yuji, the father of the Dragon Quest series. I think she is a really great fit for the character. She also still uses the multifists attack that I think many people will remember from her original appearance in DQ4.

We have also included the original Japanese voices in the European release in addition to a new English voice track so people can have fun with those as well.

The games of August: Visual novels, dungeon crawlers, and more!