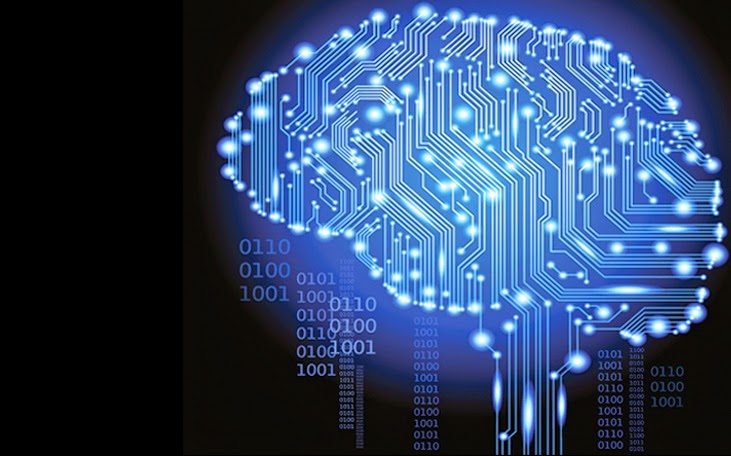 Now that we’ve accepted that games have artistic merit (or, at least, a growing number of people who play games have done so), we’ve started to see a number of game directors and producers emerge who are pushing the boundaries of storytelling and thinking behind games. In other words, we’re starting to see the emergence of a kind of “arthouse” space, which runs parallel to arthouse or foreign cinema in film making.

These game creators are challenging the ideas, themes, and expectations of video games, and in doing so are crafting titles that are really quite deep in their thinking. There are more and more games out there that make use of some fairly heavy themes and philosophy to weave complex and layered narratives and provide players with rich and deep gameplay.

But it doesn’t always resonate. As with the film industry, at times game directors get so caught up in their own ideas that the end product becomes something obscure or simply too challenging for the mass market to appreciate. And in the games industry, we still haven’t quite broken away from the idea that a game doesn’t need to appeal to the mass market in order to be a success, so games such as these tend to get marked harshly by critics (and indeed the community).

So in celebration of these games I thought we could use this week’s Friday 10 to look at games that are complex, intelligent constructions, but were unable to articulate themselves in such a manner that they resonated with critics and/ or players. That’s not to comment on whether they are necessarily good games or not (though I think they are, taste in games is, of course, completely subjective), but simply to acknowledge that the complex ideas that these games had in their foundations were not necessarily picked up on in reviews or the bulk of the discussions about them. And, of course, if there are any games that you think also belong on this list, be sure to let us know in the comments!

People slammed into the final chapter of the Final Fantasy XIII trilogy largely on the basis of its narrative, which many said was “poor” or made “no sense.” When it came to the gameplay people tended to be more lenient towards it, but people tend to come to this series for its narrative, so they marked Lightning Returns down with that in mind. But it’s actually not a “poor story that makes no sense”. As I highlighted in my review, it puts forward a fascinating Nietzschean argument, and its great flaw is not the cohesiveness of the plot, but rather that it wasn’t actually able to articulate its ideas as well as it needed to to people who are less familiar with Nietzsche. 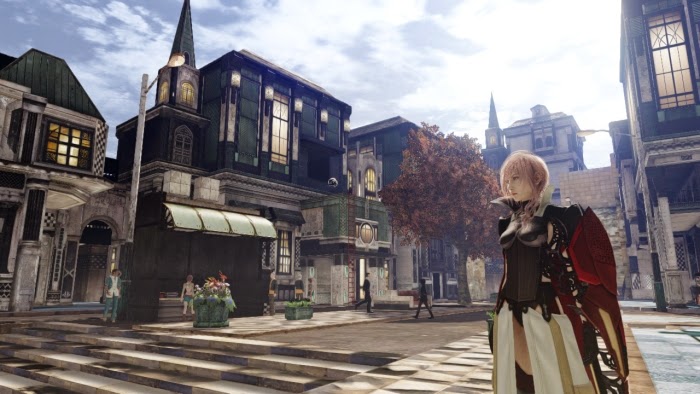 Nier offers a truly intense, rich and subversive narrative, and it had gameplay to match. It actively deconstructs much that we know and expect of the JRPG, and then carefully builds it back into something wholly distinctive and richly intelligent. And with each replay of the New Game +, more and more is revealed about the narrative, while more questions are simultaneously raised about what, exactly, is going on. Critics, meanwhile, were broadly fixated on the “unattractive” visuals (which have a very specific purpose to tie in to the narrative), and the “simple” or “unfocused” gameplay. 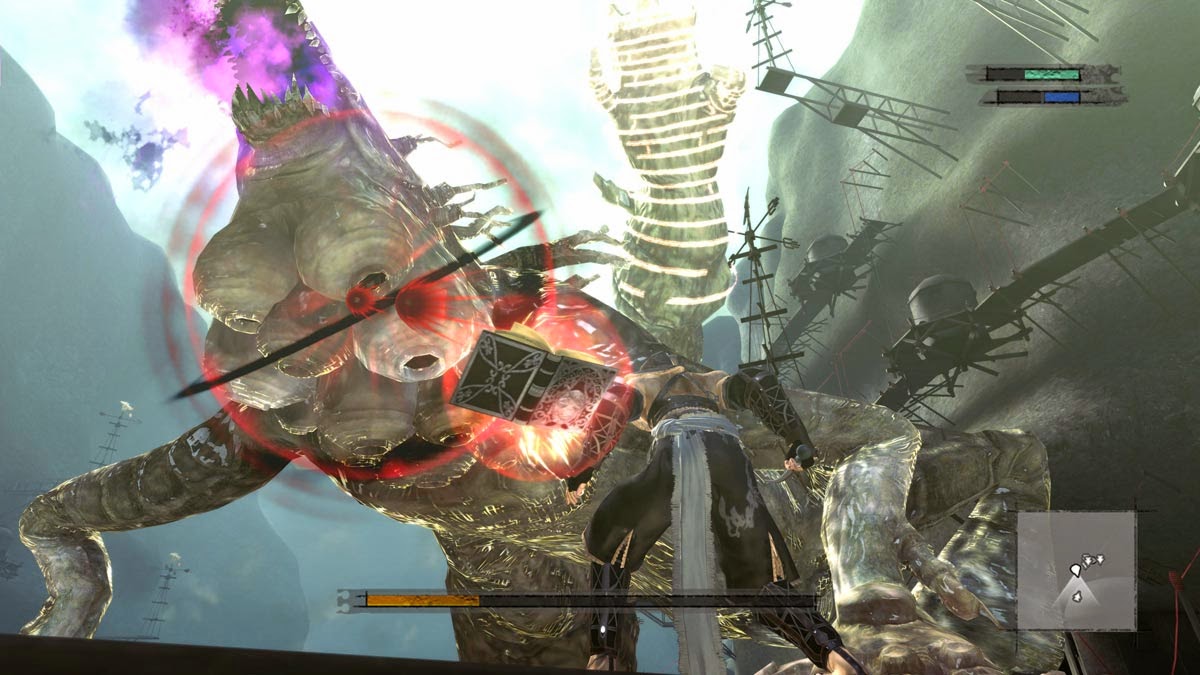 This game was roundly criticised for its length, and more importantly, it was criticised for the way it portrayed its lead character, Juliet Starling. The game is up there with Bayonetta and Dead or Alive as one highlighted most often as an example sexism within the games industry. And that’s surprising, because this game isn’t even that subtle in subverting that same trope that it’s criticised for supposedly representing. Sure, on the surface it’s a exploitative bit of grindhouse, but every line of dialogue and every sequence and setting within the game’s levels was making it quite clear how ridiculous those conventions are. 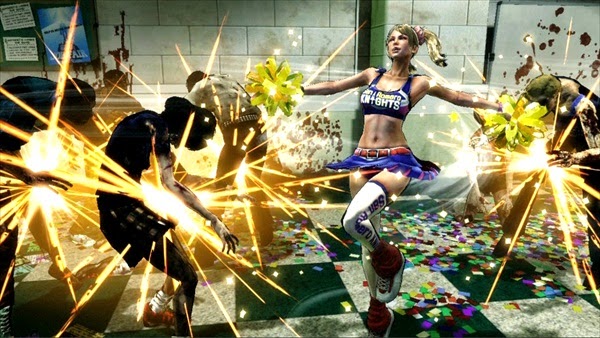 Baroque was torn to shreds for any number of reasons; hence the very, very low Metacritic score. It’s understandable to an extent, too, because it is unrelenting and uncompromising. Like floundering in an ocean with no life jacket, this game wants you stress and panic, both over its sheer difficulty, and the density of the narrative. It takes a lot of work to unpack everything that Baroque is telling, but doing so is a truly rewarding process for anyone who is able to get themselves swimming. 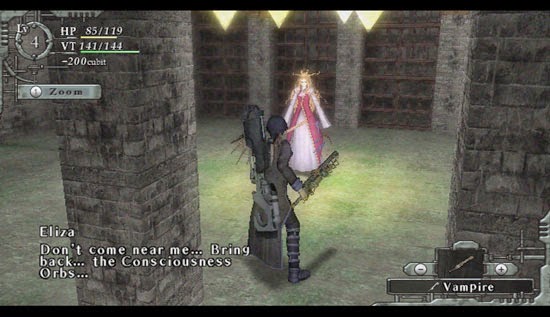 There were three games released in English thanks to the “Operation Rainfall” campaign; Xenoblade Chronicles, The Last Story, and Pandora’s Tower. Of these three, Pandora’s Tower came latest in the Wii’s life (and was in fact released in the US after the Wii U had been launched), and it was largely ignored, or those critics that did play it breezed through it as a “last gen” game launching too late. But Pandora’s Tower deserved better. Operatic in theme and with a narrative deeper than many gave it credit for, there were shades of Shadow of the Colossus in there, and the level design was so intricate that, like Dark Souls or Demon’s Souls, it told a story in itself. 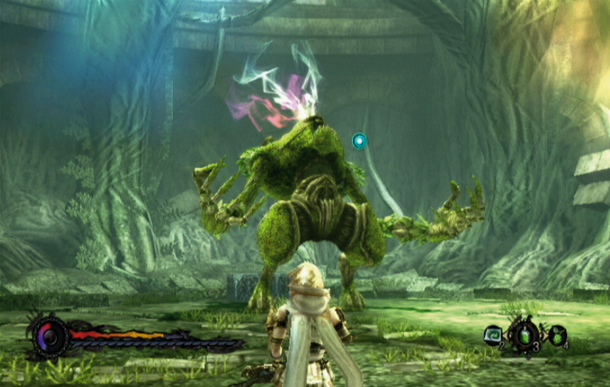 The game that has the distinction of being the most polarising game of all time is certainly one of the most creative. Hidetaka Suehiro’s masterpiece isn’t visually beautifully by any means, but it is one of the finest examples of true surrealism that we’ve seen in any game to date. The juxtapositions between horror and humour, action and the most mundane of every day events builds a game that never really lets players become comfortable with what’s going on as they play, and that is itself deliberate, just as Salvadore Dali and Antonin Artaud delighted in confronting or befuddling their audiences. 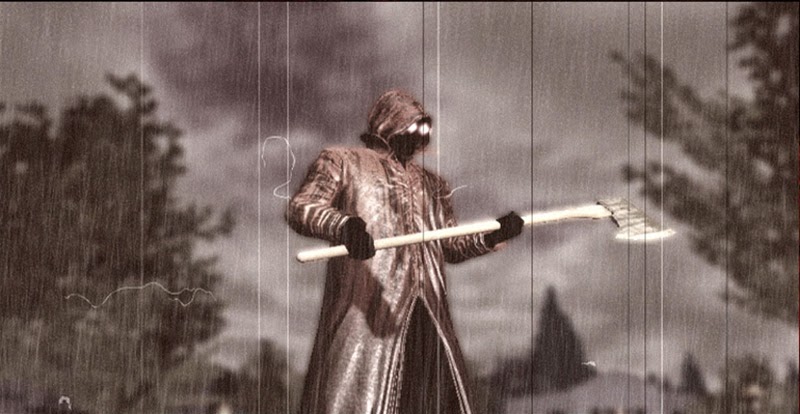 There are no shortage of independent games that have been hit fairly hard by critics for either being too abstract, or existing too far outside of the boundaries of convention for their palettes. But for my mind, Rain is the ultimate example of this. This is a game that had a very distinct tone to it; it was melancholic by way of T.S Eliot, and like a poem it had a specific rhythm to it that made for something beautiful and musical. That rhythm, contrasted by its melancholia, made for something truly artful, but the lack of action, simple puzzles, and low difficulty killed any chance of this game getting the attention of the mainstream. 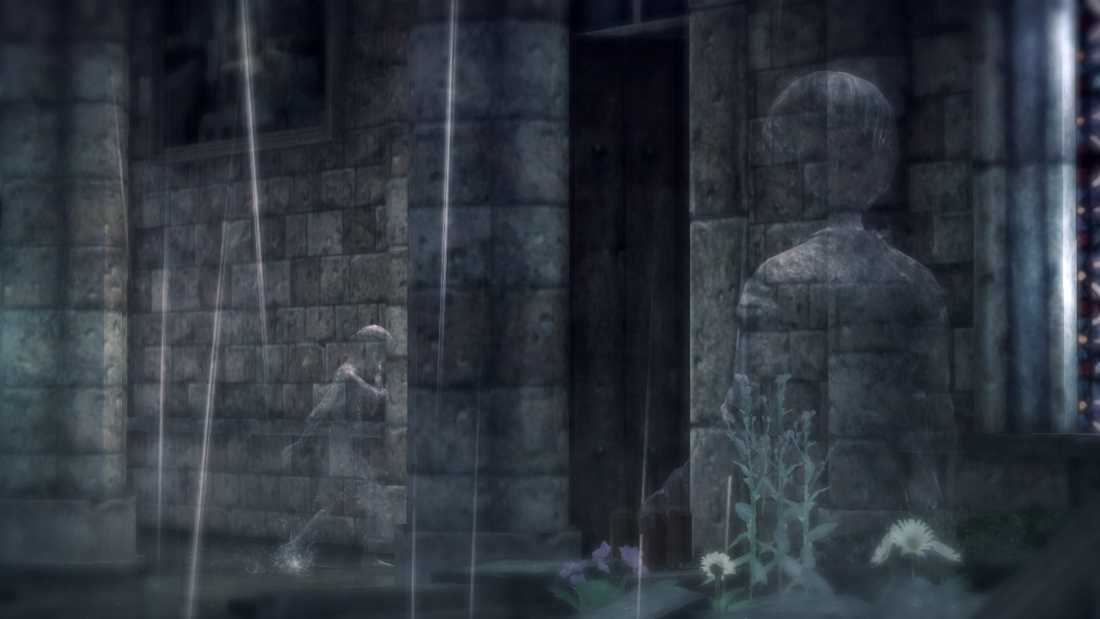 King’s Field IV fascinates me so much as a case study. The game is in almost every way a precursor to Demon’s Souls and Dark Souls. The melancholic gothic horror theme, the obscure storytelling that forces players to investigate for themselves in order to make sense of it all. The deliberate, slow pacing that the Souls games would later become known for; these things were all a big part of King’s Field IV. And yet, despite the brilliantly intricate dungeons and world filled with secrets to uncover, the overall critical body didn’t get on board this one, despite lauding Demon’s Souls just a few short years later. I have wondered why ever since, and never quite been able to arrive at an answer. 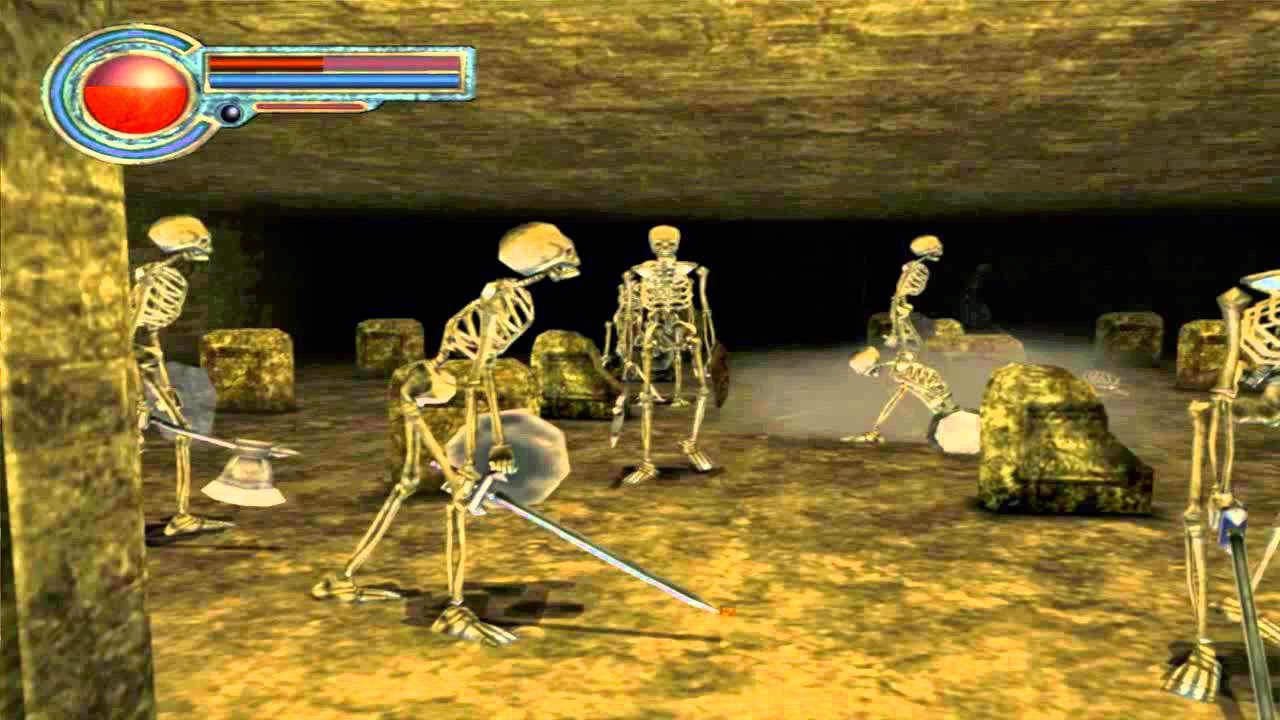 You could put any of the Hyperdimension Neptunia games on this list, but I decided to use the third game, simply because it makes a good example. The Hyperdimension Neptunia series has always been criticised for their “otaku” elements – moe girls, silly dialogue, and sexualised characters. But sitting beneath that is a remarkably sharp deconstruction on the way that the games industry operates. Satirising both the cultures that spring up around games, and the economics of the industry itself, Hyperdimension Neptunia games (all of them) have a lot of thought put behind them, which is often ignored because people are fixated on the fanservice instead (which is contextual and part of the satire, but don’t tell anyone I said that). 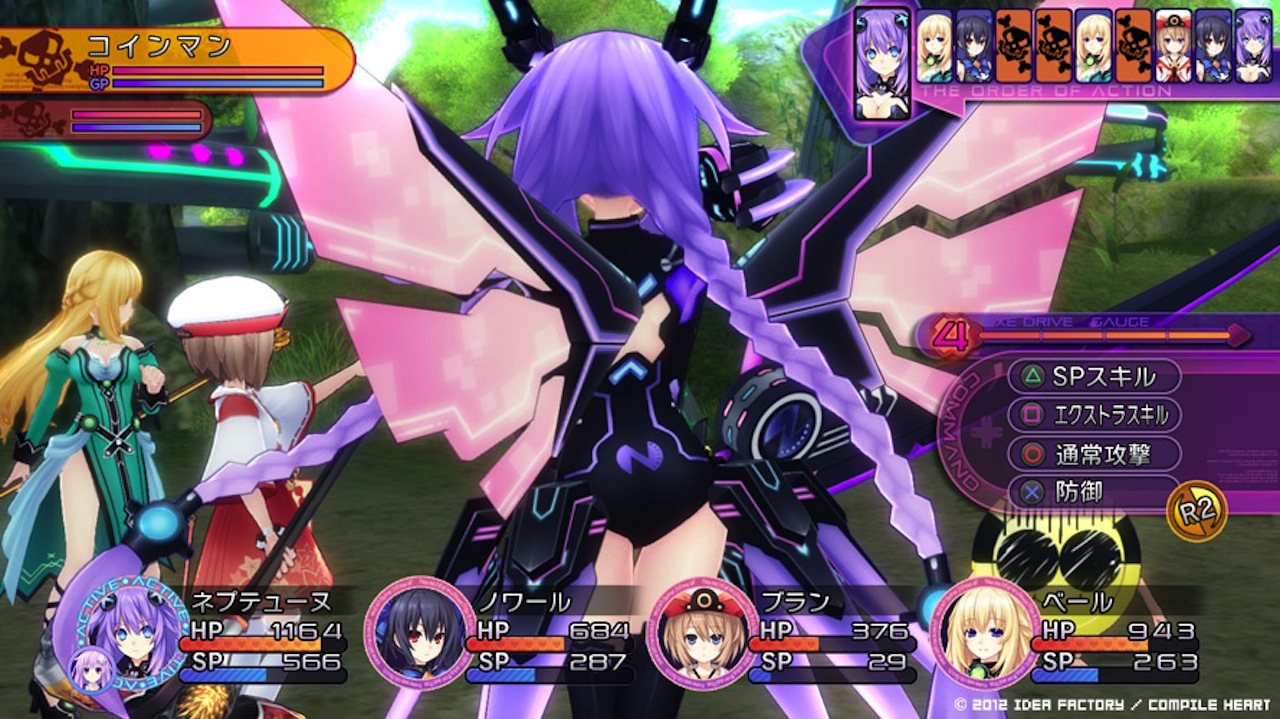 It landed a couple of ‘perfect’ scores (including from myself), but Never Alone’s overall critical response was pulled down by people who found the platforming to be too simple, frustrating, or flawed. I found this to be an odd way of looking at the game; over in the film industry Whale Rider was nominated for – or won – numerous awards even though the cinematography lacked the precision of a Hollywood blockbuster. It was the strength of the narrative, and how it represented a native culture, that gave the film its power, and so to is the case with Never Alone. As a world game, it is rich, insightful, and quite beautiful. It’s just a bit of a pity that it wasn’t able to get people past the platforming to enjoy it for that. 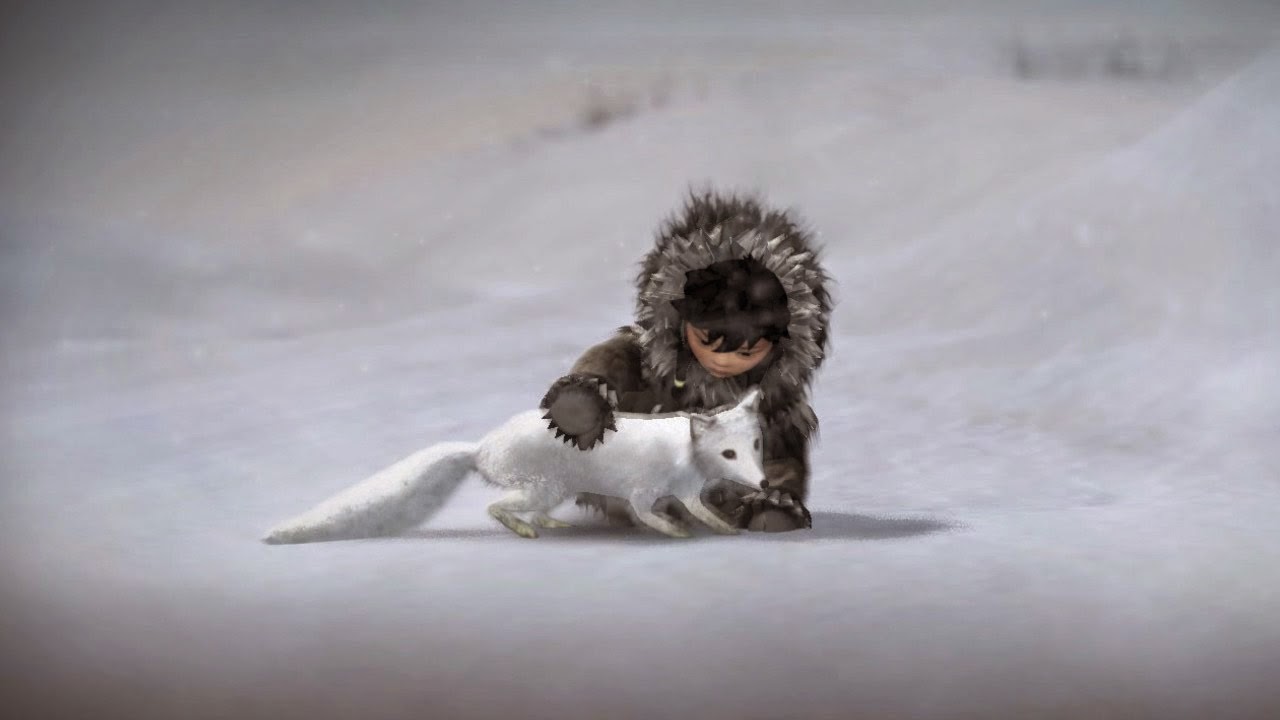