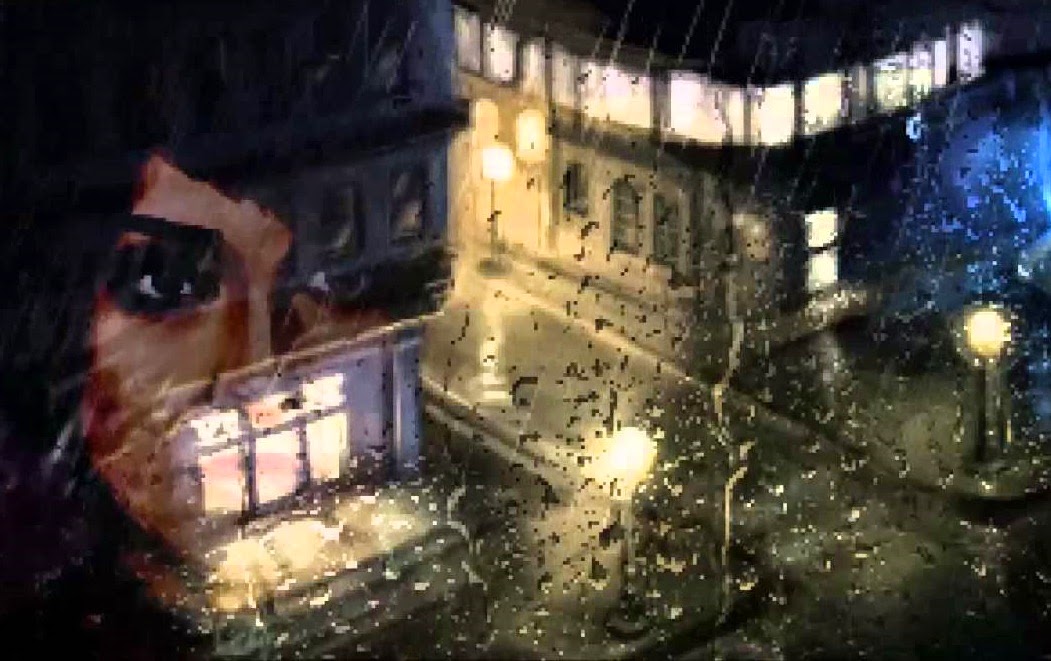 ‘Sepulchre’ is a Middle English term representing what is now known as a tomb or crypt. It is also the name of a free horror game for PC released in 2003, or what is now the second of three chapters in The Charnel House Trilogy. I love horror games as they can be gateways to amazing supernatural storytelling, but this one left me confused and (almost) speechless.

When the game is opened, there are three chapters to choose from: Inhale, Sepulchre (the original free game), and Exhale. Upon entering Inhale, you become Alex Davenport. She is in her apartment – sheltered from the thunderstorm raging outside – awaiting a parcel containing train tickets. Alex is sarcastic, and this is reflected in her experiences during. It’s as if she knows she’s in a video game and making fun of that fact. For example, she finds a ten-foot ladder behind a lamp’s bulb, harking back to ye olde days of finding extremely large objects in very tiny places while controlling very square characters.

As sarcastic as Alex may be, she is equally cryptic. She often says things such as, “I won’t need it after tomorrow…” In addition to these somewhat morbid statements, ghouls appear for fractions of a second every time lightning flashes. The combination of self-deprecating humour and sinister predictions/figures becomes somewhat confusing by the end of the chapter, when Alex has finally received her parcel and is waiting at the train station in the middle of the night with only a lone stranger for company.

The second chapter, Sepulchre, follows Dr. Harold Lang. He is a curator riding the train to a dig site. A keen eye will catch his link to the first chapter, even before his appearance on the train platform. Whereas Exhale takes place only in Alex’s living room and the train station, Sepulchre offers far more to explore: two train cars with three rooms each, and a third train car containing a dining room and bar.

Dr. Lang’s story is intriguing in the beginning. There is always conflict between what he told versus what he sees. However, that pattern soon wears thin as it becomes very clear where the story is going. It becomes frustrating having to go through the motions to reach an expected outcome with no element of surprise whatsoever. And it is even more frustrating that this happens only two-thirds of the way through the game instead of in the final chapter.

Exhale returns the story to Alex’s point of view. Unlike Dr. Lang she seems to embrace the strangeness around her. She is no longer nearly as self-aware as she was in the first chapter, which is unfortunate as some humour would have made the lack of horror almost acceptable. While Alex’s circumstances vary from those of Dr. Lang, her outcome is already known. Thus, the trek to the end of the game becomes tedious and repetitive. The element of surprise has a brief glimmer of hope in the moment the ‘why’ of Alex’s current life status is revealed, but the game becomes all talk and hope is lost on the story redeeming itself as a deep fog of confusion settles in over the who-what-where-when-why of it all. 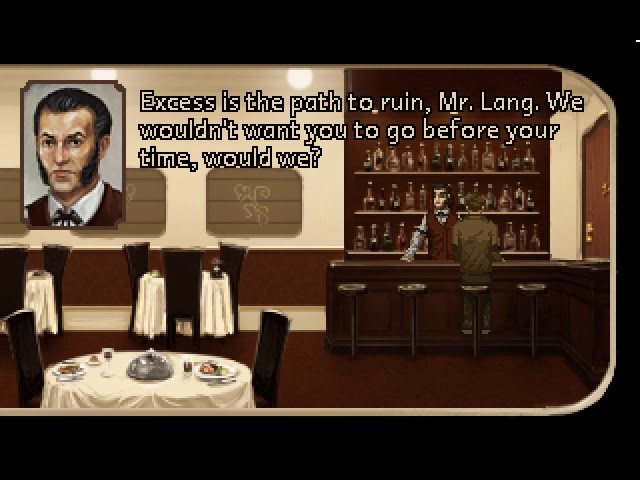 The Charnel House Trilogy relies heavily on story to draw players in; what this in mind, retro graphics are suitable for the game. The graphics even help guide a player simply by changing the screen’s black border from straight angles to a rounded curve when there is no further place to explore in that direction. What the graphics lack, however, is consistency. When a character is speaking and their face appears enlarged in a box, the pixellation is in a noticeably different scale compared to the rest of the game. The sound was obviously more of a consideration than the graphics; where the graphics fail in providing an impact on the viewer, the subtle music combined with sometimes jarring sound effects enhance the game’s atmosphere. I highly recommend wearing headphones while playing. The sound will not only impact the way you feel in relation to the ambiance, but also guide you to where you need to go – you may miss which direction the creaking door came from or even its occurrence at all.

Yes, the game has its moments where it’s creepy. Yes, one of two of the ghastly lightning flashes made me jump in my seat. And yes, the story was promising at first – until it becomes an obvious end for Dr. Lang and a boring yet remarkably confusing one for Alex. As a free game, Sepulchre would have been worth a playthrough. But as a paid product, The Charnel House Trilogy fails to deliver on its promised horror.

The Friday 10: Ten games too smart for their own good