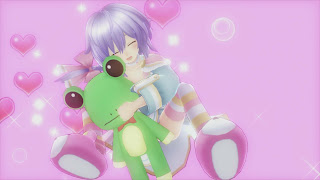 Over the course of the first two Hyperdimension Neptunia games, Compile Heart found itself with a very niche hit franchise.

While Activision isn’t about to dump Call of Duty to develop a knock-off of this series as its new yearly release, Compile Heart and American publisher, Nippon Ichi Software America, seem to be happy with the fan base the series has developed, and as a result we now have a third game in the series; Hyperdimension Neptunia Victory. Party time! Or, more accurately given the content of this game, Pillow Fight time!

Despite being a JRPG, the basic story won’t win any points for originality: In this game the protagonist finds herself hurled back in time via another dimension, just in time as the world finds itself in serious damage of annihilation. It’s a too-obvious trick that allows the developers to reuse some classic villains and sets up some silly situational comedy, and yet, though you’ve seen this kind of plot a million times in the past what you haven’t seen as often is the game’s context; it’s one giant metaphor for the actual games industry.

The Hyperdimension franchise’s hook has always been that the various companies in the games industry are represented by singular girls. The game’s main protagonist, Neptunia, is, literally, a Sega games console. She’s also a highly energetic girl with purple hair. Nintendo, Sony and Microsoft and their products are also all represented by people. Various Japanese game developers are also represented by less-important characters. The game then features NPCs that are representative of various individual personalities throughout the games industry.

If you could give consoles personalities, then these characters would be exaggerated (and very funny) versions of these personalities. In some subtle, and other less subtle dialogue sequences the game takes every possible opportunity to play out the Internet forum console wars in a suitably over-the-top fashion. I’m not entirely sure whether the comedy is laughing along with these people, or laughing at them, but it never misses an opportunity to poke fun at various significant events that have happened to the games industry in years past. Some of those jokes border on tasteless – there’s an attempt at humour regarding the Foxconn suicides that involved Apple, Nintendo, Microsoft and others, for instance – but for the most part anyone who has been following the games industry closely will appreciate the fun. (Note: Nippon Ichi America contacted Digitally Downloaded to request that we clarify that this joke was a part of the original game, and not something that was added in during the translation) 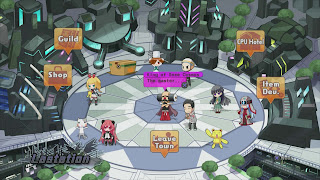 It’s also a style of comedy that is immediately going to dismiss more casual gamers. When the whole point of the game relies on laughing at the games industry, anyone who is not that interested in the games industry are not going to be all that amused. It’s like an in-joke amongst a group of friends where one friend doesn’t get the joke – that person always feel awkward. When the game characters start breaking the fourth wall and talking directly to players this way I can envision a great number of players giving up on the adventure entirely.

But me? I was in stitches.

Given the strength of the story setup, it’s also not surprising that the game takes spends so much time dwelling on it. Dialogue sequences are long and indulgent and because these sequences don’t involve much more than characters standing around and talking to one another, it’s the kind of text-heavy adventure that will also help to drive the aforementioned casual players away. But by the same token though this game gets away with being a budget production because it has a genuine sense of humour that the niche group of fans will be drawn right into. For those fans rest assured – the quality of this game’s plotting and humour is up there with the past two games.

Fans of the games will also be happy to know that Compile Heart didn’t feel the need to cut back on the Moe and Otaku fan service either. The entire game is still almost exclusively an all-girl pajama party, and most of those girls are young enough that what happens to them will make more conservative players uncomfortable. Especially when those girls are dangerously under-dressed. It’s all done in the name of fun and humour, and I think the more conservative players will miss this rather important point, but I wouldn’t be doing my job if I didn’t mention that people who would object to some light sexuality will be worried by some of this game’s themes. 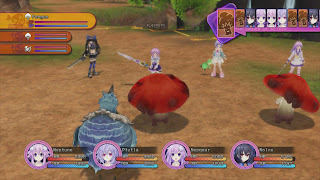 The gameplay itself is almost an precise copy of the previous game’s systems. Combat is turn based but players are free to roam around the battlefield to position themselves to build optimal strategies. There’s typical JRPG tropes with some characters being designated healers, others being specialists in melee combat and still others being experts at magic use. Just like in the past Hyperdimension game players can also “buddy-up” heroes. The partner hero won’t appear on the battlefield, but she will help her teammate that is on the field with stat increases and extra abilities. These “links” will also improve after time, and picking the optimal team and their ideal partners is reasonably engaging and nicely strategic.

Then there are CPU forms to manage, super attacks, extra-super attacks and assist attacks. Once again (and this is typical of a Compile Hearts game) the in-game tutorials do a very poor job of explaining these systems, so there is a little trial-and-error involved in learning the game. Once you’re there though it’s a surprisingly clean battle system for a development company renowned for being far too complex at times (see: Mugen Souls) 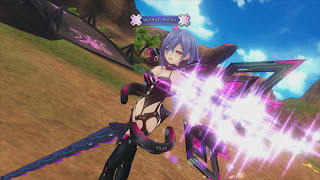 Most of the game is progressed through a standard guild and quest system. Players accept quests and then everyone once in a while one of those quests will progress the story. It’s an easy and convenient way to keep things moving forward. Other than this, outside of combat there’s a basic weapon crafting system and some NPCs to interact with. Continuing the game’s theme of being video-games-made-real the NPCs are two dimensional paper cutouts and speaks like twitter conversations. Cities are not much more than menus, and the hostile environments players will explore are largely non-interactive and quite small in scale.

What does all this mean? For a game that has a fairly standard JRPG structure, there’s not that much stuff to do compared to other games of the Otaku-JRPG broad genre, such as Atelier Ayesha. It’s long enough, but that’s because of the aforementioned dialogue and the complexity of tweaking the ideal party. Many will pass this off as padding or filler. 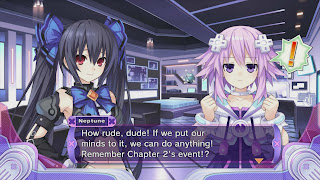 It’s not filler. Though at times the game more closely resembles a novel than a game, it’s what I went into the game expecting, and I enjoyed it for that. A lot has effort has gone into the translation, too, and players have the option of keeping the original Japanese voice track if they want. Given that Tecmo Koei removed that option from the Atelier series with Ayesha, I think it’s worth highlighting the expense and effort Nippon Ichi went into its fans with the localisation.

In one month we have now had two excellent Otaku-JRPGs. It has truly been a great start to the year.