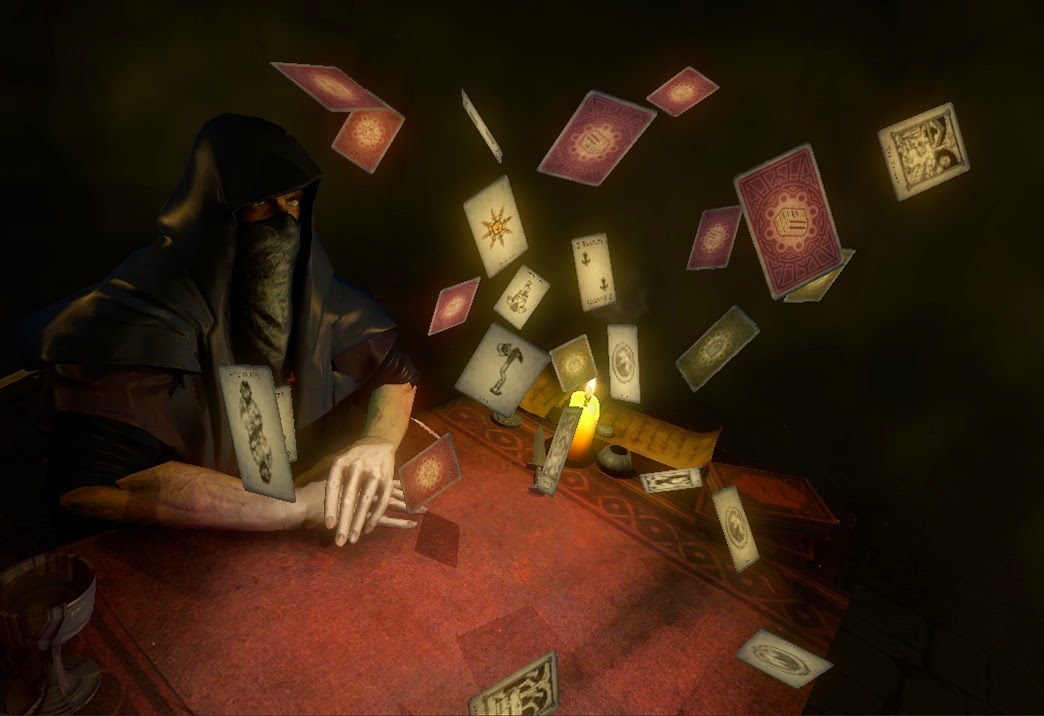 Brought to us by Brisbane developer Defiant Development, Hand of Fate is a hybrid of Dungeons & Dragons-style RPGs and the combat prominent in action games. It comes with a unique premise and ends up being one of the best games so far this year.

Related reading: You can also check out Matt’s review of the game here.

The majority of the game is played out against a mystical fortune teller or tarot card-style reader. You’re not sure why you’re there, or if there’s any reason to be, but you know you’re there to play a game. What Hand of Fate does so brilliantly is it merges a card adventure game with a combat system and it rarely feels jarring against one another.

Prior to the start of every game, players are given the opportunity to build a deck. Each deck must consist of a certain number of encounter and equipment cards. Once you have built your deck the game begins. You move around a board made up of face down cards, uncovering them as you go along, and each card produces a story sequence. Some cards allow you to play a game of luck for token. If you succeed you can keep the token, which can be used to unlock new cards. If you fail, not only is the token taken away from you but you’re dealt pain cards, which either strip you of health, food or gold. 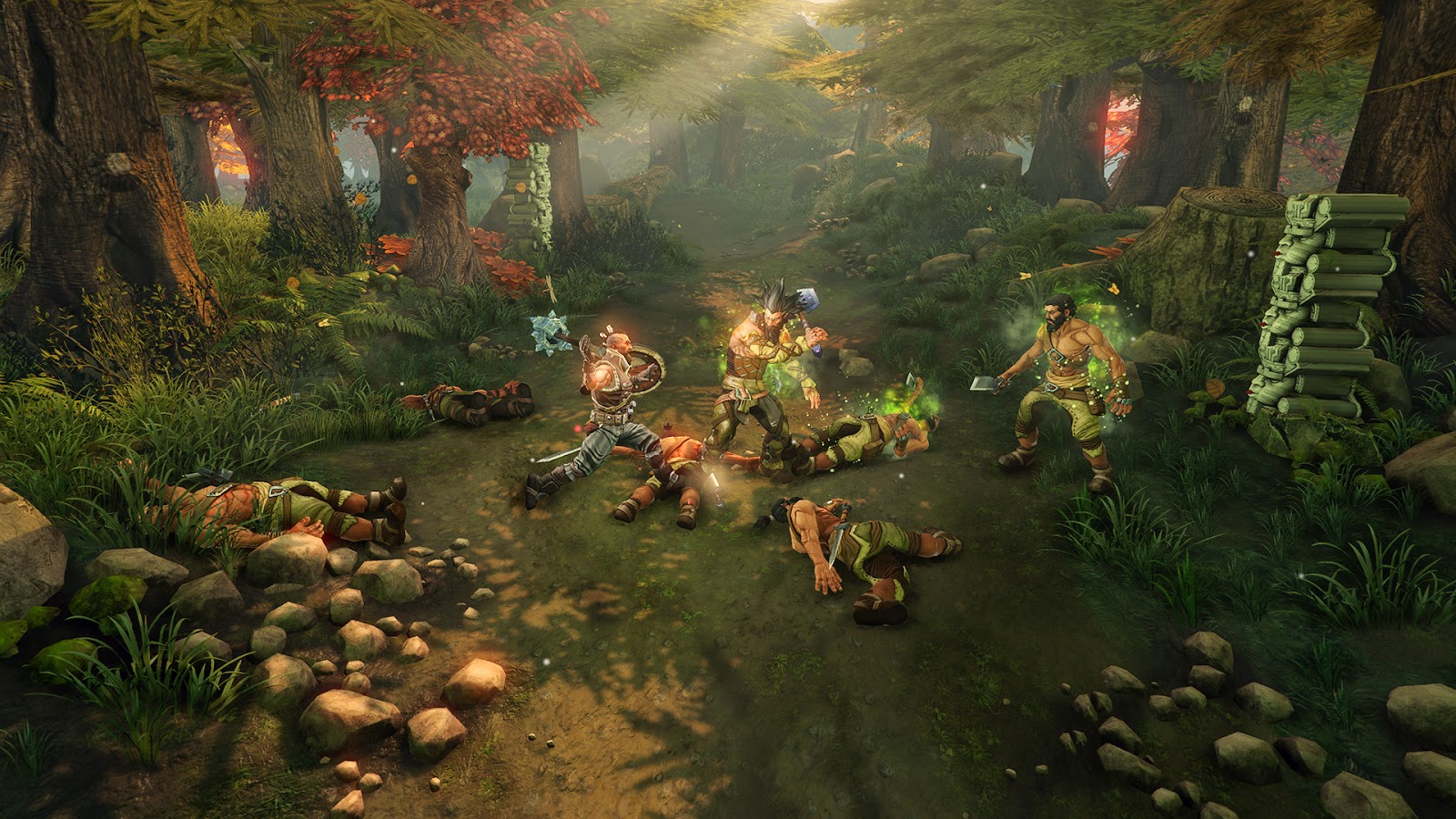 Each move across the board consumes one food, and running out of food will start to sap the health, just like you’d experience in a roguelike. Food can be replenished by wither visiting a shopkeeper, or running into certain encounters. At the end of the board is the eventual boss fight. Most games take roughly around half an hour to complete, which is a good length because, as addictive as the formula is, it can become repetitive across long sessions.

Certain cards, like the boss cards, will result in the player moving from the tabletop setting to an arena, where they will either be faced against numerous mobs of enemies, or a trap maze. The combat system takes it inspiration from the Batman games, and you’ll have one button to attack, one to counter and one to dodge. Counters are only a valuable once a shield is has been found, and while having a shield makes these combat encounters much easier, most battles won’t be too challenging even if you don’t have it, as enemies attacks are easy enough to dodge out of the way of anyway.

Gameplay-wise, that’s pretty much all that Hand of Fate has to offer. The real magic emerges from the randomness of the cards themselves, and the narrative that each game creates. No two games are ever the same, and while you might encounter the same cards, the outcomes can be different depending on whether you succeed or fail. It’s a good way of extending the game’s life, without making it seem forced. I genuinely wanted to keep on playing, to unlock new cards and see how they would change the game. Also keeping me coming back for more was the dealer himself, with his witty one-liners that he would hit you with if you decide to take to long to think over your actions. 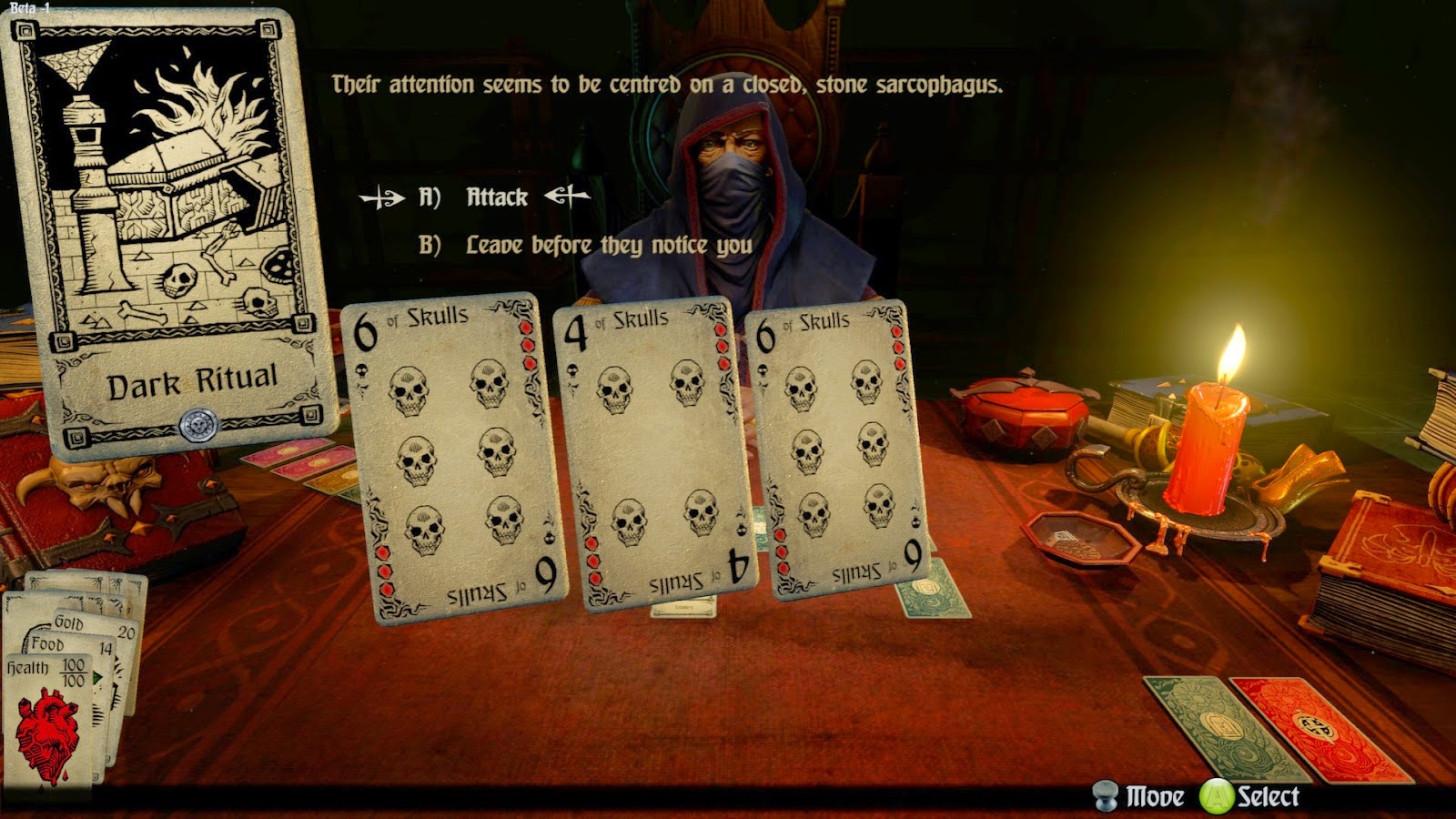 In addition to the story mode with one boss per adventure, there is an endless mode, which is as you would imagine, endless. Some games can last for an extremely long amount of time, the problem – which is prominent in every match – is the early game is a grind to get through. You start with basic weaponry, minimal food and gold, and it takes time and luck to get to a position of power. If there was a means of customising your character skip past the first hour or so, that would be welcomed, merely to get to the part where endless mode becomes more challenging and enjoyable.

Related reading: We also have an interview with the founder of Defiant Development, which you can read here.

I love how Defiant Development has taken the risk of bringing a slow paced, text adventure game to consoles. The combat is there to keep players engaged in the narrative each game creates, while there is a constant supply of new cards to keep bringing players back, but it really is the text on the cards where the game’s soul lies.