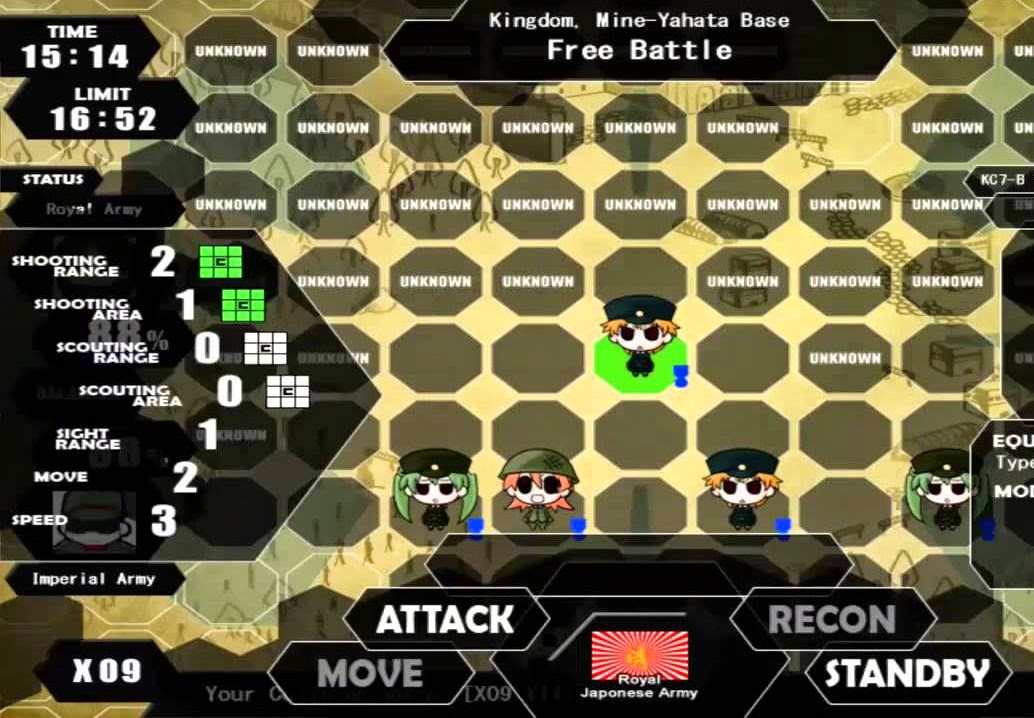 I really didn’t know what to expect going into War of the Human Tanks – Alter, but I was pleasantly surprised to find that it’s a rather enjoyable experience. It is a sequel, but having never played the first I cannot say how it stacks up compared to its predecessor, but I can tell you it’s a fine title if you like story heavy games.

Related reading: Clark has a review of the first for those who are interested. You can read it here.

Human Tanks plays out much like an anime with opening credits at the start with a theme song, and ending credits with its own song at the end of each of its numerous episodes. Each episode consists of a story that plays out much like a visual novel, and will then transition to some gameplay and then return to story once more after you complete the level. The gameplay segment is a turn based tactics affair that plays out a bit like Battleship mixed with Fire Emblem and other such strategy titles. At the start of every level and in the intermission after each episode you can assemble more Human Tanks to fight on your side, but this costs supplies which you acquire by beating levels.

To beat a level you must defeat the enemy Command Tank. You will get more supplies if you take the time to destroy every unit on the map, but it can be a risk. Even if you lose some levels, it won’t be game over. It will however, effect the outcome of the story, giving the game good replay value and gives players a reason to try the new game+ option so they can see all the narrative arcs. There are a lot of different units that can be assembled, including Command Tanks, Shock Tanks that can self-destruct killing anything around them (even allies), Assault Tanks that form the core force, Artillery Tanks that can fire long range missiles, and Scout Tanks that are best used for recon and to uncover parts of the map. There are even more types you can unlock as you progress through the story. 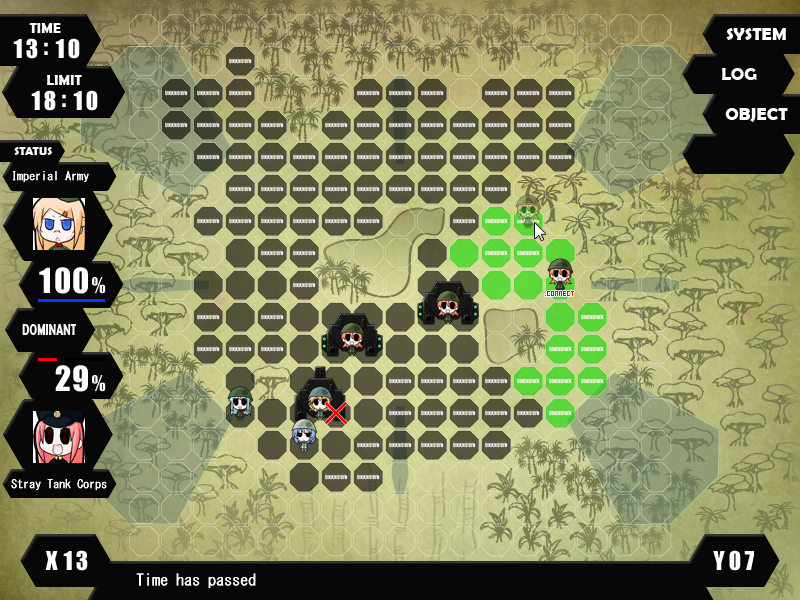 As you play, you can develop upgraded tanks and modules which can improve their weapons, vision range, and so on. This all costs supplies though, which is why you want to defeat as many opponents as possible. During the intermissions you can take on free missions to earn more supplies or play a mode called “Great Cavern of Fuji” where you must take out stray tanks to advance deeper into the cavern where you can unlock more of the story.

The story takes place after the events of the first game in the land of Japon where the Kingdom of Japon and the Empire of Japon fight for dominance. The story is about a girl named Alter. Alter is a commander in the Royal Army who is tasked with finding and eliminating a traitor who gave the Empire information about the Kingdoms Tanks. I really like the writing style and the story of this game so I will not give anything away in this review. The story can be funny at times, but will take serious turns throughout to maintain its wartime tone.

The artwork is mostly hand drawn and the characters all use the chibi aesthetic. I really liked that aesthetic in the context of this game, even though it may not be to everyone’s taste. The soundtrack is also pretty darn good for an indie title like this and can even be bought independently off Steam.

I have always loved a good story to accompany a good game. This game will not be for everyone due to the sheer amount of reading, which does slow down the pace of play, but considering the length of the game, $12.99 is well worth the price.