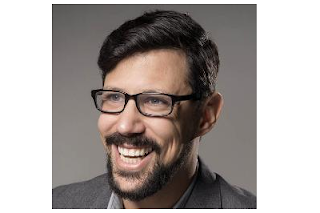 One of the first game developers to jump on the Kickstarter opportunity when it launched in Australia was Brisbane-based Defiant Development, and its game, Hand of Fate, is currently over halfway there, having earned $27,605 at time of writing out of a total goal of $50,000.

Hand of Fate is an interesting looking game to boot; a mix of roguelike and card game, and it has plenty of game industry veterans involved. The director of Defiant, Morgan Jaffit, has been involved in the local games industry for over a decade, starting out at Irrational Games, then moving on to Relic Entertainment, A2M and Pandemic.

Digitally Downloaded (DD): As one of the first Australian game Kickstarters, what encouraged you to use this platform rather than some of the local ones, like say Pozible?
Morgan Jaffit (MJ): For games especially, Kickstarter was the widest reach possible for us. There are so many people who’ve already backed games on KS, have accounts set up, and are ready to support the sort of project we’re developing, which made it perfect.

DD: Mixing card game and Roguelike is a dream combination as far as I’m concerned. What inspired the game?
MJ: Whenever we start a project at Defiant we always try and look at ways to do something new, while bringing our prior experience to the table at the same time. We’d done a game called Heroes Call (a mobile Diablo-style game) where we did a lot of randomisation of encounters. What we realised was that people didn’t notice what we’d done, so we were thinking about ways to make that clearer. That lead us to think about cards (as they’re a really effective randomiser) and from there the ideas started flowing.

DD: The Kickstarter is off to a spectacular start and you’ve already raised half the asking total. Did you expect this to resonate so strongly with the community? Why do you think it has?
MJ: We’re really delighted, and humbled at how it’s taken off. We actually showed an early build of the game at PAX, and one of the things we learned was that when people like it, they really like it. Still, it was really delightful when the comments started coming through on the Kickstarter and on Greenlight. 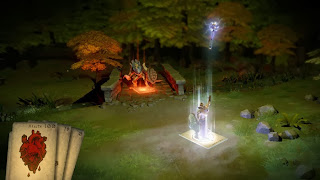 DD: And why do you think it’s taken this long for a developer to think to mix the card game and Roguelike? Has there been any particular challenges in the development process so far?
MJ: Knowing when to stop! There’s definitely a temptation to keep creating new cool cards for the game, but some of them also create a lot of work in terms of 3D models and environments. We’re now focusing on wrapping up an initial card set that’s fun to play with and going from there.

DD: You’re developing the game for PC and Mac – why no other platforms so far? Often a game Kickstarter will include stretch goals for additional platforms, and yours doesn’t as yet – is there something about the game that won’t translate well to mobile or consoles?
MJ: We’re big fans of focus. That doesn’t mean the game won’t come out on consoles (and we built it with controller play in mind) just that for starters we want to make sure everyone gets the best game possible. Focusing helps us do that. We also announced Linux support, as we’re working in Unity so that’s not a huge amount of extra effort.

DD: You’ve been working in the Australian games industry for some time now – what are your thoughts on some of the dramatic changes that it has experienced in the last five or so years? Is it harder to make games here now?
MJ: It’s certainly easier to make games, if you’re an individual or small indie. There’s a really vibrant indie movement, lots of support from organisations and the government, and plenty of people to talk to and share with. There are many less big studios these days, which is a result of the post-GFC fallout. Still, we’re seeing more creative and original Australian games being developed at the moment than ever before, so it’s a great time to be making games in Aus.

DD: What are some of your longer-term plans for Hand of Fate, and Defiant Development?
MJ: Long term we want to keep adding content, and look at bringing it to new platforms. For Defiant overall, we really only have one goal – make good games. The opportunities and platforms vary, but we always look at any situation from the perspective of “Can we make a great game out of this?” and if the answer is yes, then we go for it.

DD: What advice would you give to anyone else looking to start up a Kickstarter? What’s the difference between success and failure?
MJ: We’re not a success yet, so I may be talking out of my hat, but I’d say preparation. You need to have everything lined up, and touch base with everyone ahead of the process kicking off.

DD: Do you believe that Kickstarter will continue to be the big opportunity for independent developers that it is now, or is it in a bubble at the moment? Why do you think this?
MJ: It’s not in a bubble. What it’s done is tapped into people’s desire to support games they believe in and to be part of getting them made. That’s not going away.

DD: Finally, what games are you playing at the moment?
MJ: I’ve been holding off on a lot of stuff at the moment so I can play it on next gen, so I’m going back to games that have been on my stack forever. Right now I’m just wrapping up Telltale’s Walking Dead, and checking our a very cool new game developed by Kent Hudson called The Novelist.