In Final Fantasy Type-0, a chocobo dies horribly in the opening cut scene. This is pretty heavy stuff to watch. Ever since 1988’s Final Fantasy II on the Nintendo Entertainment System, chocobos have been faithful steeds to rival the very noblest of horses. They have been beloved pets with charming names like ‘Boko’. Such was their popularity that Square Enix made a chocobo called Chocobo and stuck him in kart racing games, minigame compilations and spinoff roguelikes.

And there, in the very opening scene of Final Fantasy Type-0, we see a chocobo in the middle of a war zone, dripping blood as his life fades away. His rider is dying as well, but people dying is common enough in Final Fantasy. Chocobos dying… now that has impact.

“We didn’t do it just to kill a chocobo,” the game’s director, Hajime Tabata, laughed. “The chocobo was collateral damage to the death of the opening scene’s protagonist, but that chocobo is what is most dear to him and the death gave the most dramatic meaning to that scene, and that’s why we decided to do it.”

Type-0 is much darker fare than is typical for the Final Fantasy series. The first game in the series to land a mature rating in the US, and carrying the highest age classification for the series in Australia to date, the question has to be asked; was Habata and his team concerned that the hard edge to the game would upset people who have grown up with the series and see chocobos as cute pets, and death in general is something that happens only very rarely?

“We had some concerns internally, which we discussed as a team,” Tabata said. “Ultimately we decided that since we are making this game about the gravity and importance of life, we should be upfront about the realities of death, too. Once the decision was made it was easy to take the creative directions we did.”

Interestingly, Hibata sees risk taking as an important part of the Final Fantasy franchise. “We believe the foundation of the Final Fantasy series has been the challenges that the team and the director take on,” he said. “So, by doing new things we are by definition loyal to the heritage of the games that came before it.” It might not always work – as many would argue is the case with the Final Fantasy XIII trilogy (not I, though), but that is the natural consequence of taking risks – sometimes you will fail. It’s still for the best, though, because when you succeed you create something truly special. 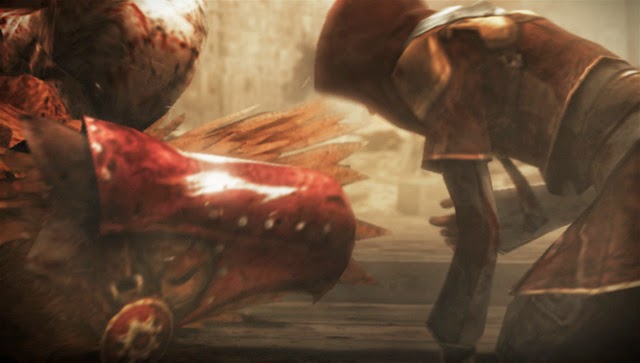 “Besides, without any challenge I wouldn’t know what to do with myself; I need that challenge to keep me going!” Given that Hibata is also the lead of Final Fantasy XV, this philosophy towards making games if a tantalising thought for what we might have to look forward to. Hibata might have been brought on to the Final Fantasy XV project late, but as a rising star within Square Enix, he’s clearly making that game his own, and taking a good swing at doing something to push the series forwards while he’s at it.

A remake of a PSP game, Type-0 is, as mentioned above, a darker take on the Final Fantasy franchise, but it deviates in other areas too. For instance – most Final Fantasy games will give you control over only a small group of heroes, but in this one, you’re in control of 14. Individuals within this group are named after a deck of cards (King, Queen, Seven, Deus, etc), and as a result there’s an odd lack of individual characterisation in the game. 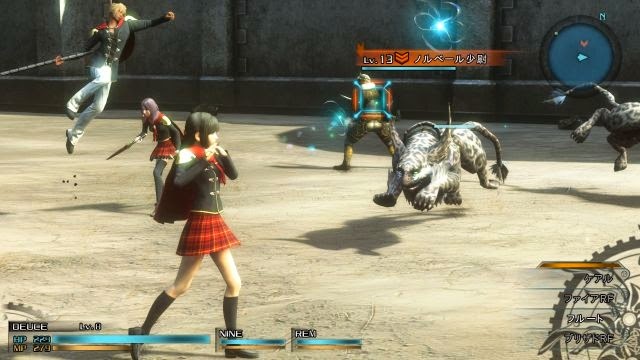 Where most Final Fantasy games work hard to create in-depth characters and personalities for players to relate to, at first Final Fantasy Type-0 seems to lack the franchise’s defining characteristic. Instead, the game follows the story of an entire class that live at and fight for a military academy, and each student has his/ her own set of skills and preferred weapons. As with a deck of cards, it doesn’t take long to start feeling like these heroes are simply tools in a political game of to-and-fro, but you’ll want to get to know them all in order to be able to take on the range of different challenges that the game will throw at you.

In other words, as with a film that relies on an ensemble cast rather than the performance of a few leads, Final Fantasy Type-0’s characters are greater as a sum of their parts. In terms of narrative storytelling, this is every bit as innovative for the series as the chocobo death was. There were both technical and creative reasons to take this approach, Hibata said.

“Creatively there is a tradition in certain types of Japanese drama that feature this type of cast where it’s not centred on one person, but rather several individual personalities, and we wanted to achieve that kind of storytelling,” he said. 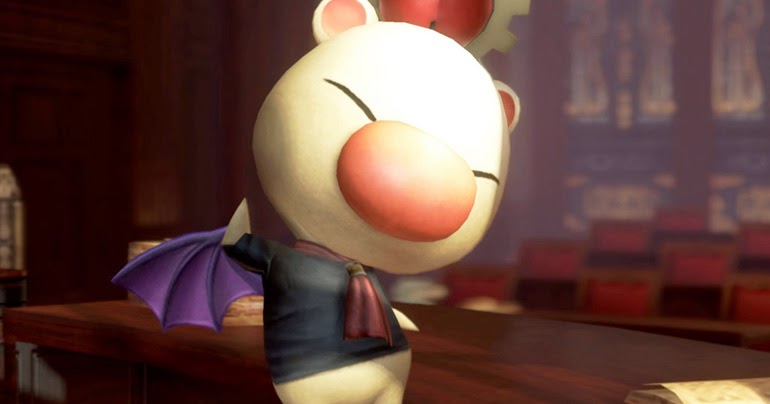 “We wanted a story that would focus on the struggle of the class and rather than the individuals. How can a group of people grow together and work to survive?” Hibata said. It’s a kind of coming of age story, and in that context, it made sense to set the drama within a school, too. Hibata added that the school setting was also a useful way to emphasise the magical power and development of the students as the narrative progressed.

“It wasn’t so much that we wanted to create a chuunibyou narrative,” he laughed (‘chuunibyou’ is a term to describe a student that believes they have special powers, and narratives that are set at schools where the kids discover they have special powers are riffs on that concept). “At the start of the development we wanted the heroes to be fighting for a nation that relies on magic, and with magic being an intellectual pursuit, a school seemed to be a good metaphor for the concept.

“And Harry Potter probably had something to do with that!” 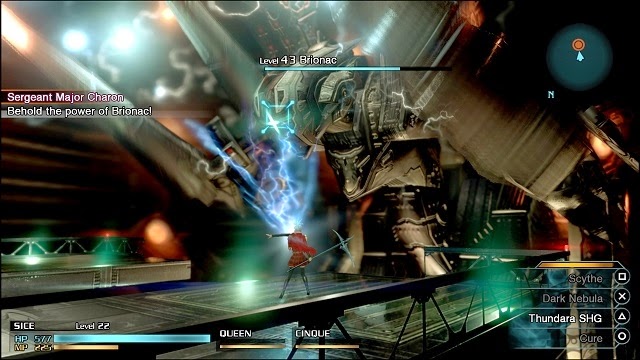 Of course, as a remake of a PSP game, Final Fantasy Type-0 is constrained by its original hardware. It’s often said that restraint is the inspiration for innovation, and Hibata and his team discovered that the technical limitations was a useful reason to develop a large cast of characters. “Rather than have fewer characters and then be forced to try and make them too rich in their skills and capabilities for the hardware to handle, we discovered it would be better to spread those skills out so across more characters,” Hibata said.

“So, rather than taking one character and giving him or her the range of abilities they would have in a normal Final Fantasy game, we instead used the multiple characters that our narrative already called for, gave each character a specific combat role, and gave players the opportunity to mix and match styles by selecting different characters.”

One distinctive hallmark of most of Hibata’s work is that he favours fast combat. Very fast, in fact. Given that the Final Fantasy series has traditionally been turn based and quite strategic, I asked Hibata if he had ever had been tempted to take the series back to its roots with something turn-based. 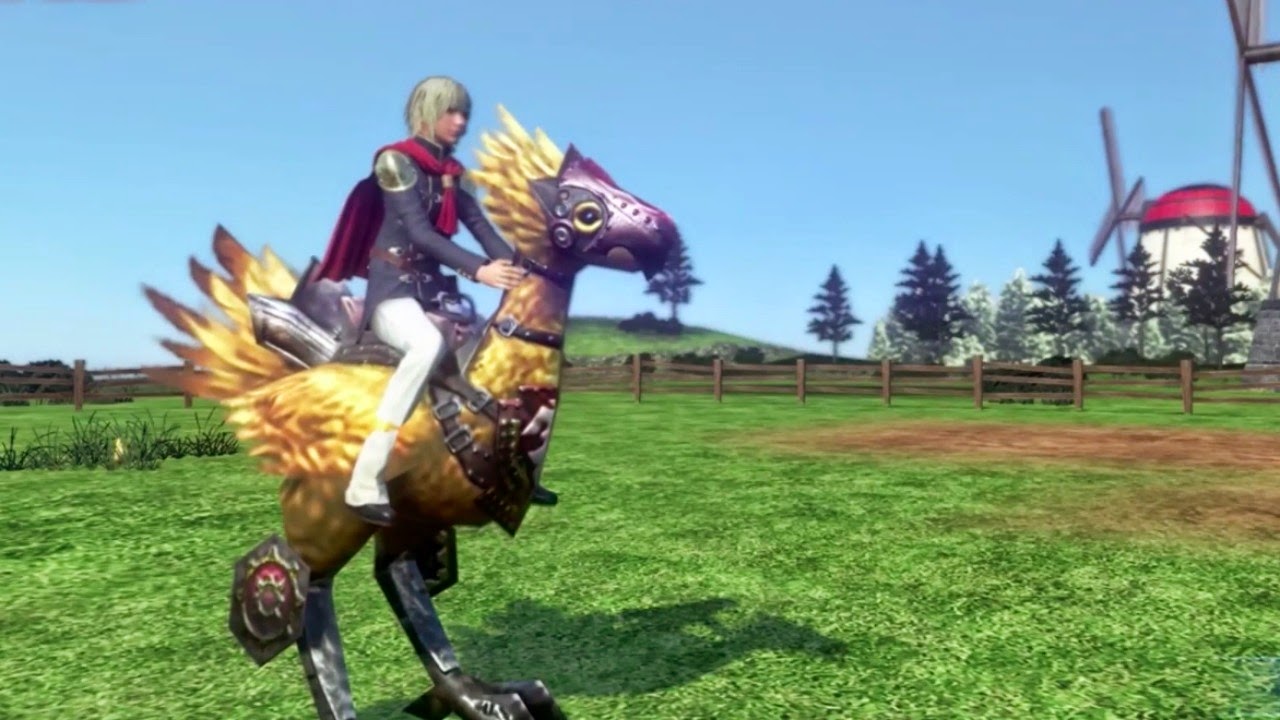 “It’s not like I have anything against turn based games or wouldn’t want to make one,” he said. “It’s just that when it comes to making games myself I’m more drawn into the immersion of making the character my own and that tends to express itself better through action-based gameplay, and so I have the personal tendency to work for action combat systems.

“For me, one of the best things of being a game creator is in bringing a world to life, and so rather than the static, mechanical, nature of turn based combat, I prefer something that feels more organic and alive.”

Despite being based on a PSP game, Final Fantasy Type-0 HD is going to be a heck of a game on the PlayStation 4, and while we’ve had plenty of western RPGs on the console already (from Child of Light, to Bound by Flame, and on to Dragon Age: Inquisition) this will be the first JRPG of substantial scale on the platform. From here Hibata moves on to commit fully to Final Fantasy XV. Together with Naoki Yoshida, the man that saved Final Fantasy XIV, it looks like Square Enix has found a new generation of creatives to guide the Final Fantasy franchise back to the mainstream recognition its heritage demands.