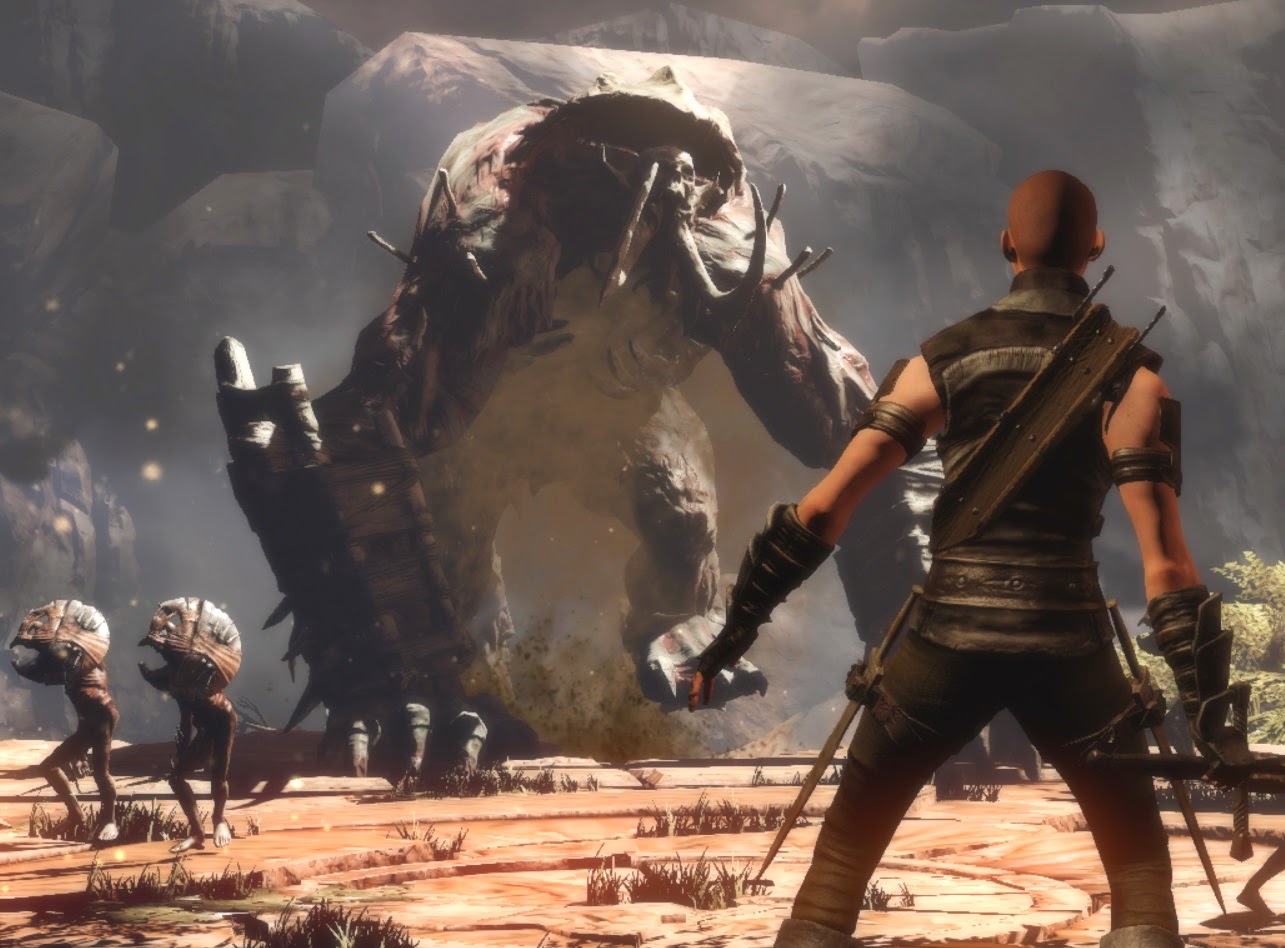 There’s a constant among games developed by indie outfit, Spiders; its games have heart. Works like Of Orcs and Men and Mars: War Logs are undeniably constrained by limited budgets, but the independence of the developer has meant that it has been free to build games that also aim to tackle some less mainstream themes.

Of Orcs and Men aimed to reverse the traditional fantasy trope of orc and goblin species being presented as savages to be slaughtered, and in doing so it aimed to tackle themes of racism. Mars: War Logs takes themes common to opera and plants them within a brutal world which questions the very validity of human morality.

Bound by Flame is actually somewhat disappointing because in terms of its narrative construction it’s by far Spiders’ least experimental game to date. Despite that, it’s still a load of fun.

In Bound by Flame, players take on the role of a mercenary who has had his or her body occupied by a spirit, or “demon.” This demon comes into the world as a last ditch attempt by humankind to combat an army of undead. Lead by necromancers of incredible power, the undead can’t be defeated on the battlefield, and so humans turn to dark magic in a desperate bid to combat the storm. Something goes wrong, however, and the lead character as played by you becomes possessed by this enigmatic and quite dangerous spirit. 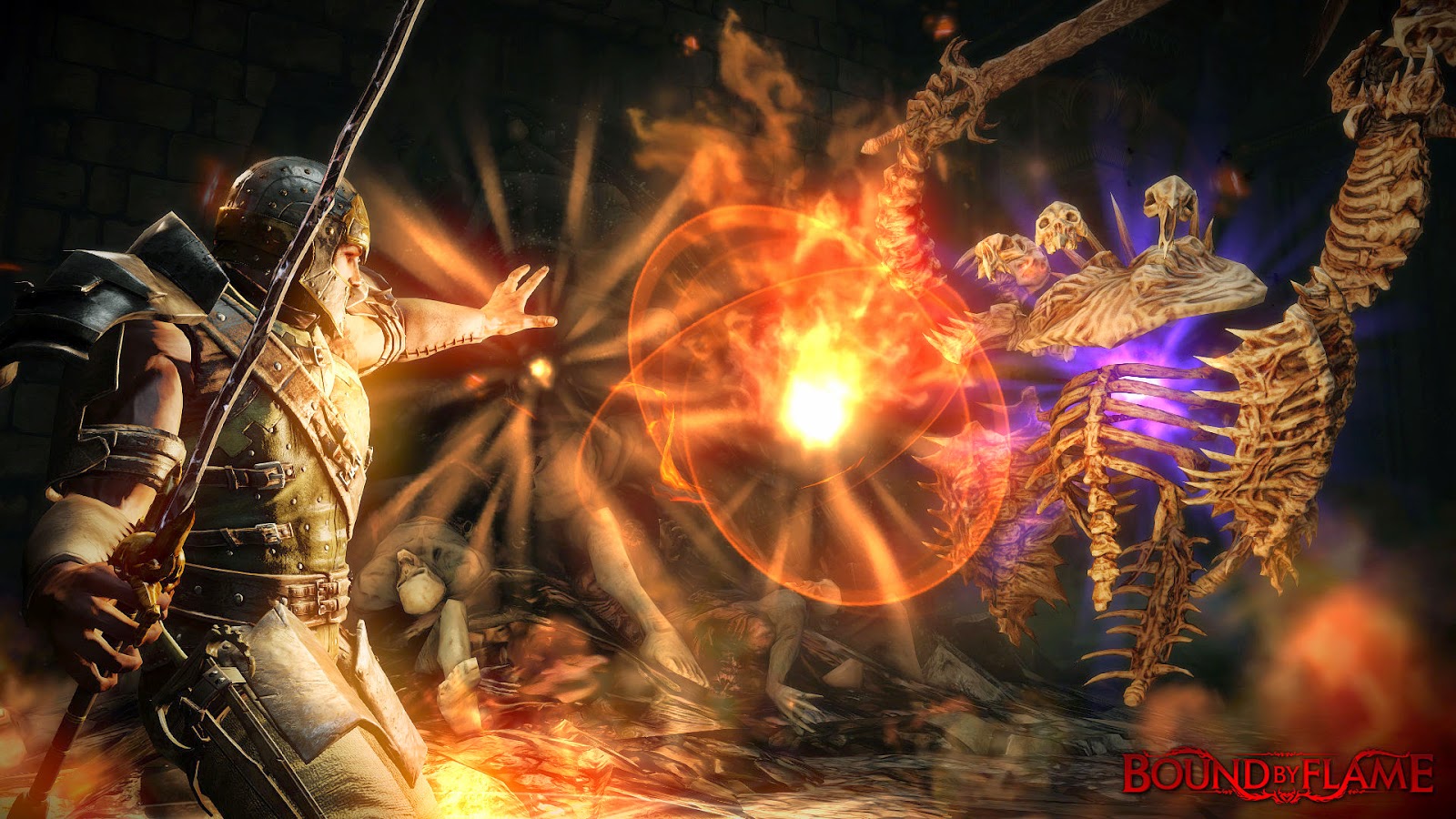 From that point players are, in concept, able to decide their own best path in order to fight against the undead menace. Players are given choices at critical moments that are meant to challenge their sense of duty and morality, with entire groups of people being harmed regardless of the choice. Furthermore, players can choose whether to limit the demon’s power over its host, or allow it more control in return for more power. The more control the demon has, the more it twists its host’s physical form into something otherworldly.

It only works in concept because in execution players will do much the same thing regardless of their decisions – they’ll be helping desperate people kill already dead things – but the idea is sound, and for the first couple of decisions (before I realised how limited the impact would be) I was genuinely conflicted when presented with these moral choices.

With that said, the theme does come together to paint a scene of the end of days and sheer desperation. It’s a picture that is supported by the environments that your hero will be wandering around. In the first village hub, for instance, people huddle in squalor as they hope not to be the next target for the undead. The next hub is an Elven city… or it would be, but the city was destroyed. Instead, survivors hide in nearby ruins and hope for a miracle. 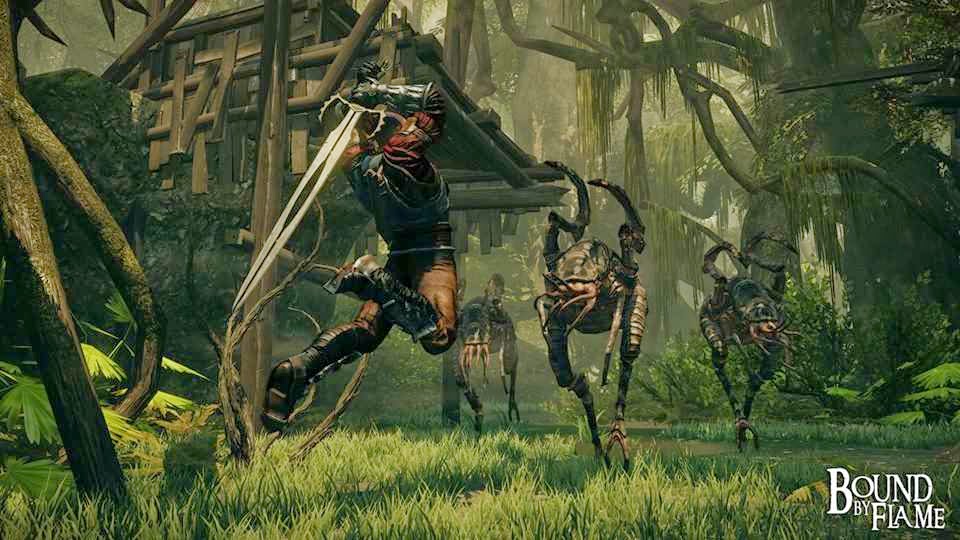 These settings are accompanied by a hauntingly melancholic soundtrack that plays in the background, and despite being tiny and sparsely populated, these “safe” areas are hotbeds of political intrigue, betrayal, and internal conflict. It’s a dirge of a game, and while the developers are careful to ensure that players always know that the fight against the odds will ultimately result in success, there are some blatant criticisms on the nature of humanity that the game presents in the process.

The generally uncomfortable setting is reinforced by the twisting, claustrophobic design of environments. Areas are very rarely open; rather characters explore forests in which trees form enclosed corridors, or cities where rubble conveniently breaks the action into small rooms and corridors. The consequence of this approach to level design is that the experience never feels epic. We’re told that the undead army that our character is fighting against is vast and undefeatable… but when we start playing the game we’re fighting small groups of a handful of enemy soldiers.

The benefit to this design (which admittedly was likely due to budgetary constraints making large environments a challenge to render) is that claustrophobia sets in and coupled with the stories of desperation that we hear at every turn, Bound by Flame feels like quite a grim adventure. Because it is so brutally focused on a theme of insurmountable odds – both from external enemies and my own allies – I found long play sessions to be tiring and this is worsened by sheer difficulty spikes making the game quite stressful to play at times. But at the same time because the narrative is so focused I was able to look past the inconsistent writing and horrible voice acting and appreciate its themes for the strong story of humanity, its faults and virtues alike, that the game’s writers wanted to convey. 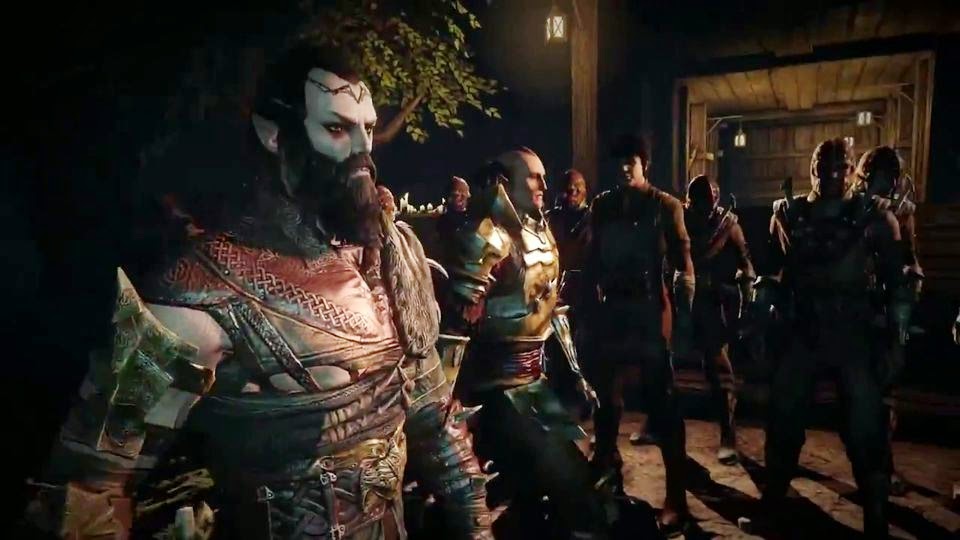 The gameplay itself is by far Spiders’ most refined work, with an action system that puts heavy emphasis on the timing of dodges and parries in conflicts involving just a couple of fighters at a time. Each new enemy requires a new strategy to defeat, and the developers have done a good job in keeping new enemies coming at the players throughout the game’s relatively short play time. There’s a visceral sensation of weight behind the weapon swings, and a satisfactory sensation of victory when an enemy goes down. Bound by Flame is very much a western RPG, and focused on brutal, violent combat rather than the graceful action of its JRPG counterparts, but it is good fun. There are limited skill trees, and by about level 25 it stops feeling like there is any reason to spend time upgrading it at all, as you will have already figured out effective strategies that will handle any kind of conflict.

Between the main story missions there are some side quests that can be completed, though the rewards that come out of completing them never feel adequate, and as a consequence of the narrative structure you’re never likely to like the characters enough to want to help them out. There’s also the ability to have the lead character “seduce” other important characters, but because none of the characters spend enough time or have enough meaningful dialogues with the main character to make these romances feel genuine, it comes across as a juvenile attempt to emulate Mass Effect or Dragon Age’s romance system.

Ultimately it pains me to say this, but Bound by Flame is B-Grade. I hate calling it that as it means people are going to immediately assume that by saying so I’m saying it’s inferior, but that’s not the case at all. The game is constrained by budget and underproduced so there are technical and visionary flaws in the game, and it’s disappointing that Spiders decided to stay on the safe side of narrative boundary pushing for the first time in its existence. But an enjoyable theme and combat system is just enough to make Bound by Flame addictive enough that it succeeded in holding my attention from start to finish.