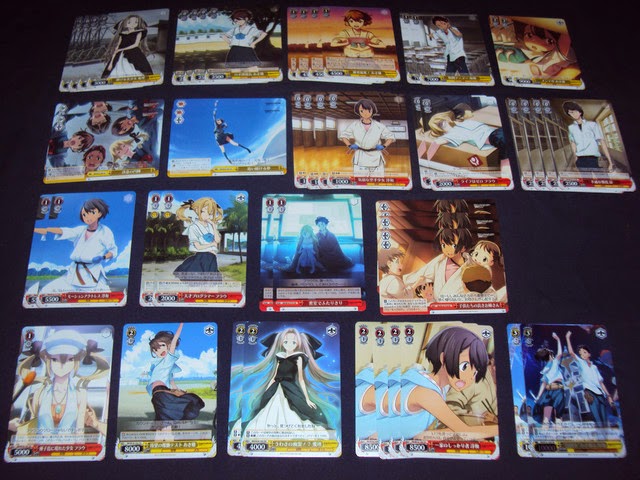 There was some big news in the world of Weiss Schwarz recently, with the publisher (Bushiroad) announcing that cards based on Attack on Titan will be added in to the collection.

That might not mean anything to you if you’ve never heard of Weiss Schwarz, of course. So let’s back up a bit and start there; Weiss Schwarz is a collectible card game, a little like Magic: the Gathering or Yu-Gi-Oh!, but the big difference here is that the cards in the game are all based on the popular anime, Japanese games, and manga out there in the world (the card game itself is fully translated into English, to mention at the outset).

And there are a lot of different anime represented now – an intimidatingly long list, in fact. From Robotics;Notes to Vividred Operation and Puella Magi Madoka Magica, and then on to Disgaea, Nisemonogatari and Hatsune Miku and her vocaloid buddies. They’re all there. And soon, Attack on Titan itself. 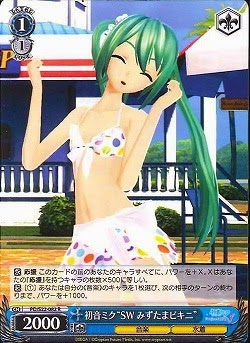 It probably goes without saying that it was because of the Hatsune Miku cards that I discovered the game, and already I’ve splashed out more than I probably should on other cards. And it doesn’t help my wallet that the cards themselves are very collectible. Made of good card stock with full colour art, if you’re a fan of the respective series’ you’ll want to have copies of the cards solely for your collections. As a Miku fan it’s been great building up a collection and then building a favourite deck out of those cards.

But it’s also a remarkably easy card game to learn how to play, and that makes it worthwhile for people who like card games as well. Matches play out nice and fast once you’ve learned the rules, and learning those rules only takes a couple of plays through. As a consequence of that simplicity, it’s probably not the most competitive game out there and is better suited for more casual card game fans – a good way to while away a lazy Sunday afternoon with a friend or spouse, in other words. But with the kind of art and theme that is displayed on these cards, that was always going to be the case.

The best thing about the game is that the cards, rules and style of play all does justice to the respective franchise. Somehow – and I’m not sure how this works – Weiss Schwarz does all of its franchises justice. 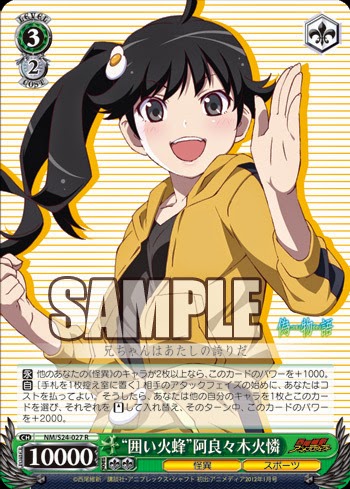 The only downside to the way this card game works is that it would be a nightmare to turn into an iPad or online app to compete with the likes of Hearthstone or Might & Magic: Duel of Champions. There would be so many licenses to juggle, and no doubt Bushiroad would be leery of producing an app with an unlicensed franchise missing and risk upsetting fans of that particular franchise. So I strongly suspect that the only way you’ll get to play what I like to call the Miku card game online is through unofficial apps. Then again, some of the fan made stuff looks fine to me!

But if you are a) a collector or fan of anime, or b) have a friend or two around that might like to play a card game based on anime characters then I’d strongly recommend picking up a couple of decks of this game. Assuming, of course, you’re prepared to have your wallet hit after picking up a new addiction.