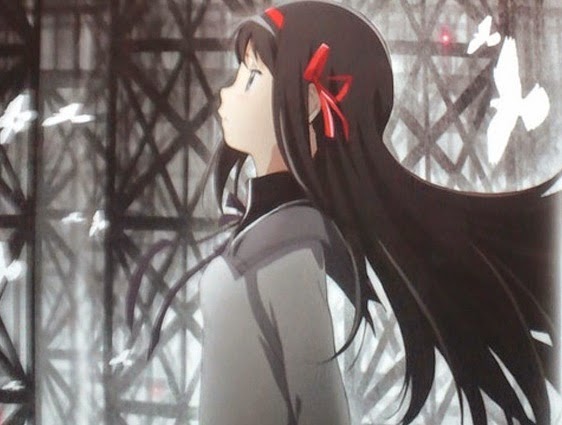 Puella Magi Madoka Magica’s greatest asset is its aesthetics. This is a story about the battle between good and evil (as played out between magical girls (good) and witches (evil)), with the witches inhabiting special extra-dimensional “labyrinths,” and these labyrinths are so insanely surreal that they’re like Alice in Wonderland gone horribly, horribly wrong. These labyrinths are so palpably claustrophobic and evil that there is some genuine impact in realising that it’s a couple of schoolgirls that are trying to single-handedly take on these entire dimensions that are out to get them. That’s Madoka Magica’s weapon for hooking you in.
Elsewhere, the anime seems determined to make its viewers as miserable as possible. What initially appears to be a fairly standard kind of chuunibyou story (school kids acquire special, unique powers that mean they are uniquely capable of achieving inhuman things) quickly reveals itself to be something far more nasty. Mortality and sacrifice are both key themes, coupled with the desires of the individual when compared to the needs of the whole. The anime’s witches use their powers to bend the minds of humans to commit selfish acts, such as suicide, while the magical girls, should they allow their souls to darken out of personal desire, become witches themselves. It’s a very Christian understanding of morality, with angels and demons being replaced by something more anime friendly. 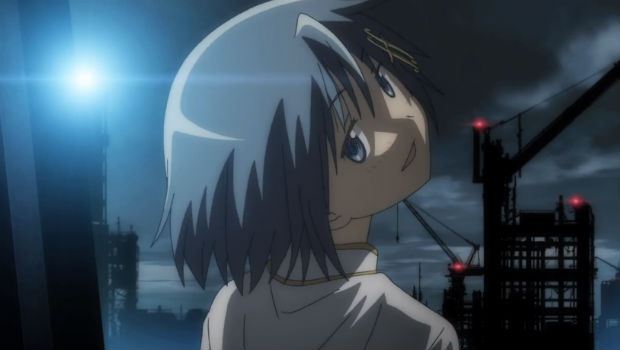 Because this is a movie (spread across two discs) as opposed to a longer anime series, the pacing of Madoka Magica is snappy enough, though it does feel more like an extended episode of a standard anime than a proper animated film like what Studio Ghibli would produce. The quality of the art, as purely inventive as it is, isn’t quite up to standard for a feature film, either. Some interesting use of colour aside, the anime uses many of the same tricks as cheaper anime series, with long pauses with no animation to chew up time, and highly static backgrounds to save on animation effects. It’s only in the witches’ labyrinths that there is an explosion of energy and movement.

The voice acting is uneven across both the Japanese and English dub, with some key characters coming across as more irritating than they should be thanks to the voice acting. This also leads to some odd moments of characterisation. I assume by the dialogue of the animal-like thing that awakens the power of the magical girls, Kyubey, that it is meant to be a benevolent benefactor, but it’s difficult to shake the impression that it might be the most sinister thing in the entire anime, and I have narrowed that impression down to the fact that the character and the voice actor simply don’t gel as well as they probably should.

Without getting into spoiler territory, there’s also a time travel plot strand that’s thrown into the movie, and handled terribly. If you are going to make time travel a part of a story, then you need to make it the focus of the story and actively explore the many paradoxes that time travel story lines throw up. If you’re throwing it into a script for the sake of convenience, to make the other jigsaw puzzles fit, then the inevitable effect is that it’s a narrative strand that is both contrived and juvenile. 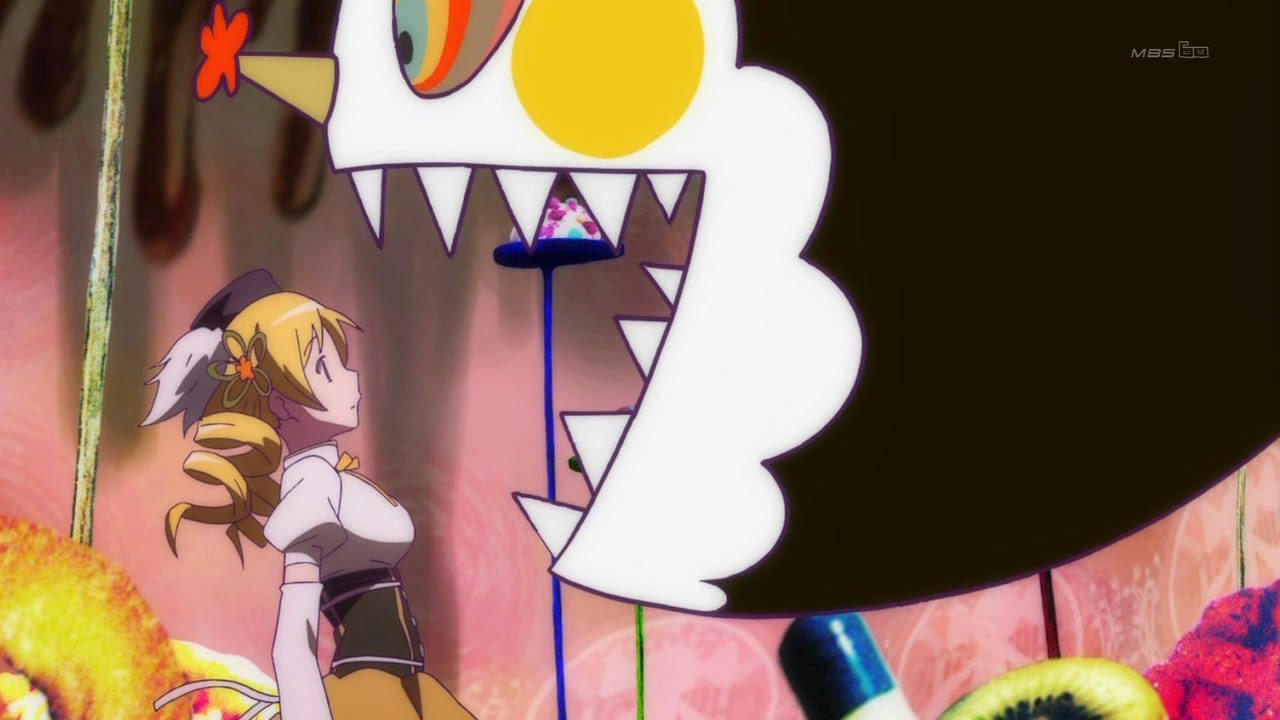 And that’s a pity because for the most part, the script of Madoka Magica is fairly straightforward, but quite mature. The characters are a well designed group and there’s enough narrative twists and turns to keep you on your feet throughout.

The Blu-Ray transfer of the film looks gorgeous, and while there aren’t many additional features (the highlight being a trailer for the next film, Rebellion), there are both English and Japanese voice tracks for people to choose between. There’s also a small, but nicely illustrated art booklet in the Blu-Ray box set, which fans will appreciate as a bonus for going out of their way to buy a physical box edition.

Puella Magi Madoka Magica: The Movie is almost worthwhile solely because of the nightmarish visions that form its witches’ labyrinths. For sheer creative power it’s hard to imagine any other anime that does that kind of thing better. It’s also supported ably (albeit not supremely) by interesting characters and a plot that is nowhere near as chipper as it initially appears.

Check out the trailer for the upcoming new Final Fantasy XIV: ARR patch 2.5