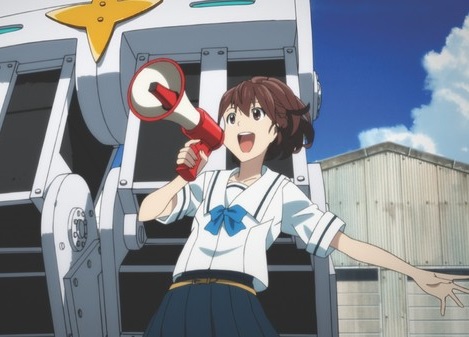 Robotics;Notes goes weird places halfway through its first season. It’s almost like some anime company noticed that the slice of life genre is popular, and decided to trick people into thinking this anime is also an example of slice of life, only to swap over to an advertising showreel of a bunch of other anime styles midway through.

There’s a dash of horror when there’s an episode which focuses on a ghost story. There’s a dash of crime fiction and a murder mystery. There’s some kind of weird political sub-plot. The first five or so episodes of Robotics;Notes plays out very… nice, but then every episode thenafter is impossible to predict. It’s a weird kind of delightful as a result, but it is delightful.

That is, when you get past the fact that the main male character, Kaito Yashido, is an obnoxious jerk. This is a guy who can’t look up from his video game for five minutes to help out his best friend, Akiho Senomiya, when she asks for the most simple of favours. Because he has to be a slice of life-style hero, Kaito always ends up doing right by Akiho, but his perennially disinterested and reluctant attitude took less than a single episode to irritate me, and it doesn’t get better from there. 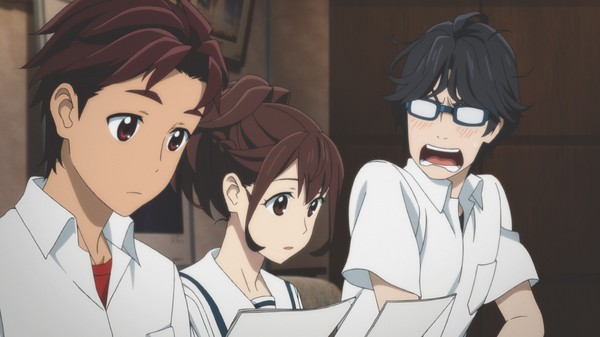 Akiho, meanwhile, is adorable. The real energy to the show, she’s the perfect foil for Kaito; cheerful, positive, and determined. We’re first introduced to Akiho singlehandedly spearheading an attempt to prevent her beloved robot-building club from being shut down by achieving the impossible, and it is very difficult not to instantly sympathise with her.

Other characters come and go, but Akiho and Kaito are the main two in Robotics;Notes, and it really does feel like one is trying to overcompensate for the energy that the other brings to the table. In terms of creating some kind of narrative tension within the story it works, but when half the screentime is dedicated to someone so abscent of any kind of personality, it’s easy to imagine that Robotics;Notes would have been far better off without him.

As the anime starts to delve into weirder places, the characterisation unsurprisingly starts to suffer, and what kicks of as an enjoyable character drama starts to lose its charm. However, bright, charming visual style and solid performances help keep interest right through to the end. 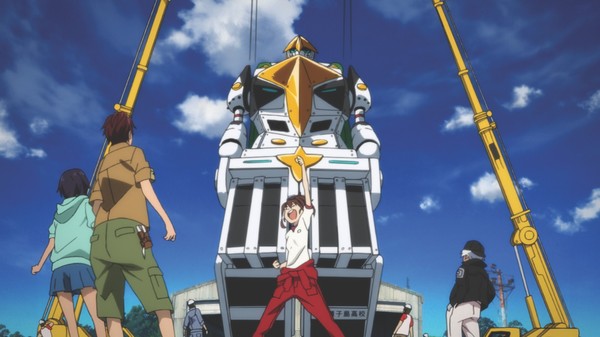 There’s also some interesting pacing in Robotics;Notes, which is perhaps a result of the anime’s uncommon genesis; before it was an anime, Robotics;Notes was a visual novel, published by 5pb. A game’s pacing – even a visual novel – is substantially different to what you’d experience when reading a manga or book. And so, this anime doesn’t flow in the same way as most other anime. I write this not as a criticism, but rather a note of curiosity for a very curious anime.

I don’t think I’ll forget this one in a hurry. Robotics;Notes is lucky that it has such a strong female lead in Akiho, and the way it bounces around plotlines is just odd, but it’s also memorable, and quite difficult to put down… not least because it’s impossible to guess what’s going to happen next.

Now, for the DVD quality itself; the image quality doesn’t seem quite as high as I’ve seen in other anime DVD releases. It’s not enough to be distracting, but it’s noticeable, and disappointing because the art style is so strong. The extras are decent without being spectacular – interviews, commentaries and trailers.

Review: Atelier Rorona Plus: The Alchemist of Arland (PlayStation Vita)