Review by Matt S.
I was a big fan of the opening opus of Attack on Titan. Underneath its highly-refined popular anime art style and pacing was a series that offered something substantially more, beyond action sequences and filler between more action sequences. It still revelled in its violence, and its willingness to kill off seemingly important characters, but it also painted a bleak picture of humanity and the future of it. It asked some remarkably complex questions of its audience, and it was the better for all that.
The second collection (which comprises the second half of the first season) takes a slight step back to something a little more generic, making me worry that perhaps the creators are already running short on ideas. The core narrative arc involves human soldiers leaving the safety of their enclosures to take on the titans head-on, so a greater level of action was to be expected, but equally these particular episodes exhibit the same obsession with escalation that many lesser anime are so focused on. A running theme through the second collection is earning greater power to take down more powerful enemy monster things, and every generic popular anime makes a big deal of this structure. This was a backgrounded theme in the first collection, but it takes a more forward role this time around, and it’s the lesser for it. 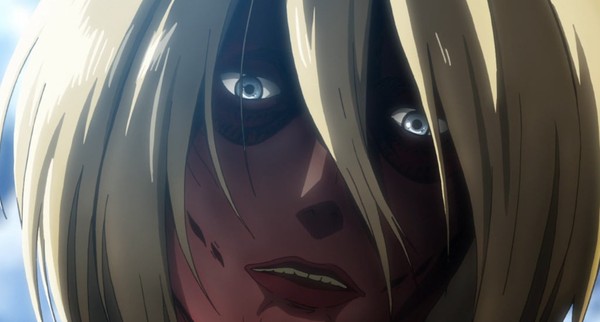 Equally, where the folk behind the anime were happy to channel Game of Thrones and kill off what should have been important characters in the first half of the season, this time around there was a little too much effort that went into preserving “named” characters. There’s still plenty of death and dismemberment, but the sheer shock value of seeing an important character killed is greatly reduced. And as such, it becomes easier to predict where Attack on Titan is going, and this is the kind of show that really needs to be unpredictable for its own good.

With all that being said, this is still leagues ahead of its rivals. The presentation and voice acting are both beyond peer, and this helps connect us with the characters because they’re both believable and aesthetically intriguing. Furthermore, while I have the aforementioned issues with the broad narrative arcs, there are stories in here that are worth thinking about more deeply.

The most obvious of these is the bond that forms between one of the human soldiers, who has a scientific interest in the titans, and a couple of captured and imprisoned titans. Despite the savagery from the titans that leads them to try and kill her at every opportunity, this woman is keen on understanding the monsters better. Why? Perhaps to simply combat them more effectively, but it’s also strongly implied that she simply wants to understand them better, as once culture or species to another. 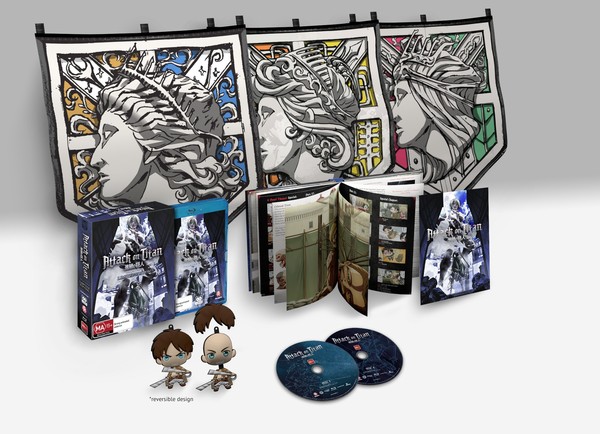 Then they’re murdered in cold blood while being restrained, this woman reacts with pain, and we in turn are meant to ask questions of humanity and its sense of vengeance, because as monstrous as the titans are, the behaviour of humans often equals it. When Attack on Titan isn’t focusing on the action and melodrama, it’s really quite effective at the moral philosophy. There’s also a greater sense that the titans do have their own sense of culture in the second collection, and while we’re not lead to quite sympathise with them yet, it’s quite obvious that over future seasons we will be encouraged to think about how enmity colours our opinions of a culture, and how that can lead to conflict.

While the second collection left me concerned with the future for Attack on Titan, and concerned that it could degenerate from the highs it kicked off on. With that said, for now it’s a gorgeous, violent and often intelligent popular anime that deserves all the success that it’s seeing.

In terms of the Blu-Ray package, it’s a superior effort from Madman. The Blu-Ray disc has additional features that the DVD version doesn’t have, and the collection box (which is a gorgeous hard box set) has pennants, an art booklet and an phone charm. It’s an essential package for fans and it’s an effort I’d like to see being done in more anime.