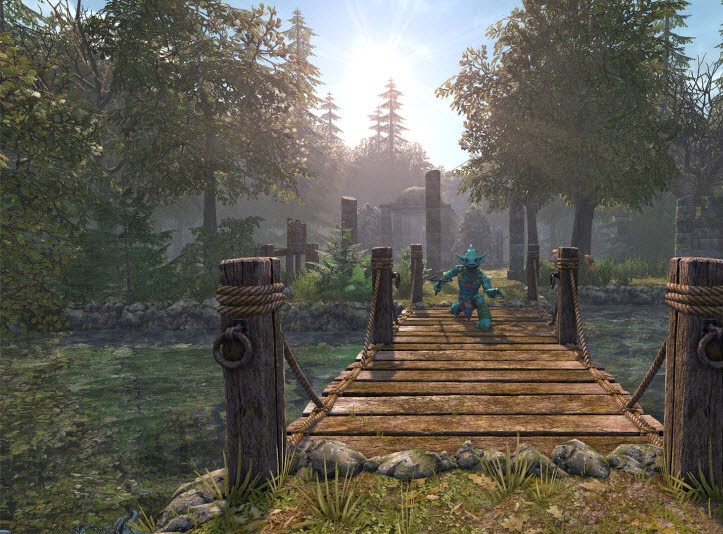 There is so very much to love about Legend of Grimrock 2, for it is dungeon crawling at its best on the PC. It mixes plenty of old school mechanics with a modernised interface to create a game that recalls what made me fall in love with RPG so many years ago, while not frustrating me with the archaic systems I used to have to battle with. And for fans of the first Legend of Grimrock, rest assured, this is how a sequel should be made. It is better and bigger than the original in almost every way.

We enjoyed the original Legend of Grimrock when we reviewed it a couple of years ago, which was why we were excited to see some screens of it earlier this year. While It’s most immediately obvious that Legend of Grimrock 2 is a pretty game, that’s not while you’ll keep coming back to it, as there is a great deal more to it, in solving surprisingly complex puzzles and fighting nuanced battles with a wide range of enemies.

Too many dungeon crawling games are content to spend all of their time in dark, dank dungeons. That’s where they get their name from, after all, and such an approach works, which is why I still enjoy them. Legend of Grimrock 2 does a better job for my mind in getting players out of the dark from time to time. As with many other modern crawlers, such as Might & Magic X and Malevolence, this game is as much about the journey between the subterranean caverns as it is the delve itself, and this variety carries over to the expanded roster of enemy creatures and how the puzzles are presented as well. However, as a consequence of the increased variety, perhaps, I did find that some of the puzzles were too vague for their own good, and these bordered on frustrating. 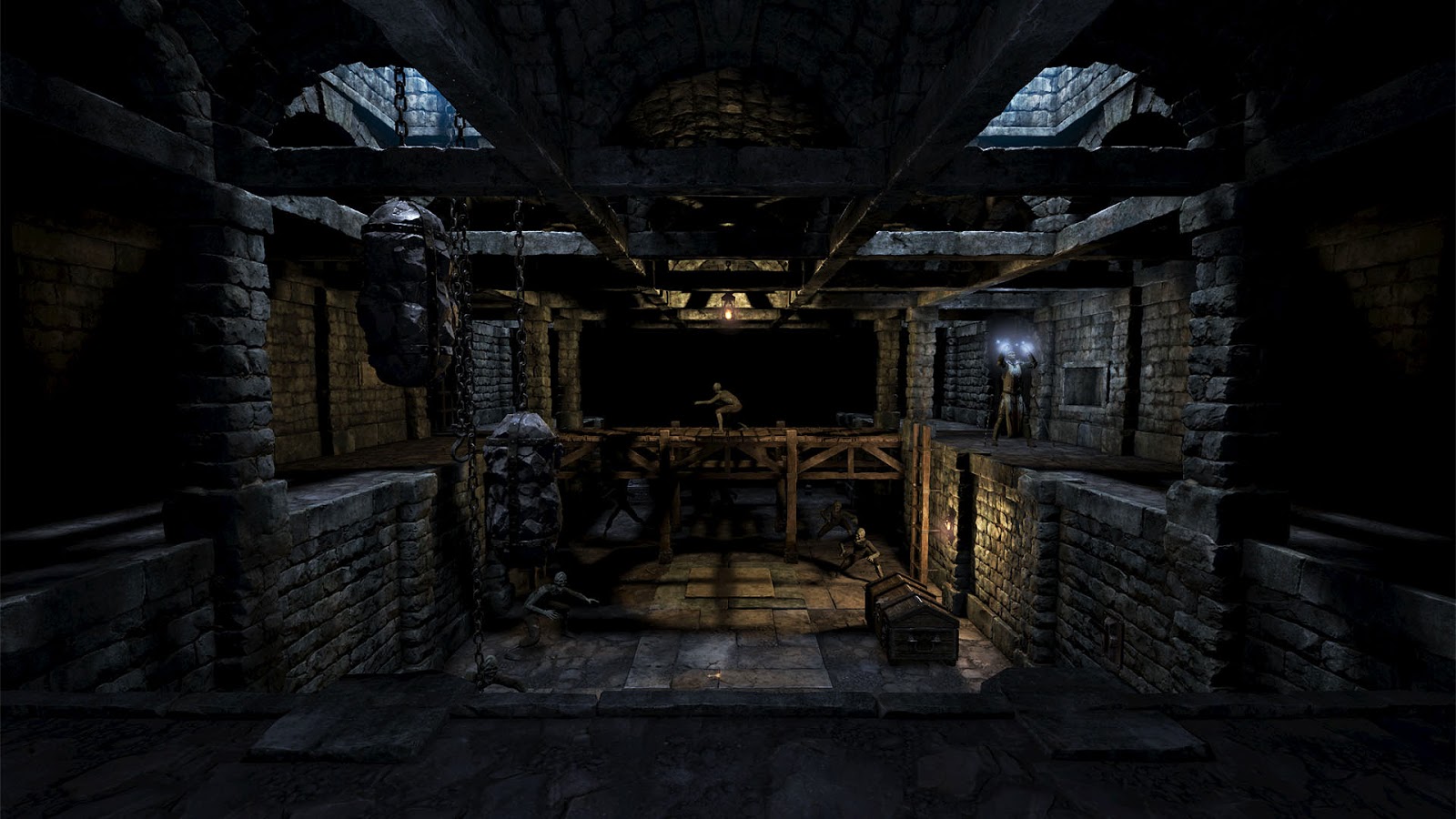 Objectives are clearly explained to the player, so if you’re keen on simply pushing through the main storyline, it’s going to be easy to stay on track. Playing this way is a still a meaty experience at about two dozen hours from go to woe. I do recommend players wander off the beaten path to properly explore the world, however. With highly creative level design it’s impressive to see how the developers have managed to make every square inch of the world something exciting to explore, and the way that the game links areas that are quite different from one another logically is equally impressive. To many games are built in large blocks, and you know when you’re about to hit a snowy area, or a desert, and these just don’t blend well, but in Grimrock, the environment behaves much more naturalistically.

Combat is more intelligent than in the first Legend of Grimrock, with enemies much more aware of their surroundings. Unfortunately at times, that extra smarts comes at a cost; individual combat can drag on for much longer than I cared for. Enemies often have excessive numbers of hit points, and status effects occur far too often, leading to some ridiculous conflicts with even regular enemies that will make you wonder if they’ll ever finish. This does drain fun out of the experience. I know dungeon crawler fans generally like difficult games, and I’m not suggesting that this is nearly as difficult as some of its peers like Elminage Gothic, but there are less artificial ways to challenge players. 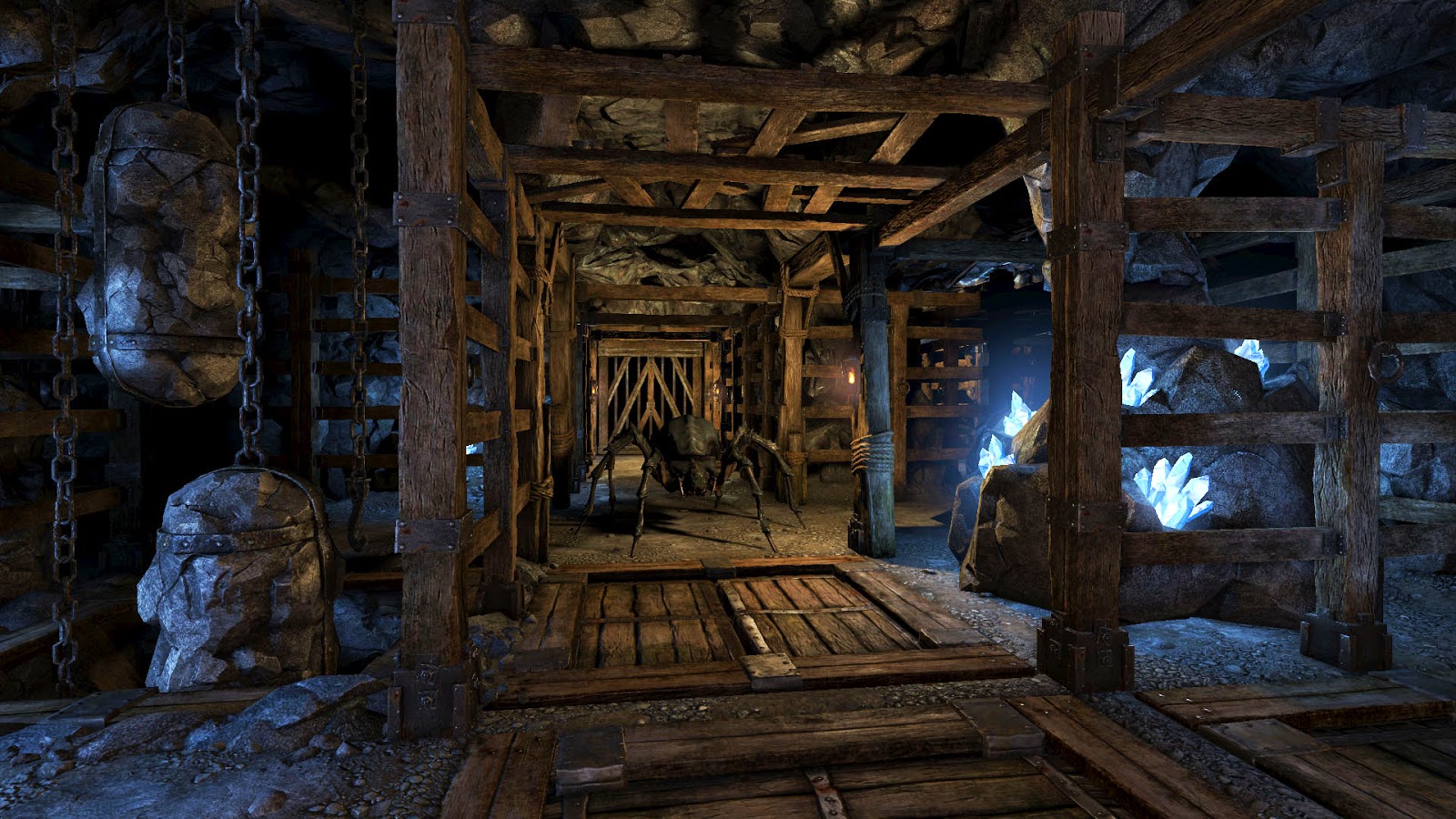 One of my favourite aspects to a game like this is the ability to create and customise my party. With eight available classes and five races, creating a party of four is a good deal of fun. However, it’s not always easy to connect to the characters you’d created because, as with most crawlers, it’s not a game with a particularly interesting narrative. The tale itself involves a party of prisoners that has found themselves shipwrecked on a beautiful but mysterious island populated with ruins, shrines and dungeons. That’s it. There’s very little personality in the characters beyond what you ascribe to them. If you are hoping for in-party banter akin to a Dragon Age game, you will likely be sorely disappointed. In fact in many ways, Grimrock 2 is a very quiet game, because while the music that is there is enjoyable, it is all very subtle. Any connection that you have to the game is going to be a very cerebral one, and likely based in nostalgia for the genre greats such as Wizardry.

One major, incredible addition to Legend of Grimrock 2 that its predecessor lacked is its dungeon editor. It works well, allowing the zones to be filled with plenty of items, monsters and more. I have always enjoyed these ‘maker modes’ dating back to entirely too many hours spent on Neverwinter Nights and its old online community, and I hope to see this community supporting this game with custom dungeons into the future, because it does add loads to the game’s value. I think it will. Grimrock has a small community, but it’s a dedicated one.

If you enjoyed the original Legend of Grimrock, odds are you will feel right at home here. It is bigger, more polished and provides greater variety than its predecessor. Newcomers to the dungeon crawling genre might find the learning curve somewhat steep, as is usually the case for these types of games. It’s also disappointing that the game doesn’t do much to push the genre when there are ambitious projects like Malevolence out there, but Legend of Grimrock 2 is a nice, safe, purchase for the dungeon crawler tragics.

Review: Lords of the Fallen (Microsoft Xbox One)