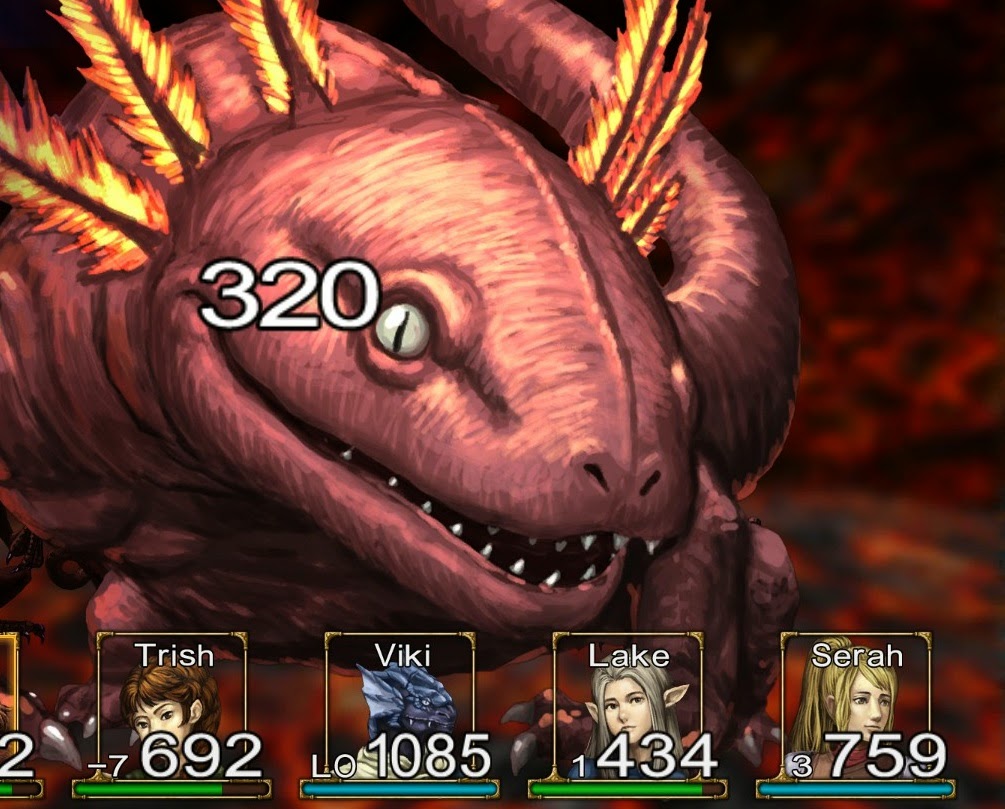 I like a good, classic, dungeon crawler, and thanks to the wonders of Steam, my laptop has a bunch of ’em sitting on it. From the original Wizardry games through to innovative indies doing spectacular things with the genre with titles such as Legend of Grimrock, Malevolence and Paper Sorcerer, whenever I’m in the mood for a classic crawler, I’m pretty covered for the genre.

Elminage Gothic is a classic dungeon crawler that’s part of a fairly long-running franchise that has had a patchy history with being localised. Developed by Starfish HD, these games are slavishly committed to the classic Wizardry formula. The west receieved a port of Elminage Orignal on the PSP courtesy of UFO Interactive a few years back, and now veteran localisation outfit, Ghostlight, has also given the franchise a crack with Elminate Gothic. Rather than do a straight-up port of the PSP title, however, Ghostlight instead decided to rebuild the game for the PC.

The decision makes sense from the business perspective. The PSP is all-but forgotten in the west and PSP games wouldn’t go down especially well on the Vita. The PC, meanwhile, has a large user base and this is the kind of hardcore game that ought to find an audience. 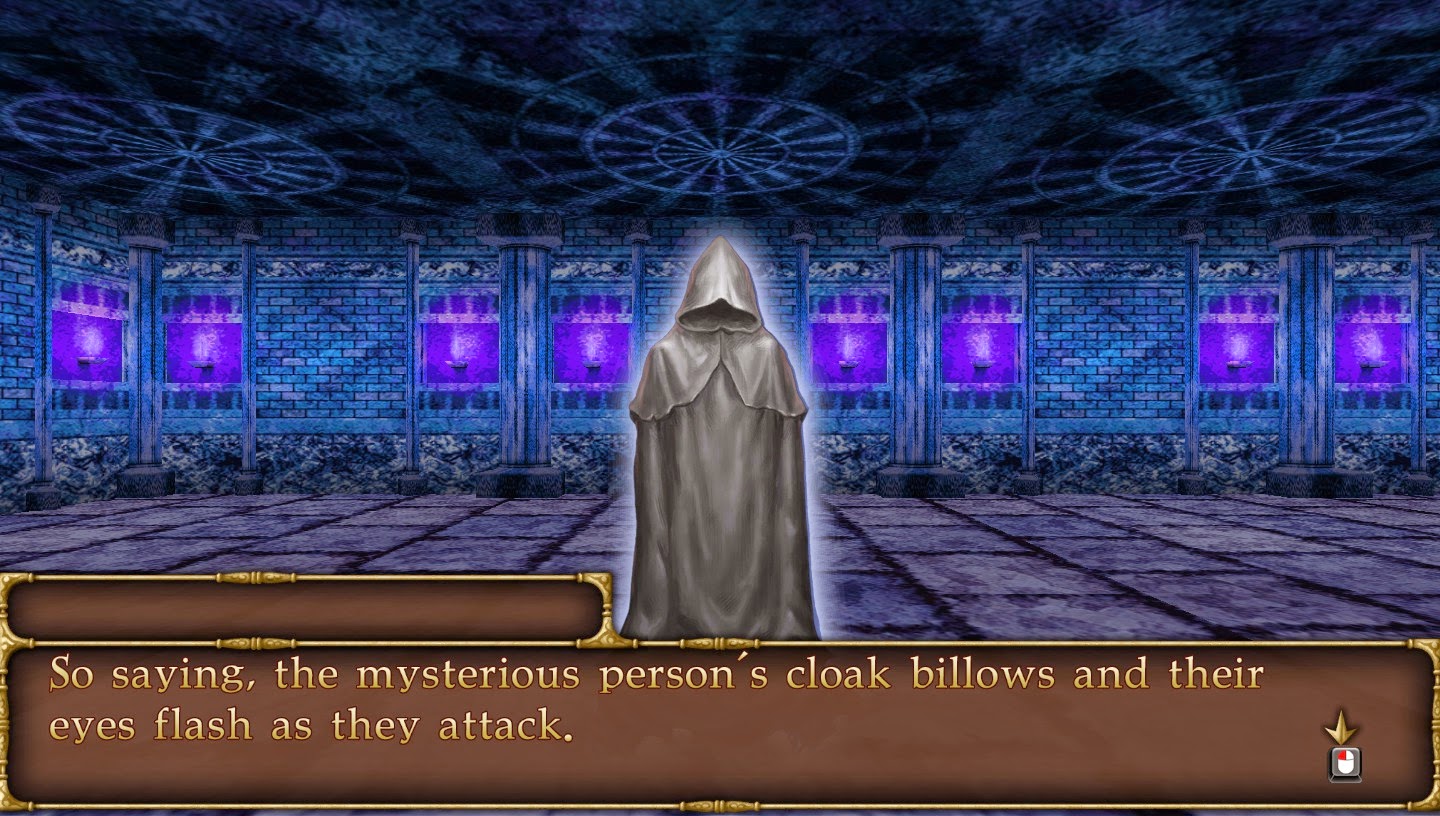 But there are issues that pop up almost immediately in Elminage Gothic. In terms of presentation, it is clear from the outset that the game was designed for a portable console. The level of detail in environments and character design is minimal, because any such detail would have been wasted on a small screen where players wouldn’t have noticed it. Even were it not a PSP game originally, it’s clear that Elminage Gothic was a budget production. Sitting this side-by-side with the gorgeous Demon Gaze, for instance, reveals cheap character models, basic enemy design, and a plot that is hardly worth paying attention to. The dungeon crawler genre is one where fans often enjoy games that adopt the retro aesthetic, but Elminage Gothic is neither modern or retro, it’s just cheap.

Any initial resistance that you might have to the game based on its presentation will be entrenched further by the interface, which is horrible. Elminage is the kind of game to bury menus within menus within menus, and seems to delight in making it irritating to even compare basic information on a sword you’d like to buy for one of your heroes to the one that he/ she is already carrying. As I played on through the game I found it far more convenient to simply keep a notebook tracking all of my character’s inventories and equipment then wade through these menus, and then make sheets of grid paper to draw maps on. To a certain extent I actually got a kick out of this as it was a throwback to pen-and-paper RPG gaming, and was something that I also needed to do with old SSI Gold Box RPGs of my childhood. But that’s nostalgia speaking – good game design, even when it’s trying to tap into nostalgia, does so in a way that isn’t throwing counter intuitive menus at players in the process, and the Etrian Odyssey series has proven that developers can merge the two well.

The end effect of all of this is that the first couple of hours in Elminage Gothic are not entirely pleasant. With little prospect of the threadbare plot getting any better (and the knowledge that plot isn’t exactly the focus of the dungeon crawler genre), it’s easy to guess that most players will give up on this one before getting through the initial teething pain. And that’s a pity, really, because as it goes on Elminage Gothic starts to be fun. Not world-changing. Not an argument for games as art. Not a blockbuster to rival Call of Duty. But never the less this game offers genuine fun to the dedicated. 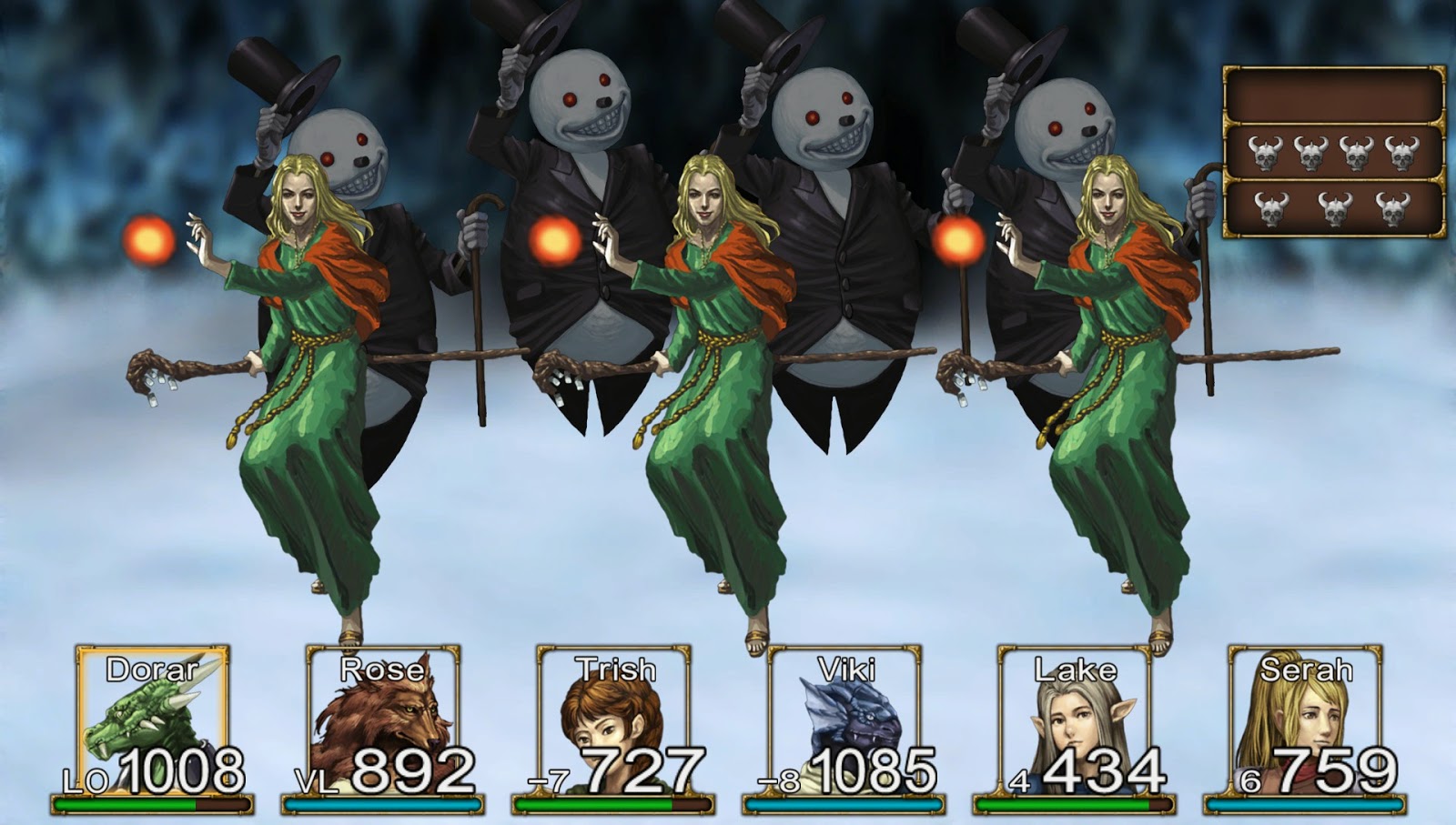 In terms of mechanics, Elminage Gothic gets all the basics right and provides for a quality dungeon crawler. Players will need to create a team that is balanced between frontline fighters, thieves (for dealing with inevitable traps in treasure chests, if nothing else), healers and magic users. The game’s character classes are all well balanced, and while the ideal party will look and play a little too familiarly for anyone who has grown up on Wizardry, it is nonetheless good fun to tweak a team and its skills to deal with the tough challenges the game likes to throw at players.

Enemies are tough not only because of their individual strength, but the sheer numbers that they attack in. Encounters commonly involve row after row of a horde of enemies, and while this does mean that encounters can drag on for longer than many will be used to, the flip side to that particular coin is that each encounter is a suitably epic one, requiring players to remain aware and not simply rely on passive auto-spam attacks to get through on the way to a boss. With dungeon environments being generally uninteresting to explore, the combat needed to keep players awake in order for the game to have any kind of value, and it does succeed in this regard.

There’s also some neat touches for the nostalgic to go with the painful ones I mentioned before. If you recognise the abbreviation ‘THAC0’ then you’ll know why it’s cool that it’s included in Elminage Gothic. If you don’t recognise it then it’s a statistic that’s initially going to confound you, but then we just finished pointing how uninviting this game is for people who aren’t the target of games that base themselves in nostalgia. And the raw length of the game – you’re looking at between 70-90 hours for the main adventure – guarantees value for anyone who can push through the start and reach the point where they’ve fallen into rhythm with the game and are enjoying themselves. 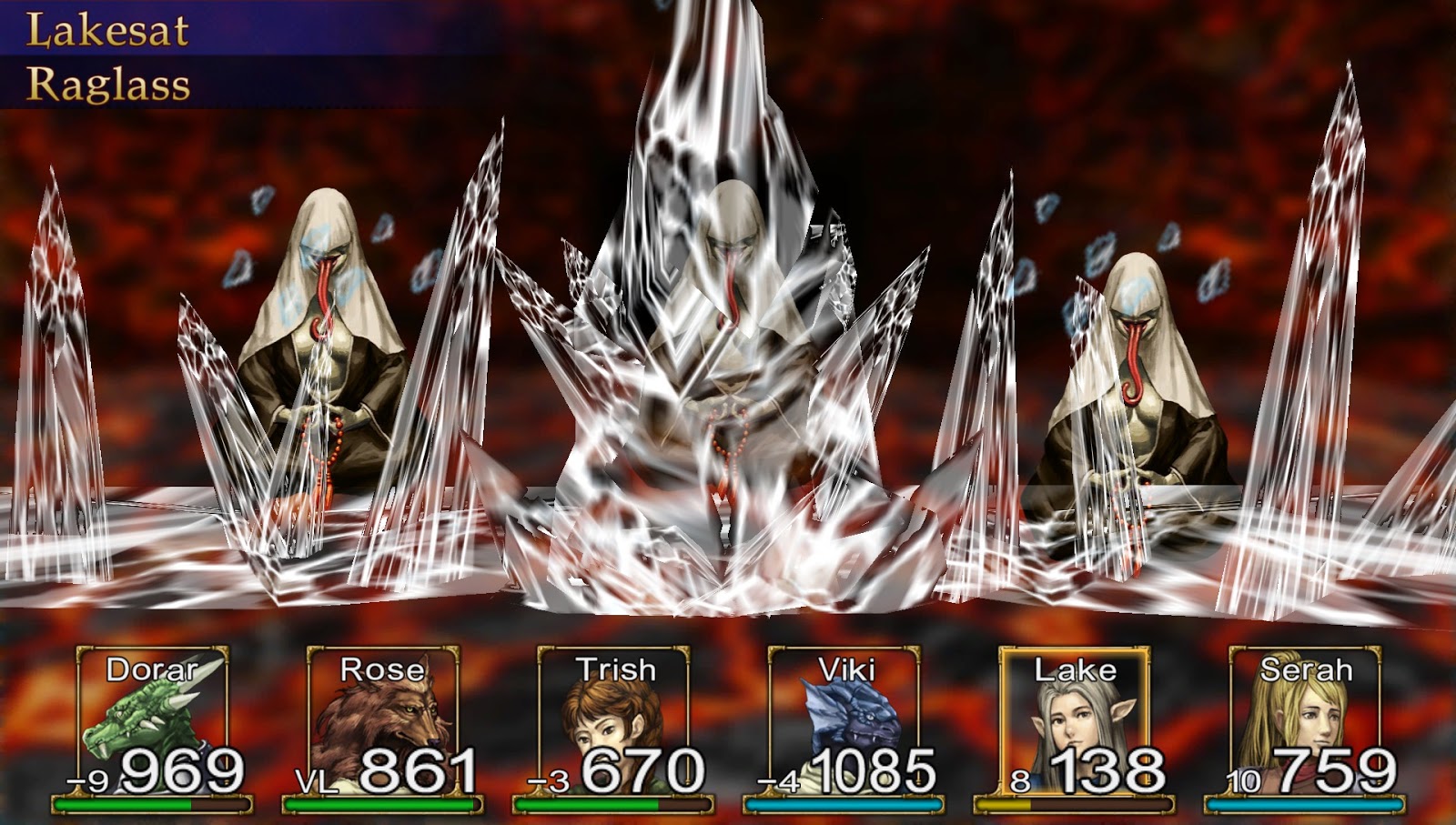 I don’t want to be too harsh on Elminage Gothic. It’s a genuinely entertaining game and Ghostlight deserves credit for not only bringing the game to the west, but going beyond to localising a game we hadn’t previously had the chance to play by taking it from a dead platform to one we still want to use. If you’re a fan of old-school Wizardry, and don’t mind delving into the B-grade of the genre, then like me you’ll get a kick out of this even as you grumble about its faults.