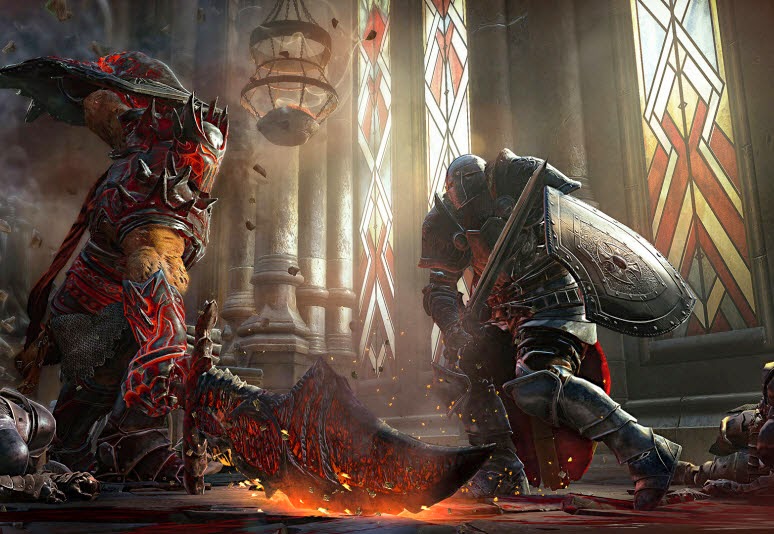 It takes very little time to figure out what inspired Lords of the Fallen (it’s Dark Souls). However, there is a fine line between imitation being a form of flattery or simply aping another game’s successful design without understanding really what made the original such a hit. The good news is that while Lords of the Fallen definitely takes a good number of cues from the Souls games, it has enough of its own ideas to stand on its own as a perfectly acceptable game.

I absolutely loved Demon’s Souls when it came out years ago for the PlayStation 3, and while Dark Souls did not hook me the way its spiritual predecessor had, Dark Souls 2 has been one of my favourite games of 2014. The atmosphere of Lords of the Fallen is very similar to these games, and anyone who has played a Souls game will probably feel that familiarity right out of the gates. But it’s also different. Lords of the Fallen has a more structured narrative to it, spelling itself out far more clearly to the audience that the Souls’ love of wrapping meaning behind a veil of fog. Some people will prefer this, because while the story is not the most riveting I have ever participated in, it does behave like a fully crafted fantasy world. People who liked puzzling through the meaning and uncovering the rich-but-not-obvious narrative of the Souls games will be very disappointed by this, however.

Players take on the role of Harkyn, a man whose backstory could also have been further explored and has the potential to be quite interesting. However, Harkyn’s current tale is in the here and now. You learn early on that he was a marked man, a criminal who was freed from prison because it was believed that he and others like him might be the keys to the survival of everyone. Harkyn continues to prove himself a wise if gruff risk on the part of those who set him free, as he doesn’t take long to become every bit as powerful as those he’s fighting against. 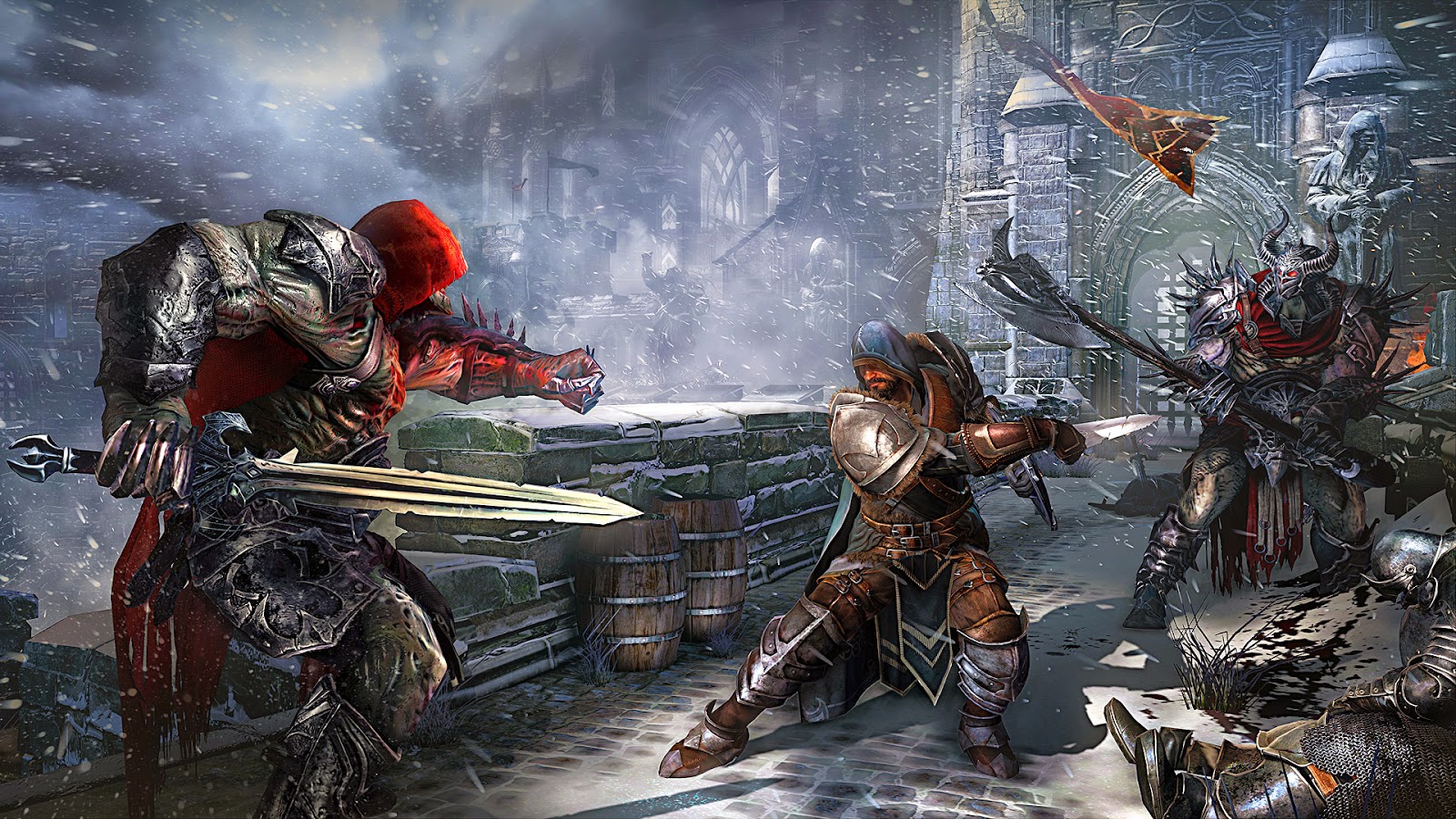 There are opportunities to interact with characters and even make some moral choices (such as to spare a man’s infected arm or to remove it in order to save his life). Some of these choices seem to make very little difference early in the game, though there is some pay off at the end when the storyline is tidied up. While the moral choices are not generally as significant as you’d face in a game like Mass Effect, they are just stimulating and ambiguous enough to encourage players to pause before making them.

The combat behaves like an arcade take on the Souls games, or a hybrid between them and Darksiders, if you prefer. There is a lock-on mechanic, rolling, blocking and swinging as Harkyn navigates enemy-filled passages and tries to unlock secrets along the way. Upon dying (and Harkyn will die), he has to reach his body in order to pick up his experience (which is the game’s currency, much like souls in the Souls titles). While this gameplay mechanic will feel familiar, there are a couple of new wrinkles thrown in. The first is that when Harkyn dies, the pool of experience he leaves behind starts decaying – so the faster he reaches it the better. Take too long, and there will be nothing left.

The other twist is how the experience can be earned with an interesting risk/reward proposition. There are magical stones, much like the bonfires in Dark Souls, that allow Harkyn to get his strength back and refill his healing potions. They serve as checkpoints for starting and stopping the game as well. These points also let you spend that experience on stats and so on. However, should Harkyn choose to press on without healing and spending experience, he gains modifiers to how much is earned. Early on he might only earn 1.02 of the experience he might have otherwise, which is an insubstantial boost. However, I likes pushing Harkyn to his limits and there was a lot to be said about knowing that I was pulling in 1.9 times the experience per kill. 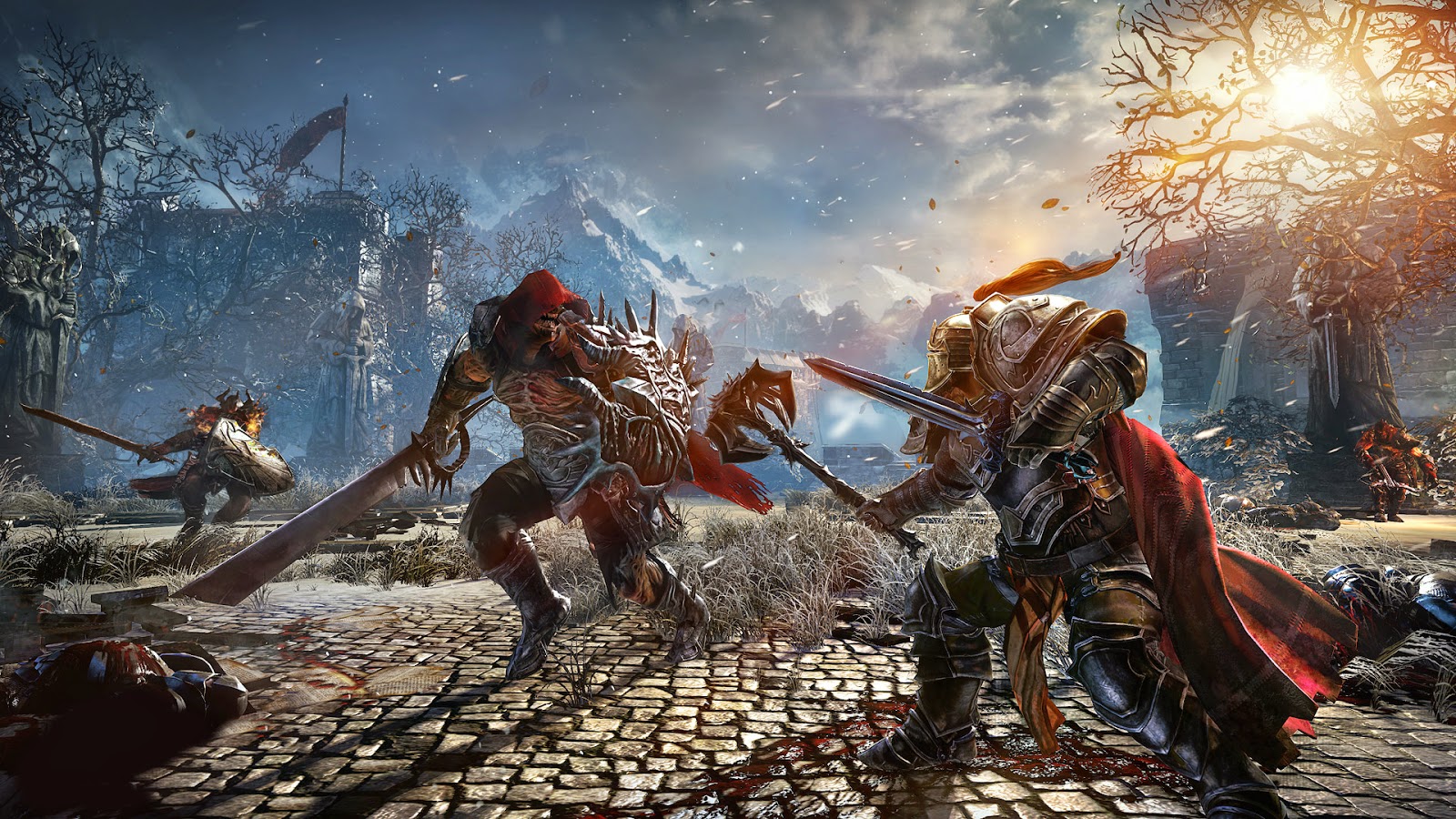 Despite all this Lords of the Fallen is not as sadistically brutal as the Souls games. It is challenging to be sure, but the checkpoints are more frequent and the enemy difficulty as a whole less merciless. There is even an item (though they do come in small numbers) that allow you to automatically retrieve Harkyn’s ghost and experience points, just in case you lost them in an especially difficult area, allowing you to retreat to somewhere more manageable.

While the combat is similar yet faster and the narrative more structured (Harkyn is your protagonist no matter what. He can choose from one of three classes, which defines his starting gear, stats and which four spells he can learn), there are more notable differences from the Souls games as well. The art aesthetic is very different. While both games love their shadowy corridors, Lords of the Fallen makes use of more vibrant colours and warmer lights. The game is actually very pretty to look at, though the engine sometimes struggles to keep up with the ambition. Between the particle effects, lighting, moving shadows, high detail with lots of movement there are times when the framerate dips on the Xbox One version of this game.

The other major difference between Lords of the Fallen and the Souls games is how much of a power curve Harkyn experiences. Both are RPGs, so it’s possible to grind up experience in order to be better capable of handling the game’s later challenges. However, I seldom ever felt overpowered in the Souls games, but here Harkyn is a raging force by the time the game concludes. For those looking to extend the challenge, there is a new game plus that certainly does the job. Harkyn can then choose another of the three primary classes, giving him access to another set of abilities and giving him even more capability. 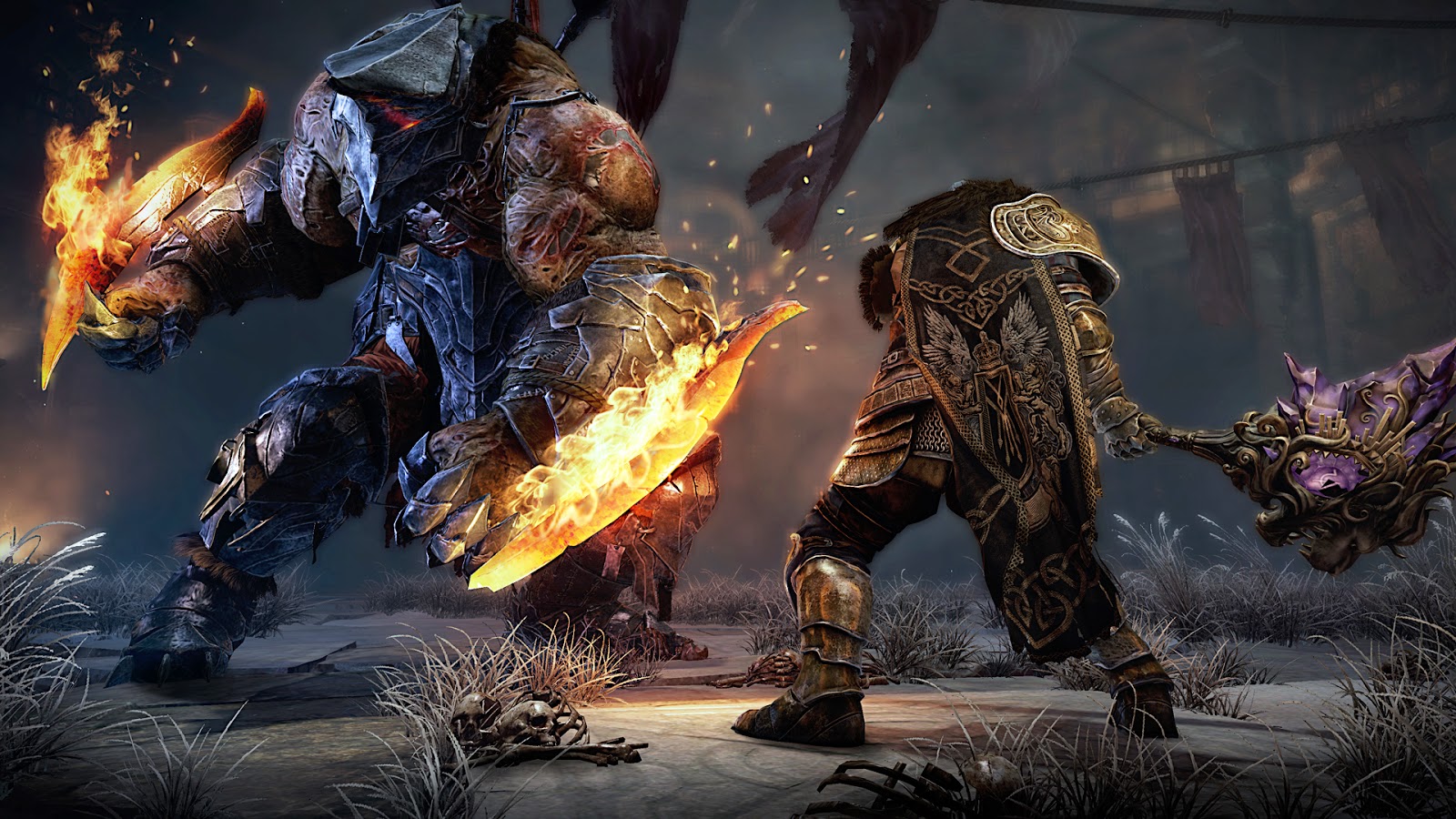 Exploration is a lot of fun in Lords of the Fallen. The labyrinthine layout of many of the stages is a callback to Demon’s Souls, which was undoubtedly the best designed of those games from a level design perspective. There is plenty of environment to be travelled, but finding short cuts later in the game that let players access earlier areas is a craft way to crib from From Software. There is also a ton of loot to be had for those with the Diablo mindset. While the game only takes about eighteen to twenty hours to beat, the loot comes at such a rate that it’s hard not to be hooked from the start.

The rune system also is worth mentioning. When runes are found, they are obscure (like finding a magical item in Dungeons & Dragons – you need it identified). There is a blacksmith in the game that fulfils a couple of roles. Firstly, he can help you identify the runes. Secondly, he allows you to socket runes into gear that has available slots for doing so. A rune might add poison resistance to armour or a crippling damage over time effect to a weapon. It’s stuff we’ve seen in other games in the past, but it works well here and fits with the theme.

Lords of the Fallen has some pretty clear inspirations, but it’s a very different game despite those influences – enough so that Souls fans can’t be guaranteed to enjoy this one. What it is is a challenging fantasy game with a good sense of progression that is entertaining to play, even if it’s got no chance of being remembered as a classic like Demon’s Souls and Dark Souls are.