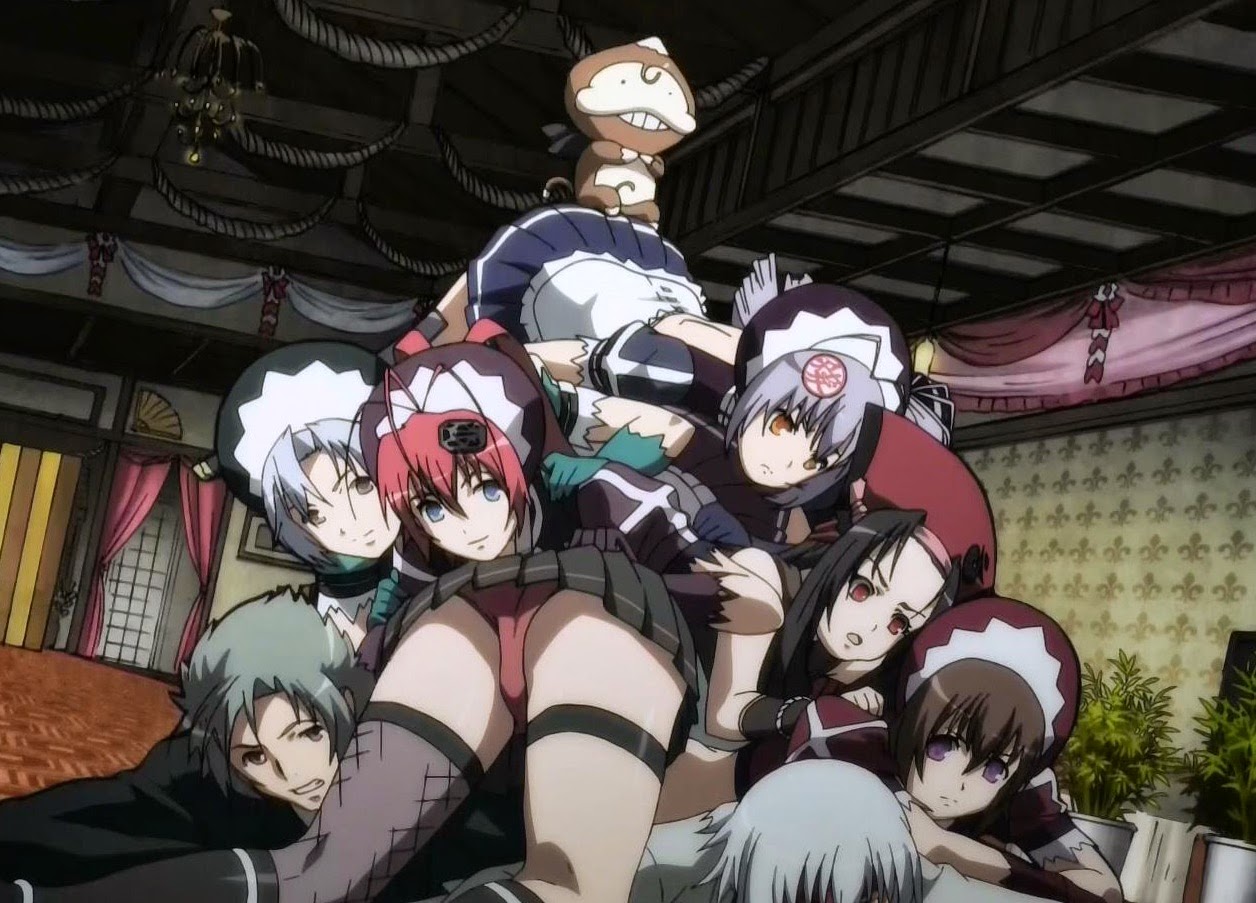 The good old harem genre. I don’t think I’m ever going to get sick of it, for the simple reason that it’s insane. It’s silly, it’s irreverant and, yeah, it’s on the embarassing side of ‘sexy,’ but ultimately I find them to be of the ‘leave the brain at the door’ kind of fun. Samurai Bride is a very standard kind of harem anime.

Samurai Bride is actually a sequel to the Samurai Girls series, but it’s easy enough to pick up if you missed that one. It follows the antics of Muneakira Yagyu, a dude has been able to save the world by awakening the power of powerful female samurai through a kiss. Everyone around him are women (harem anime, remember), and the new series focuses on their conflict with a group of even more powerful dark samurai.

By setting itself in a alternate universe where the Tokugawa shogunate has never been abolished, Samurai Bride is able to mix traditional Japan (it was the Tokugawa that enforced the isolationist policy of Japan for many, many years), and modern conveniences that work well for a harem anime, such as bikinis and maid cafes. These two things don’t necessarily mix well from a thematic point of view, but I’m not even going to pretend that this anime has any kind of thematic value. As a guy who likes thematic value, I quite appreciated the way that the Monogatari series managed to rework the harem structure into something deeply intelligent. Heck, the Ikki Tousen series has even managed to through a halfway intelligent idea into the mix from time to time, but Samurai Bride is much more interested in showing off underwear and boobs. 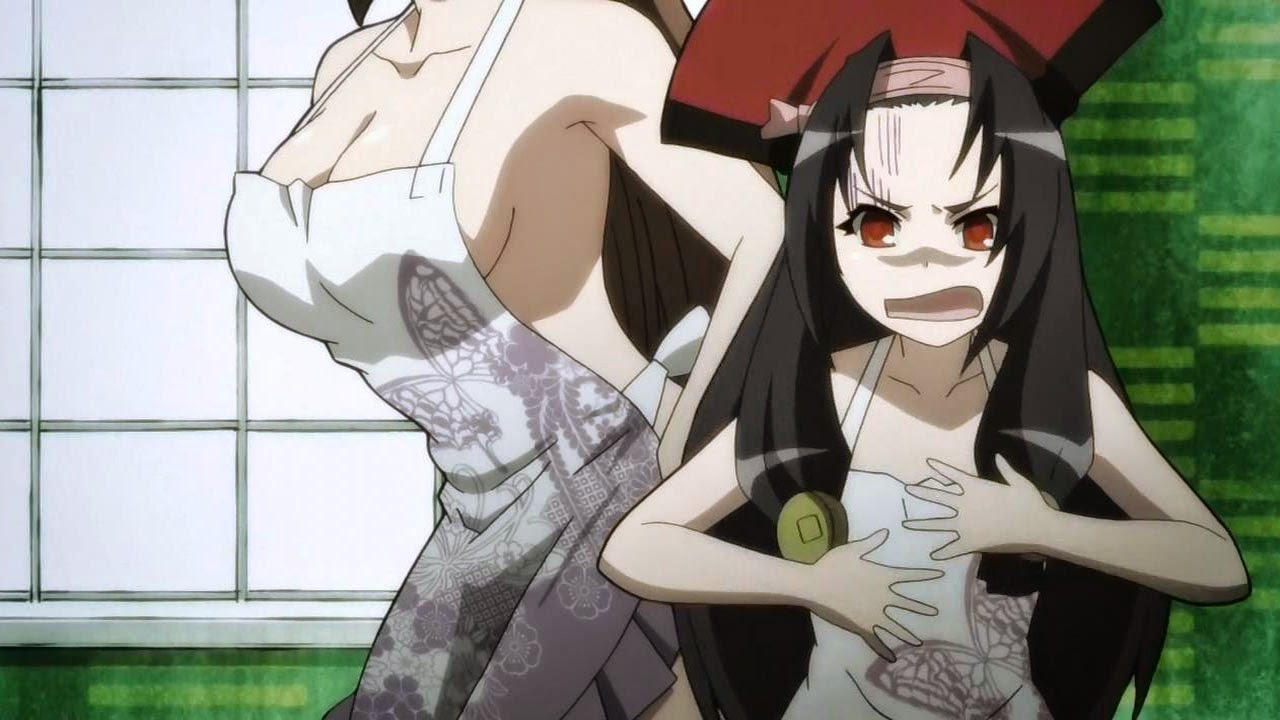 And there are lots of exposed breasts. There are nipples in the closing animation sequence of every episode. Heck, there’s even full nudity. Front-on nudity is especially ackward though, because there’s not actually anything.. down there. It’s like the bottom half was a mannequin’s bottom from a fashion shop, and given the effort that’s gone into drawing everything else, I’m surprised the artists didn’t simply come up with clever camera angles to obscure the bits they were obviously not willing to test the censors on.

There’s not really any attempt to do anything sexy or humourous with the nudity either, and this is the most indefensible side of the fan service for my mind. The Monogatari series deliberately uses the sensuality either for a genuine erotic effect or to otherwise push one of its key philosophies or themes. An anime like Date A Live uses the fan service deliberately in order to produce satire. Kill La Kill uses fan service to subvert the audience’s expectations of fan service. There are plenty of ways to introduce fan service into anime, while doing it in such a way that justifies its includion. But Samurai Bride instead expects people to find it funny because it has fan service, and that gives it a significantly different tone. I find this to be both an example of weak writing, and it’s this kind of anime that deserves the criticism that it gets from people that like to criticise the various vices of anime. 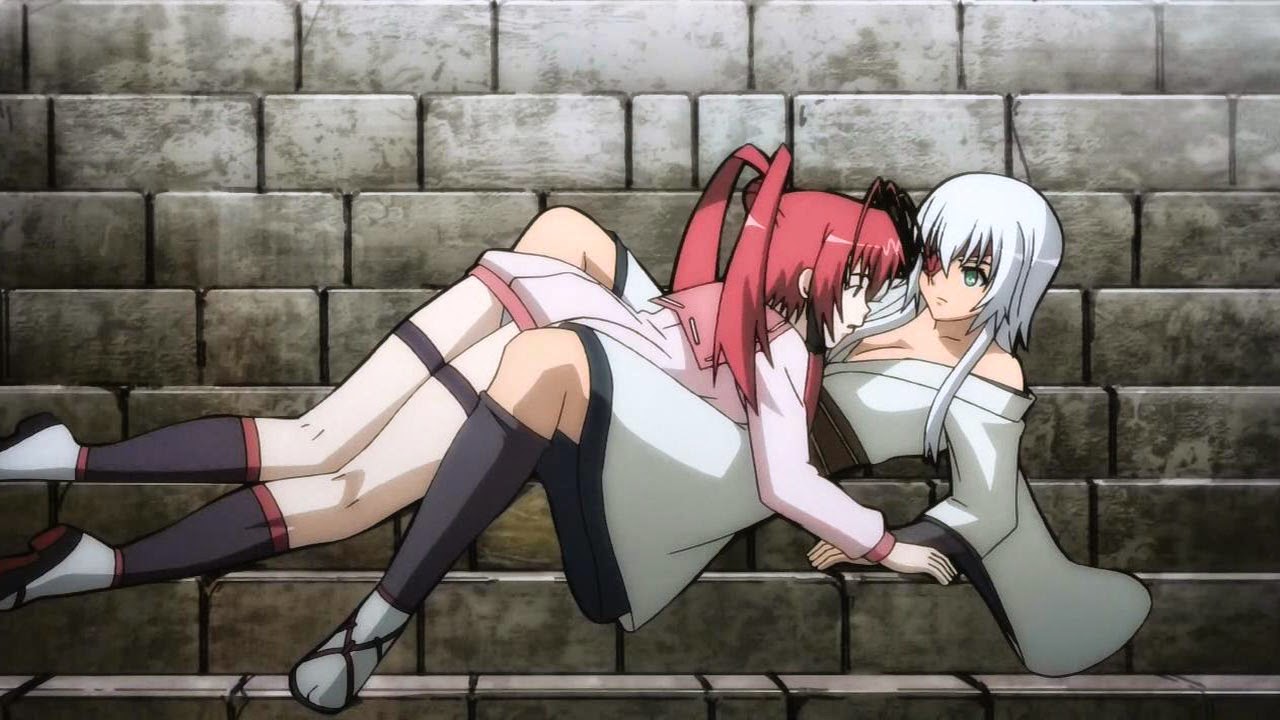 Now with all of this said, if you’re the kind of person that is comfortable – or enjoy – fan service-ladden anime, then you should enjoy this one. The actual aesthetics of Samurai Bride is impressive, with attractive characters (and – ahem – their figures) and environments that reflect a good mix of old and new Japan. The voice actors sit somewhat on the side of cute, but it works within the context.

I’m honeslty surprised that the anime landed a rating of just MA15+ in Australia, given the excess of sexualisation and nudity. There’s some standard bonus features on the DVD, with promos and textless opening and closing animations, but you’re going to want to be a real fan for a streaming service to not be enough. I like the harem genre (actually, hell, I really like it), but it can surprise people with how nuanced it can be these days, and I don’t think it’s unreasonable to expect more than what Samurai Bride offers.

Atelier Rorona is coming to Nintendo 3DS… and she’s adorable