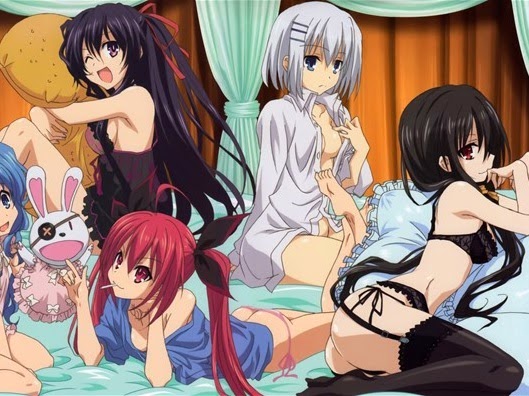 Here we go. I bet you were all looking forward to just what I had to say about Date a Live, otherwise known as “that incredibly popular anime with all the fan service.” Offensively popular, according to a more than a few people.

Unsurprisingly for an anime that belongs to that ever-controversial harem genre and featuring enough fan service that it would be impossible to watch in public, there’s more than a few people out there that have an issue with the way that Date a Live represents women and the raw amount of flesh that the show takes every opportunity to put on display. The anime doesn’t miss any opportunity to go after the cheap laughs either and because it generally aims for the bottom of the bucket with that humour it’s difficult to twist the brain around to see it as satire.

So, with all that in mind, let’s talk about Date a Live as an incredibly silly, hopelessly juvenile bit of nonsense. Because it is a true guilty pleasure. Without making excuses for what it is, I did genuinely enjoy watching this series. 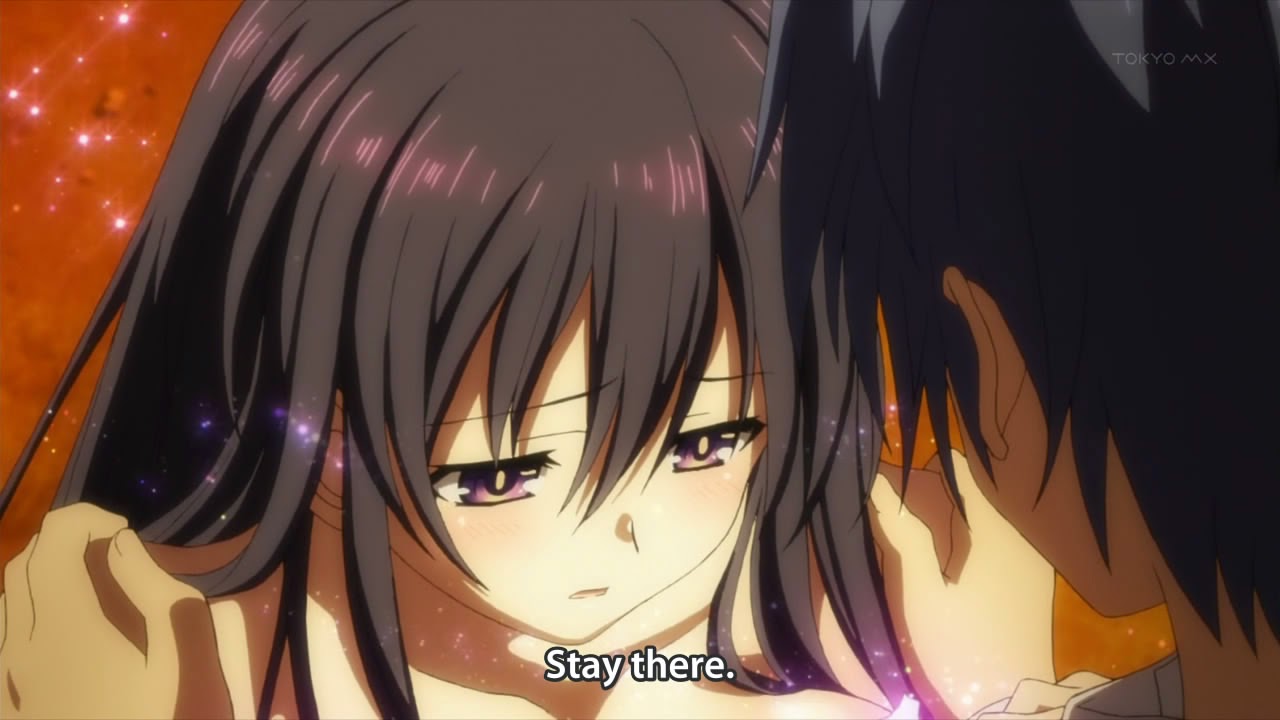 With this story we follow the exploits of the male protagonist, Shido Itsuka, and a whole bunch of alien spirit things who look oddly like cute anime girls. These spirit things have come down to earth and can cause all kinds of destruction if left unchecked, but humans can’t do much about it. Enter Itsuka, who discovers that he has the capability to stop the destruction by winning the trust of these spirit girl things, and then kissing them.

Everything that happens within the anime is every bit as silly as that premise. Action sequences are silly, costumes are insane and conversations are ridiculous. And there’s silly, and then there’s armies that launch bombs that looks like turnips at its enemies.

Because so much screen time is dedicated to silliness, across the thirteen episodes of this first season, very little actually happens. Shido discovers his ability, and then meets the spirits, and then then spends most of the rest of the series trying to prevent each of the spirits from getting upset and destroying the world. Because it’s a harem anime Shido is constantly dealing with so-called “funny yet embarrassing” situations where he needs to has to placate multiple girls that are all over him at once. It’s difficult to excuse: because the girls seem to serve no function beyond being slavishly devoted to Shido’s every beck and call, Date a Live absolutely deserves the various feminist critiques that have been levelled at it. 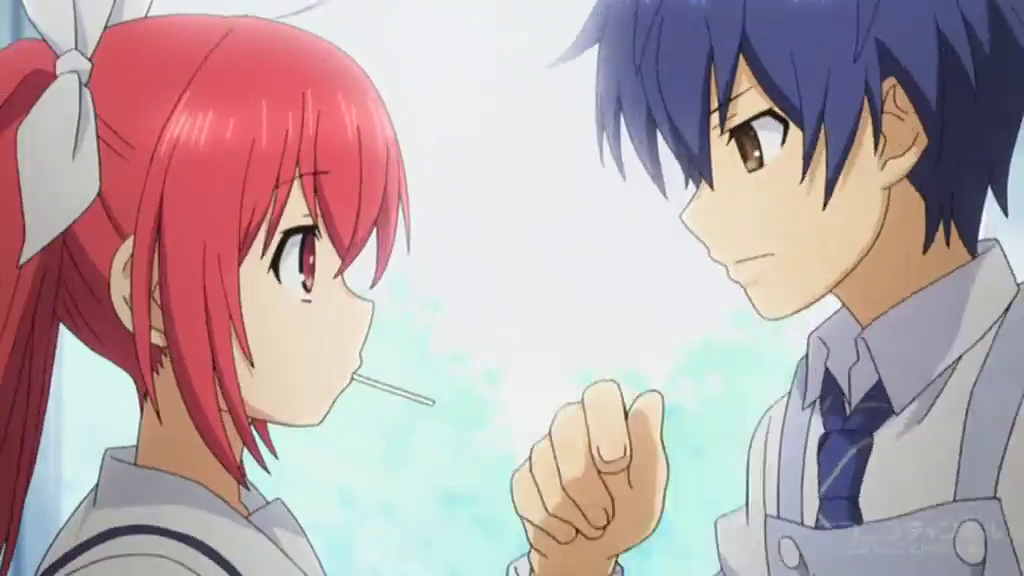 It’s clearly a scenario that has been designed for the ackward teenage boy type. Playing right into the fantasy of a school loser, not only does Shido get to have all the prettiest girls at school mewing over him 24/7, but he gets to overcome his awkward teenage boy-ness to speak to them thanks to a secret organisation that gives him an earpiece to literally relay to him the precise lines that he needs to say in order to make each of the spirit girls swoon over him. The idea that winning over women can be reduced down to a couple of choice lines and some basic personality analysis is really quite insulting, but if you’re sitting there watching this anime and inclined to be offended by it then you’re probably not going to even get to the point where you’ll have to mentally process this concept. You’ll likely turn it off in the very first scene where Shido’s “little sister” (she’s not really, but she’s introduced as such) is in his bedroom flashing her underwear everywhere.

And yet, even as it saps my IQ, I find myself greatly enjoying Date a Live. Part of this is no doubt due to the incredible character designs. Tsunako (the same artist behind the awesome Hyperdimension Neptunia characters) is a true specialist. Her designs always hit just the right notes for the otaku, and Date a Live is no different. For what it is, it’s actually quite gorgeous, and even if the dialogue doesn’t leave the greatest of impressions with regards to any of the characters, the character designs give them distinctive and interesting personalities all by itself. This anime is clear proof that art design does indeed compensate for a whole lot where anime is concerned.

In fact, the anime’s production values are well ahead most of its fanservice-heavy peers. The animation quality is smooth, and there’s a bright richness to the environments and use of colour that mark this product out in terms of its art direction. 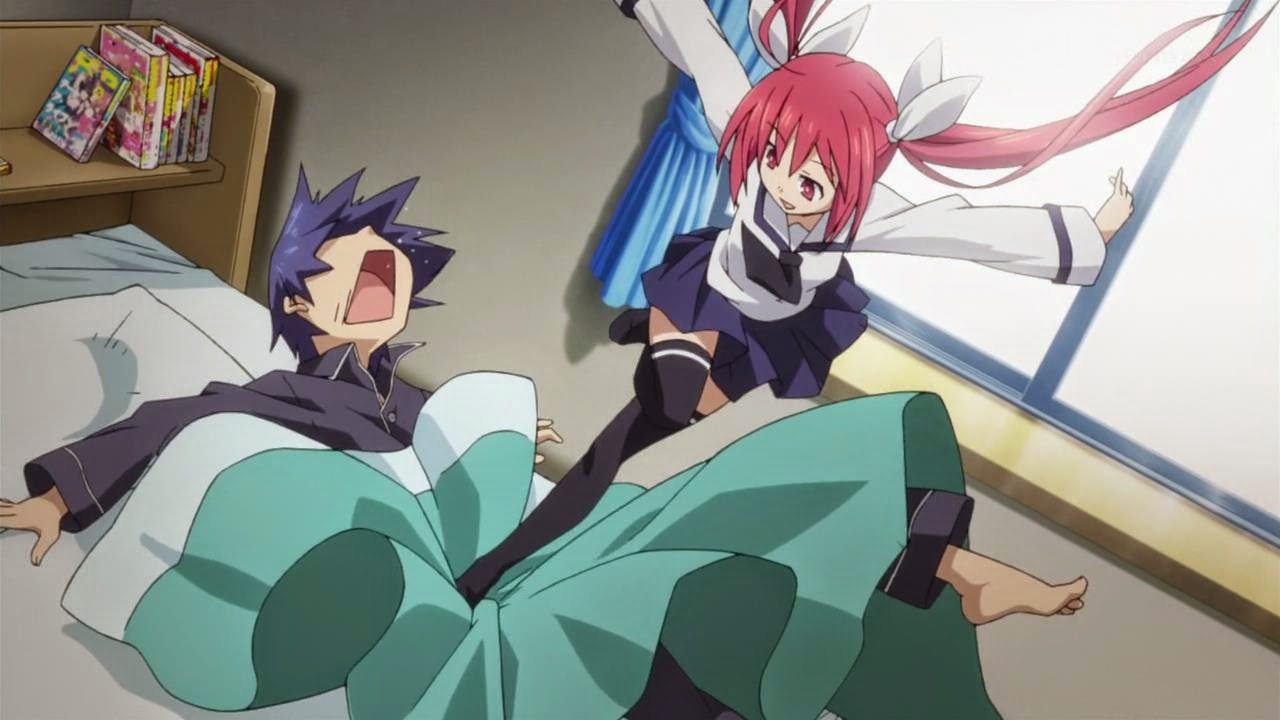 So while it’s impossible to excuse Date a Live’s exploitation and while some of the other criticisms that you’ve probably read of the anime are perfectly valid, as a purely guilty pleasure, it’s easy enough to see why this one is popular even as its peers are relegated right to the periphery.

With regards to the more technical side – on Blu-Ray the vibrancy of the animation really is at its best. You’ll only get a smattering of useless extras by going to the expense of buying this on Blu-Ray, but if it does amuse you for whatever reason, it is better to watch it on Blu-Ray than the relatively cheap DVD or streaming quality.

Idea Factory to release Hyperdimension Neptunia RE;Birth 2 on the Vita in the west